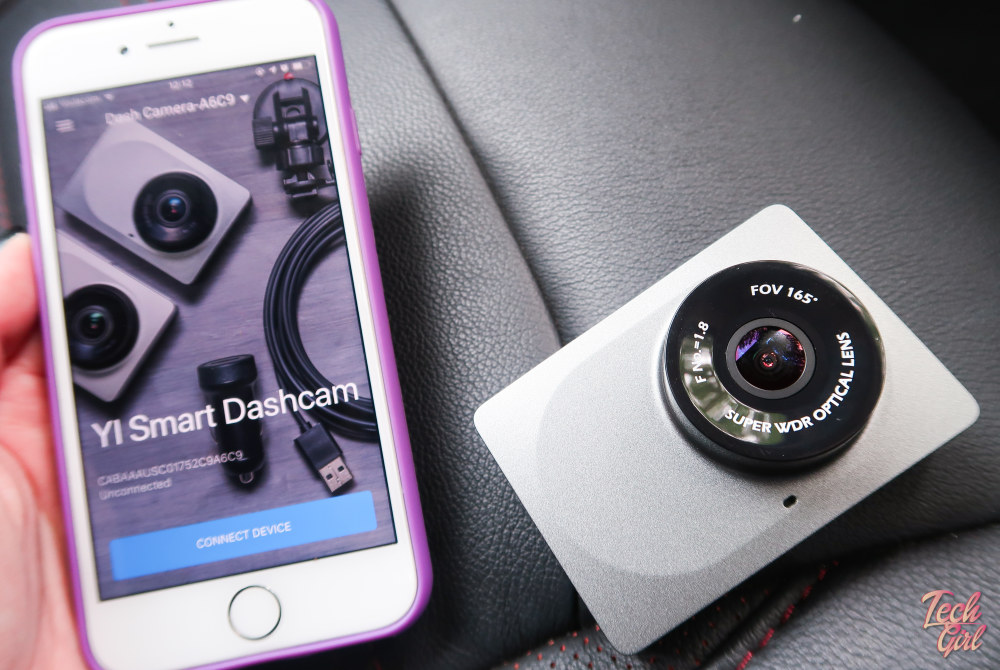 Do you need a Dash Cam for your car?

Before I even begin this blog post I need to apologise. I originally used the Yi Smart Dash Camera while I was overseas. I set it up in my car with the intention of creating a funny video “tracking” Player 2 and ensuring he drove my car well (ideally hoping to catch him out for some less than satisfactory treatment of said vehicle). Unfortunately this video concept failed because:

But you’re still getting a review! 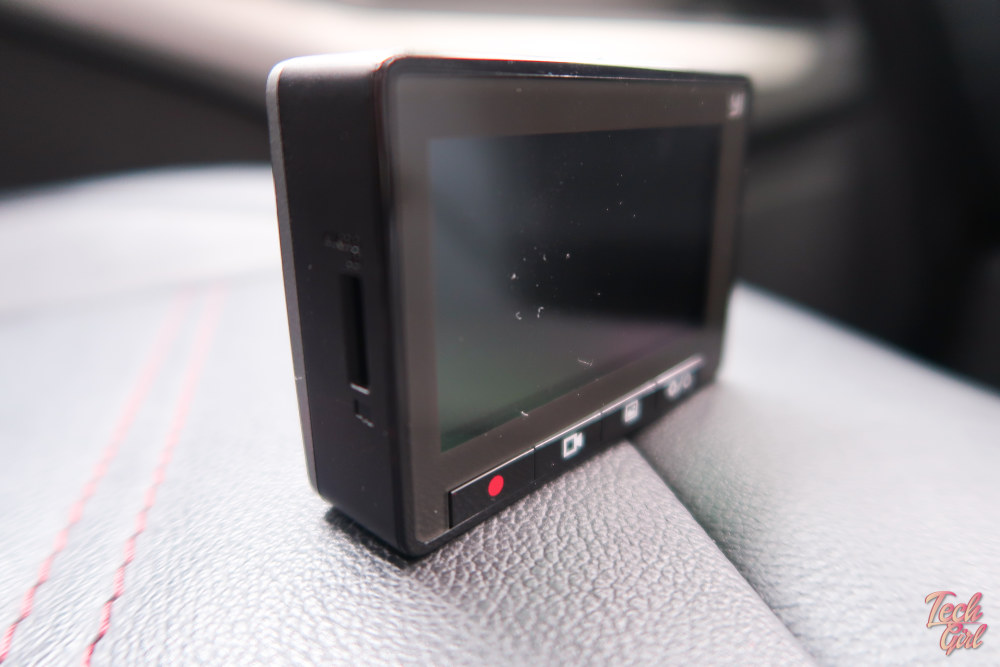 Here’s the thing, I’m willing to break down exactly what the Yi Smart Dash Cam can do, how it works and what I thought. But ideally I think I need to answer the most important question which is: do you need a Dash Cam for your car? And I’ll answer it. It will be the main point of the entire post, but let’s first get into the Yi Smart Dash Cam and what it offers. 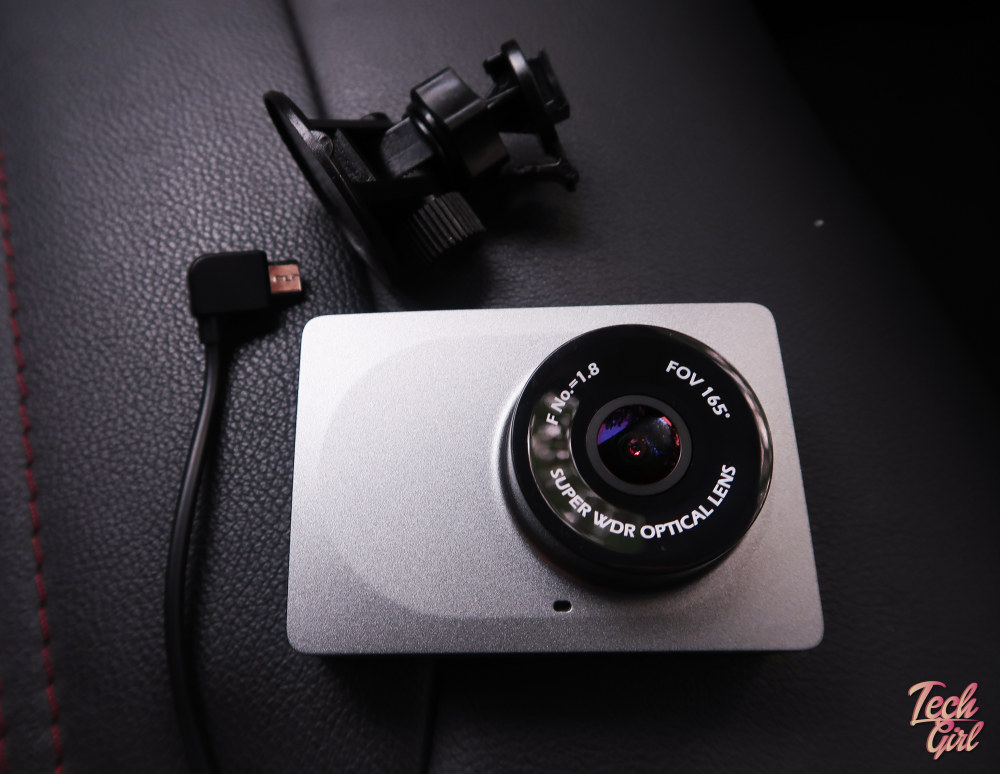 Straight out the box you get the 7.2″ LCD screen camera, a mount, a USB cable and a cigarette charger with a USB input. The camera itself is super light and, if I’m honest, I thought it looked a bit cheap at first look. Possibly an unfair judgement because in order to make it light and durable in your car it needs to be made from lighter plastics which can sometimes give that less than premium look. The camera powers up either by being plugged in via USB or, it has a relatively short lived battery for emergencies. 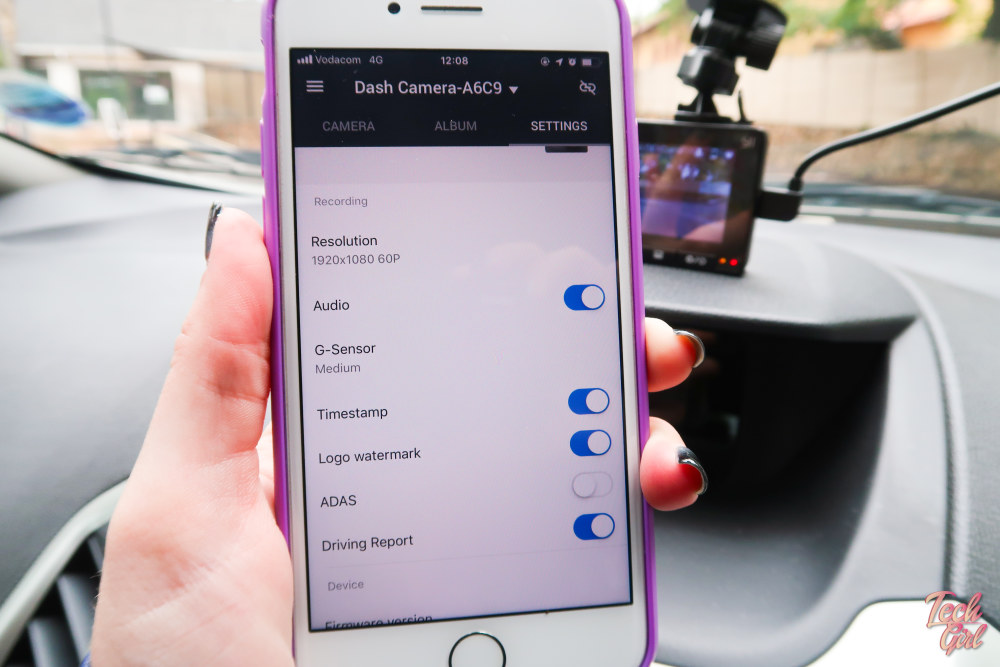 Setting it up was the easiest thing ever. You just download an app which you can get via iOS or in the Google Store and get going. The Yi Smart Dash Cam has built in Wifi so it quickly connects to your phone where you’re able to handle video quality, adjust balances and download video direct (thus spying on Player 2 became easy). You also need to add a Micro SD card to save said video footage, that isn’t included so you’ll need to spend on one of those. Getting it set up and good to go was relatively quick. In fact I found it took longer to set up the included mount then it did the actual camera.

How does it work 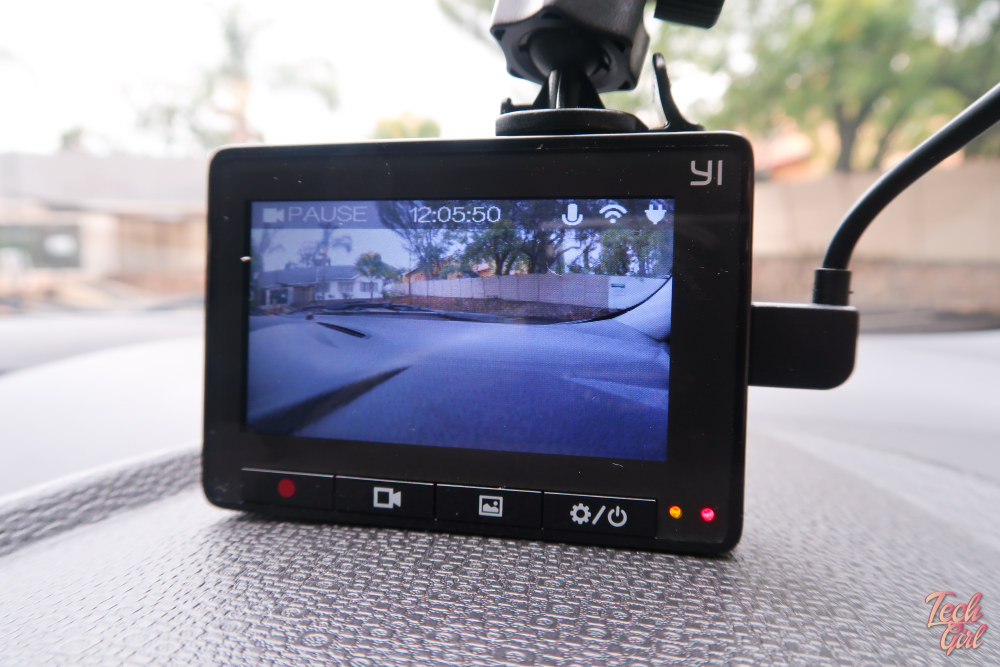 The Dash Cam records in the following:

This was the bit that surprised me – the recording was really good. I know it sounds odd to be surprised but I’ve tested a lot of gadgets over the years and video is usually the one that under performs the most. Call me cynical but I expected this Camera to under deliver before I even opened the box – and how wrong I was. The image wasn’t unstable or jarring at all, even when I was recording with the camera not secure on my dashboard (I’ll get to the fights I had with the mount later). The YI Smart Dash Camera is a Dash Cam. It is designed to record your time on the road and it does just that, it does it well. If you’ve plugged it in to the USB connection or charger in your car, when you turn on the ignition it starts recording and you’re good to go. 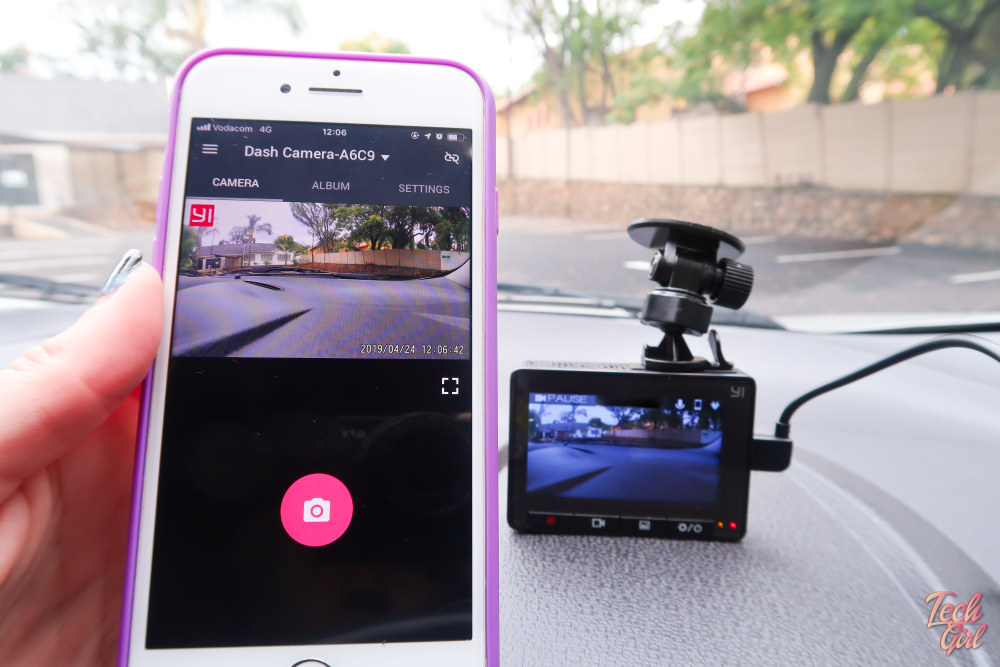 But now the bits I didn’t like: I found the mount to be useless. I hated the sticky adhesive and would prefer a suction mount, which I’ll likely end up purchasing. It seemed a bit flimsy to me and I wasn’t a fan. I also have serious concerns about the USB cable dangling from my roof to the charger. In a country where your window gets smashed for a cellphone it felt a bit like a giant sign screaming: smash my window and grab this very obvious electronic device. But, these things can be fixed with a little bit of time, tape and possibly a few third party mount purchases. There’s also this added feature on the YI Smart Dash Cam called Advanced Driver Assistance System. It’s meant to analyse your driving, notify you if you’re moving out your lane or getting too close to the car in front of you etc. I couldn’t get it to work and that frustrated me. So if you absolutely need that addition, be warned.

But do you need a Dash Cam? 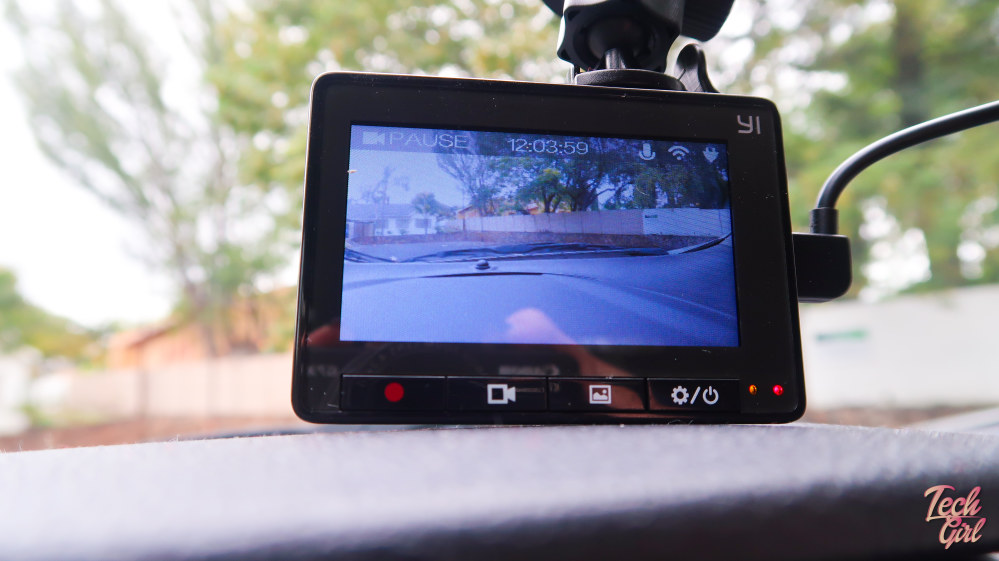 I’m still not sure if this is a must have gadget to add to your collection, but now that I’m using one I have realised how many uses it actually has. For starters, if someone does decide to smash my window and steal it there is a very good chance the emergency battery could kick in and keep recording long enough for me to catch a look at the culprit’s face. This probably has a very small chance of actually working out like that but the option is there. If you’re hijacked or your vehicle stolen, the camera is on and the criminal forgets to unplug – you may very well be able to track your car in real time (but this is not a device to replace a good tracking system).

If you have multiple drivers for your vehicle, like newly licensed 18 year olds, this is a worthwhile investment. You’ll very quickly be able to open the app, download video and watch how the vehicle is being driven or even where it is. Which I imagine has a host of benefits. 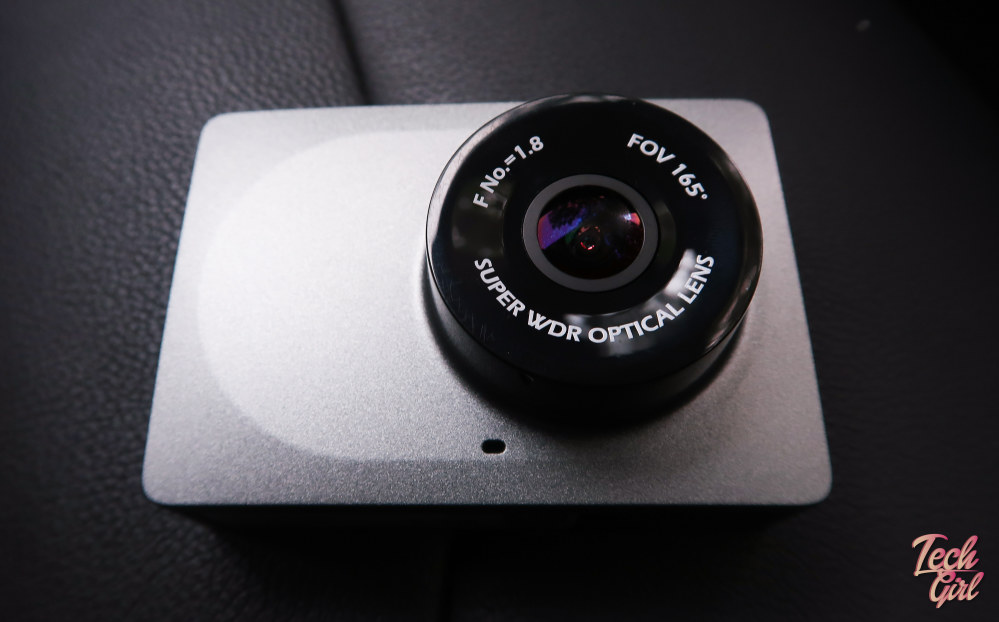 Obviously the big bonus here is the insurance benefit. Having everything on camera allows for video evidence proof when you need to make a claim or prove your innocence in a car accident – which is its main selling point.

I do think if you’re someone who is in traffic daily for work or spends a huge amount of time on the road this is a worthwhile purchase. Also moms of teenagers or people who share vehicles – buy this. For me? I’m not so sure. But considering the price point is decent, with it only costing R999 at Makro, (the camera is distributed locally by Syntech and available at a few retail spots) it isn’t going to break the bank and makes for a nice to have. Especially in road emergencies.

Disclosure: I was sent the YI Smart Dash Camera to review. I’m allowed to keep it. 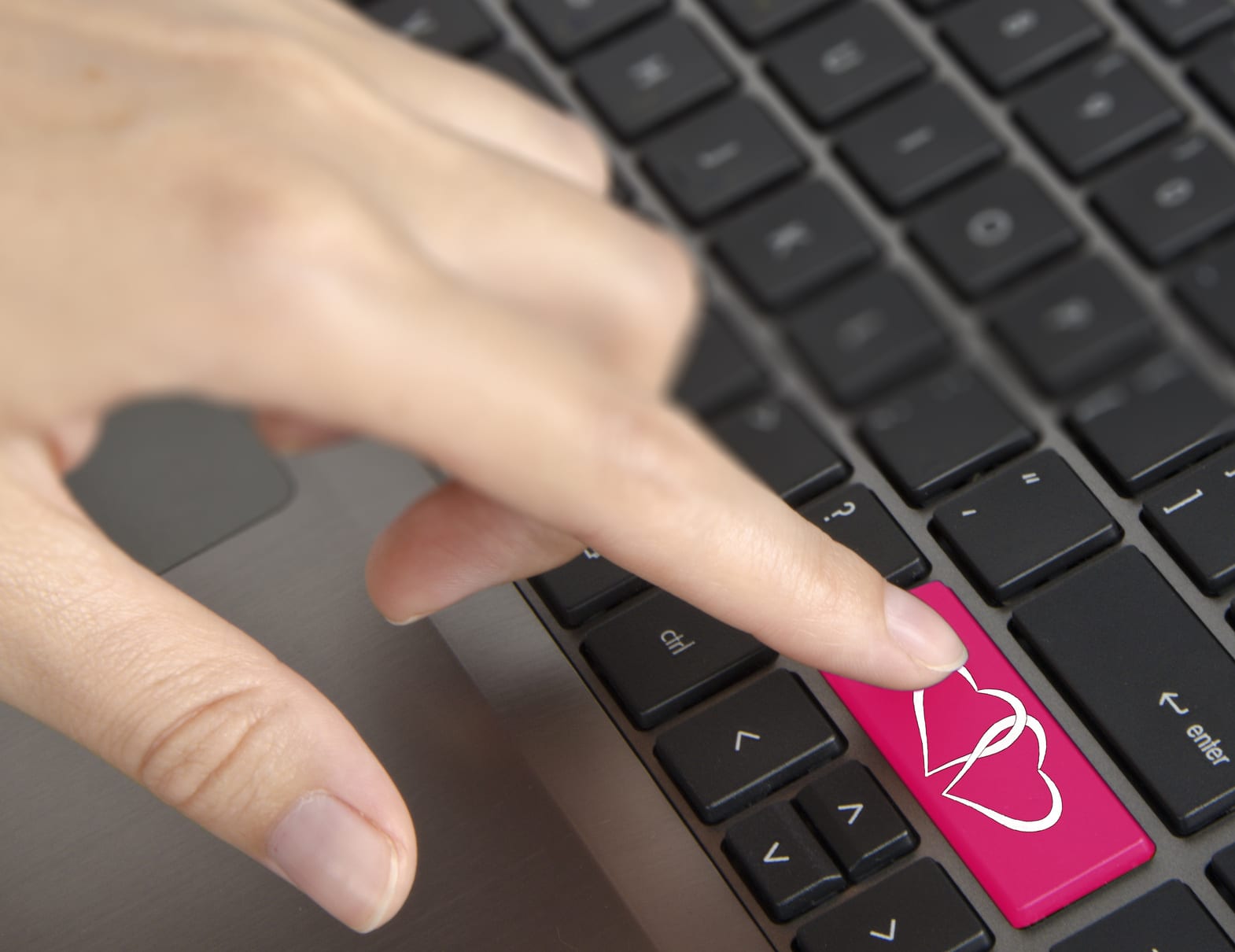