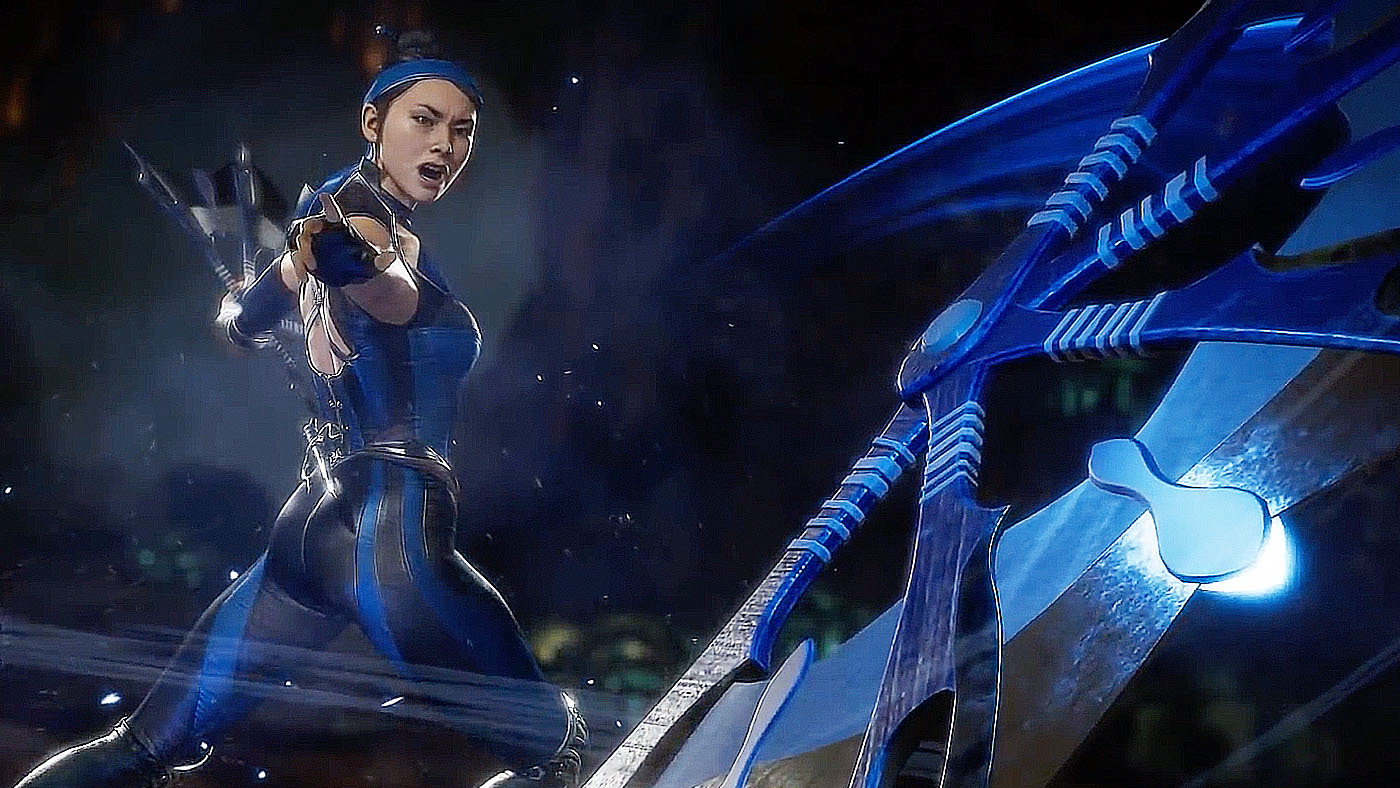 My long weekend was spent listening to unusual seasonal rain while I was cosy on my couch, wrapped in a blanket and beating the sh*t out of my enemies while jamming Mortal Kombat 11! The game releases today (Tuesday 23 April). I was given an early review copy on Thursday afternoon courtesy of Warner Bros. While I redeemed the code I didn’t truly snuggle in to play until Sunday morning. Which is about the time I was transported to the joy of being a kid smashing buttons.

One of the first games I ever remember playing was the 1995 release: Mortal Kombat 3. We played that game for hours on end. I was 8 when the game released but clearly remember removing the CDRom from its box for years after that. We played that game weekly till we were about 11. I also remember being a little bit limited with the female character picks in Mortal Kombat 3. There was Sonya Blade, the blonde haired military lieutenant, Sheeva, the female Shokan with her four arms and body builder physique and Sindel. Who I’ll get to a bit later. 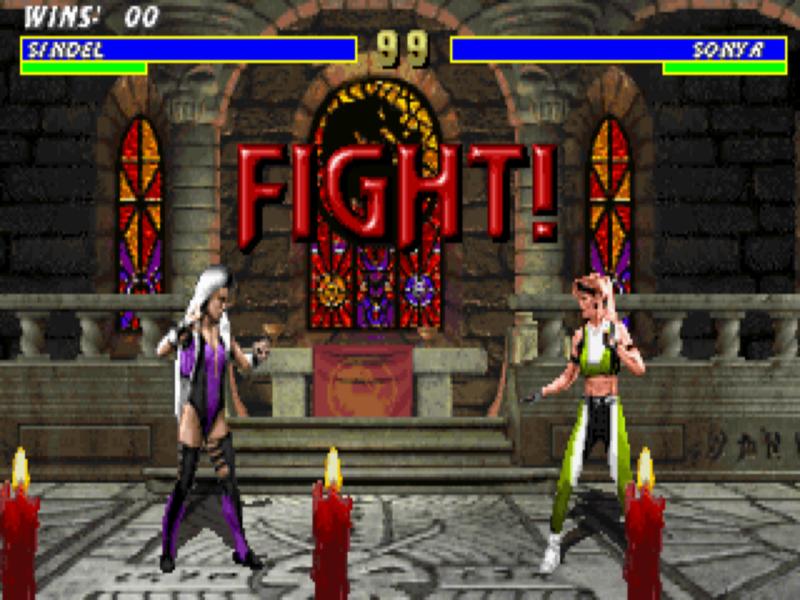 I’ve played Mortal Kombat games since MK3, but my introduction to gaming was encapsulated by MK3. So every Mortal Kombat game since then has to live up to 10 year old Sam using her super sonic scream to take down Sub Zero (again, more on that later). Firing up Mortal Kombat 11, I was curious to see how the game played out and if my favourites would make a return. 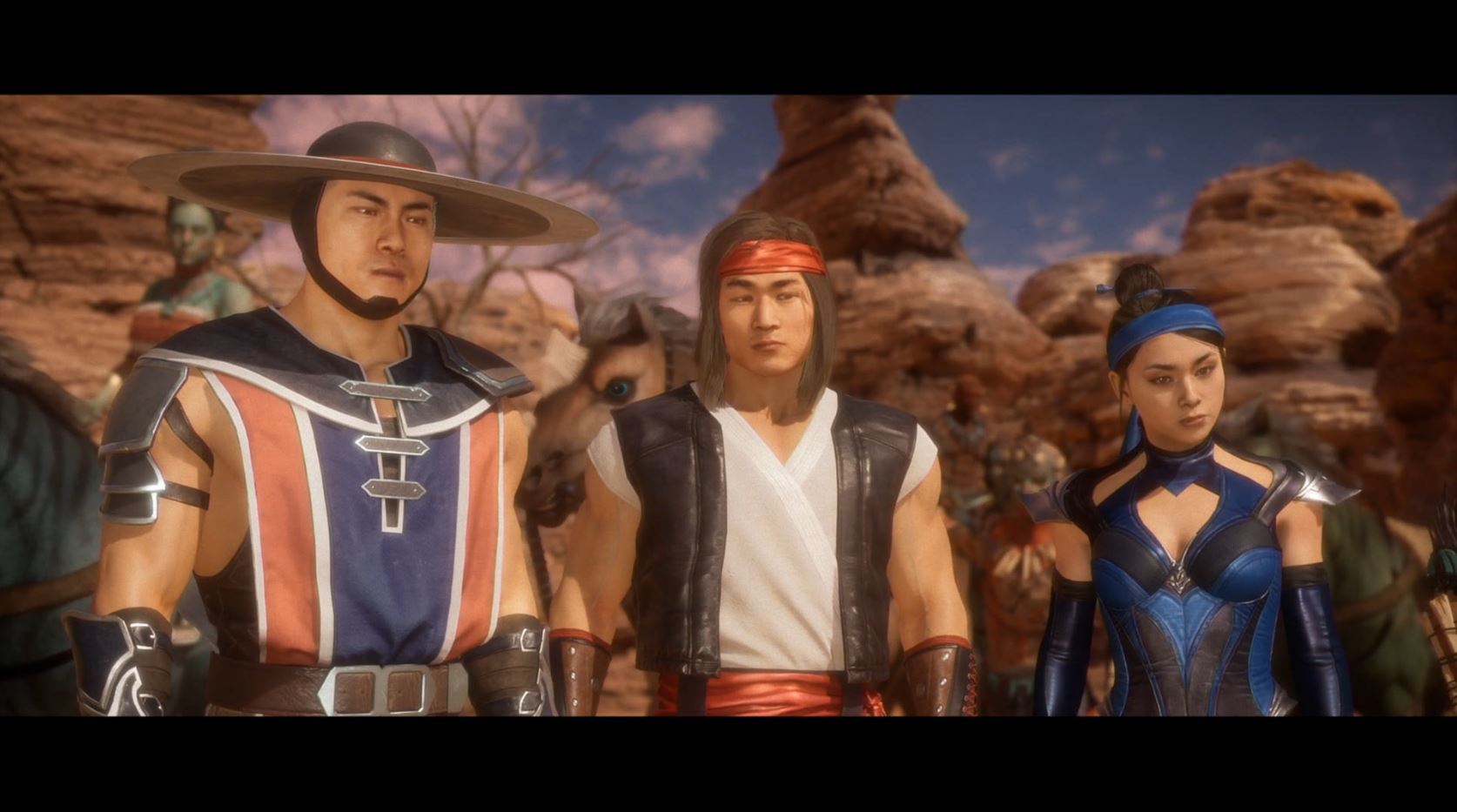 I played the story mode through Sunday and Monday. In all fairness, I had a few big breaks in between. The story mode is going to take you 5 to 6 hours to complete, depending on how long it takes you to get through the various fights. Here’s the thing – whether you’re a hardcore Mortal Kombat fan or, like me, still holding on to your childhood, you’re going to absolutely love what they’ve done with the series and this story. A quick recap if you like: we have a new baddie in town and her name is Kronika, mother of Shinnok and Cetrion as well as keeper of time. She’s a bit pissed that Raiden ripped Shinnok’s head off and tries to hide that by rattling on about “balancing time”. She wants to restart everything with one major difference: no more Raiden. Quick insight, if you’ve never played a Mortal Kombat game, Raiden is kind of important. We don’t want a world with no Raiden. 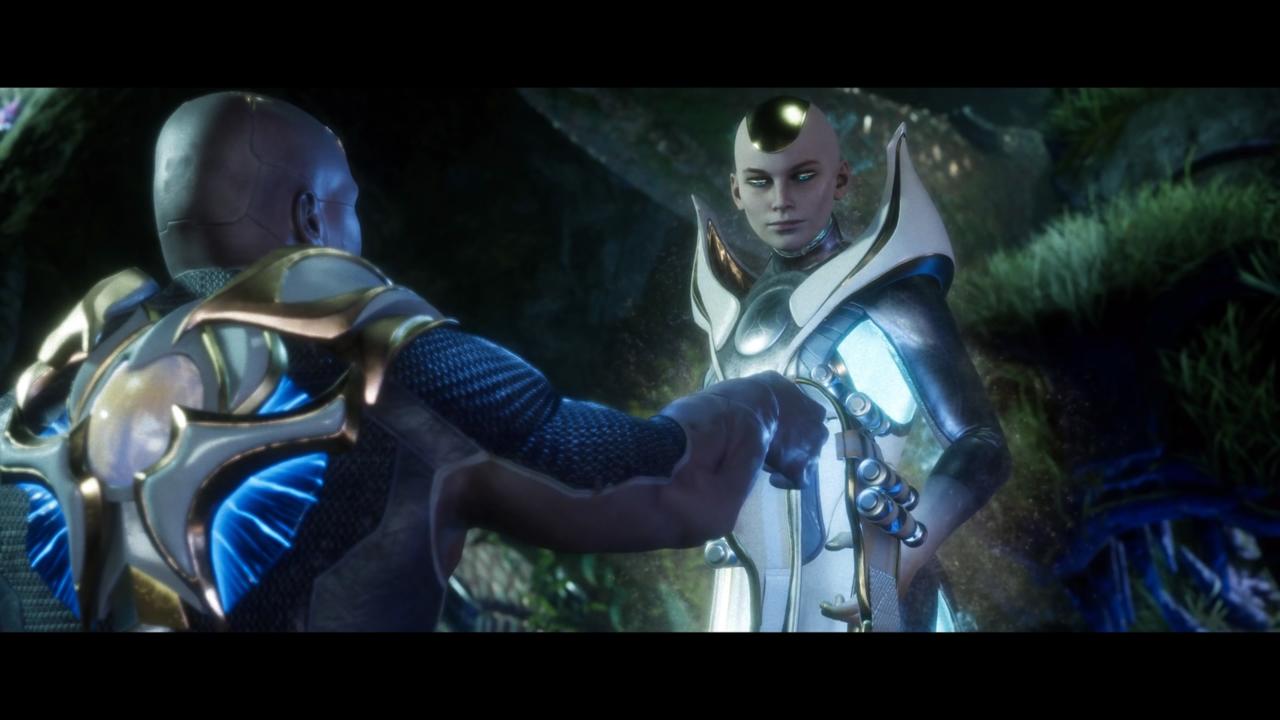 Kronika sets her plan in to motion, a time quake occurs and the real fun begins. The time quake means all the time lines are messed up and suddenly younger versions of your favourite characters find themselves in the world with their older counterparts. Shao Kahn arrives back with his evil warriors as does the very much alive Kitana, Liu Kang and Kung Lao. At about this point I screeched like a little girl because watching the older but still younger, characters interact with their older selves was rad. Johnny Cage returning in that awful blue purple jacket with his Johnny tattoo emblazoned on his chest had me hyped! And from here on it is up to the good guys to stop Kronika.

The story mode plays out more like a movie, where you watch epic battles and beautiful cut scenes while occasionally having to button bash your way through to the next part of the story. Giant spoiler: The story mode has pulled a Marvel/DC/Star Trek type ploy and allows for a compete reset of the game’s narrative. Clever.

Before I give away too much, let’s get in to my four favourite fighters from Mortal Kombat 11: 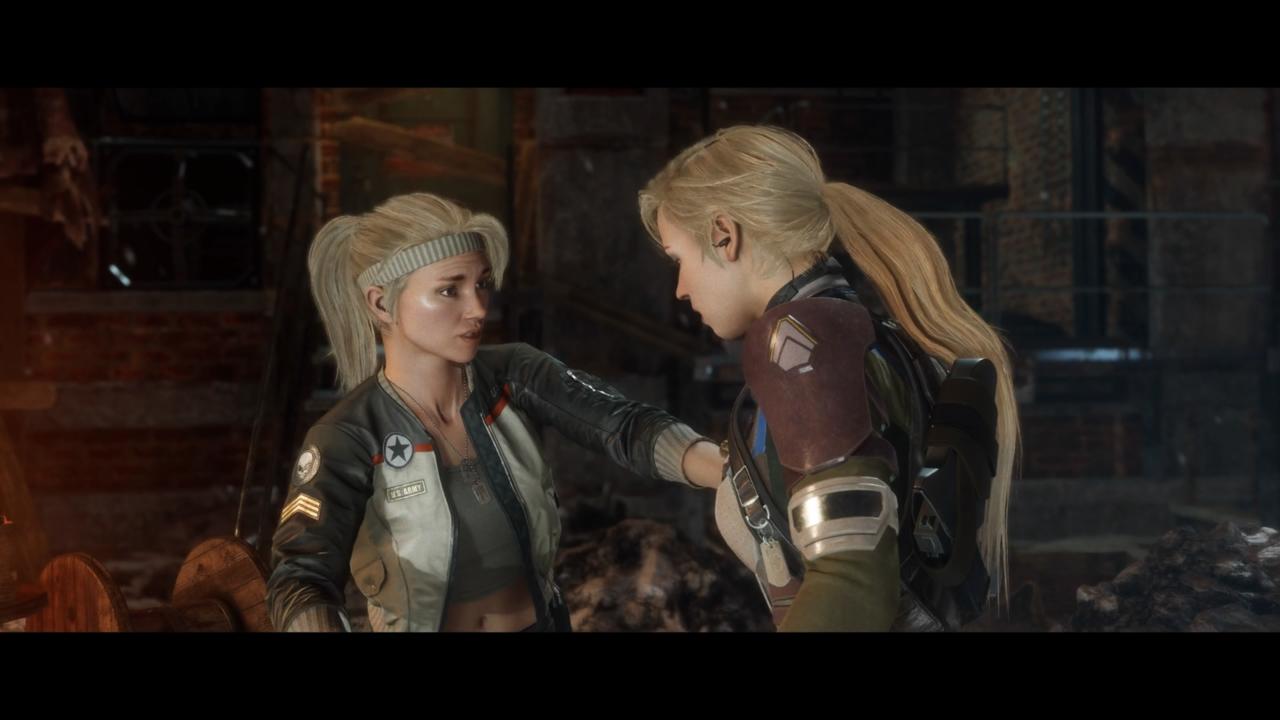 Sonya Blade’s younger self pops back into the game with her silly headband, high blonde pony tail and crop top outfit. While her combat jacket isn’t green, I was pretty stoked to be reminded of the Sonya Blade I knew. She’s also got that full on distaste for Johnny Cage, which I love. Even though it is kind of odd because older Cage is there and all mature, plus their future daughter Cassie, is watching the whole thing go down. I also enjoyed fighting with the character in the story. She’s quick, nimble and there’s something rad about wrapping your purple wire around an enemy’s neck. If you grew up playing this game, as a young girl, this character played a big role in your life. You’ll appreciate the younger version popping back up. She was voiced by EFC/WWE fighting legend Ronda Rousey and that’s probably my only criticism. I dig Ronda but I thought her voice lacked something here. 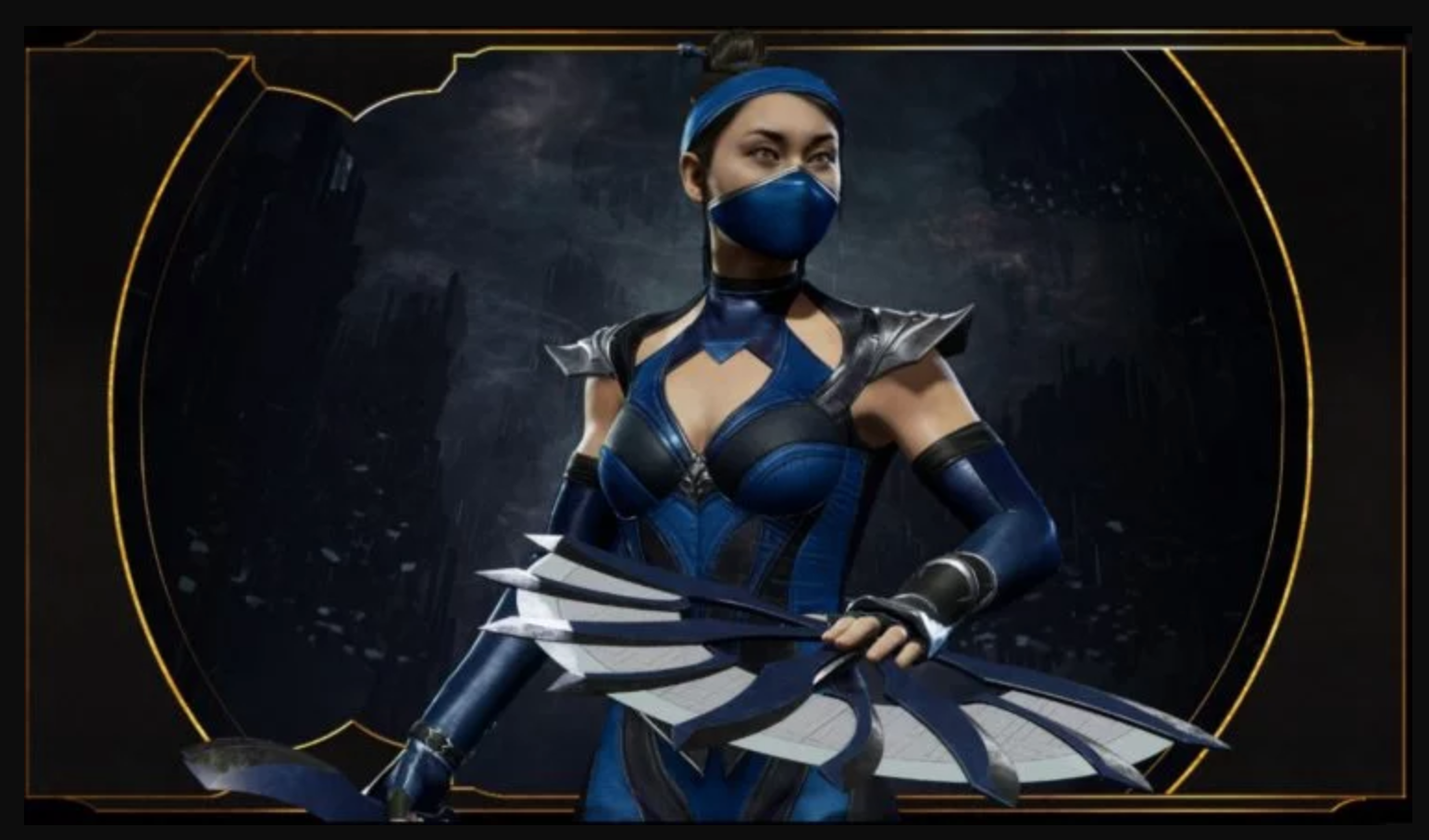 I always felt like Kitana got the short end of the stick. A princess adopted by Shao Kahn and named his daughter, she had the evil stepdad and a love for Earth realm (as well as Liu Kang) story thing going on. Kitana’s that evil fighter in the blue with the razor blade fans, if your memory needs a jog. In years past she received a bit of criticism for fighting in super high heeled thigh high boots and a ridiculously low cut costume (I’ve actually written about realism in Mortal Kombat fighting outfits here, if you want to read it). This time she’s kitted out in fighting ready attire that still speaks to the Kitana we know and love. I also don’t want to spoil anything, but she finally gets what she deserves and it is rad. It made me extremely happy. I’m stoked her story arc finally reached the point I’d been waiting for. Which is why she’s on my list. 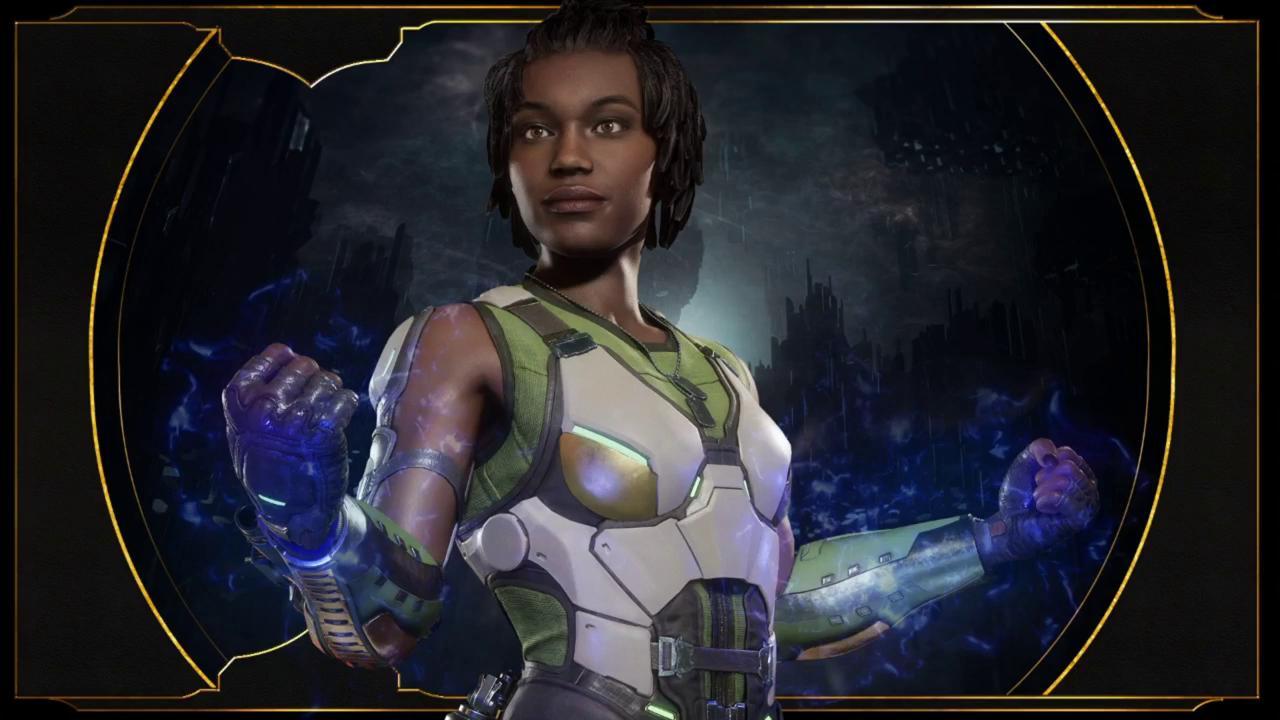 Introduced to us in Mortal Kombat X, Jacqui flew under the radar for me in X. But in 11, and as the story unfolded I preferred her over Cassie Cage. While Cassie is considered the super star after defeating Shinnok, I just prefer Jacqui as a character. There’s no big flash or spot light on her. She’s chilled, serious and focused on the task at hand. I dig her vibe. Playing with her as a fighter isn’t as fun for me as say young Sonya, and even Cassie to a degree, but I keep finding myself drawn to her. I think she’s more interesting and dynamic than Cassie. So she’s made my list

My fourth favourite is Sindel – WHAT WAIT? 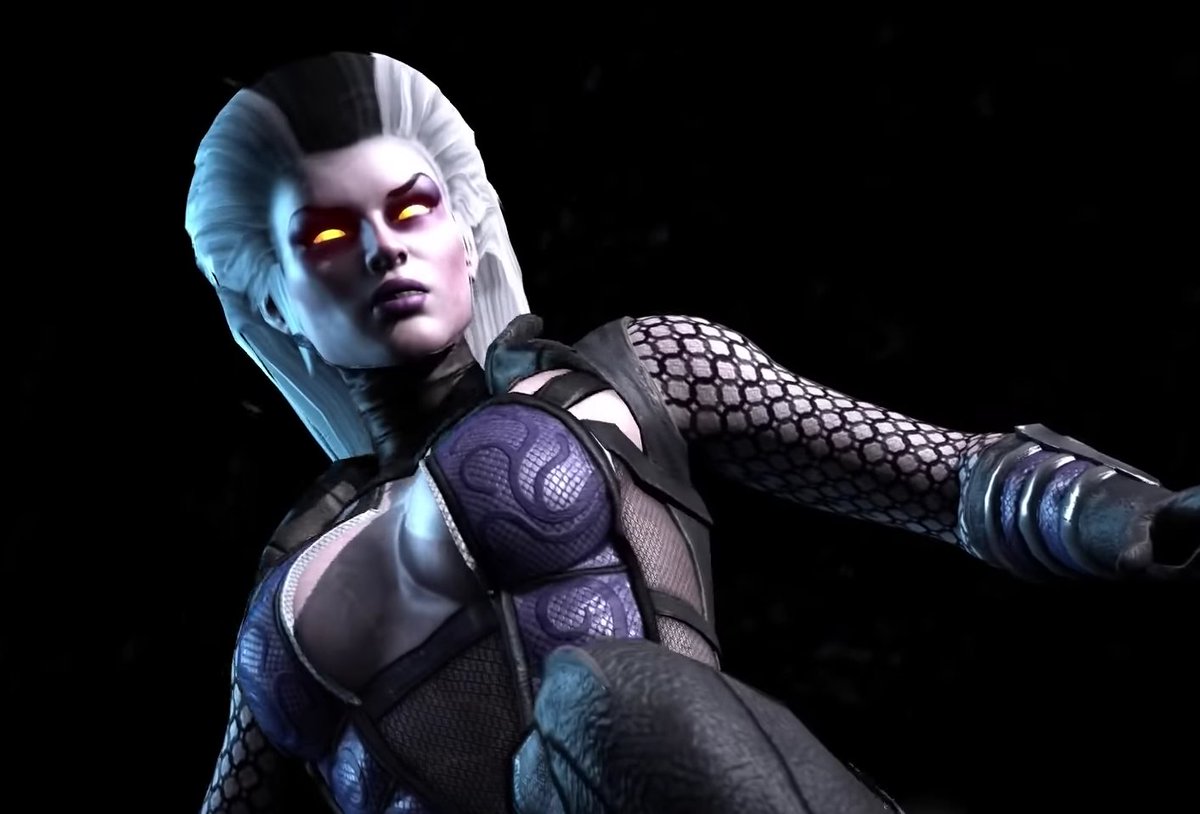 People who’ve played the game are not impressed right now. Sindel doesn’t feature in Mortal Kombat 11. There’s mention of her during a conversation to Jax and Kitana references her mother a few times. But my hair swinging, screeching favourite is yet to make a return. However, earlier this morning there was a “leak” which suggests a host of DLC characters will drop. Sindel is on that list and I can only hope it is true. Sheeva is also mentioned in the leak. She appears in the story mode in the game but isn’t playable. So, here’s hoping they bring both back. It will be a family reunion for 10 year old Sam!

Played any of the Mortal Kombat games? Have a favourite character? Let me know who it is in the comments below. 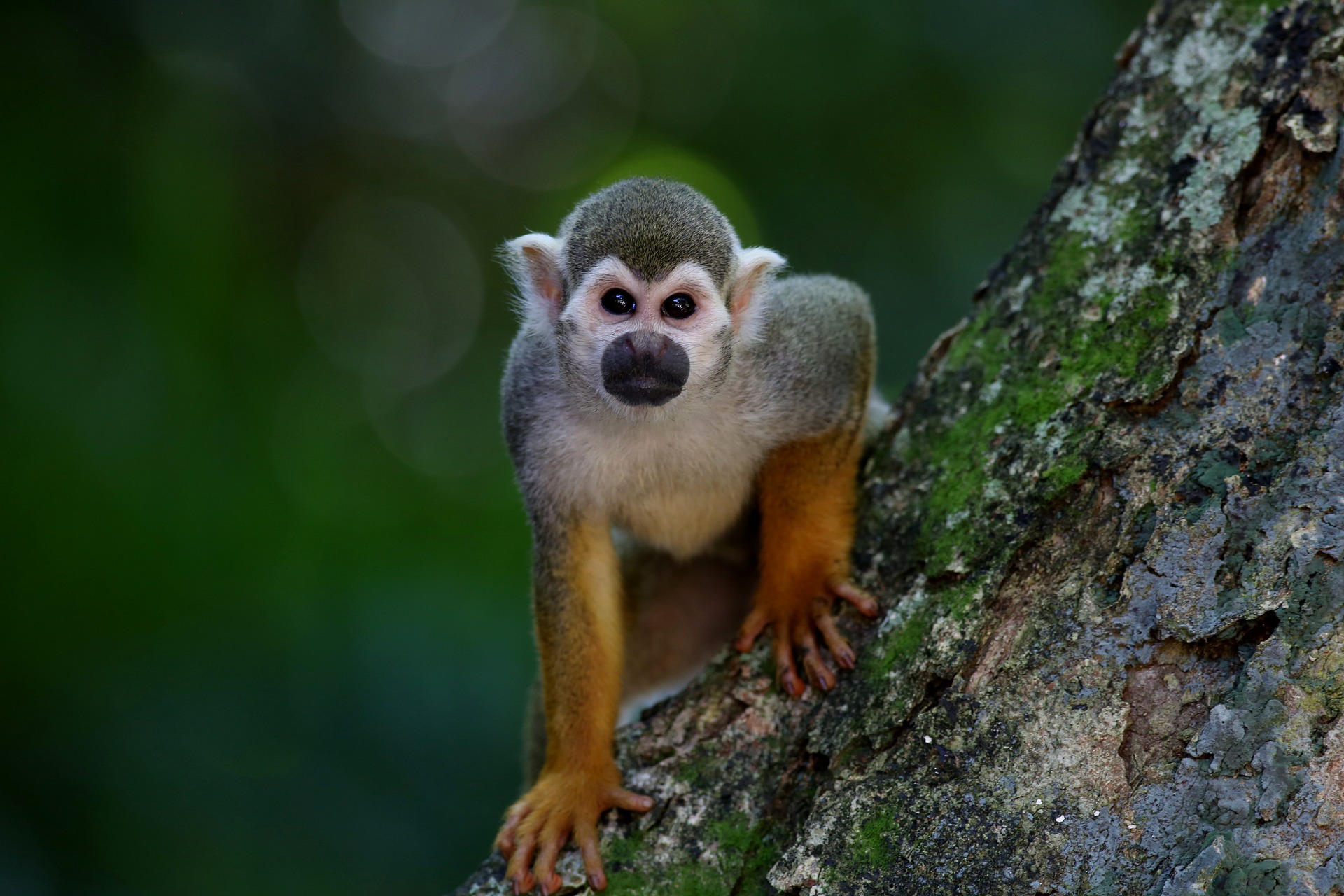