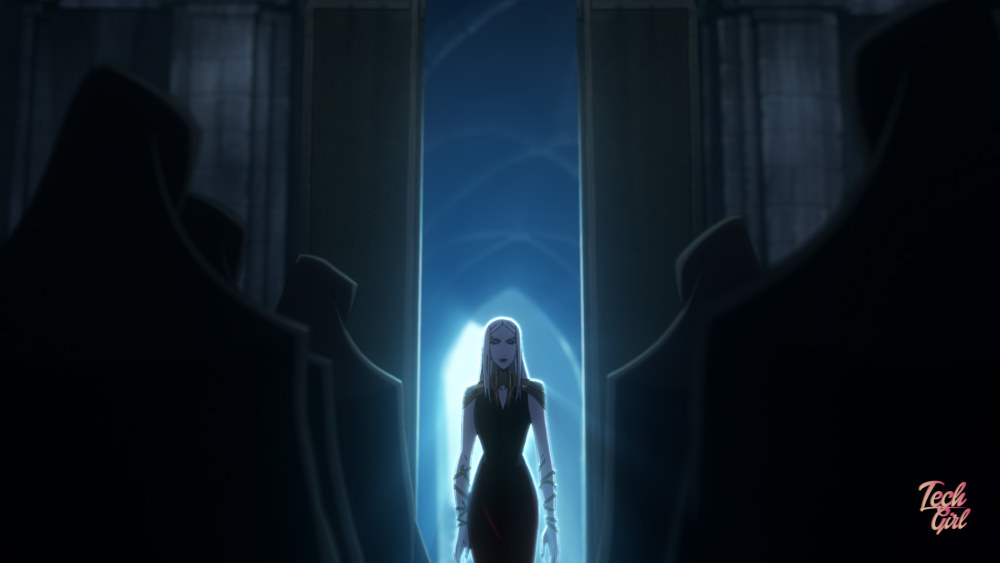 If you are looking for something dark and devoid of hope then this series is for you.

Brought to life in 1986 by Konami, Castlevania was originally released on the Family Computer Disk System console and became an international title when it was released in North America on NES in 1987. The game’s popularity lead to the creation of 37 Castlevania games, not including the 4 slot machine games, and numerous other media adaptations including comics, game books, graphic novels, anime and even a movie that is currently in the making. 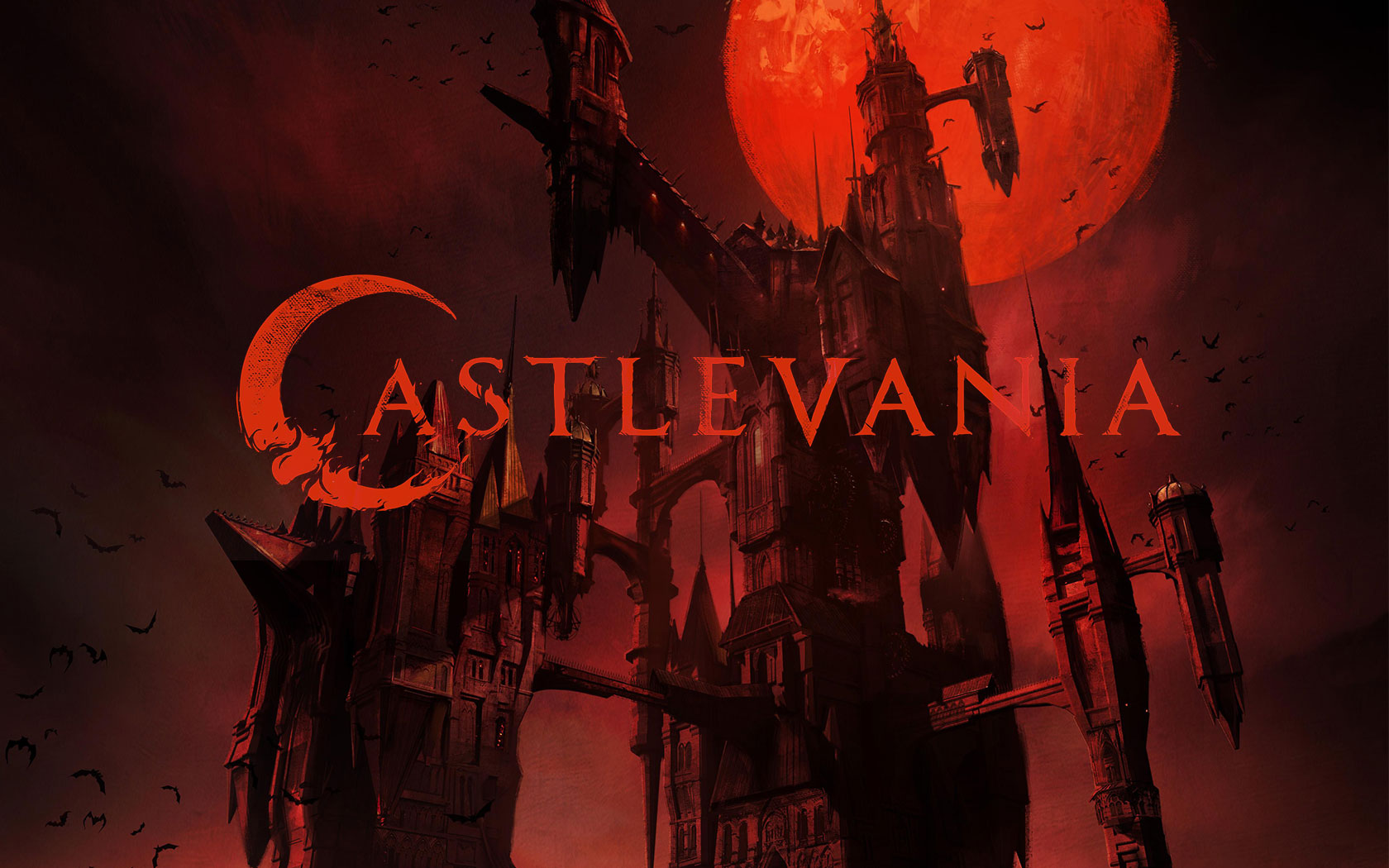 One such adaptation is the Netflix anime series Castlevania. Now, I’m not going to break this review up in to season one and two like a lot of others have. Mostly because both seasons are already out, meaning you can watch them back to back, and because the two seasons seem like one in my mind. This probably has to do with how short both seasons are and how well they progressed from one into the other. 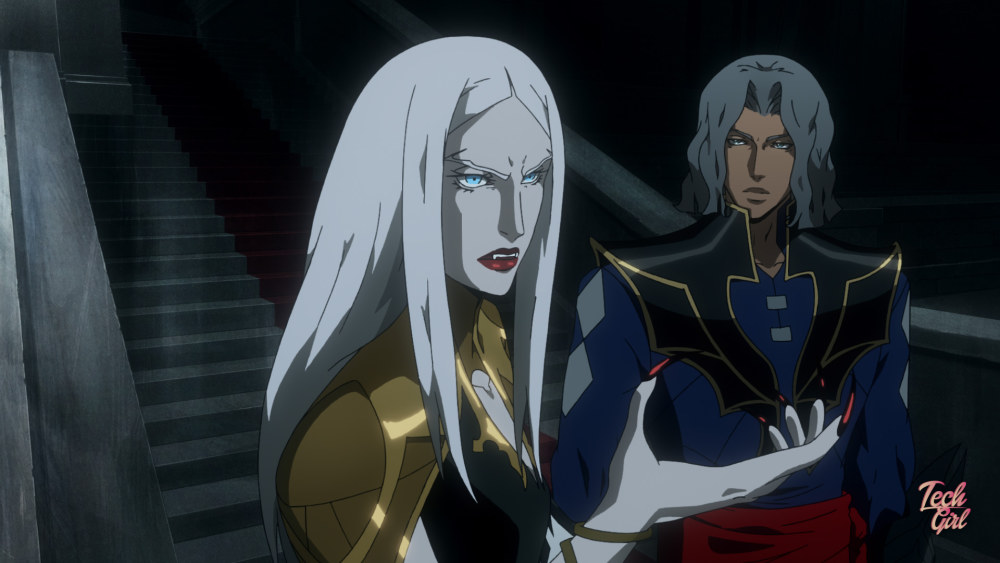 So let’s start at the beginning shall we, because if we don’t then this article isn’t going to make all that much sense.

The series begins with Lisa. A young woman in search of medical sciences that can help humanity. Eventually she reaches Dracula’s castle and persuades him to teach her what he knows, it turns out he is actually really technologically advanced. They fall in love and she convinces Dracula to travel the world and live among humans to better understand them. While he’s away though the church finds Lisa and burns her at the stake for witchcraft. It turns out, helping humans using something they don’t understand will get you killed. What do you know.

Dracula comes back from his travels a little too late and finds Lisa’s burned body in the town centre of Wallachia, at which point he is rightly pissed and promises to destroy humanity in one year’s time. He even states that he needs the year to build an army in order to do it. At this point the church of Wallachia tells everyone he’s lying and that God will save them when the time comes.

So, being the brain dead potatoes that they are, the people of Wallachia do nothing for a whole year while Dracula builds his army. The day finally comes and the Pope calls a gathering. He tells them that nothing has happened yet and that God has saved them. But then Dracula and his hordes swoop in to kill everyone. And all of this within the first 10 minutes of the first episode.

What it’s really about 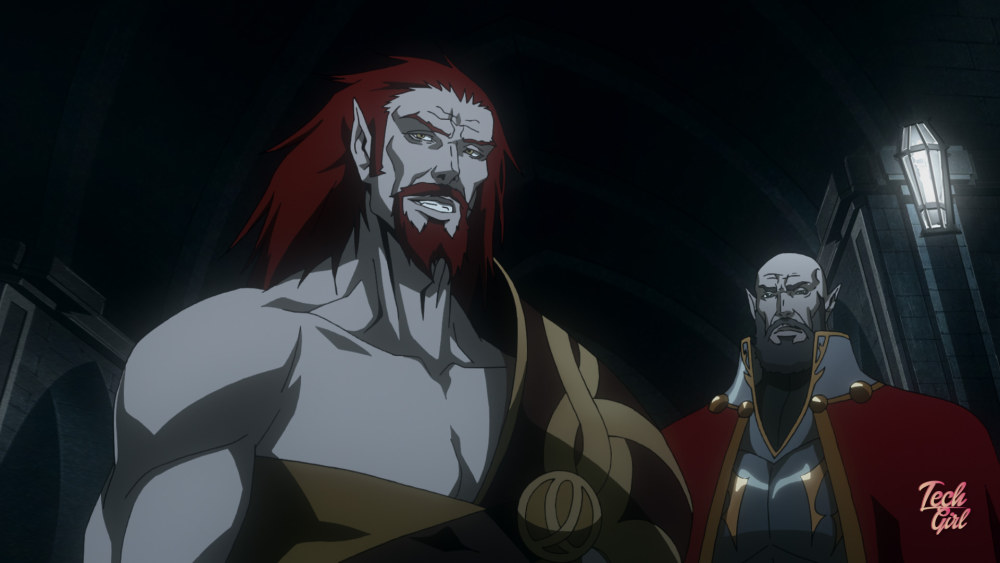 At this point, if you haven’t played the games or know anything about the story behind the games, you’d probably be thinking “this is going to be an epic story about Dracula and how he defeats humanity”. But that would be a NO.

Castlevania’s main focus in season one is Trevor Belmont, the main protagonist of Castlevania III: Dracula’s Curse and the Pachislot Akumajō Dracula series. In the series he is the last surviving member of the Belmont family and lives as an outcast in his own country. Kind of like the Witcher, only without a Roach.

It’s at this point the series takes on a more humorous feel, while maintaining the dark themes of the source material. And trust me, it gets dark.

Season two focuses more on the trio of heroes that have come together in the first season, as well as Dracula’s ultimate plan to destroy humanity. It delves a lot deeper into the cruelty of humans and has you rooting for Dracula and his merry band of vampires. The creators make a point of saying: yes, Dracula’s an evil bastard, but only because humans forced his hand. The general population in this universe seem to be terrible people as a whole who deserve what’s coming to them. Unfortunately they never really get it and I often found myself saying “Just kill them all already! They are pretty useless any way”. Although, maybe that’s just me.

But what do you guys think? Should Dracula win or not? If you’ve seen the series let me know what you thought of the ending? I genuinely want to know. And if you haven’t, then consider getting a Netflix account and checking it out. But that’s all from me for this week. Ok, bye now.