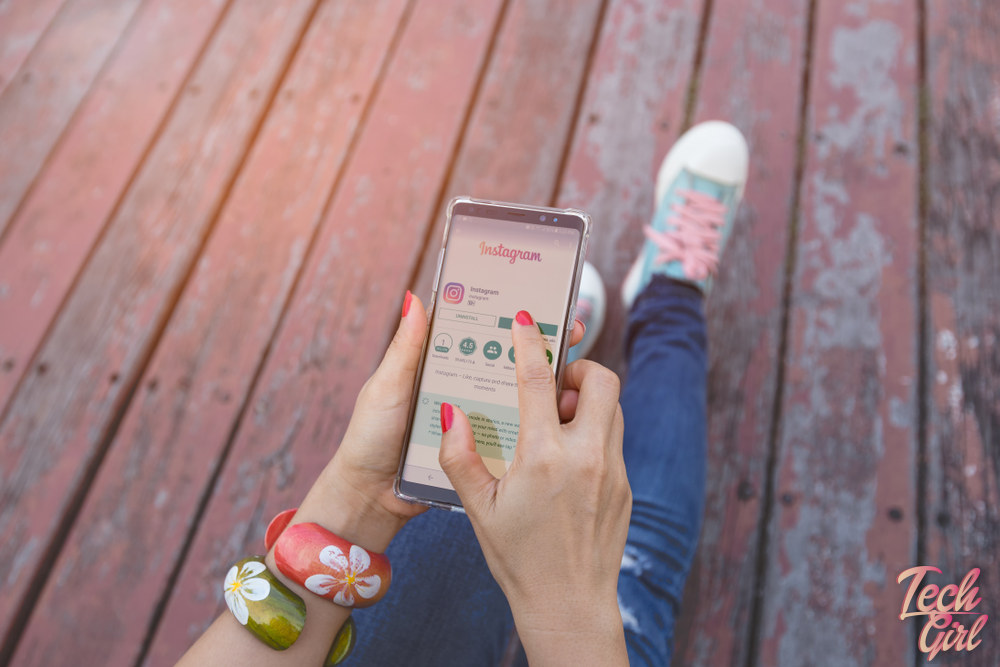 The other night I was minding my own business on the couch watching Insta stories, a somewhat guilty habit of mine, and my Player 2 asked me why I bother. He doesn’t have any social media accounts and finds the exercise of scrolling through accounts somewhat mundane and pointless. He’s probably right but I realised that, if you were to take Insta stories away from me there are 5 women whose updates I’d miss. While I like to sit and scroll through stories every evening, for the most part I find myself skipping through some and focusing on 5 women I’ve never met and, yet, their stories regularly inspire me.

But in all seriousness these ladies are out their kicking ass daily. For the most part they’re in the gaming and content creation space. Each of them has accomplished something I hope to do one day or just make things I like. So I figured I’d share them with you and maybe they’ll inspire you too: 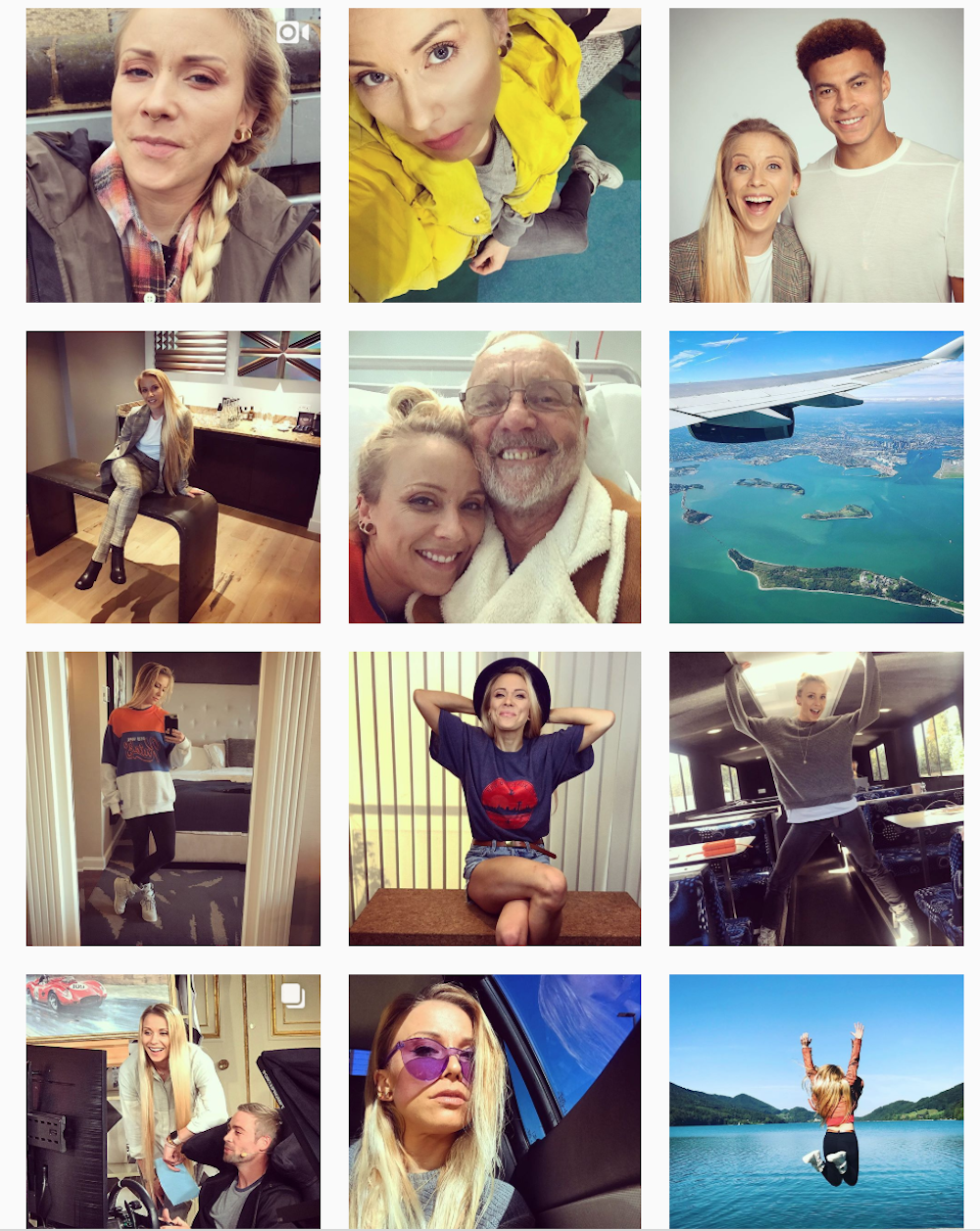 TV and radio host is what her bio says but I feel like her Instastories give you a deeper look into the life of Julia and she is so much more than just an “entertainer”. Obviously the big thing, for me anyway, is that Julia loves video games. So you’ll get a lot of video game content. She also hosts and creates shows about video games, so you’ll get rad behind the scenes content. I think the biggest reason I keep going back for more though is because she gives you a real “no holds barred” look into her life. Stand out moments for me include her conversations around her mom and their family’s struggle as their mom suffers from dementia as well as her recent break up. She is also rather inspiring with her crazy gym routine – which is helping me get some much needed get up and go. 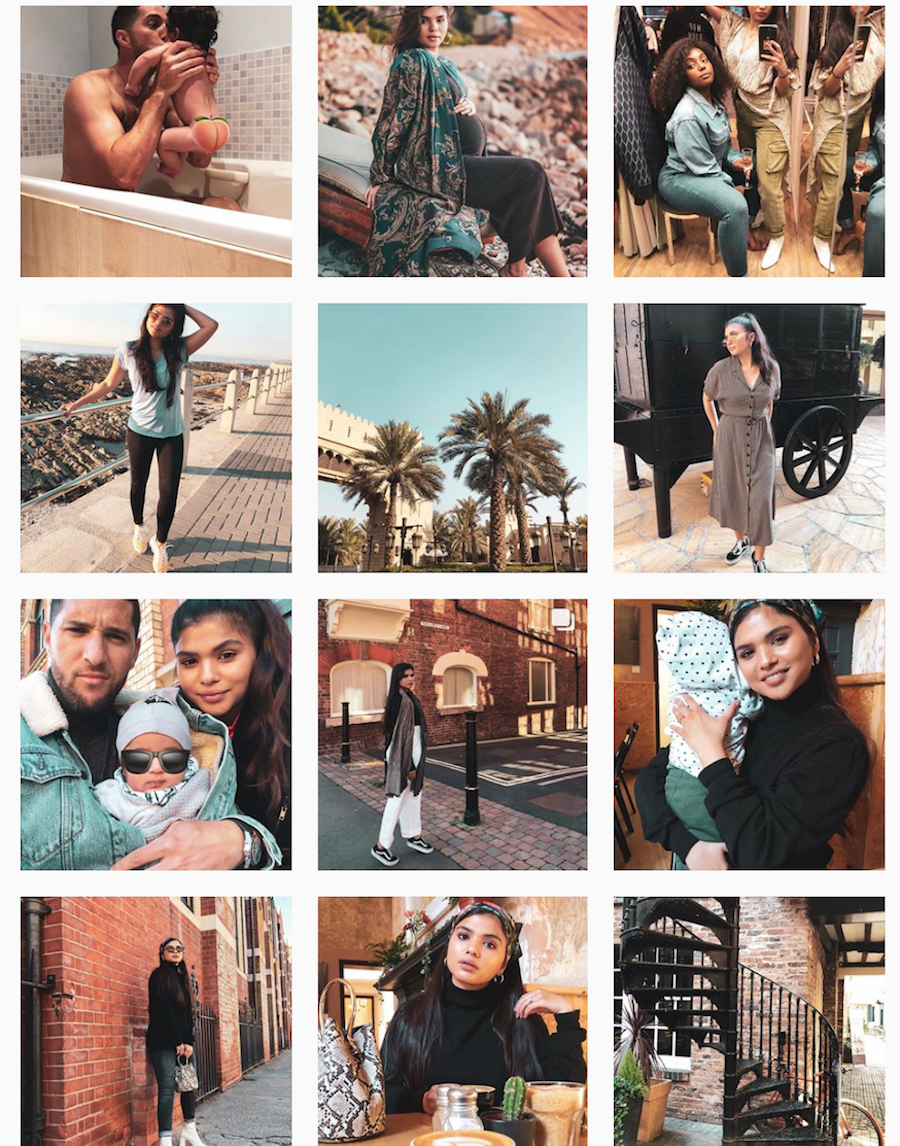 Okay so this one is cheating slightly. I have actually met Aisha before at one or two events. But we’ve usually only had a minute or two to say hello. Aisha is a South African content creator. Before you get excited, she isn’t posting gaming content (unless the occasional video of her husband playing Fifa counts). However, the reason I love Aisha’s instastories is that she is completely raw and honest in them. Whether it is dealing with the difficulties of navigating the South African content creation space and swimming in such a tiny pond or her struggles as a new mother – Aisha has this really open book mentality and you’re allowed a glimpse into her life. She makes me laugh and sometimes she makes me sad, depending on what she is sharing. But she regularly makes me feel. I’ve no interest in having children but following her journey through pregnancy, childbirth and motherhood is still something extremely special. 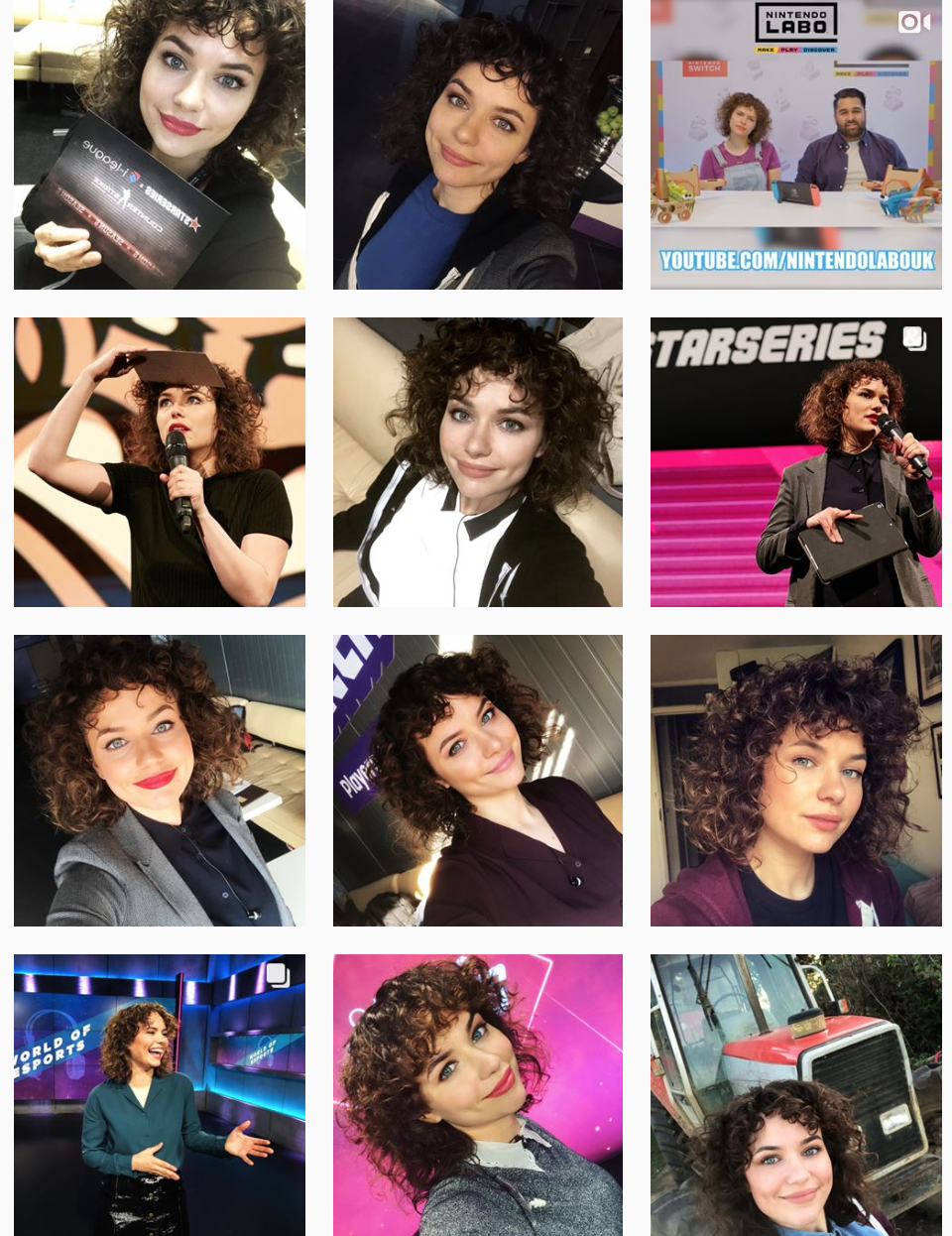 I first started getting to know Frankie through discord as we are signed to the same esports agency. I was following her on twitter and ended up on her Instagram after she tweeted about some weird men who were questioning whether she had a boyfriend or not on the platform. I went over and was hooked. Frankie is one of the sweetest and generally nicest people I’ve come across on the platform. She’s energetic and radiates a positivity that always reminds me to just stop complaining and get on with it. Plus she honestly has the best hair. There’s also a lot of behind the scenes stuff from big esports events so if your competitive gaming obsession needs some feeding – she’s your girl. 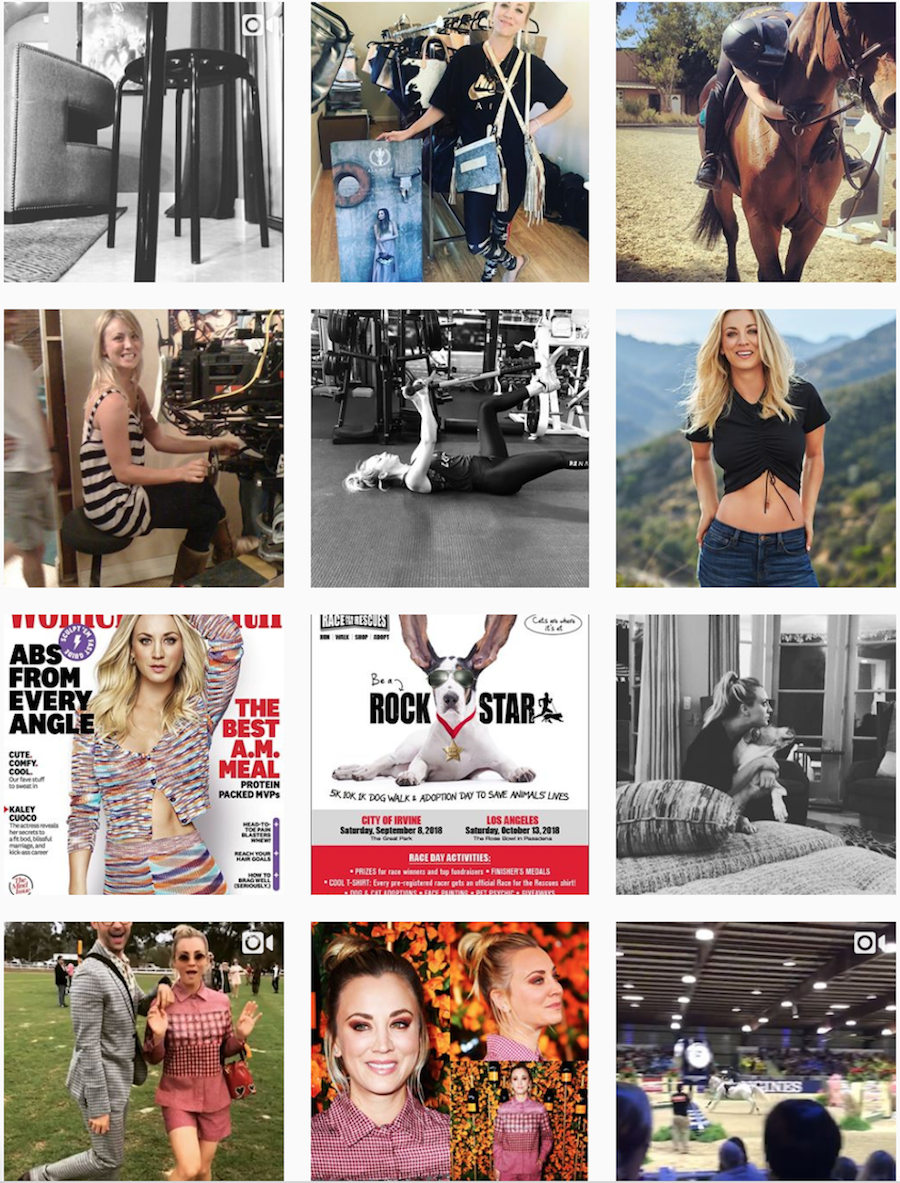 Kaley’s face is instantly recognisable to most as she is the female star of the Big Bang Theory. She is also the voice of Harley Quinn in the new animated cartoon series. I showjumped for many years and eventually had to pack it in to focus on my career. Kaley is an avid showjumper and mad animal lover so I love getting a behind the scenes look at how she balances her jumping with work and her beautiful horses. Plus her husband reminds me of my player 2 which makes them instantly relatable. Though I do worry about the number of bunnies she rescues! Haha. 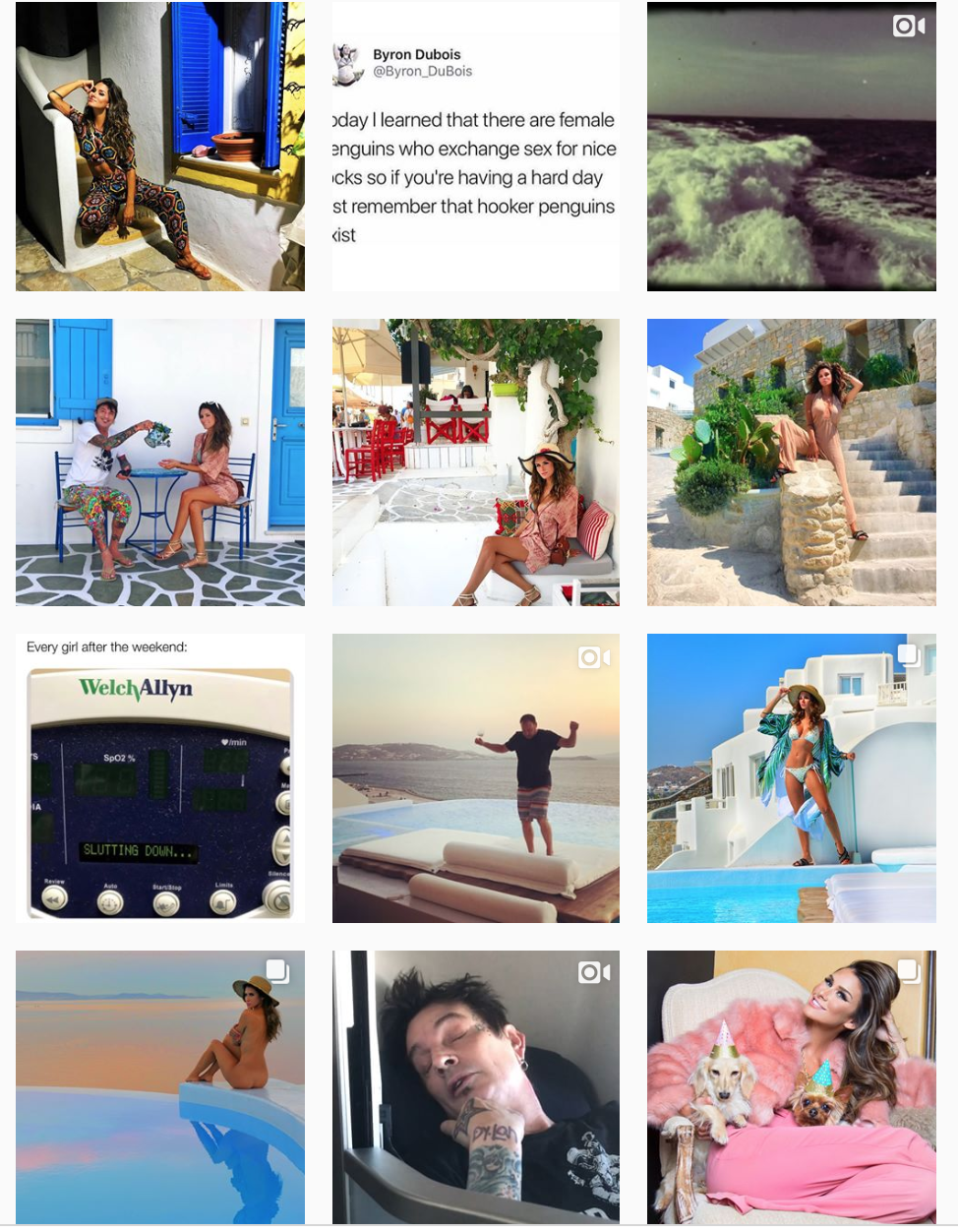 Brittany started as a content creator on vine, then moved to Snapchat and is now on Instastories. You’ve likely seen her somewhere before (she’s most famous for this weird hotdog skit she did, basically, girl with lots of vienna sausages in her mouth at one time). I’ve followed Brittany from snapchat to instastories. Again, she’s hella funny but she has some deep stuff she hits on sometimes. I watched her in her “single days” as she navigated relationships and spoke specifically about dealing with crippling anxiety and depression. Now, she is engaged to Tommy Lee and he has bought out this incredibly grounded and comfortable side of her that seems far more comfortable in her own skin. She even started sharing her art online and it is amazing. Brittany has a depth to her that inspires me. She shows that the funniest people hurt the most and also that sometimes, it all works out in the end. She’s incredible. Also her “what’s yer name” squeals when she sees dogs out and about make me laugh like a small child.

Anyone else you think I should add to the list? Let me know their handles in the comments below!