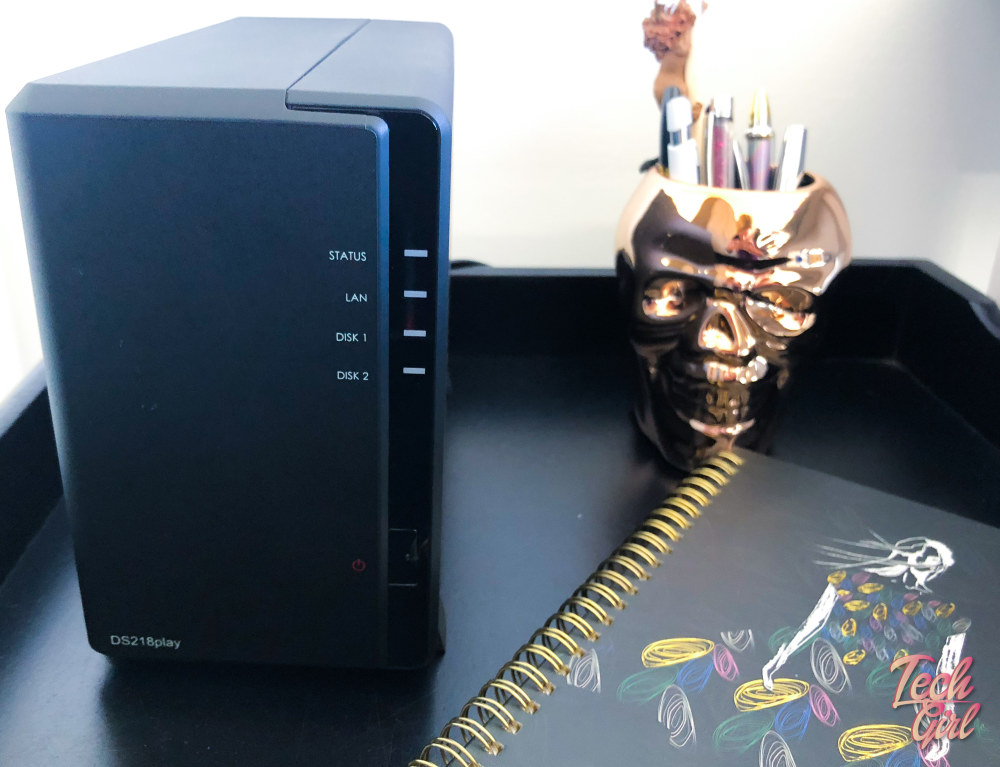 Sitting in front of me right now is the Synology DS218play NAS DiskStation.

Spoiler: I had no idea what this was when it arrived for me to review. Apparently I’m meant to have my finger on the pulse of all things tech. I don’t. I had an idea that it was a mass storage device and probably ideal to smash a bunch of movies and what no on, but that was it. Basically, it is that, but with a few more extra features. Its almost like a small server if you like? I imagine a device like this has huge benefits to small to medium businesses but I’m not sure it serves a purpose at home. Read On.

Straight out the box the NAS is a sleek metal container to house two hard drives. It is nondescript enough that you could bang it next to your router and get away with it. It doesn’t come with the hard drives, you’ll need to buy those and add them in (or use your existing ones). Set up is easy. Plug the station into your router and a power supply and you’re good to go. You’ll need to visit the Synology site to find the device, register and get going. But this is all neatly and easily explained in the instructions.

But what does it do? 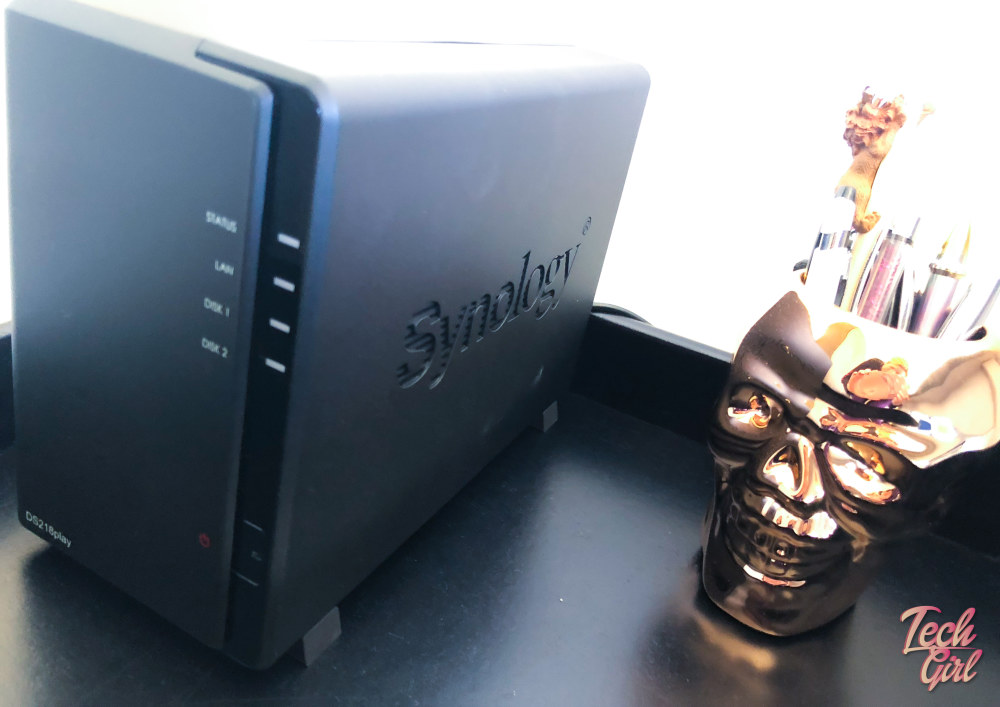 Pretty much what I said it does but then some. This is promoted as a media storage and entertainment centre and that’s really what it is. You can load up all your video content, photographs, extra files and anything you might want access to at some point but not necessarily have sitting on your desktop clogging space. For someone like me with a massive data bank of photographs and raw video this is the sort of storage space I could utilise. I’m constantly upgrading various cloud services to try keep all the things somewhere and have 3 external hard drives floating round all loaded with stuff. The idea of having everything in one place is rather useful.

The other feature of the Ds218play is that is allows you to access and stream 4K media content. It supports 4K live transcoding. So, in short, the station will instantly convert 4K video and allow them to play on any device you need them to. Cool feature but one that has zero impact on my life because I hardly have any 4K content. Go figure. 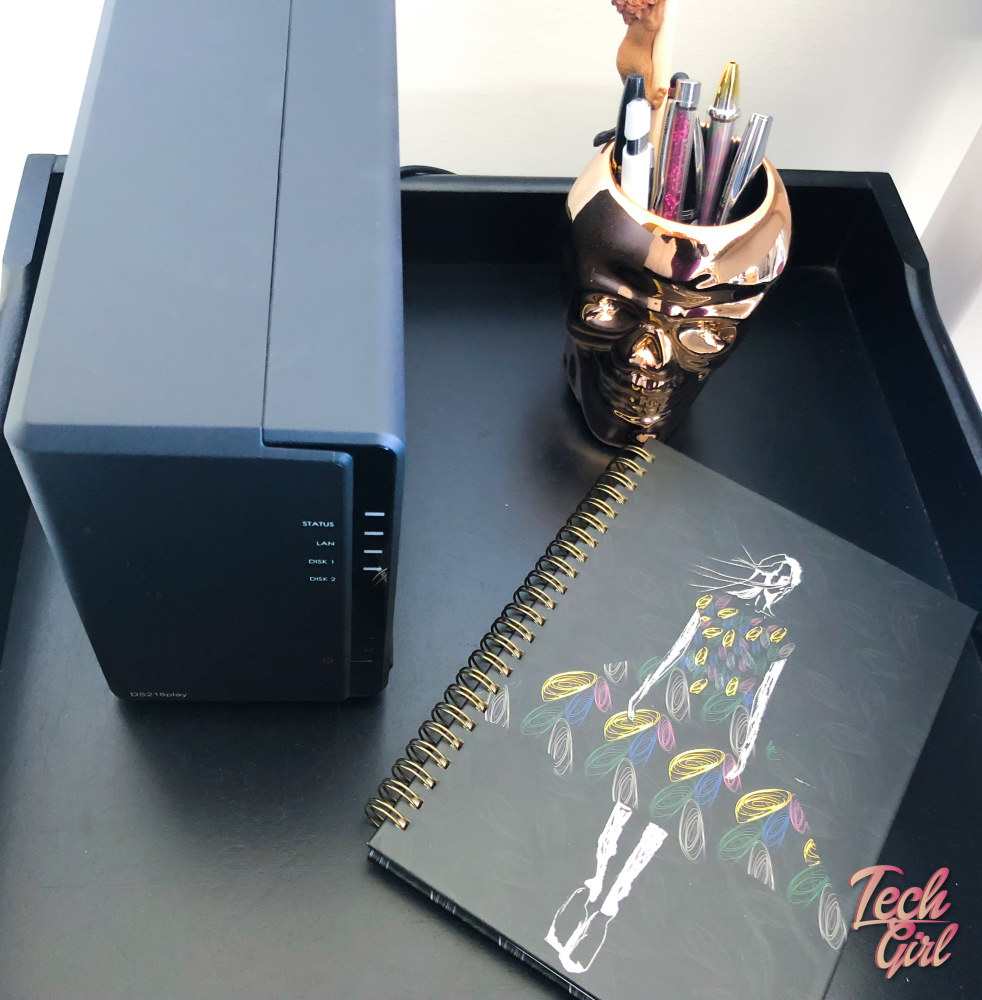 The Synology NAS software you get access to with the station is really nice. It is simple to use and helps you store content, share it and basically use the station as a small private cloud solution. You can store all your stuff on it and then access it anywhere in the world on any device you grant access to (more on that later). It isn’t a giant mission and is much like having your very own Google Drive just sitting in your house. Make sense? QuickConnect allows you to then log in and grab what you need. I also like the Security additions to the station. Using Security advisor is super simple but you can protect your account, and station, against brute force attacks and also block certain IP addresses, set up firewalls for service and network ports and even integrate IP address geolocation. I never stress tested the security on the device but working through security advisor did make me feel somewhat safer. As silly as that sounds.

Should you get it? 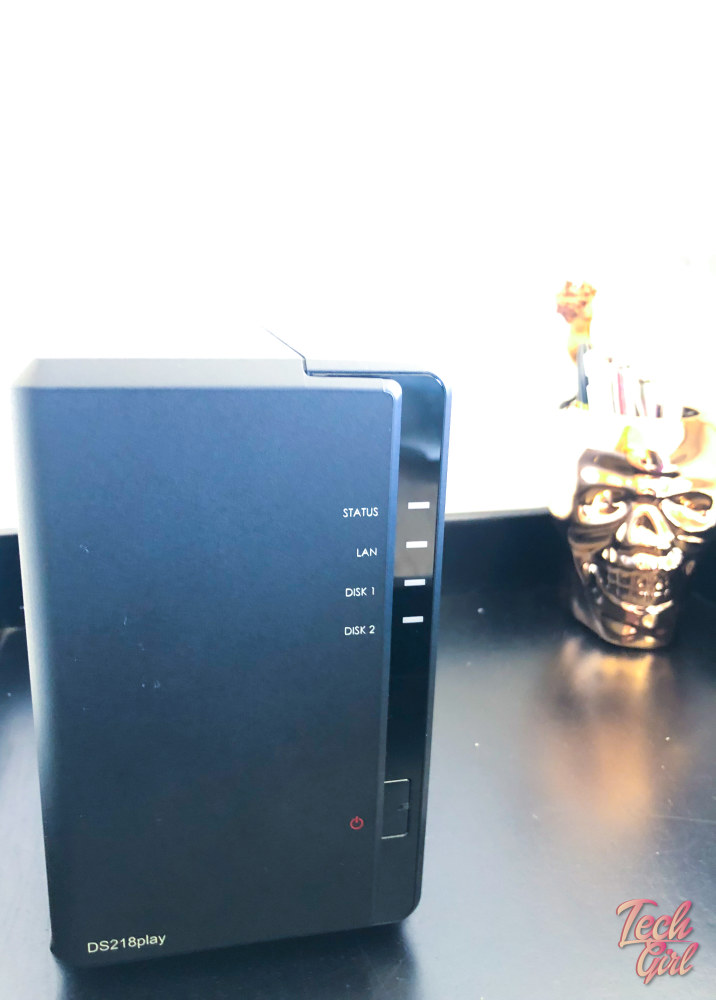 Here’s the thing. I don’t know. The DiskStation is a nice to have. I’m always terrified I’m going to lose an external hard drive or that my Google drive will get hacked. BUT, I’ve also never been terrified enough to look for another solution. In fact, if anything, it has made me far more aware of cleaning out my cloud services weekly and holding on to my hard drives and treating them like gold – knowing exactly where they are at all times. Yes, I have blog photos and old video I’ve shot that maybe I’d want to save. But here’s a surprise: I have zero media “for entertainment purposes”. I know other people have hard drives of movies and series, I don’t. I suppose this would work well in those instances but I’m a Netflix, YouTube and Twitch kind of girl.

I know there is going to be a power nerd who is going to come in here and rip me a new one for not fully integrating myself into this device, not learning all the nooks, crannies and special functions available. I’ll admit it. I didn’t. Because this didn’t entice me enough, it wasn’t something I started using that made me think I REALLY need this in my life. That isn’t to say it is not a great device for someone who might require all the bells and whistles.

Unfortunately at a cost of around R4000 to R5000 (not including the HHDs) this one isn’t for me. Power nerds, movie obsessives and the like will jump all over this, no doubt, but if you’re happy with your current cloud solution and keeping an eye on a few external hard drives – you’re not the target market.

Disclosure: I was sent the Synology DS218play NAS DiskStation to review. I don’t keep it.