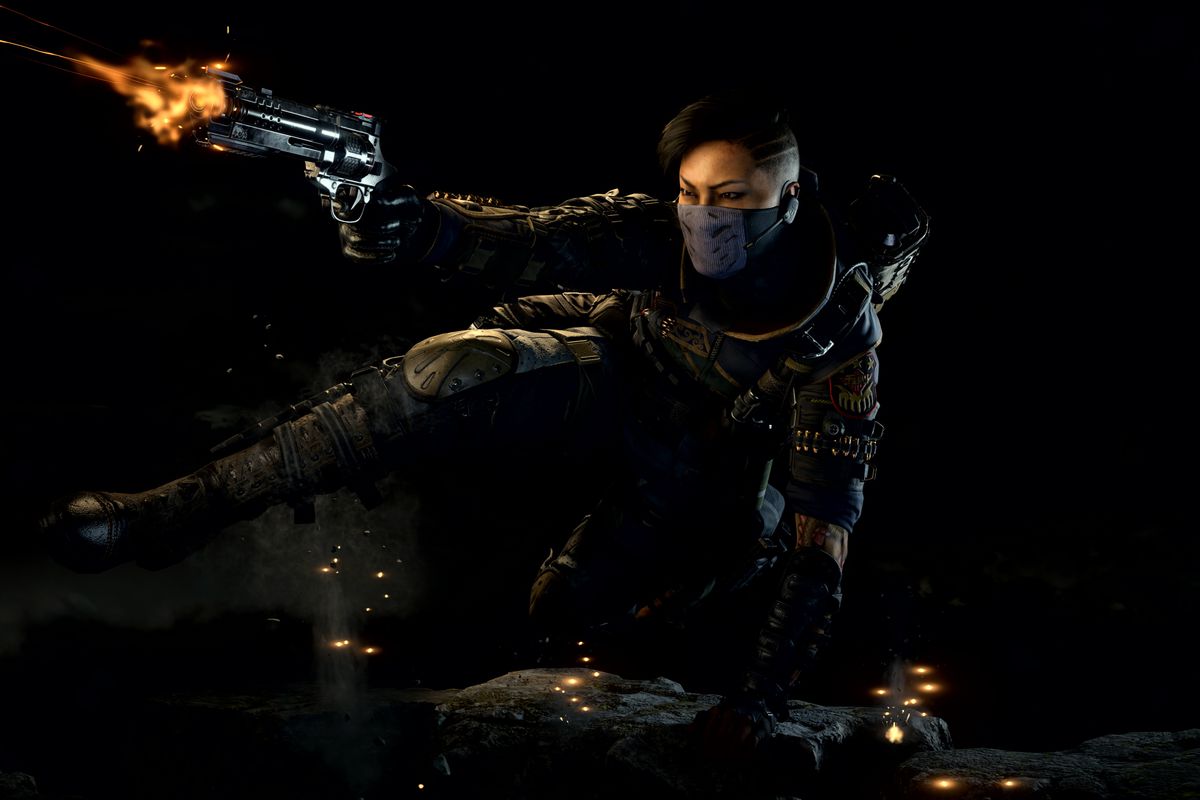 Last weekend marked the first out of two beta weekends for Call of Duty’s latest addition to the franchise, Black Ops 4. With Treyarch at the helm, COD fans know our upcoming release is in good hands.

(Heads up, this isn’t a review but an opinion piece. You can head here to see what the local pros had to say about the game so far.) 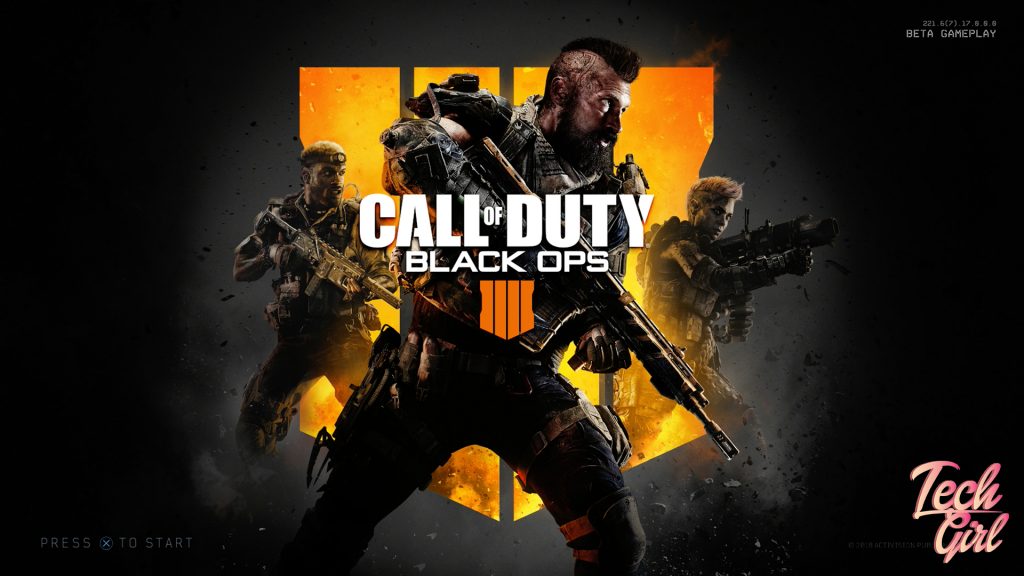 The “First on PlayStation” Weekend

Without going into too much of a COD history lesson, PS4 has been the “flagship console” since 2015 (more specifically, the Black Ops 3 release). This basically means that PlayStation gets all the DLC first ahead of the other platforms. This is also why PS4 is the competitive platform, having the COD World League “Presented by PlayStation 4”. Lastly, of course, PS4 users get to play the beta a week ahead of Xbox and PC users.

If you had pre-ordered BO4 or were lucky enough to win a code via a giveaway, you gained access to the beta.

During the BO4 Reveal Event earlier this year, David Vonderhaar (Treyarch’s Game Designer Director) and his team unveiled details surrounding the next instalment of the Black Ops series which included the return of specialists and create a class, no jetpacks (advanced movement) and the introduction of their own Battle Royale mode titled Blackout. The reveal also debuted a new healing system. The traditional “health regen” would now be replaced with a manual system adding an extra level of strategy into the already fast gameplay. 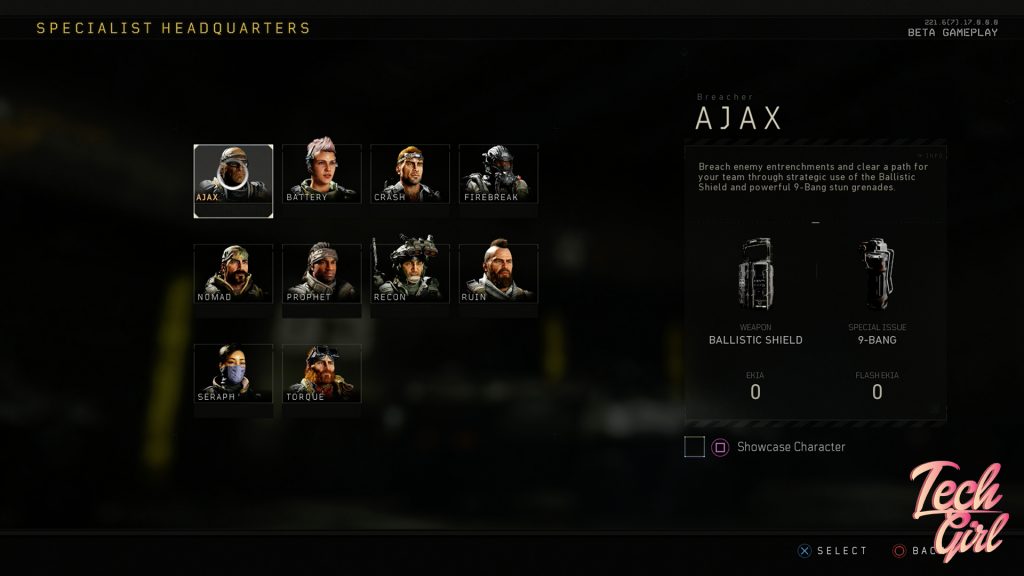 What I Experienced (Warning: Opinions ahead.)

10 specialists, 6 multiplayer maps, and 6 multiplayer modes combined with all new weapons and abilities. Treyarch’s knack for smooth movement and fast-paced (and well-designed) maps was evident within the first few rounds played on Day 1.
I expected the new healing system to take a while to get used to, but it was quite a natural change over that only took a few minutes to become second nature.

The maps, as much as they’re well laid out and have a faster flow to them, are also beautiful and vibrant. Contraband (my favourite map of the 6) has water you can swim in to get to different sides of the map. 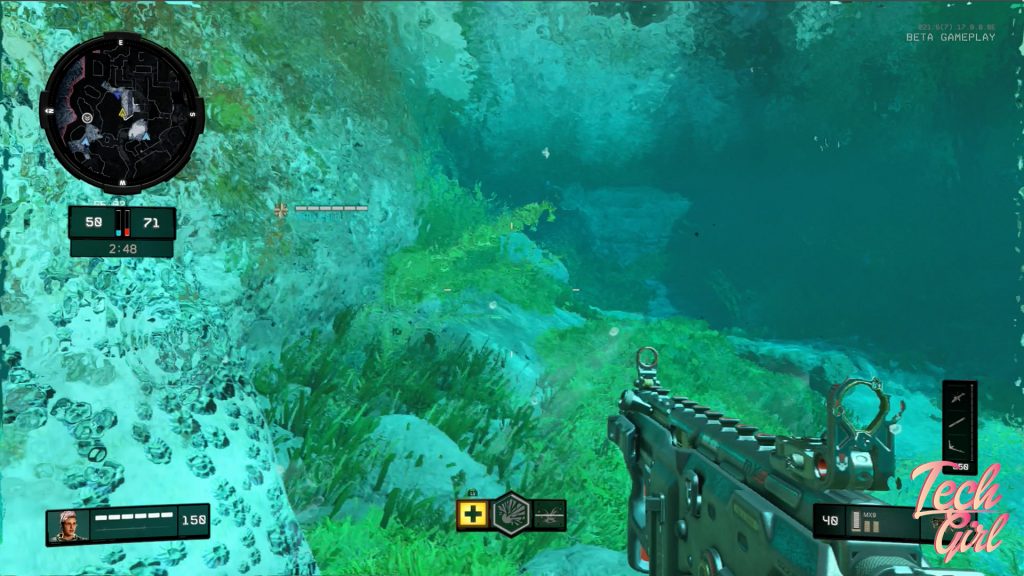 Everything about the games audio made my ears happy. From in-game combat, weapon sounds and character chatter, to the menu music and kill cam audio. Everything sounds amazing and adds such a great feel to the game. Game modes available during the weekend were TDM, Kill Confirmed, Hardpoint, Domination, Search and Destroy as well as a new mode, Control. Control is essentially the result if SnD, Dom, and HP got together and made a game mode baby. Two points on a map that need to be attacked or defended, with a set amount of lives your team has to respawn with. I personally don’t see this becoming a competitive mode, but for the players like me who enjoy pubs a lot, it’s a nice addition to the mix.

Despite the beta being incredibly fun to play, it wasn’t anything about the in-game experience that was my biggest takeaway of the weekend. It was Treyarch’s willingness to listen to the community feedback throughout the weekend, take notes and even implement changes. As a gamer in general, having your voice heard by a game dev is a big thing. We’re the ones playing the game, and we like it when our opinions are taken into consideration. Usually, gamers might feel like their comments or concerns fall on deaf ears, but not with Treyarch.

For any questions about how to provide #BO4Beta feedback, check out last week's blog: https://t.co/30C7q6AAcT Also here’s our Day 1 update in case you missed it: https://t.co/x4KUVpjUaF
Thank you for all the feedback…please keep it coming!

They listened, made hotfixes throughout the weekend, and have promised that more changes will be implemented ahead of the beta weekend this weekend.

It’s refreshing to see a dev team value the community feedback as much as Treyarch have been. Kudos.

No, the beta wasn’t perfect. I also feel that the COD community suffers from “grass is greener on the other side” syndrome every year around beta time. I recall how excited everyone was for WW2 with the return to “Boots on the Ground” gameplay, and now the same people are just as excited for BO4.

Armour needs to be nerfed. The load times between games needs to be cut down dramatically. There shouldn’t be frame drops. Riot shields need to be used in place of your weapon. If you want to shoot, put the shield away. Jumping is super OP in its current state. It’s not jetpack standard, but still way higher than average. There needs to be a HUD for the HP time remaining. I found myself spinning around to look directly at the HP to see how much time was left ahead of the next rotation.

There are plenty of other issues and changes that need to be nerfed, buffed or tweaked for this game to truly be amazing, but for a first beta it was still pretty great.

What About Battle Royale?

Blackout will be getting its own beta during September which I know many players are looking forward to. Many former COD streamers have jumped onto the Fortnite hype train but it was refreshing seeing them all playing COD this past weekend.

And The Remaining Beta Weekend?

I’ll most likely have a follow up to this piece based on my experience from this weekend coming. Xbox and PC finally get a chance to play as well and I’m sure each platform will have their own issues and experiences too.

With all that being said, I am very excited to see what happens once BO4 releases on October 12th, and how it affects the COD community as a whole in terms of casual players, as well as what it could mean for the esports side. Until then, I’ll be here, patiently waiting for beta weekend 2.