What pigeons do for fun

It looks like the internet gods have given us the gift of video this week. Find out what Watch Party is and why Netflix should get it, I recommend a new docu-series you need to binge-watch on Netflix, watch what pigeons do for fun plus Africa gets its first Lego store.

Watch Party allows you to watch stuff with your Facebook friends in real time. Social media is there to create distance. It’s the perfect shield when it comes to avoiding human interaction and now you want to ruin that for me? Thanks, Zuckerburg.

But in all seriousness, this would be an amazing feature for Netflix or Showmax where you could watch stuff and comment on it from the comfort of your own home without having to go to your friend’s place. Ah, yes. Now that sounds more like the internet.

It’s here! Check out Watch Party, a new way to watch videos on Facebook together in real time https://t.co/09jWZuehZv

I started watching Dark Tourist on Netflix this week mainly because I thought it was done by either Louis Theroux or Ross Kemp (whose shows I really like). It is a series where journalist David Farrier goes to unusual tourist spots (if they can even be called that). And by unusual I mean destinations associated with death, tragedy and the downright weird.

I’ve watched the one in Latin America where they visit Pablo Escobar’s right-hand man (who has done his time and now does tours), I also learned there is something called Nuclear Tourism (he visited a radioactive site where the gigameters started beeping and everyone in the tour bus demands that they turn around), swims in a radioactive lake, visits Death Forest in Japan and the next I’m going to watch is the episode where he goes to Africa. 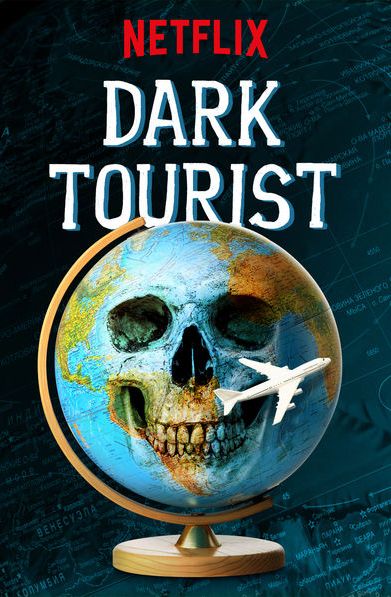 This has received some bad press and is not for everyone, but it does venture into the macabre and I think scratches that morbid fascination itch.

?Tweets I thought were worth sharing this week

When you REALLY stick to your guns…

20 years ago i got fooled very badly by THE SIXTH SENSE. I swore I’d never let my guard down again and have since assumed every character in every movie is DEAD unless told otherwise. Movies are not really fun anymore but i refuse to be humiliated a second time.

This is the best video ever… What pigeons  do for fun

What pigeons do for fun pic.twitter.com/LTvT7hRcfR

Yesterday I was lucky enough to go to the launch of the Lego Store and not only did they have Lego themed food but of course Lego! The sets are amazing and you can buy Lego pieces in tubs at great prices but just taking a walk through the store is an experience. They have a Lego mosaic of the Big 5 and have built Joburg CBD. What this means is that as South Africans we can now get all those Lego sets that were usually only available overseas.

You can visit their store in Sandton City, Joburg or go online to greatyellowbrick.co.za.

Two months to plan and 4 months to build #legolaunch pic.twitter.com/3mcfxJXDrp