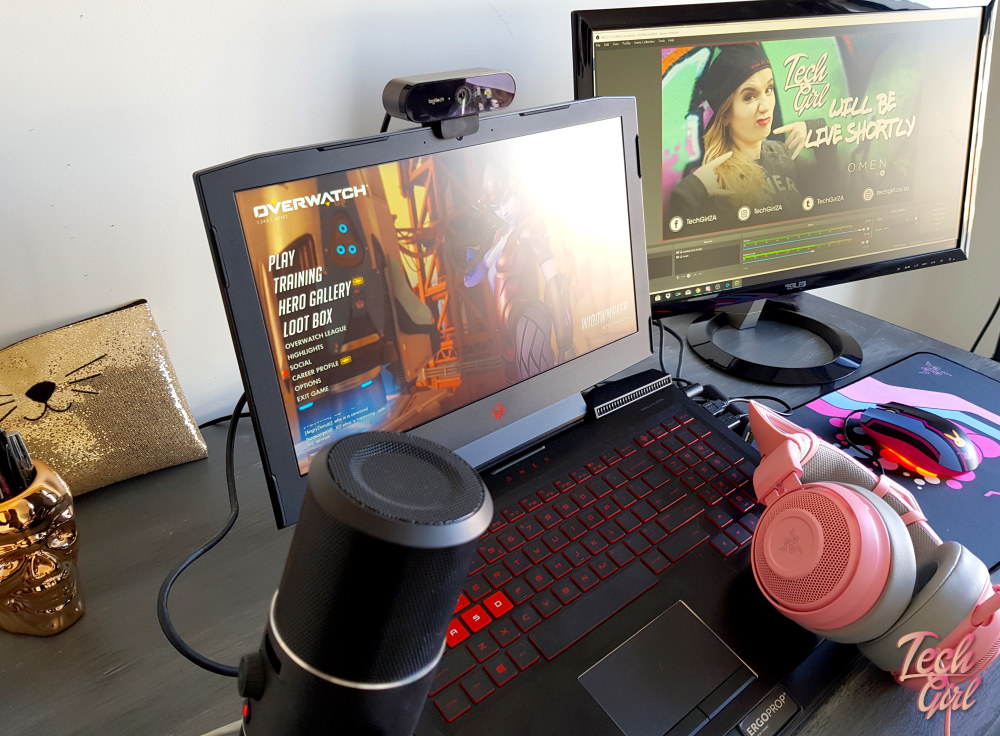 So you want to live stream on a gaming notebook?

This post was written in collaboration with OMEN by HP

When I first decided I wanted to start live streaming I was told, in no uncertain terms, that it could never happen off a gaming notebook. I was told I needed a PC set up with all the bells and whistles. However, at that point in time I didn’t even have a desk let alone space to house a rig. As time has gone on I’ve found myself an office but, with the amount of travelling I do, barely any time is spent in it any way. I wanted to live stream and game on the go, so I decided to hell with all the neigh sayers. I was streaming off a gaming notebook. 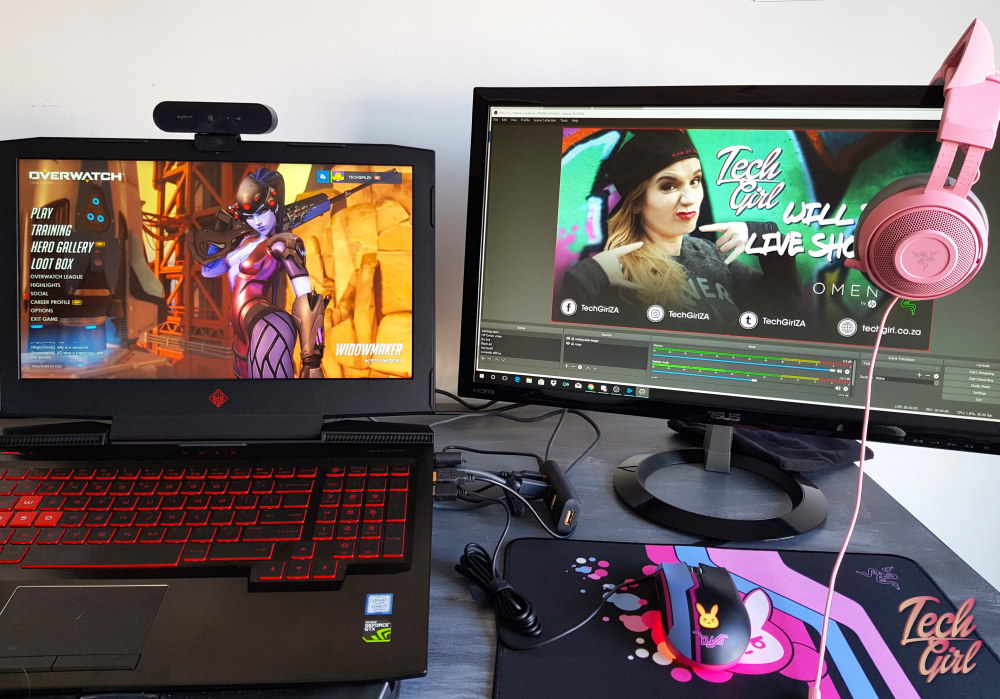 Streaming off a gaming notebook can be done but there are a few things you want to keep in mind before you start. I’ve been using the Omen by HP notebook to stream the past few weeks and haven’t had a single hiccup. But here’s the first thing you need to know: make sure you’re working with an i7 processor. The model I jam on has an Intel® Core™ i7-7700HQ making it powerful enough to run a game and stream at the same time. I’ve got a few other suggestions below if you’re a complete n00b and not too interested in the heavy spec tech talk. Hopefully it will help.

The next thing you need to do is check the settings 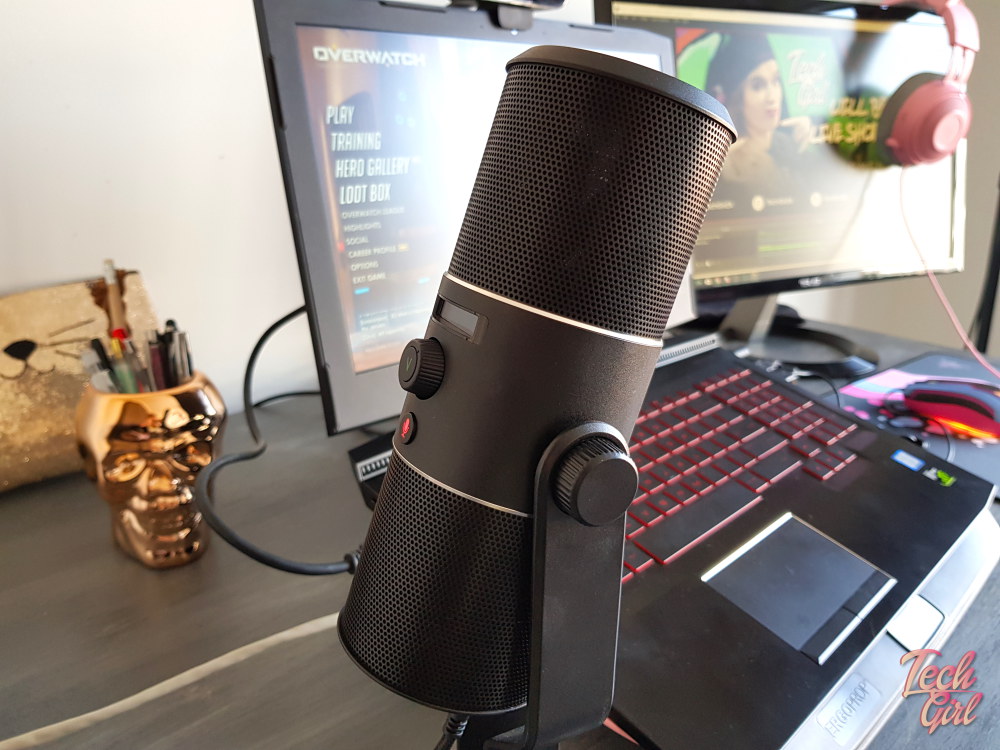 Most gaming notebooks are set up to save power and battery. You need to go in to device settings and make sure when the charger is plugged in everything is set to optimal. Every single thing needs to be on the highest possible setting to ensure you don’t suddenly have a laggy stream because your processor is attempting to save power. Also, if you plan to live stream make sure you’re plugged in to the charger. Trying to stream on battery alone ends badly. Because your notebook is going to be working over time make sure it has a decent cooling solution in place. If the machine is running hot you have a problem – hot notebooks tend to lead to lag. I haven’t had a problem with the Omen in terms of heat so far. 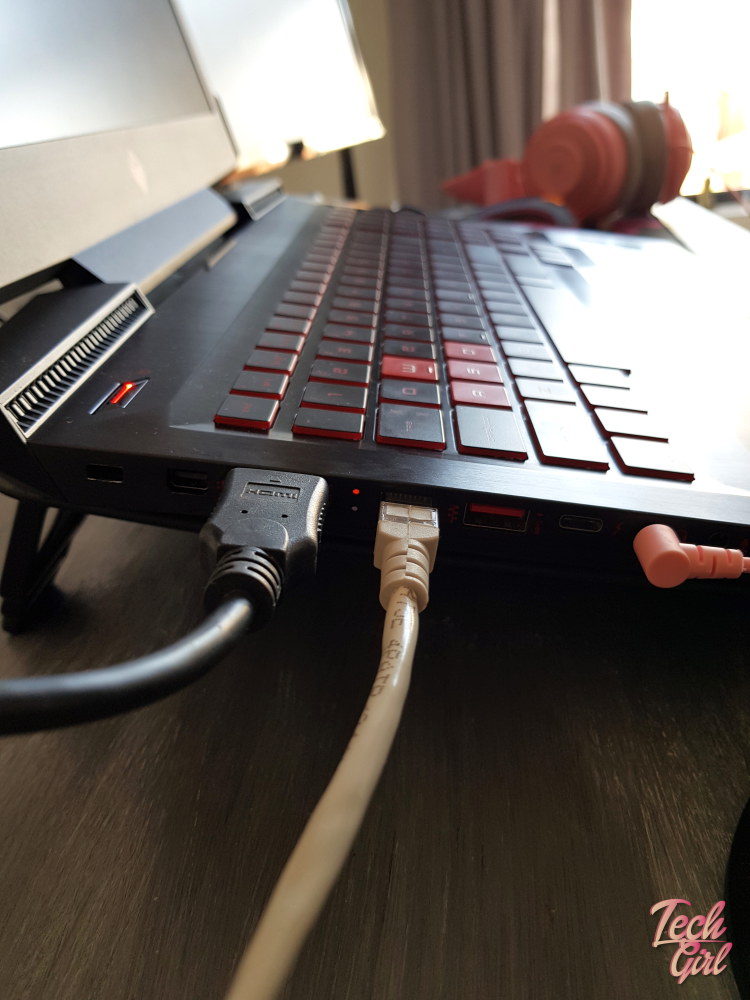 Connection is important. Again, you can’t stream off WiFi so make sure your gaming notebook has the necessary ports available to plug in a LAN cable. I tend to plug in a lot of additional hardware and found on other gaming notebooks that they just didn’t have the USB ports available to me. I’ve not an additional USB port dock because sometimes I do plug in a capture card as well. But when I’m streaming games off my notebook the Omen has enough ports to get everything plugged in. However, I’d really suggest grabbing a USB port dock anyway.

What additional hardware do I need? 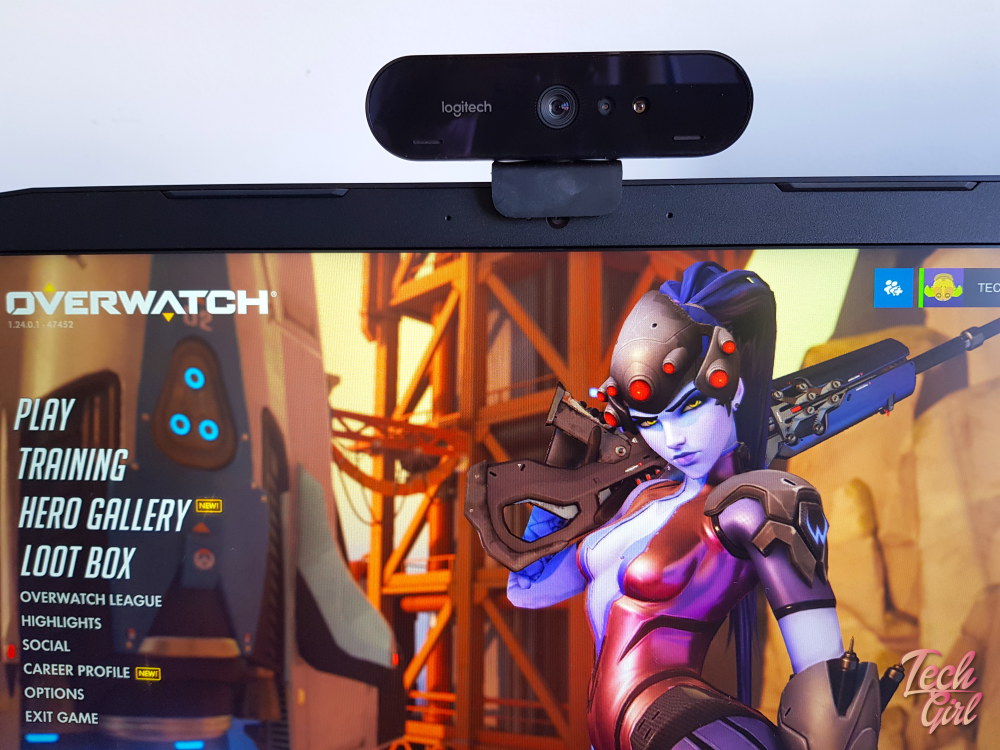 The Omen notebook has a really decent webcam on board already. I use an external one regardless but you’d be fine to use the one on the notebook. Headsets are advised because you’ll have feedback through your streaming software if you use the notebook speakers. I also have a mic to improve audio quality but a decent headset mic will do well for you. I prefer to game with a mouse vs the trackpad (I don’t know anyone who prefers the trackpad TBH) and you might need to invest in a capture card if you’re looking to grab game footage from your console. Other than that my only other suggestion is to invest in a second screen. Gaming on a gaming notebook is rad. They’re designed for it. But I find streaming off one machine and playing almost impossible. I know a few folks who do it easily but I can’t. You need to monitor the stream, your live chat and play. A few folks start streaming, make sure the stream is good to go and then just jump in to game while monitoring the chat on their phone. Entirely possible but I’d really suggest grabbing a second monitor to help you along (sucks for travelling though, because you aren’t carrying that second screen around).

This is a really basic overview of how I go about streaming off a notebook. I’ve kept it pretty simple and I’d be happy to go into what software I use and the like if you’d want that. So let me know in the comments below 🙂