The Met Gala & Google IO: what you need to know

This week there were two events you needed to know about: The Met Gala and Google’s IO. And luckily for you, I’ve rounded up all the important titbits (haha I said tit). I’ve also added some fun facts about wombats because a friend sent me a really cute image of one and I strongly believe wombats don’t get enough street cred.

SEE ALSO: Peppa Pig banned in China for being too gangsta

?The best (worst) of the Met Gala

Every year The Met Gala gives famous people to dress up for charity. This year’s theme combined fashion and religion, specifically Catholicism: Heavenly Bodies: Fashion and the Catholic Imagination. Even The Vatican got on board by loaning some papal bling. But my favourite outfit has to be that of Jared Leto.

This is all I can think about. #MetGala2018 pic.twitter.com/oshRFRNBhe

Another celeb that got the media talking for all the wrong reasons was Selena Gomez.

who did selena gomez’s makeup for the met gala i just wanna talk pic.twitter.com/8bVc8zzwRv

Twitter has been abuzz over Selena Gomez’s spray tan at the Met Gala. In other news, we may be having a nuclear war with Iran.

And here are some original pics…

noticed everyone keeps posting photoshopped met gala pics so I took the liberty of posting the originals yw pic.twitter.com/cTHO6Bg0W2

And of course, I can judge…

me critiquing everyone at the met gala pic.twitter.com/JJFuAWm8CW

?The Google update to make you sound like you know what you’re talking about when in fact you have no clue

Everybody is talking about Google IO, Google’s annual version of Apple’s Keynote, where the Googs reveals what’s new. If you’d like to watch a short (and by short I mean 20 minutes) recap, you can do so here. But for the rest of us, here’s what you REALLY need to know.

?John Legend to become the voice of Google Assistant

So now we can get All of Him when we ask Google questions. I ask Google Assistant for a weather report every morning and saying goodbye to the lady could be a nice change. John Legend as my weatherman? Yes, please.

?Google Duplex is showing us The Terminator is real

Instead of making your own appointments, using a PA or outsourcing admin work, you will be able to use Google Duplex to schedule these so that you have more time to check Facebook. And what makes this scary AF is that the voice sounds human. Take a listen below.

I often use Gmail’s auto response. It saves me having to type out a short generic reply plus the suggested responses are very polite. But now this tech will help you write messages based on previous interactions. I can’t wait till Google does autosending for these auto responses…now that would be a reality show I’d watch *grabs popcorn*.

?With all these developments its like we won’t even have to human anymore. That’s better because most days I want to bunny. 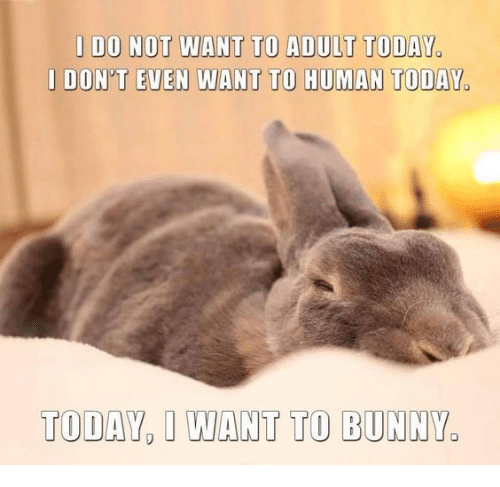 ?Everything you never asked to know about wombats

And finally to keep up with the cute, here’s a picture of a wombat as well as some fun facts about these cute marsupials. Their pouches face backwards (the flap open towards their rear), they are solo animals, have cube-shaped poop and a group of wombats is called a wisdom.

Why not take a few minutes to appreciate this wombat pic.twitter.com/aHMy916ftG

And if you missed it, here’s Bytesized for your ears the April edition: