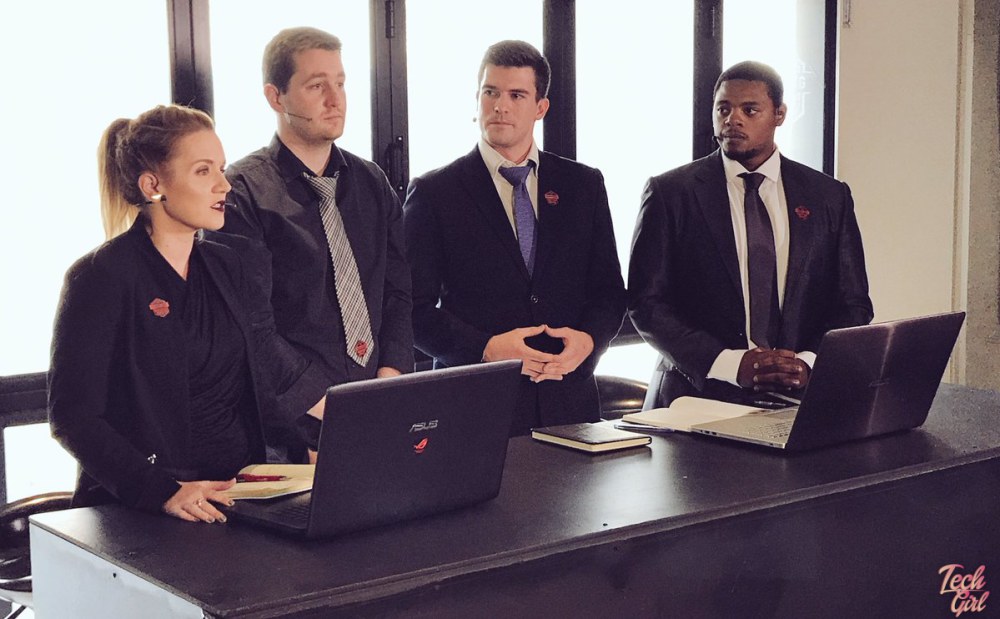 Bravado Gaming has announced a CSGO Academy team and it is none other than the successful South African all female team Finesse.

I’ve been following these ladies since they formed. They went on to win the 2017 Valkyrie Challenge. Very often I’m approached to speak on behalf of female gamers in the community. I always say the same thing – if you want to speak to the real esports stars you need to speak to the likes of  Jana “SaltyMonkey” Du Toit, Kayhla “KayC” Calder, Rachel “rayChil1za” Van Dyk, Christin “2SSB” Meistre and Carmen “Cjay” Mcleod. They’re the Finesse line up and the real MVPs (along with so many other female teams I can mention and have on other posts as well as my friend Shaz, but you get my point). When they won the Challenge they were part of another MGO but parted ways with the organisation earlier this year.

I know once they left the organisation there were a few others approaching them and discussions around remaining independent happened, which was the team’s original plan. It was a good few weeks after they’d left that Bravado began to put their Academy in motion. The idea behind the Academy is to create a space to train up new CSGO talent that can benefit from the incredible knowledge of Andreas ‘Cent’ Hadjipaschali and Abdullah ‘Anneksiy’ Adam. The Bravado team in the States will also assist with development.

The Bravado Academy was born but there weren’t players yet

A great idea that could build local CSGO talent had been launched but it needed a team. The Finesse girls had, at this point, signed up to compete in the 2018 ROG Valkyrie League and the VS Gaming League. Their goal is to compete in the VS Masters Competition. With a strong focus on being one of the best teams in the country and an incredibly dedicated work ethic, it makes sense for Bravado to pick up Finesse. The goals of both align and I’m so incredibly excited to see where this goes.

For the full statement from Bravado Gaming and a bit more about their Academy team you can read their release here.

Reading between the lines, they won’t be starting and stopping with Finesse. It sounds like they’re on the look out for new talent regardless. Which I think is exciting for any CSGO player looking to go pro. I think the biggest take away for me, from all of this, is not that “Bravado picks up a female team.” Its that Bravado has identified new talent and has offered their wealth of expertise and support to a team they believe is willing to work hard and has attainable dreams. This for me is really important and a great step forward for the scene.

Plus they get to learn and play with Cent, the ex Bravado Gaming CSGO captain. With years of experience in game and behind the scenes, who wouldn’t grab this opportunity with both hands?

Is liking your own posts self-centred?