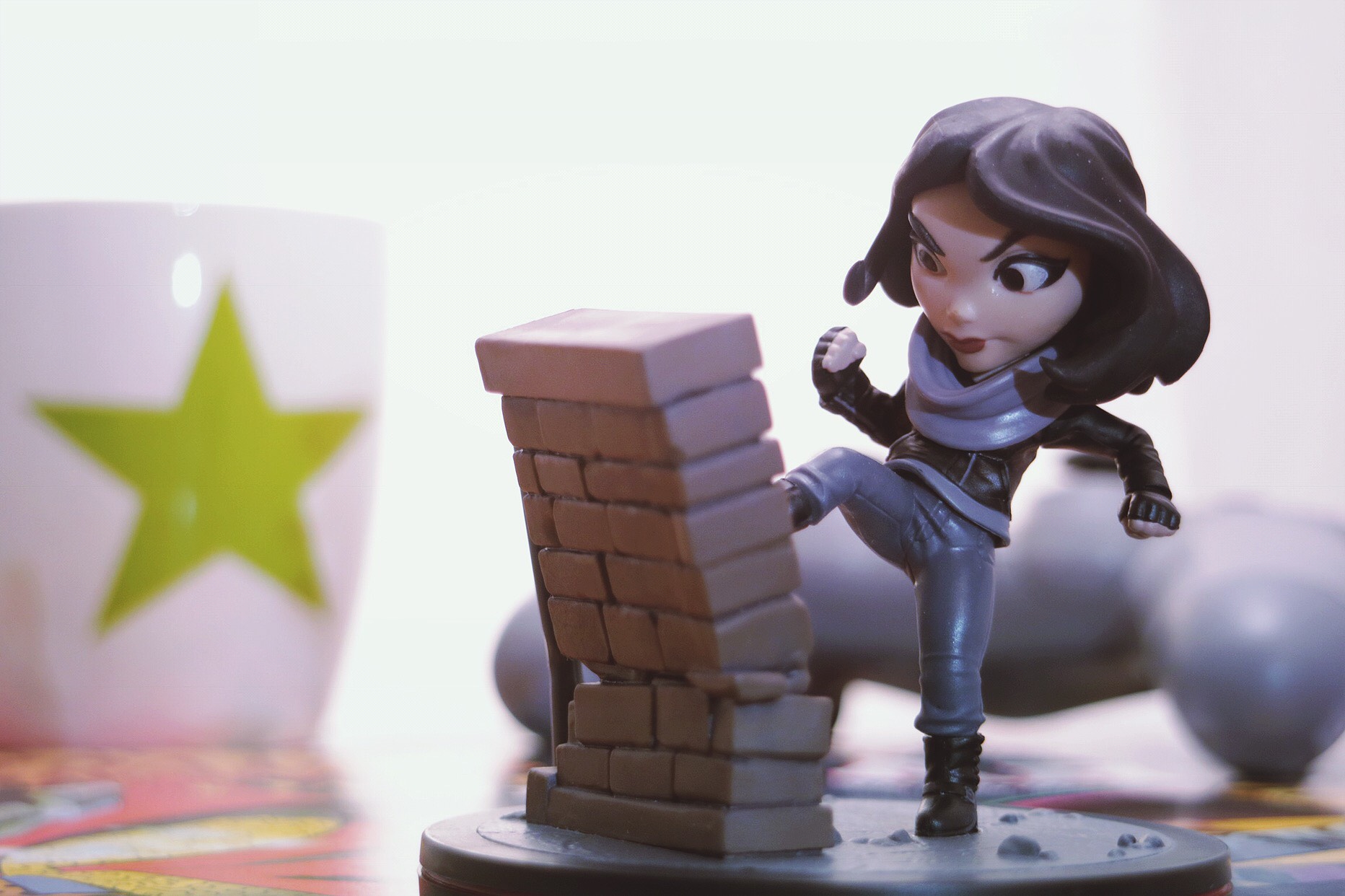 As I’m sitting here writing this I’m aware that this article should probably come with a warning, so consider this my gift to you:

If you like having money in your wallet and space in your house then this article is not for you.  Close it now and never look back.

Be gone with you!

I’m serious, you should close this now and go on living blissfully unaware of what lies ahead.

Still here? Well, don’t say I didn’t warn you… If you’re anything like me then you probably find yourself wistfully wasting away too many hours ‘window shopping’ online. No matter what I do, or where I go online, the internet is always full of these amazing geeky things that I not only want in my life, but NEED. Unfortunately, if you really are like me, then you will very quickly realize that what you ACTUALLY want and need in your life is a wallet that’s deep enough to support you buying all of this amazingness that you see, because owning amazingness comes at a price… and then you close the browser, unplug the internet and go have a good cry.

This sound at all familiar? Well, this was my life every day until I took an arrow to the knee… and that arrow’s name is LootVault.

What is this LootVault and why is it stealing all my current and future money?

LootVault is not a name that most people recognize, but almost everyone who has ever watched any nerdy unboxing video on YouTube knows the name LootCrate, the mystery subscription crate to rule all others. LootCrate is a subscription box that’s filled with exclusive, officially licensed merch and products you won’t find anywhere else and LootVault is basically the non-mysterious version of that.   When all the LootCrates have been shipped out, whatever stock is left over goes up on LootVault for you to browse through and buy. The thing that makes LootVault absolute magic though is their pricing. Anything bought off of LootVault comes in a good few dollars cheaper than anywhere else online and then they still constantly run crazy sales. In the last week alone they’ve run a 30% off sale, everything is $5 sale and a 60% off sale.  THEY NEVER SLEEP.

Needless to say, after finding out about LootVault I knew I could never go back, but then the inevitable questions came up:

Would I be able to get it in South Africa?

Would I be nailed on import duties?

Would my stuff even be in one piece, if it did arrive?

So I did what any reasonable person with these questions would do, I went to google and learned nothing. 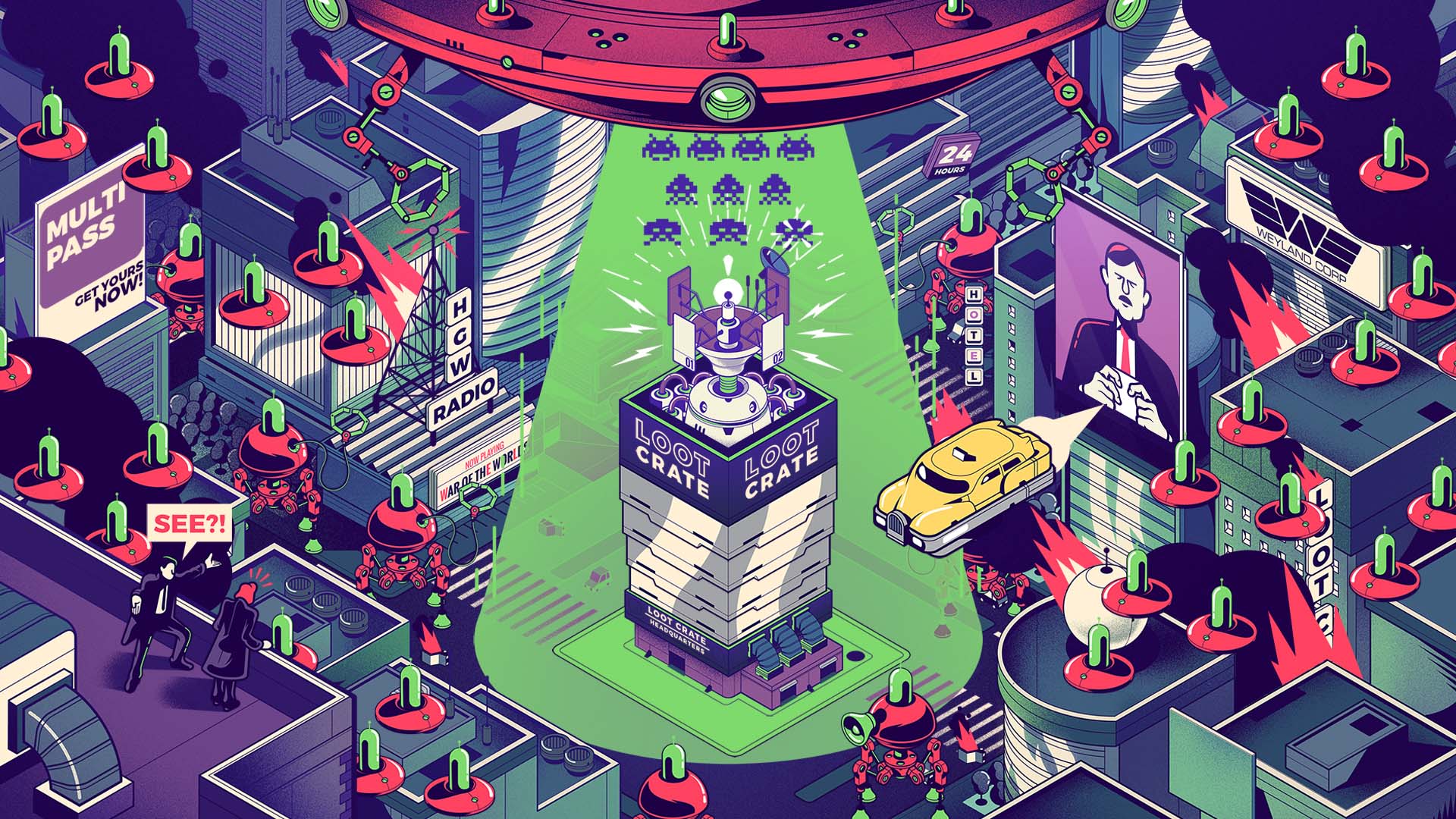 We might be living in the golden age of information but all that actually means is that we have access to  what people had for breakfast, a bunch of useless sites, clickbait, what people had for lunch, ads for things we don’t even care about, all the time, what people had for dinner and nothing much else. So after reaching Page 3 on Google (and yes, it really does exist) and still being in the dark, I did the only other reasonable thing left to do, I placed an order and hoped for the best.

So without further delay, here is the article I wish I had been able to find.

First, let me show you what my first ever LootVault order consisted of, I bought everything on one of their infamous sales (75% off) and this is what I paid in Rands: 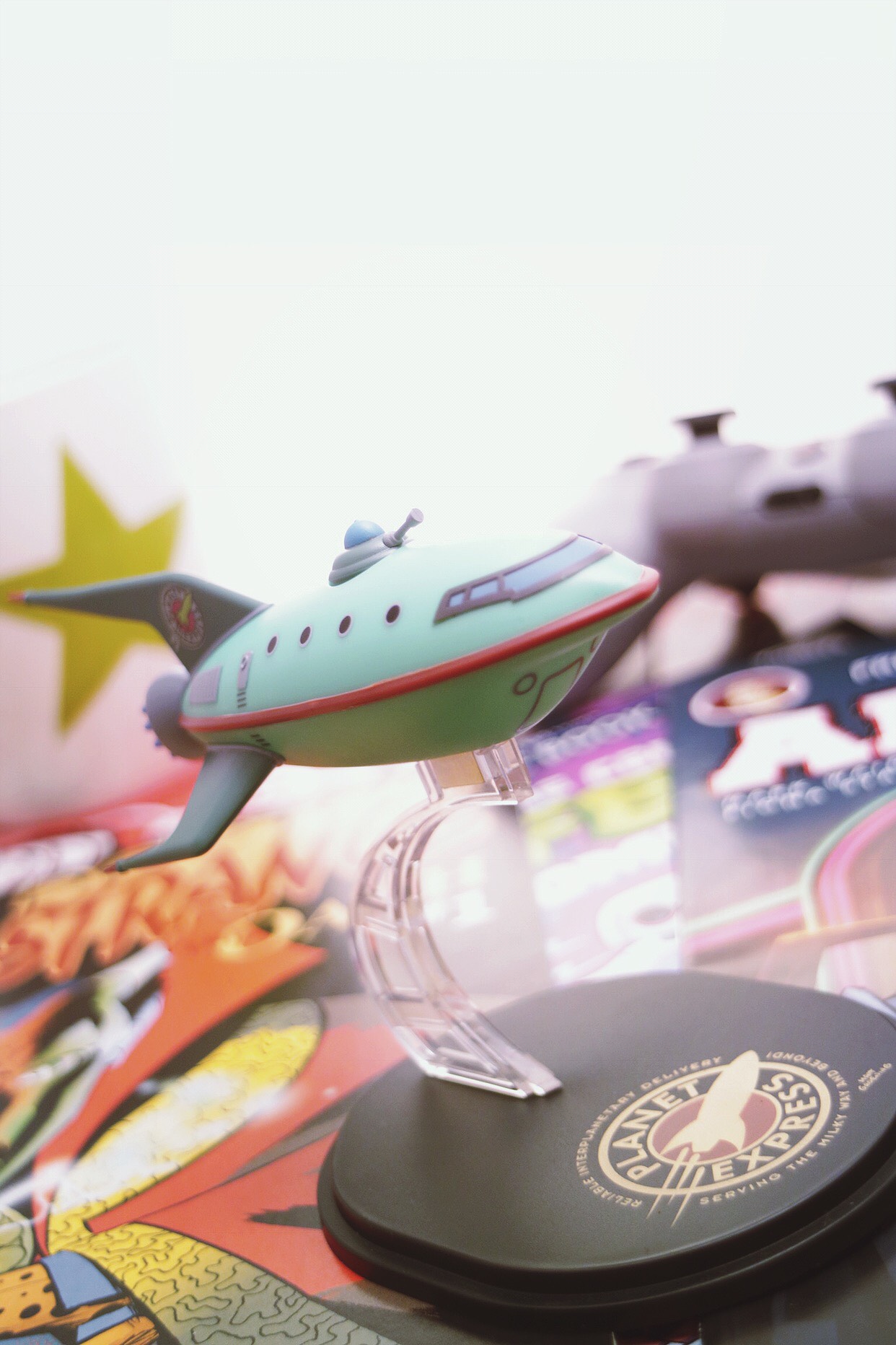 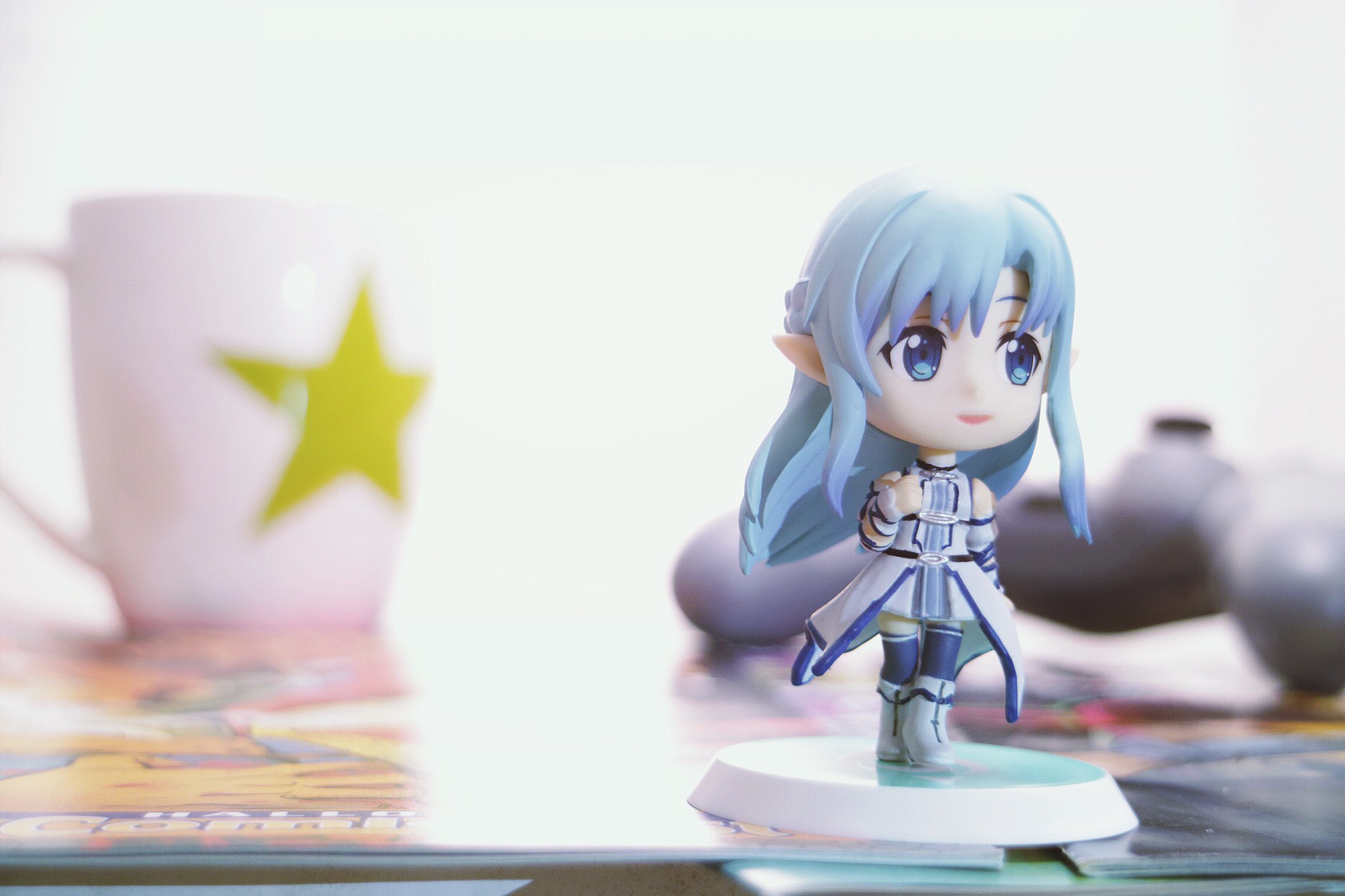 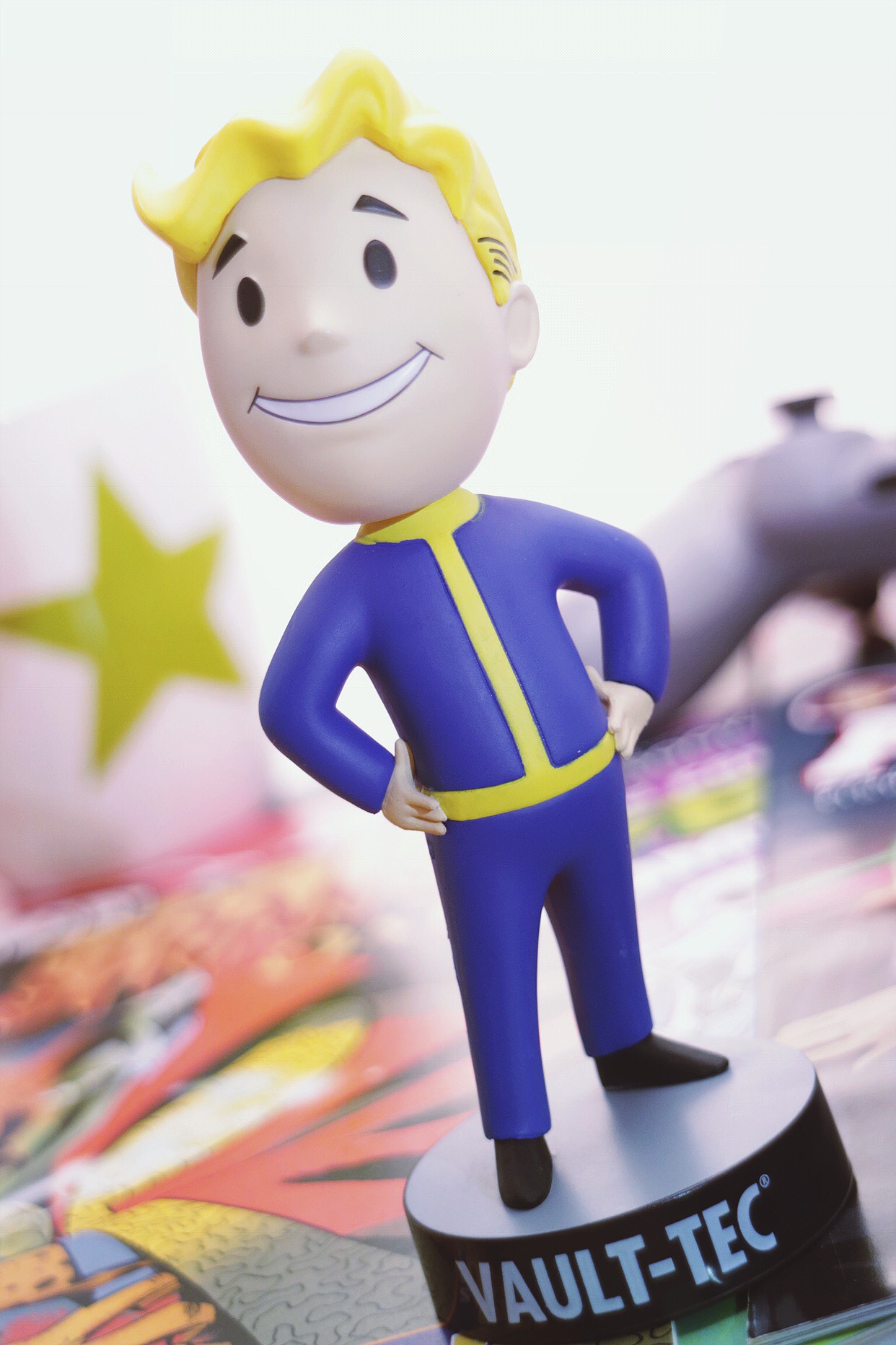 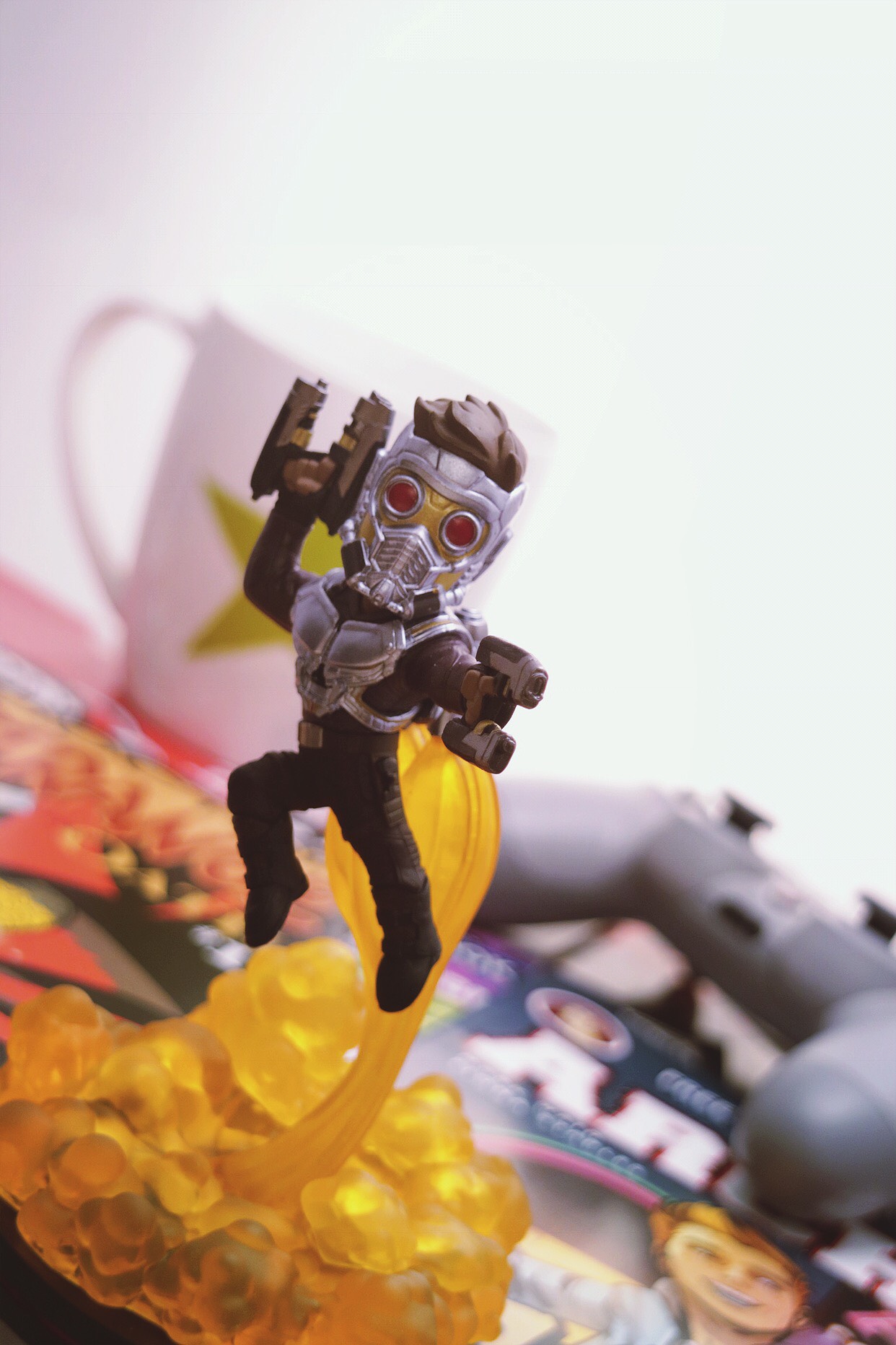 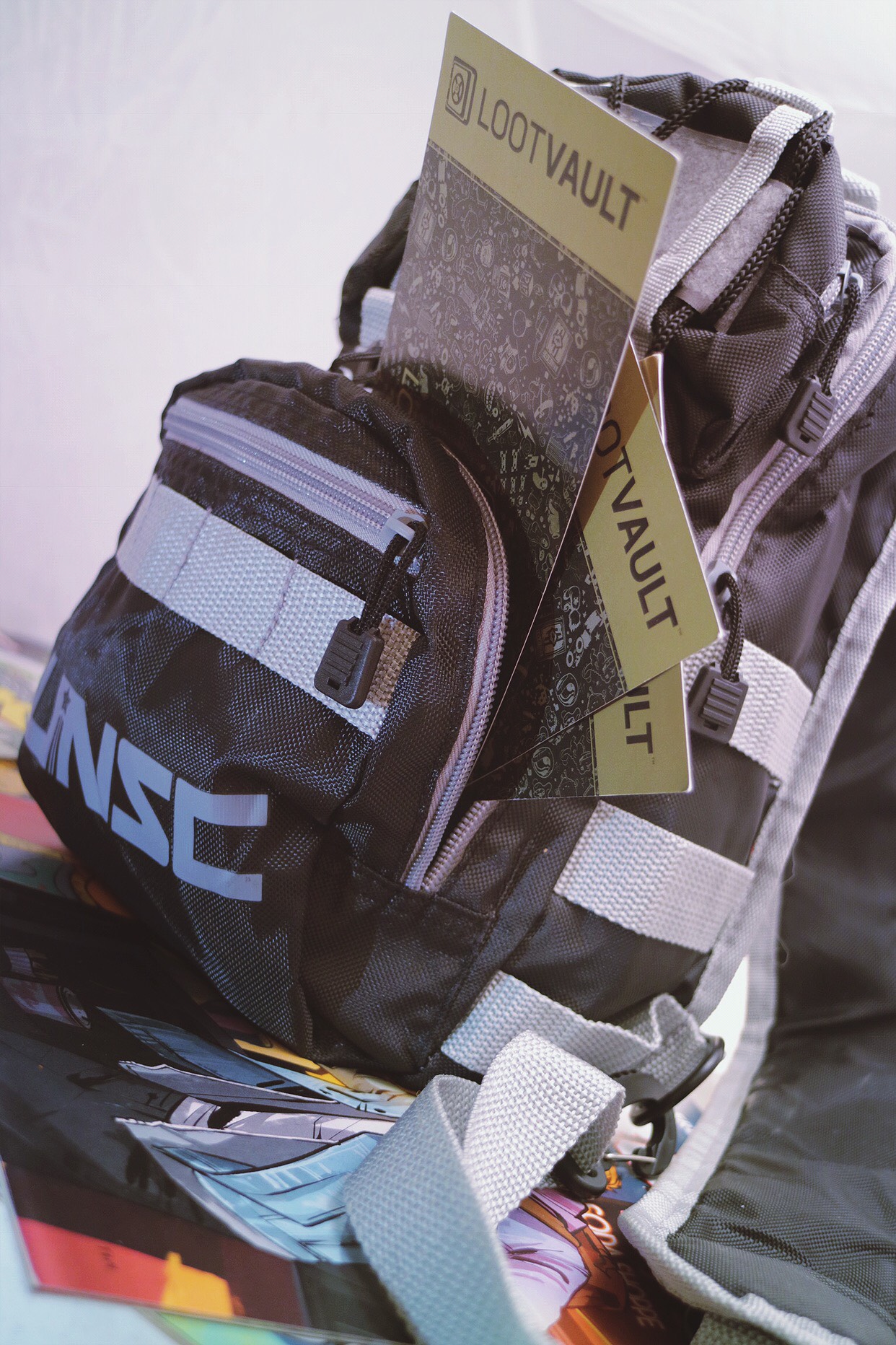 Okay so now that’s you’ve seen what my first order looked like and the ridiculously low price I paid for it, let’s move on to actually answering all the questions that I had:

Can you get LootVault delivered to South Africa?

YES! I had absolutely no problem placing my order with a South African address.

I was really worried that I wouldn’t receive my order, because once it enters the country it gets handed over to our local postal service and I thought for sure that it would be tickets, but lo and behold I received my little slip saying I could collect my packages just days after my tracker said it arrived in the country.

The tracking system Loot uses is one of the most helpful things about them. They send you an online tracking number the moment your package leaves their offices that you can check night or day to see where exactly your package is and if you don’t want to have to remember to check you can get updates emailed, Facebook messaged or SMSed to you.

Are there any additional costs?

Yes, there are, but it’s not a deal breaker.

When you’ve finished choosing your items and placed your order you are charged R175 for international shipping and when you collect your order from the post office you are charged R24 for ‘import fees’. When I first ordered off LootVault mistakes were made. I’m used to ordering off of sites like Amazon where shipping is worked out per item and isn’t just one flat fee, so when I ordered off LootVault I just thought it was the same. Long story short, I placed one order in the morning and was charged the R175 in shipping and then that evening I placed a second order and paid the R175 again. But that was my mistake for not reading the site properly, and for all my orders placed since, I’ve just made sure to place everything at once so that I only pay shipping once and only pay the import fee once. One thing I thought was quite novel, with each order you receive you get a ‘golden ticket’ inside, this is basically a ‘mystery’ voucher you can use for future orders – it can be free shipping, a certain amount of money off, or a discount ranging from 5% all the way to 90% off.

I received 3 of these ‘Golden Tickets’ so far and the one I used last night gave me 50% off.

How long did it take to get here?

Okay so this is something you need to be aware of, while I’m fairly confident that you will receive all of your items and that they are going to arrive unscathed to your door, LootVault is maybe not the site you should use if you’re in a rush, but then again I might have just placed my order over a very busy time. I ordered both my packages on the 27th of November and I finally had them in my hands on the 1st of February. I know that that seems shockingly long but there is also a story there, over December my package got lost.  I was in the habit of checking the tracker once or twice a week and a few days before Christmas (my predicted delivery date) it just stopped moving. Thinking it was just a bad time of year I ignored it until middle January. When middle Jan came and they still hadn’t shown any movement I sent them an email and that’s when LootVault cemented themselves as one of my top stores:

Within minutes I had a response apologizing for the inconvenience, they had phoned UPS on my behalf and they were unable to verify the location of the packages, they apologized once again and informed me that they had already sent through the order for a replacement crate to be sent to me. Free of charge. This was all handled within 24 hours of me sending an email going:

Um, Is it supposed to take this long?

The LootVault order you see above is actually the ‘missing order’ apparently when it arrived in South Africa our guys never updated the tracking and it got lost in the abyss that is our post office over December/January. Loot really stepped up from their side and made sure I had a replacement, no questions asked. But yes, you’re probably gonna wait a lot longer than their 7-10 working days prediction.

How did my items look when they arrived?

Perfect, they were all in better condition than if I were to buy them in a shop where they’ve been picked up and handled by people all day, every day.

I recorded an unboxing so you can check the quality here:

Overall I walked away from my first time using LootVault with more than R1000 worth of items and having spent under R300. Yes, I waited considerably longer than I would have if I had bought the same stuff through Amazon but I also paid a fraction of what Amazon charges and my items were in mint condition.

LootVault has become one of the sites that I check every morning while I drink my cup of wake-up coffee just to see if they have any good deals on, to my wallet’s horror.

LootVault is a problem for me, during the course of writing this I managed to buy 4 Splatoon Plushies and 3 pairs of Bob’s Burgers leggings. I don’t even understand how. LootVault – TAKE MY MONEY!