My chinchilla Maurice has started to pretend to go to sleep when he has had enough play time. Usually, after about an hour he will just go into his house and sleep. The other day I got up to leave and pretended to close the door so that I could catch a glimpse of him on his side (it’s the cutest thing ever) and what did I see? The little sh&% jumped out of his house and ran around. I was 1. heartbroken and 2. impressed. When I opened the door to reveal myself, I could see he felt guilty. So in order to console myself, here are some internet funnies to make you laugh out loud.

ICYMI: The internet reacts to Doritos for her

?The robots are going to take our jobs…. or are they?

Boston Dynamics has created robots that hold the door for each other.

And as creepy AF the above is, watch the parody video below. The kids really are going to be alright.

?You can be a big pig too

And if you’re worried about robots, here’s a massive pig you should be scared of because it is REAL.

?Emoji has a representation problem

But it’s probably not what you think. Here’s an interesting graph that shows how emoji represents different groups of animals, and as you can see the mammals have got it good.

[OC] How emojis represent different groups of animals from r/dataisbeautiful

?Lions maul a guy but English is importanter

This is one of the funniest tweets ever. 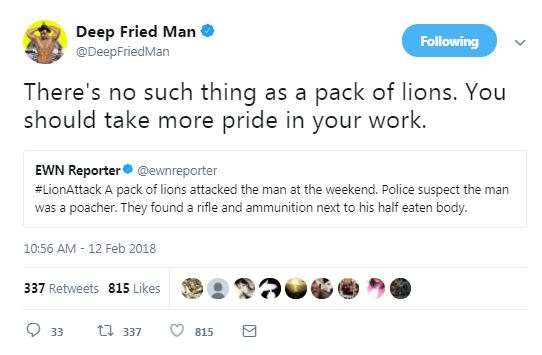 ?How we all feel about the Winter Olympics

The Winter Olympics is a time when we all get together every four years to watch and get into sports we won’t mention until the next Olympics. And of course, everyone becomes an expert.

me, pre-olympics: nationalism is dumb

me, mid-olympics: THESE COLORS DONT RUN I SLEEP WRAPPED IN A FLAG MY MOM IS THE STATUE OF LIBERTY MY DAD IS A BALD EAGLE

Me: I’ve never watched luge. I know nothing about it.

Me 20 minutes later: Turns 9 through 12 are really the key to victory. He’s taking them too high. Why doesn’t he listen to me??#olympics

*After years of training, a ice skater is about to perform their routine at the Olympics, literally the apex of their sport

*their music choice is Coldplay

Me, watching from my couch, eating kit-kats:
"OH MY GOD, LOOOOOSER."

?❄?This guy is my spirit animal

He overslept because he was binge-watching Brooklyn 99, couldn’t find a jacket so he borrowed one and then got messages from his family who were downing beers before his event to celebrate. All this and he STILL won Olympic gold.

Nothing but respect for MY gold medalist pic.twitter.com/tjhW1rSFni

If you’re looking for something to do this weekend, here are old school games you can play on your phone.

READ MORE: 5 of the best books to give as a gift 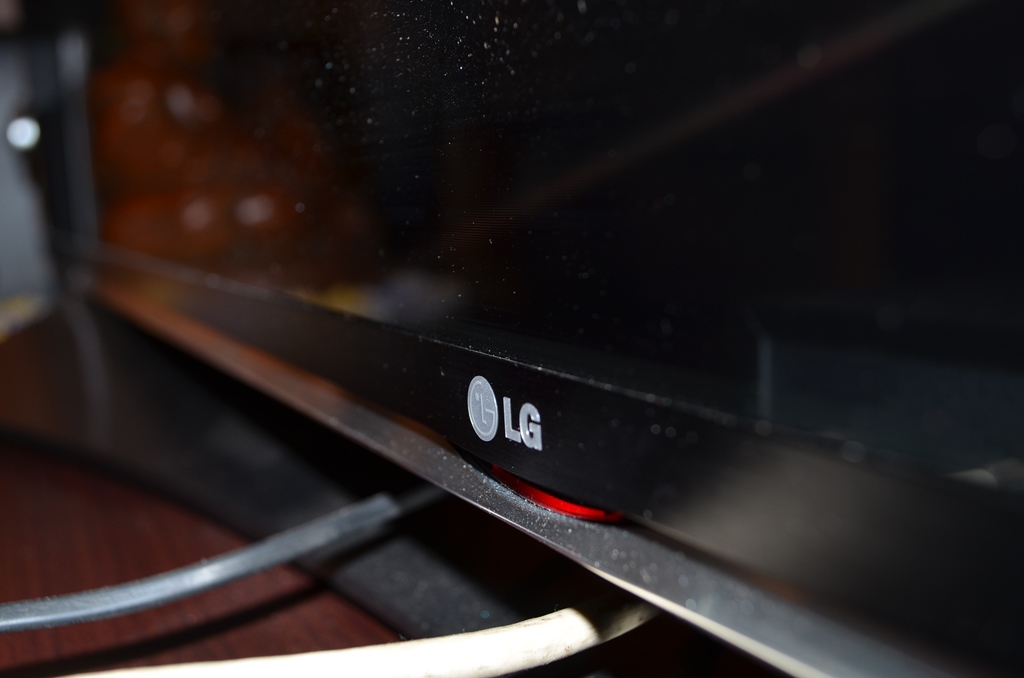