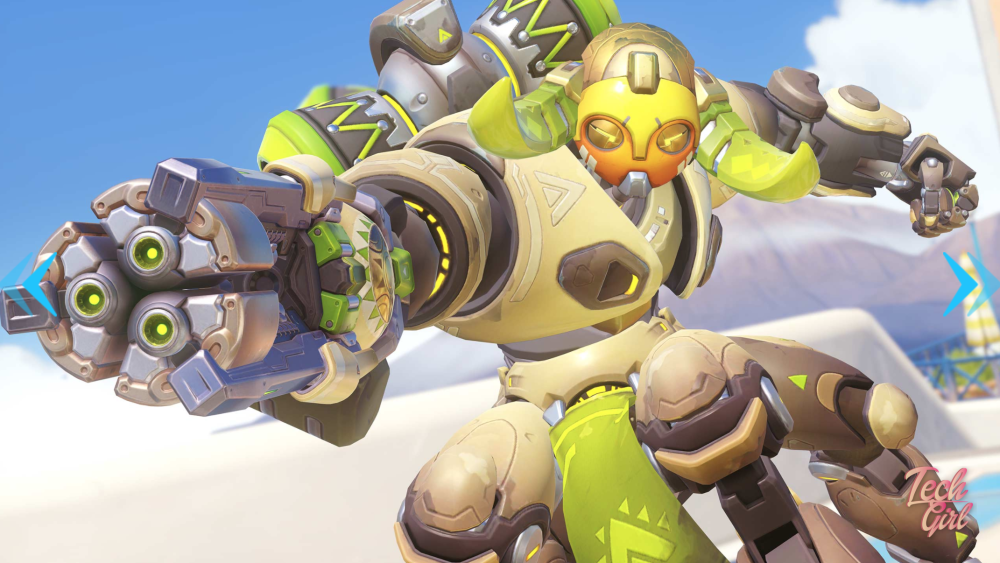 I’m sure the big time Overwatch players are rolling their eyes right now but hear me out. My current favourite Overwatch hero is Orisa and my thinking here might be justified. Or at least it is for my game style.

I’ve recently got back into Overwatch have have become a bit obsessed (See: staying up till 2am playing obsessed). I’d forgotten how much fun this game is and especially love it as a break from all the battle royale stuff doing the rounds at the moment. The beauty of Overwatch is that you don’t need to be a FPS Goddess to enjoy the game. Heroes are customised to suit your play style and you’re rewarded for so much more than just landing frags. I enjoy the team work element of each game and find my time playing to be far less rage quit and far more rad.

I do think Overwatch League and my new obsession with Overwatch as an esport also plays a role.

The biggest role in my rekindled love with the game is played by Orisa. A hero that seems to be designed for me and my play style. Orisa is a tank and was introduced to the game last year. While she may not be everyone’s favourite hero I really enjoy playing her and thought I’d give you some insight in to why. But first a quick introduction: 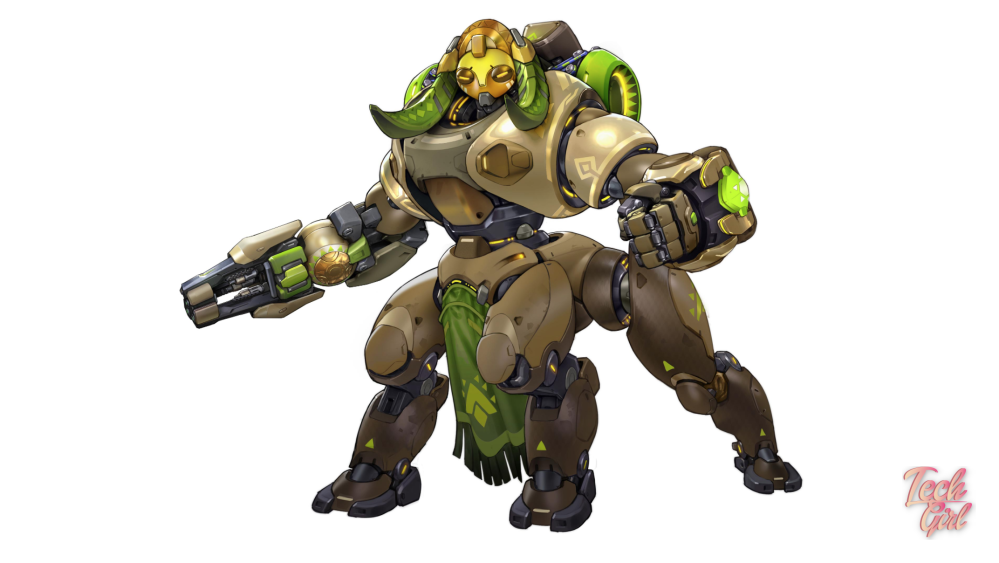 Call me sentimental but I love that Orisa originates from Africa. She’s from Numbani which is likely near Nigeria. She’s a robot and was built by a young girl called Efi. There is something rather magical about her back story and her emotional attachment towards Efi as well as towards doing good. I dig it.

Her slow movement and Fortify ability 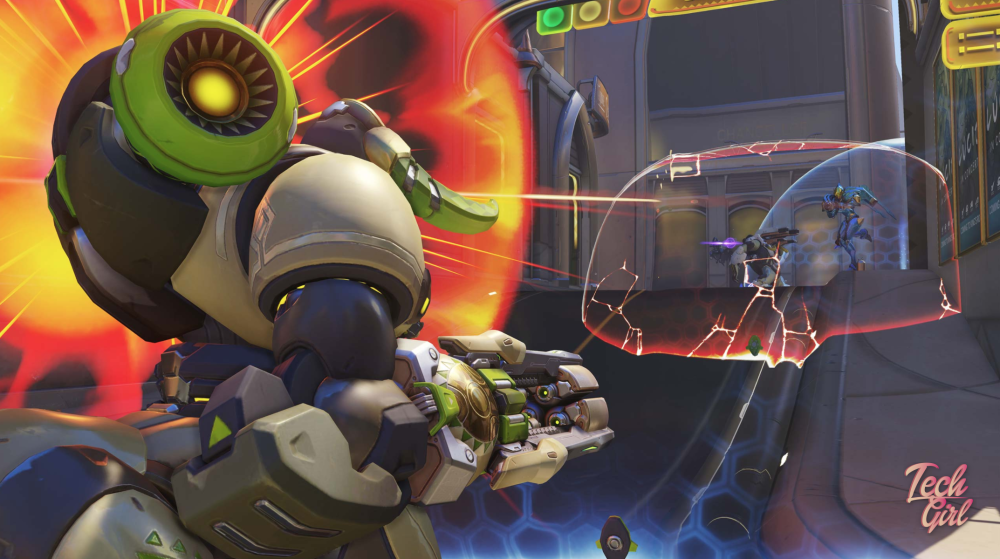 I know this actually sounds absurd. But here is the thing: I have the worst habit of stopping when I shoot. It is a bad habit and one I’m well aware I need to change (I’m playing Quake Champions to try counter this because in Quake if you stop you die) but Orisa actually works well for me. She slows right down when shooting with her primary weapon: the Fusion Driver. So her attack naturally aligns with my play style. Because I’m a bit slow her slow mobility actually works for me and I find her Fortify ability assists me in not constantly being taken out. The Fortify reduces her damage and allows her to get in and out of heated battles. When Fortify is activated she also can’t be affected by counter movement impairing effects, which tend to be my downfall. I’m an easy target as I’m already a bit slow.

She’s a tank but she is also so much more 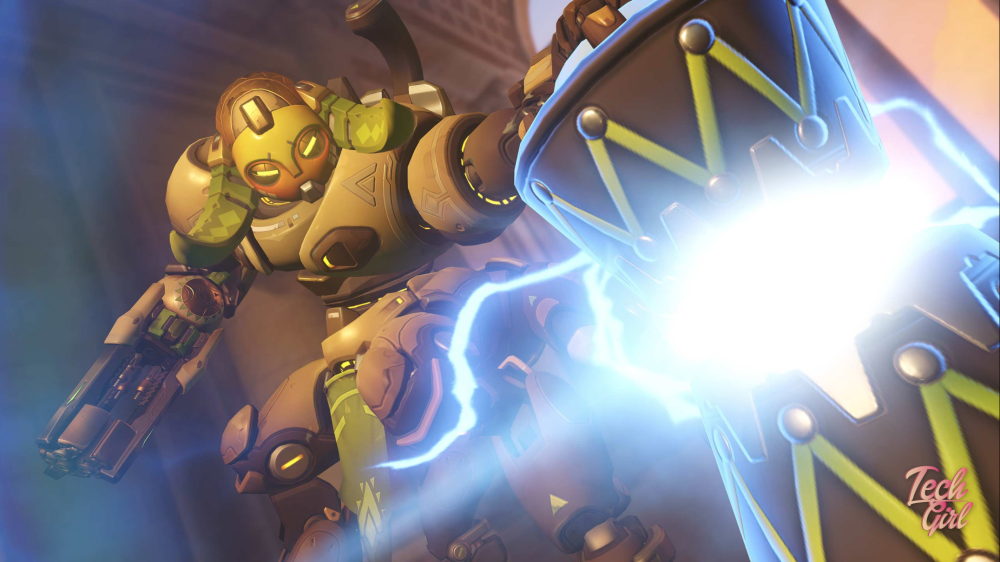 I know Orisa is technically meant to be a tank but I find she has a host of other abilities that allow her to be more of a team player and fulfil other roles on the team. I actually find she works better as a support tank. One of her abilities is her protective barrier. She’s able to throw out a type of goal net that protects her and her allies from enemy fire and allows you to set up a line of protection if you like. Her primary fusion driver can make hits from long range so you don’t always have to get up close and personal (actually, I find she isn’t that great in close quarter battle). Her other two abilities also allow you to assist the better players on your team to take the glory moments. Halt lets you launch a graviton charge and pull in nearby enemies so your better aimers can pick them off and her ultimate is a Supercharger. Its a device that she drops which then increases damage inflicted by allies within your line of site. So when you’re getting into a heated battle I drop that baby and move back to let my far better team mates do what needs to be done while I try take out the stragglers. 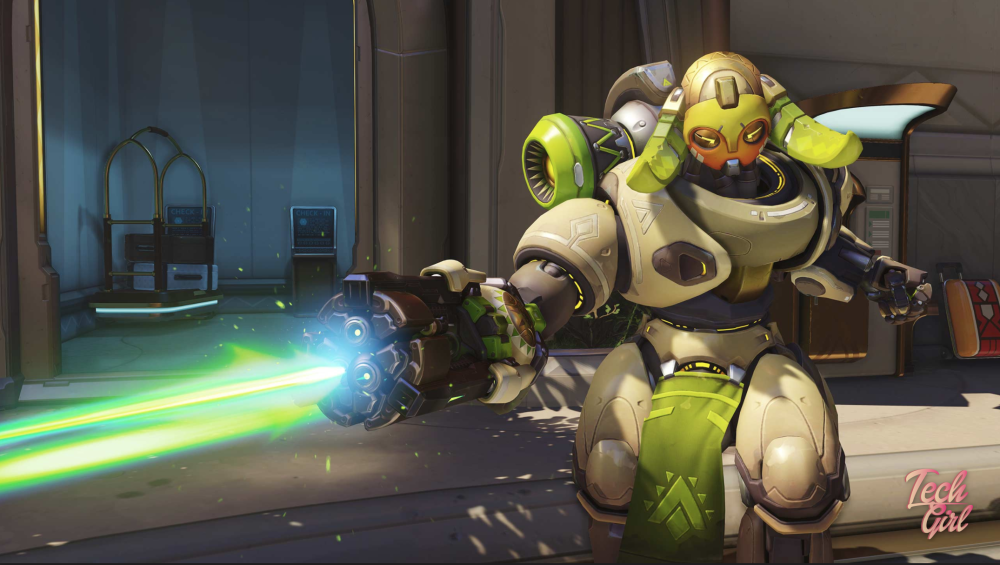 I’m not that good at games. I’ve never hidden it or pretended otherwise. I’m slower than most, mess up and always feel a little bit “left behind” when compared to my friends. But Orisa is a hero that makes me feel like I’m actually contributing to the game and assisting. I’m able to help improve our chances, actually do some damage and once I even got play of the game which was my life time gaming highlight if I’m honest. Yes, she’s a bit slow, goes down fast and probably isn’t the glory hero you might want in Overwatch BUT, I thoroughly enjoy playing her and feel like I’m finally adding something to the team as opposed to being the weak link.

If you want to start playing Overwatch and are worried you might get shouted off the server, give Orisa a go. I feel like I’m her Efi and she has my back every time I play as her.