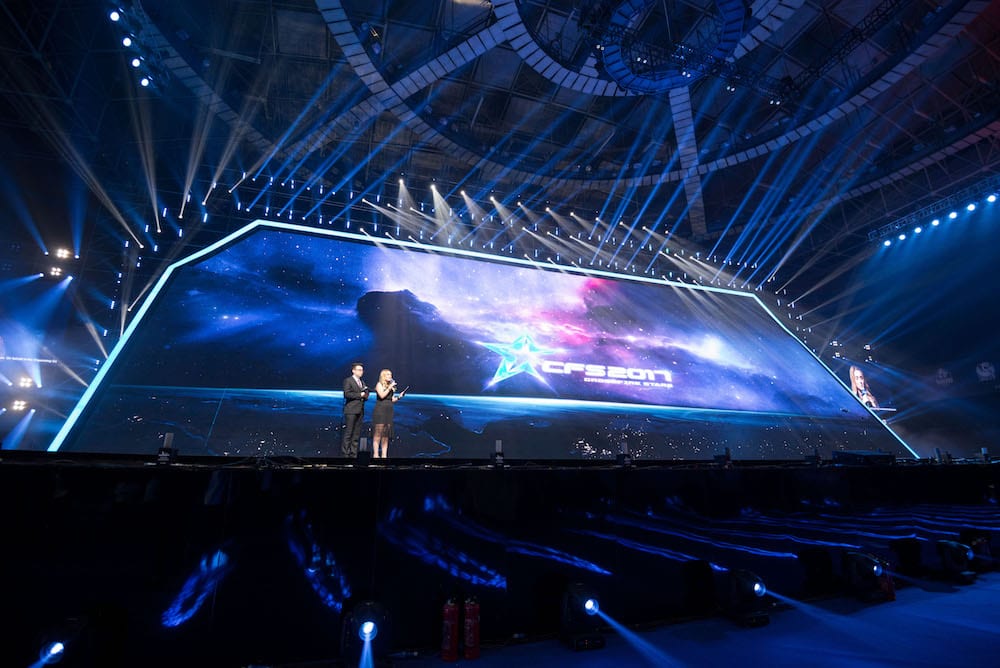 This time last year I’d just landed from Bali and was at work dreaming of the New York holiday I was set to embark on. It was around this time that I was well aware that I’d be tendering my resignation to my day job on my return from the States. I was both terrified and also relieved. I wasn’t happy in the environment. But I had nothing else: no plan, no clients, no other job to go to. People like me are weird. When our mind says: you need to do xyz, it is like a switch flips and we just have to do it. It doesn’t matter if that thing makes no sense or is illogical. We just do it.

I remember having a conversation with someone in early January who matter a factly asked me if I was aware that I’d never make actual money from Tech Girl and that “I hope you aren’t that stupid to think that.” I wasn’t. I had no intention of that. Hell, I had no intention of anything at that point. And yet, here I am. I can proudly say that I am a full time content creator living in South Africa.

This is my last blog post for 2017. Myself and the host of humans who make this space possible are taking a break. Once this goes live I’ll likely post my final video and then I’m going to try disconnect. I’m still undecided if I should stream during the holidays. I need a rest. Before I go I wanted to recap the year. More as a therapeutic way for me to make sense of the craziness, if I’m honest. Because heck, it has been crazy. I’ve seen a lot of these Q and As floating around the internet so I’ve tweaked one and kept only the questions that matter.

This is my year in review:

What was your biggest achievement of 2017? 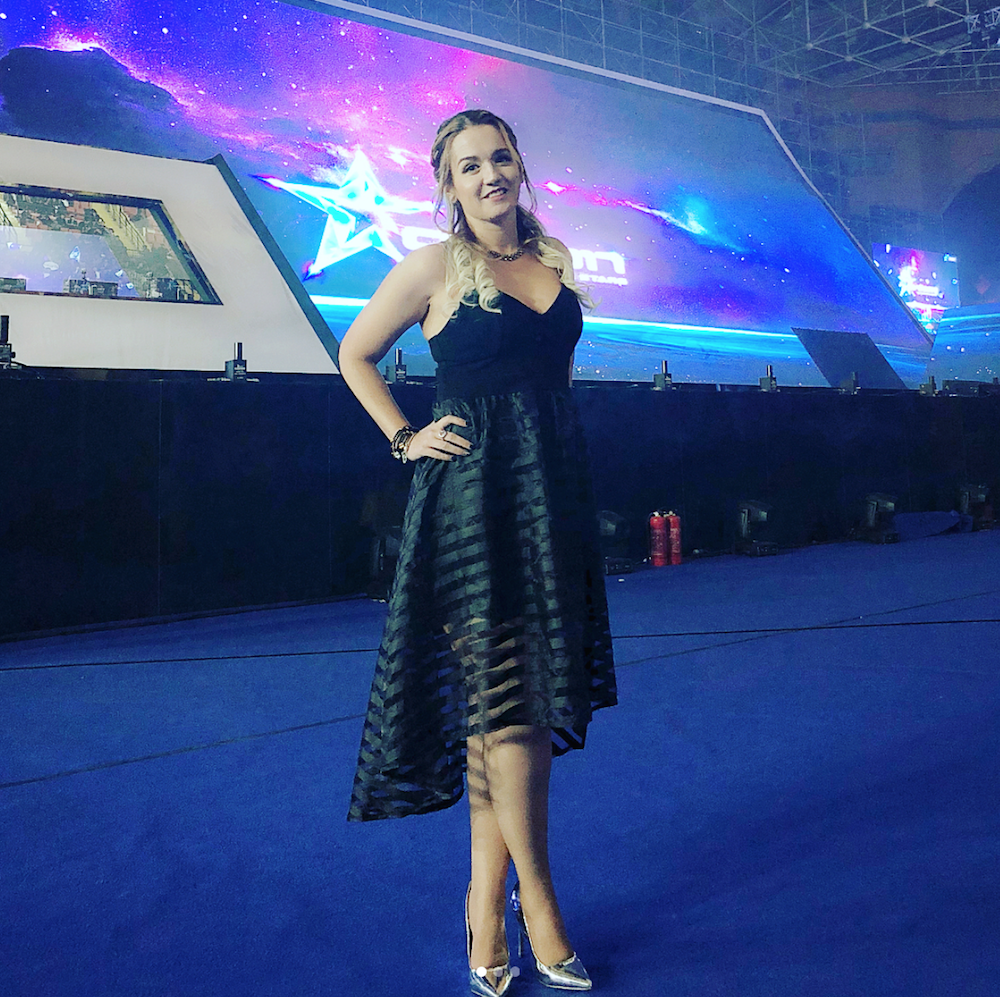 The right answer here is FITTING IT ALL IN. Desk hosting for the first time with the Samsung Galaxy CSGO Championship, hitting 2000 subs on my YouTube channel, actually being my own boss and not finding myself eating salticrax, Acer For Gaming, getting a job writing for Red Bull, the Valkyrie Challenge, getting a slot on 5fm after telling my high school teachers that one day I’d be on 5!, being named one of the Inspiring 50 in South Africa, hosting the Crossfire Stars Grand Finals in China, working for ESL Africa at rAge, being named Razer’s South African brand ambassador….. I’m pretty sure I’ve missed something off this list. I actually think hosting my first international Esports event at Gamescom is probably the biggie. Standing on the ESL stage in Germany and introducing Apex and Bodyy was surreal. I’ve never been that terrified and that stoked all at the same time. 2017 was properly insane.

What was your biggest struggle of 2017? 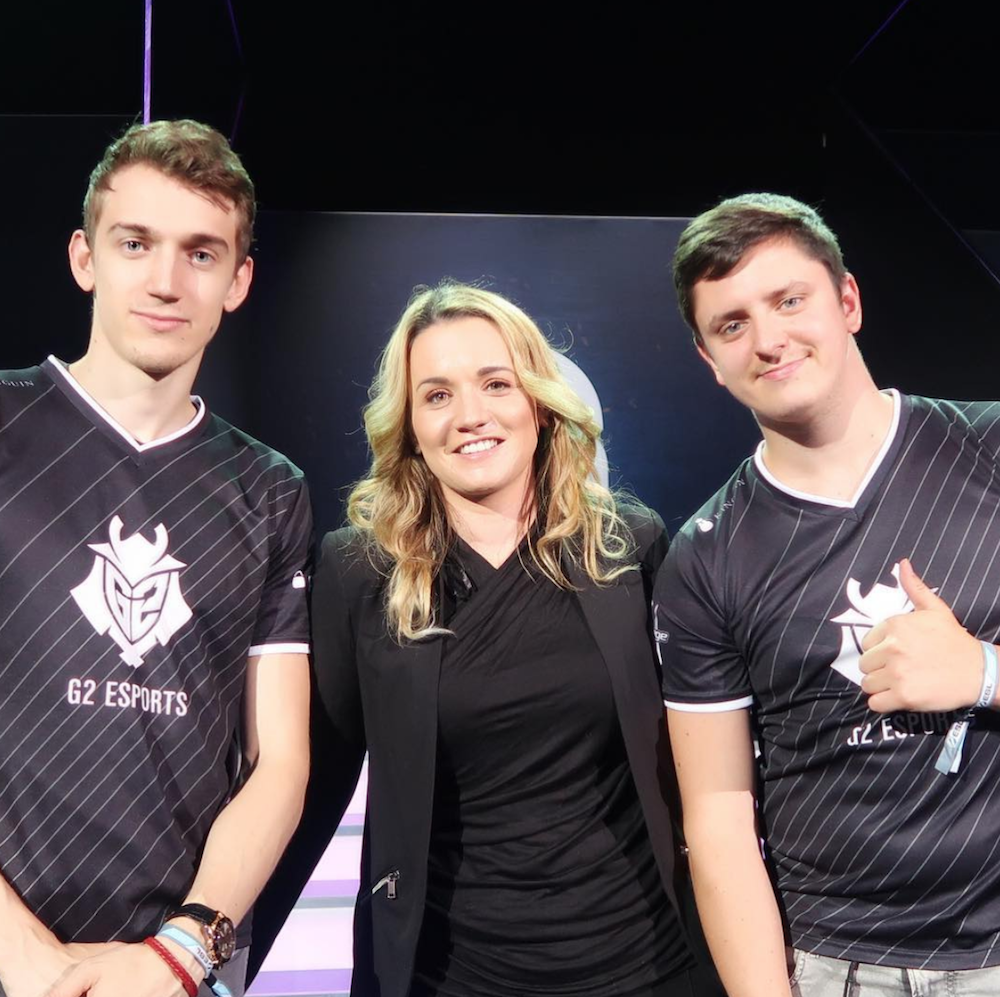 People. I felt like every time something incredibly rad happened it added to a list of people who wanted to make it clear, very publicly, that I didn’t belong, or deserve or whatever else. The scrutiny was crippling at times. I think anyone who creates is inherently a people pleaser. Creators look for affirmation. So it is soul destroying when you’re hit with the negativity. I’ve spoken at length about some of the BS I’ve had to endure from people who I see regularly and who will be asking you for opportunities before happily spewing lies as you turn around. My biggest struggle has been learning that not everyone is your friend. Not everyone deserves your help. You’re not obliged or beholden to assist people, it isn’t their right and you don’t owe anyone anything. Your success is yours. That has been a damn hard struggle and one I’m still working on. 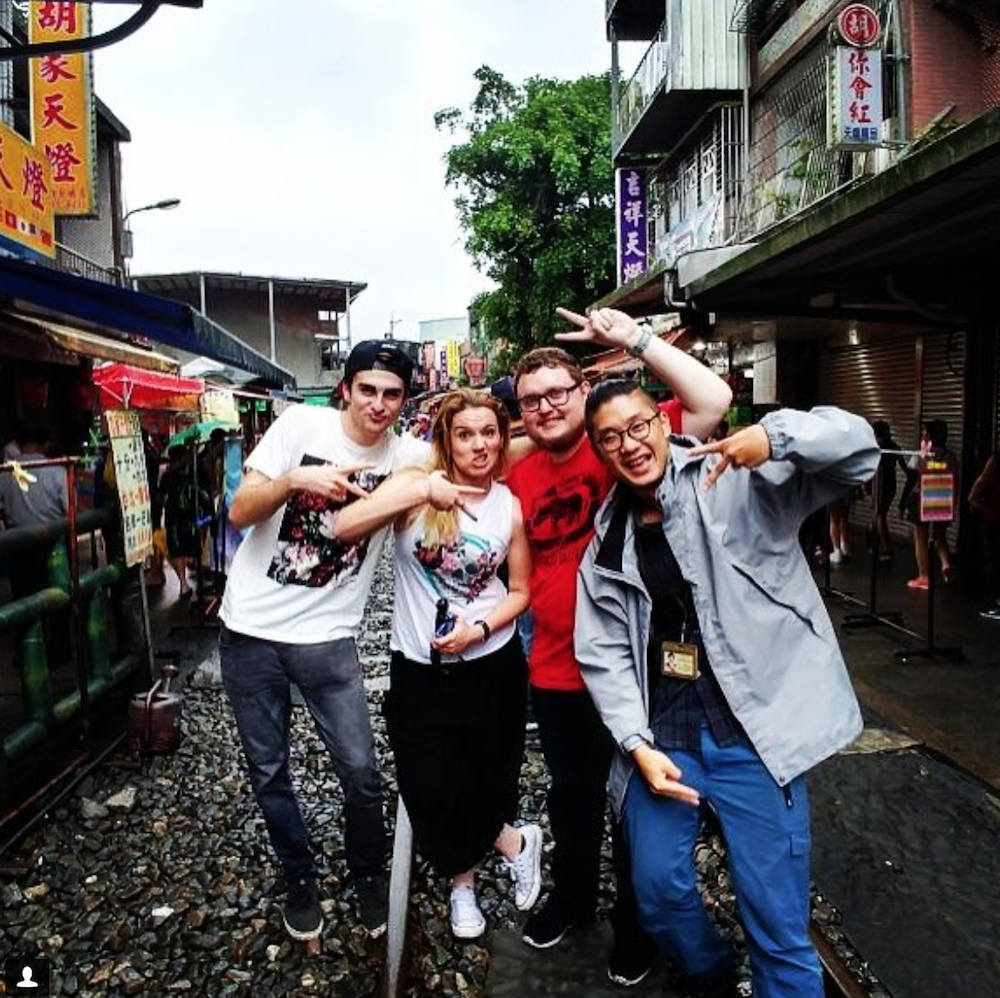 Travelling is my soul food (except when I’m using Travel Start – what a horrible business). I was able to visit three new destinations this year all courtesy of work. I visited Taiwan which was amazing (I so badly want to go back), Cologne in Germany and Xi’An in China. I really want to check out Cologne again as well. I had almost no time to sight see 🙁 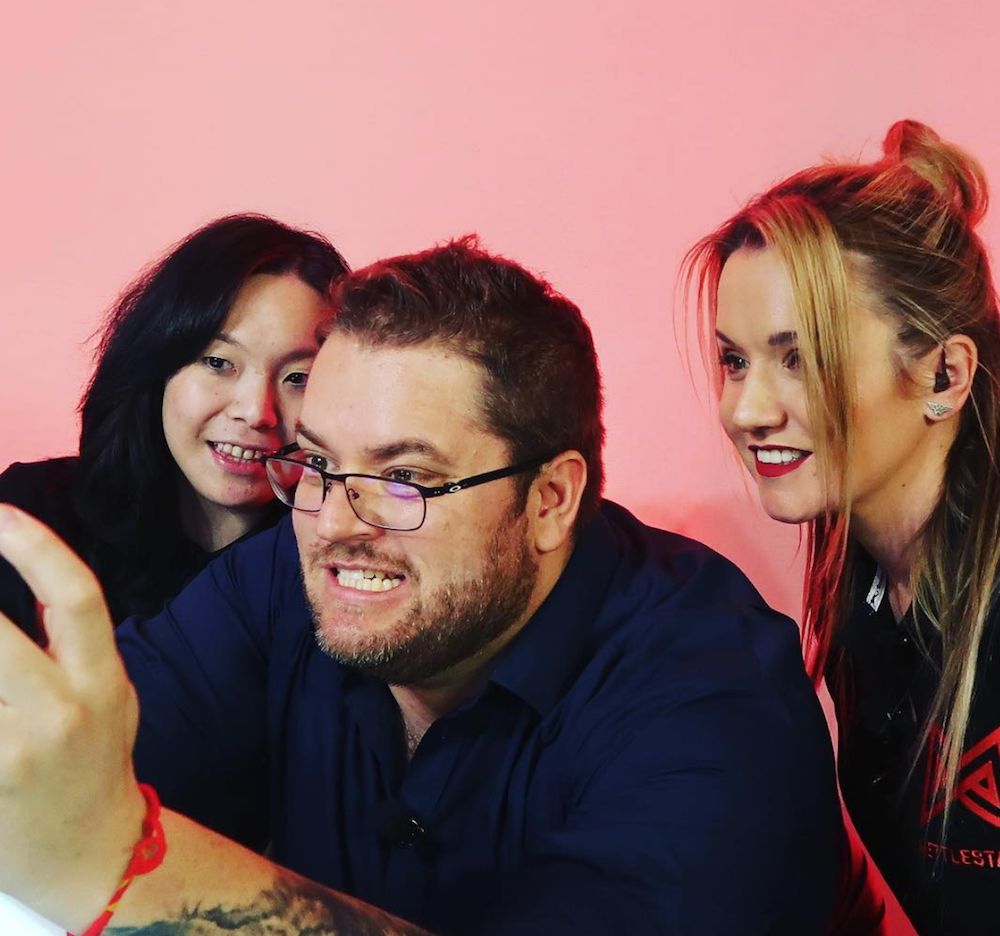 LOL. Too many to mention or run through but there are a few stand outs. The Mettlestate crew – a group of humans who inspire me and drive me to just be better. I also met my Player 2 this year. I remember sending out a newsletter towards the middle of the year having a word vomit about how it is impossible to have a successful career AND relationship. My friend Bailey responded and gave me some well needed life advice. I listened, absorbed and like a month later Player 2 bulldozed his way into my life. I think another person who has had a big impact on me in 2017 is Ben. Ben is my agent at Codered Esports. As he is in the UK and I’m in SA most of the time we predominantly communicate on Skype or Discord or Teamspeak or WhatsApp. He’s a rad human. He teaches me something new every time we speak and I love his matter-of-fact approach to business. I’ve learnt a lot from him in the past few months and I’m grateful that I have the opportunity to try sponge knowledge off of him. 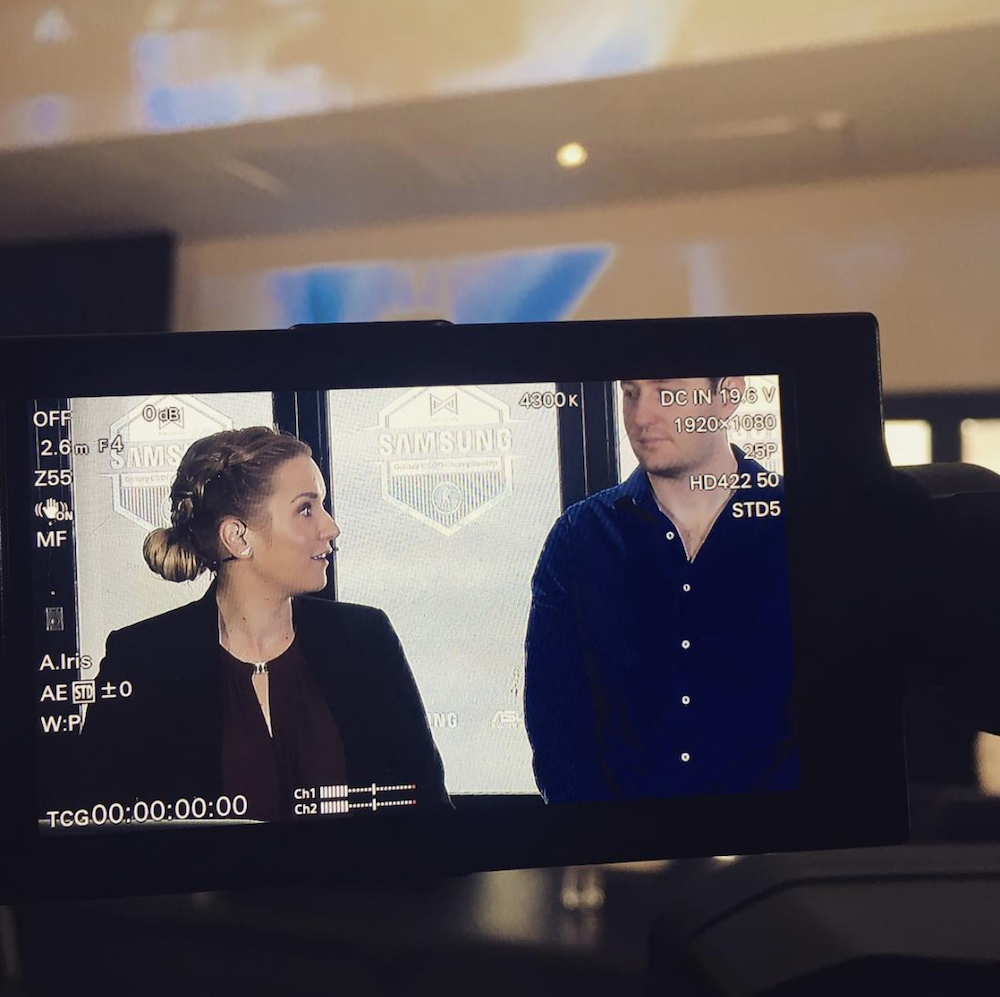 Move. It was at a terrible time of year so was physically draining and exhausting to organise. It was also a very emotionally taxing experience as well. It was tough. 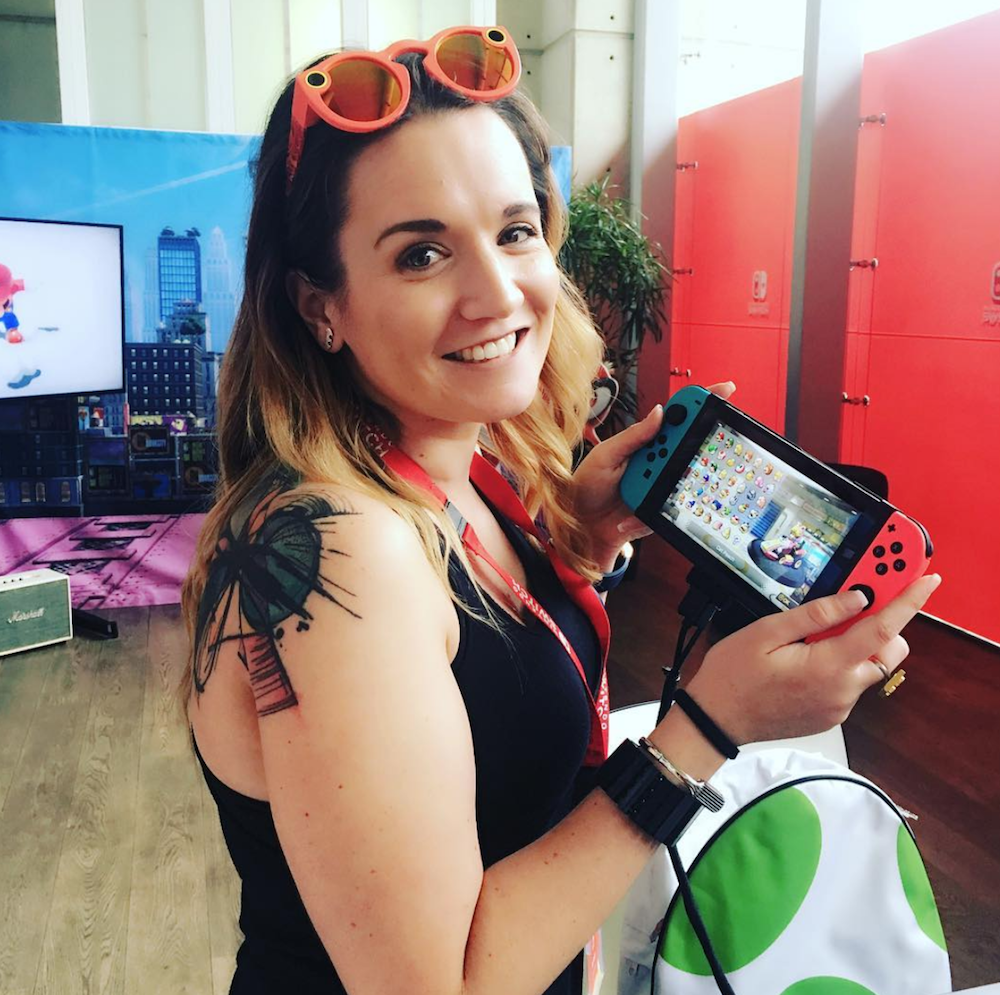 Visiting the set of the new Lara Croft movie with a stack of other creators and making a great friend at the junket is probably right up there with coolest thing of the year. But, I also came back from one overseas trip and had been booked in to a 5 star hotel because someone special felt I needed a “break and a disconnect” from everyone for a few days after returning home. That was pretty damn cool too. I’d never felt that special or spoilt before. 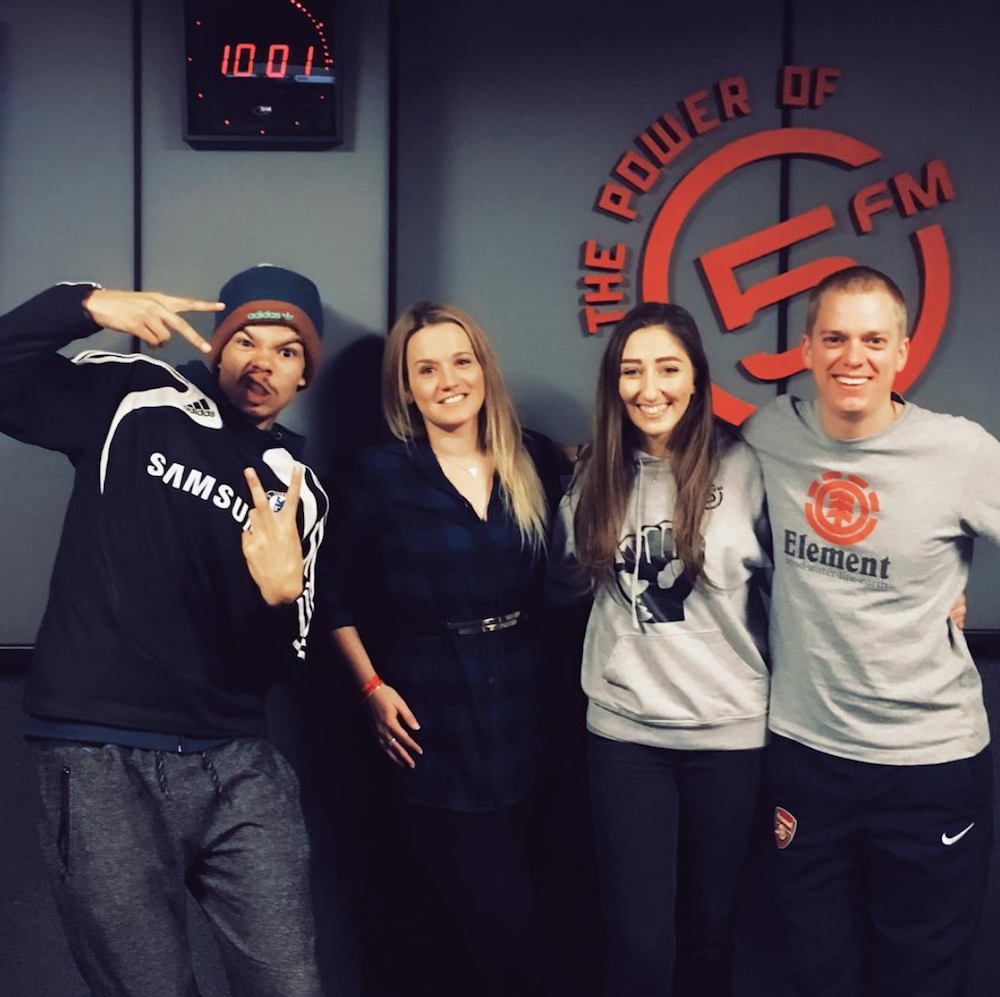 Focus on my health. I was obese as a teenager and worked damn hard to drop the weight. I’ve always focused on fitness and in 2016 accomplished some incredible fitness goals. This year though, I dropped the ball. In 2018 I will drop the weight I’ve put on and I will be a healthier human being all round. There is no excuse about time in the day – we make time for the things that are important and I will.

2017 has been tough. It has been heart breaking. It has also been exhilarating. None of it would be possible or as fun without you. So thank you: for reading, watching, engaging and just generally being a pretty rad human. The perks are sick but they’d mean nothing if we didn’t get to share these adventures together. I can’t wait to slide in to 2018 with you and see what other crazy shit we can get up to.