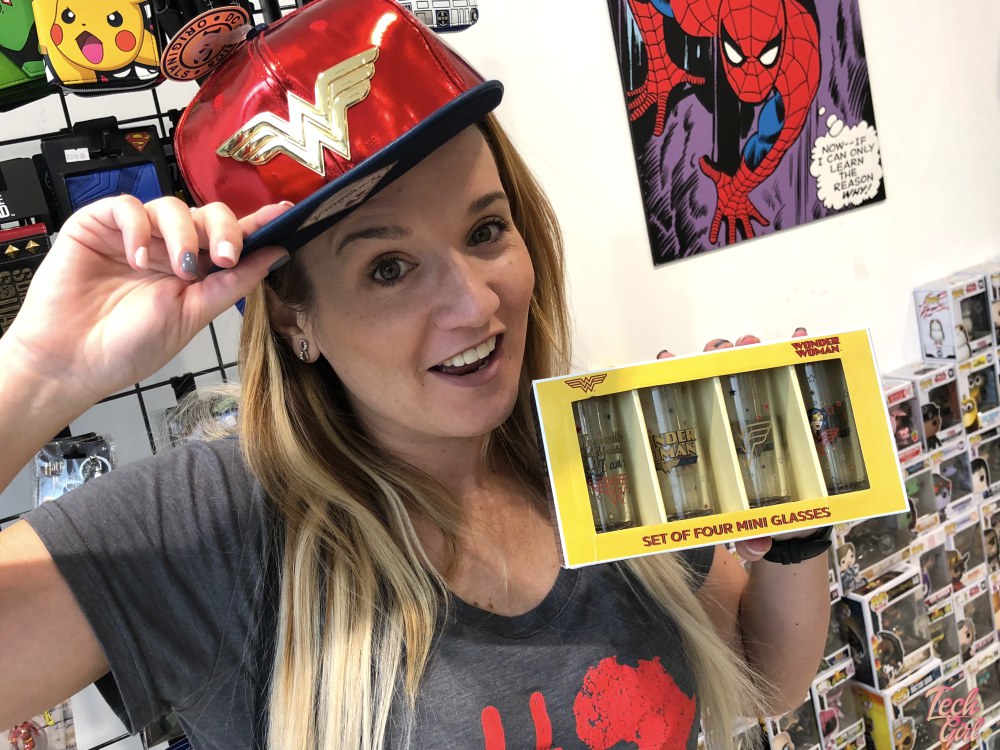 Star Wars is out tomorrow and the geek in me CANNOT. WAIT. But I was forced to. I actually got invited to the media screening earlier this week but Player 2 made it abundantly clear that my tendency to word vomit spoilers in excitement would not be tolerated. I agreed to thus wait it out till we could go see it together. In the interim though I’ve been feeding my Star Wars obsession with ALL. THE. THINGS. First off there are some wicked rad Pop Figurines that have launched in South Africa. I’ve shared an adorable one of Chewbacca and Porg on my Instagram:

One more sleep till #StarWars – so Chewbacca, Porg & I are getting ready! There’s a host of new @pop.figure in SA to celebrate the movie. I also have a stack of Star Wars merch to giveaway courtesy of @centralcitysidekicks all the info #ontheblog #linkinbio

There are also these rad Philips Star Wars Shavers that have been released (ideal if you need a gift for the male significant other in your life): 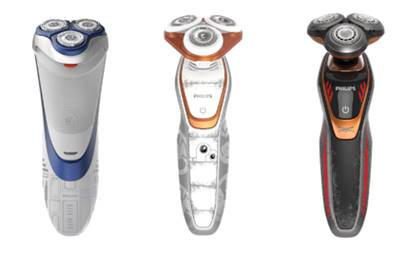 But my best find was over the weekend when I popped in to Fourways Mall to try hunt down a Christmas tree. It won’t only feed your Star Wars obsession but every other geek obsession you might have. It is the Central City Comics Pop Up Store. 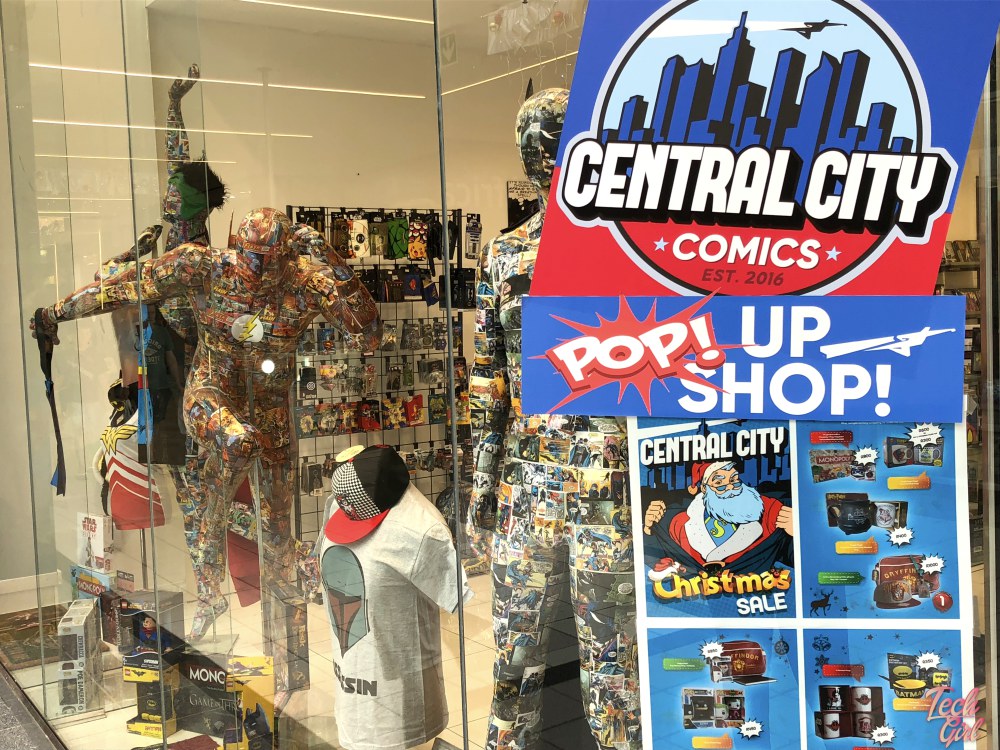 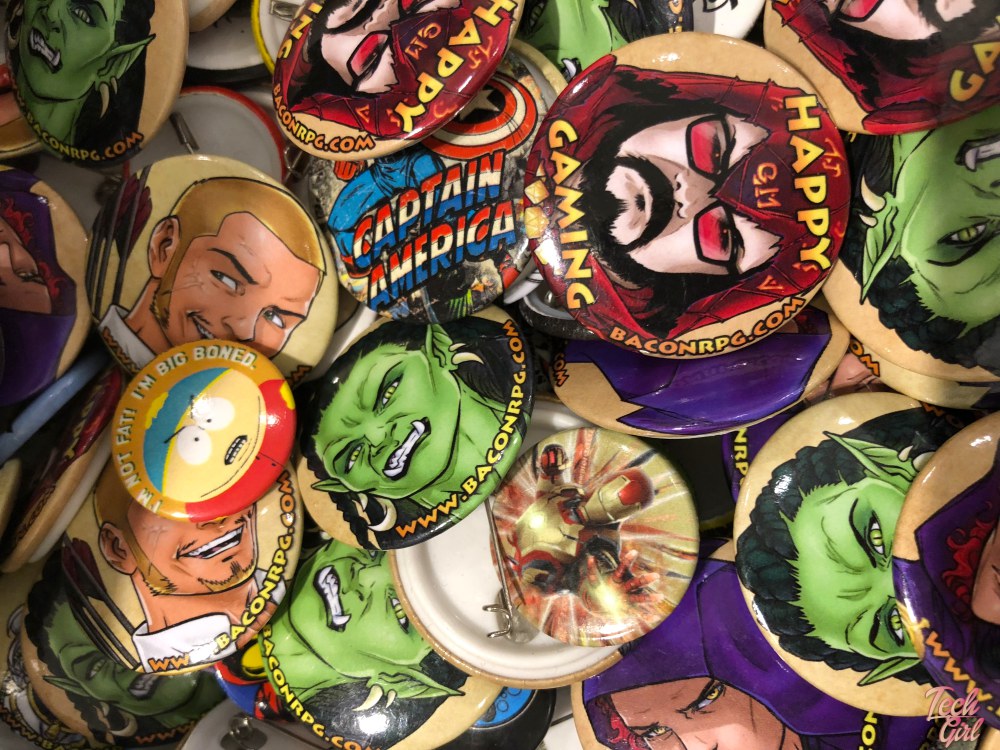 The store is filled with incredible geek merch that you’ll love. My favourite thing about it is the layout: each of your favourite fandoms has the merch displayed together which makes it so easy to find exactly what you want and not miss the good stuff. I spent a good few rands on various Christmas gifts and had to stop myself from blowing more money on Wonder Woman goodies. I’m still regretting that decision by the way. 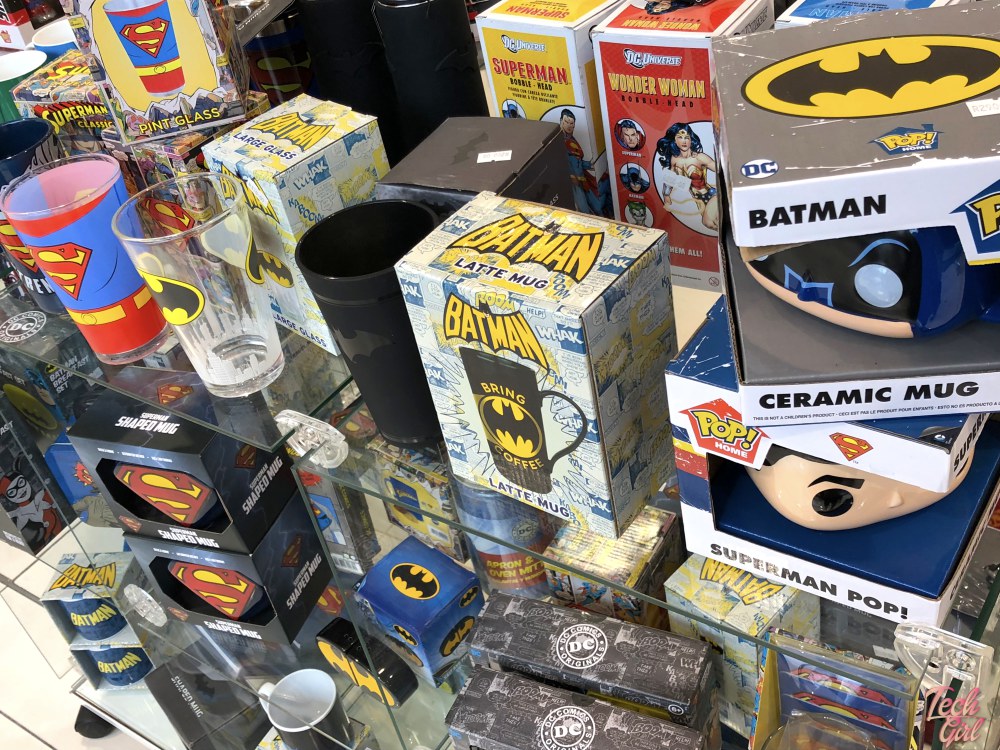 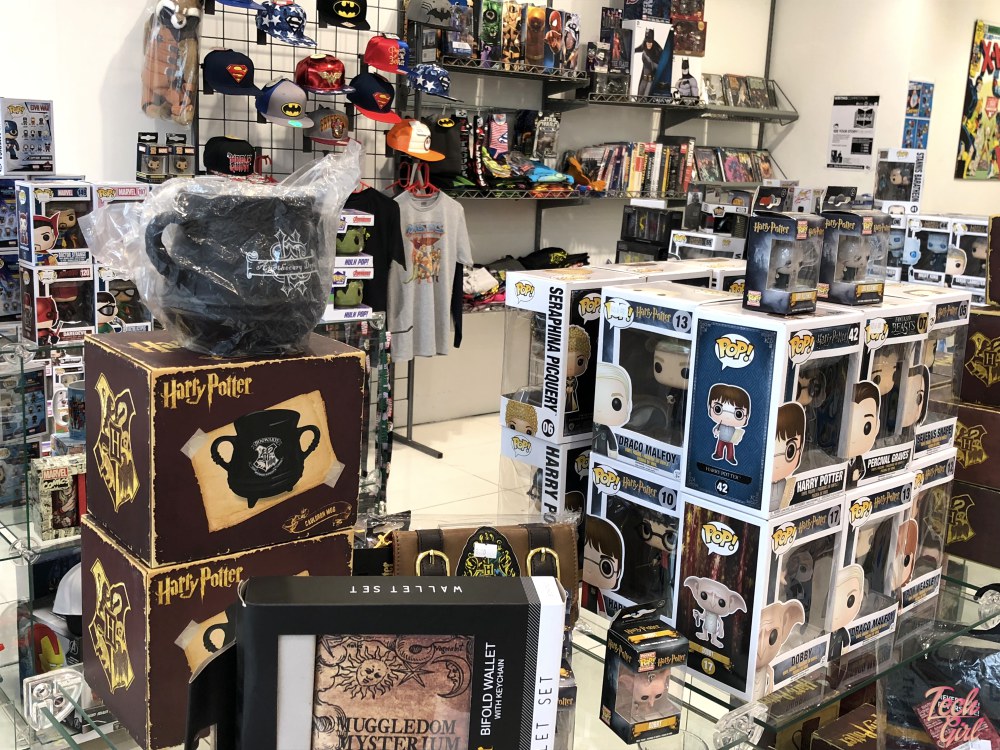 Central City Comics is one of the largest retailers of super hero and pop culture merch in South Africa. I’ve never been to their main store that is just off Marlboro Drive, so the pop up store was really exciting for me. They have so much great stuff on offer and you’ll spend a considerable amount of time browsing the rad goodies on offer. The store focuses more on merchandise like funky clothes, Pop Figures and other awesome items rather than comics and figurines (even though they do have a range of figurines). I’m more of a merch girl so this was right up my alley. 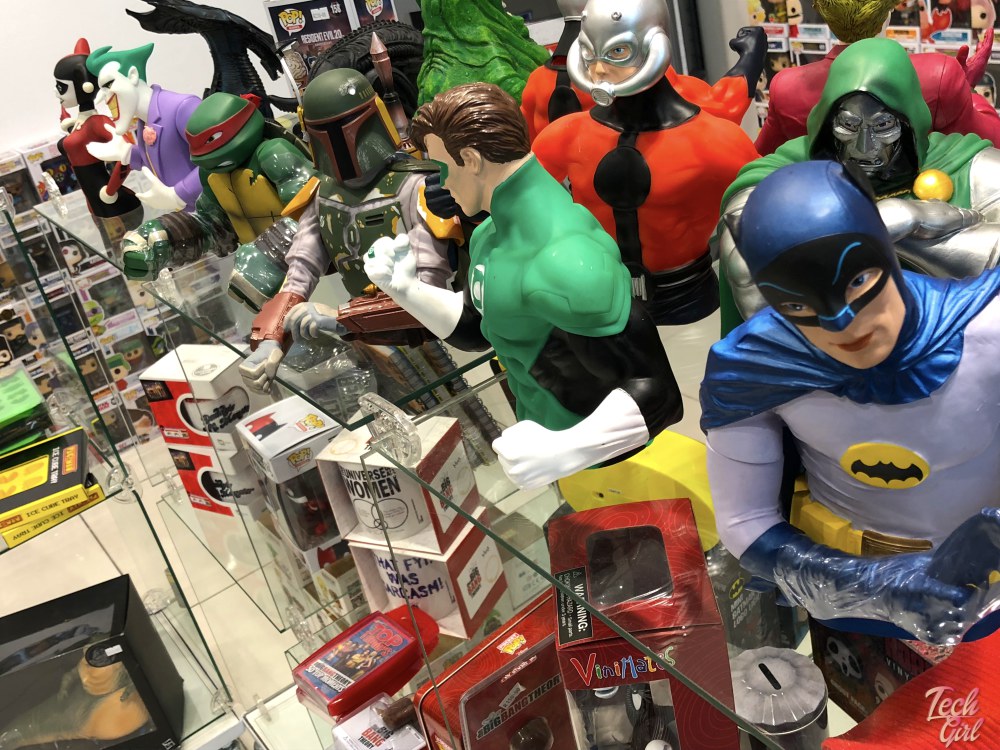 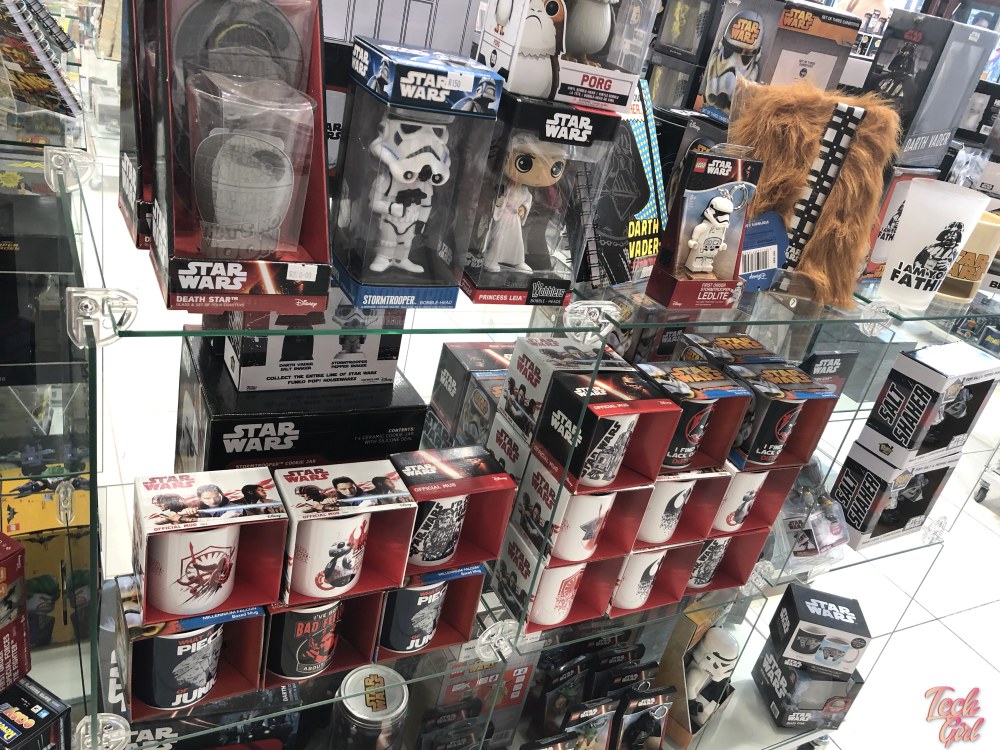 The Pop Up Store at Fourways Mall will be there until the 31st of December so if you’re in Johannesburg I really suggest making a stop there and feeding your geek obsession. The Star Wars section is conveniently situated right near the counter so head there first! 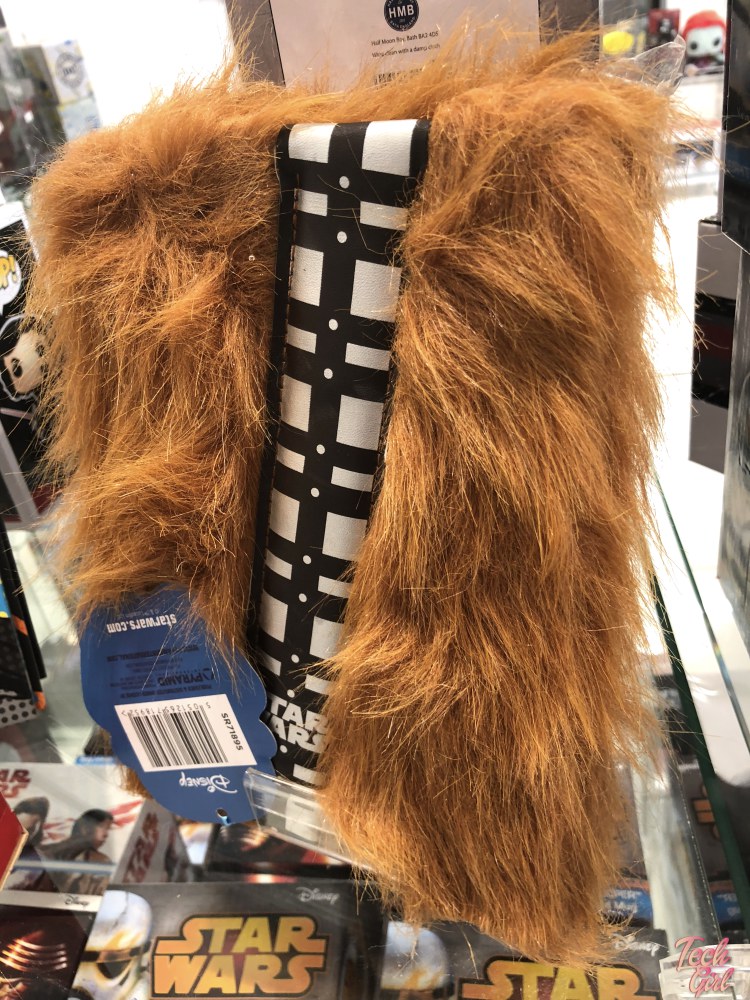 And now, to celebrate the awesomeness of Central City Comics AND Star Wars, the awesome crew has given me this rad Star Wars hamper to give away. Take a look at how rad this is: 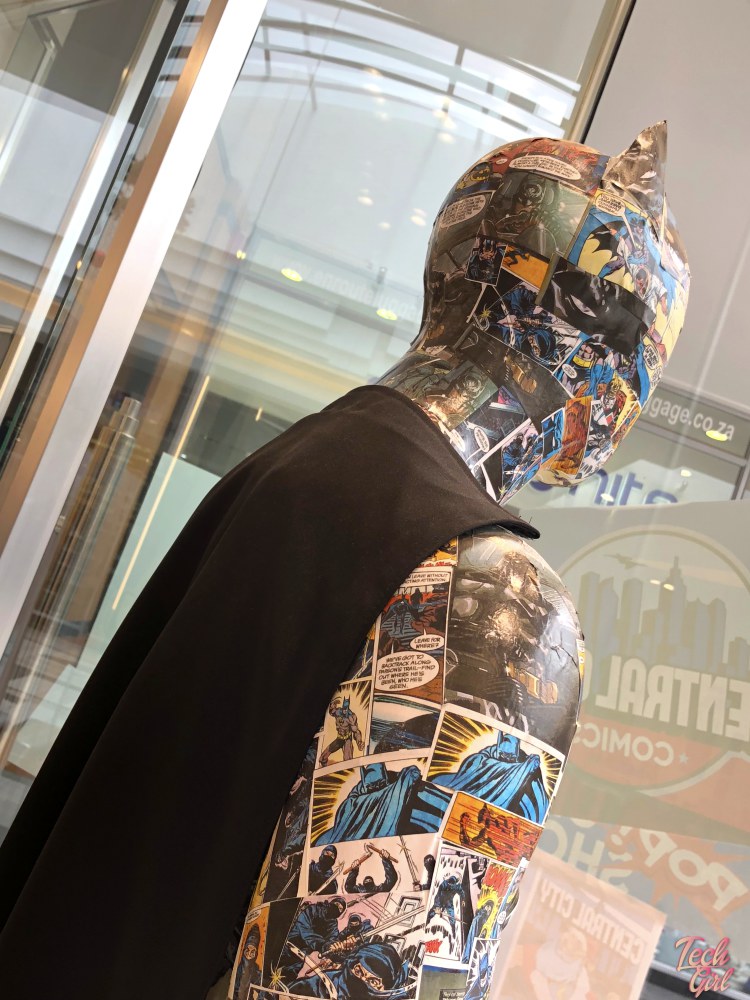 If you want to win it is pretty easy. I’ve outlined the entry requirements in the Gleam widget and you’ll need to use it to enter. But it is pretty simple, make sure you go like the Central City Comics Facebook page and then comment on this blog post telling me what you’re most excited to see in the new Star Wars movie. I’ll choose a winner next week and you’ll get that awesome hamper that consists of the BB8 Mug, amazing poster (frame that if you win, seriously, it will look sick as artwork in your house!), the “I Am Your Father” Tumbler, Star Wars keyring and X Wing Plushie. I’m actually super jealous right now and trying to figure out how I enter my own competition. Hmmm….. Good luck!