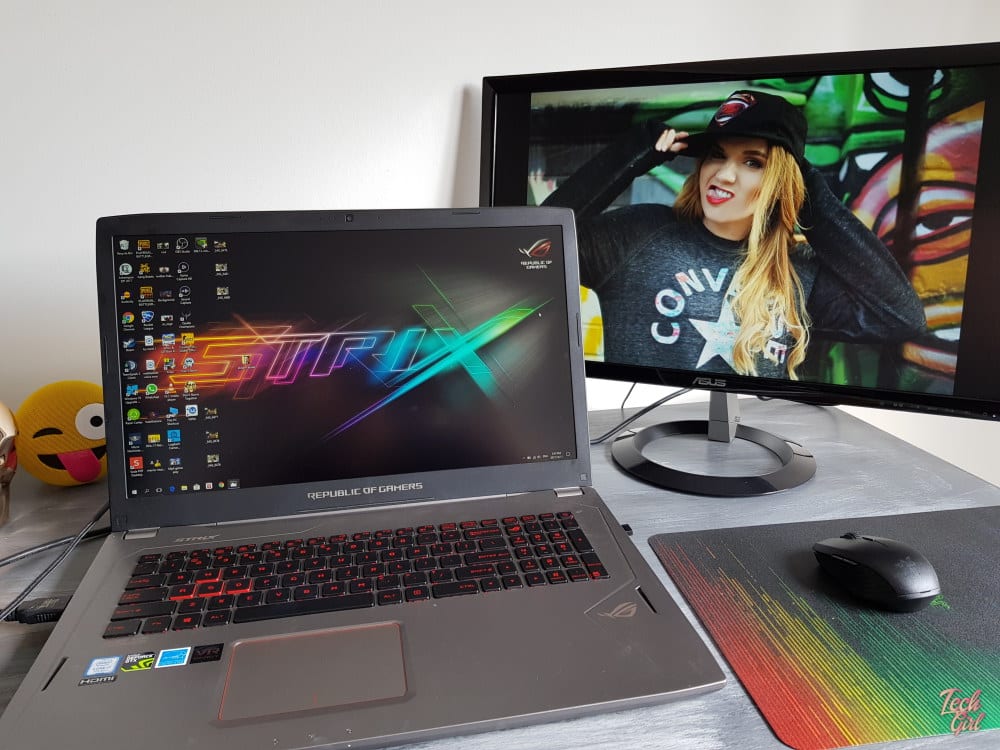 I imagine my friend Matthew “Tiny” Lotter will not be impressed with this review. The truth is, I just don’t think I’m hardcore enough to review a gaming monitor the same way the technophiles do. I’m not even going to try. A few weeks ago I got set up in my new spot and I desperately wanted to start live streaming STRAIGHT. AWAY. The problem was that I had a gaming notebook but desperately needed a second screen to manage the live chat and OBS. It can be done on one machine but it is a ball ache. However, at that point I was aware I’d be heading to China for work. Whenever I travel overseas I try make sure I keep some extra cash in my credit card for emergencies so I didn’t want to fork out on a second monitor until my return. 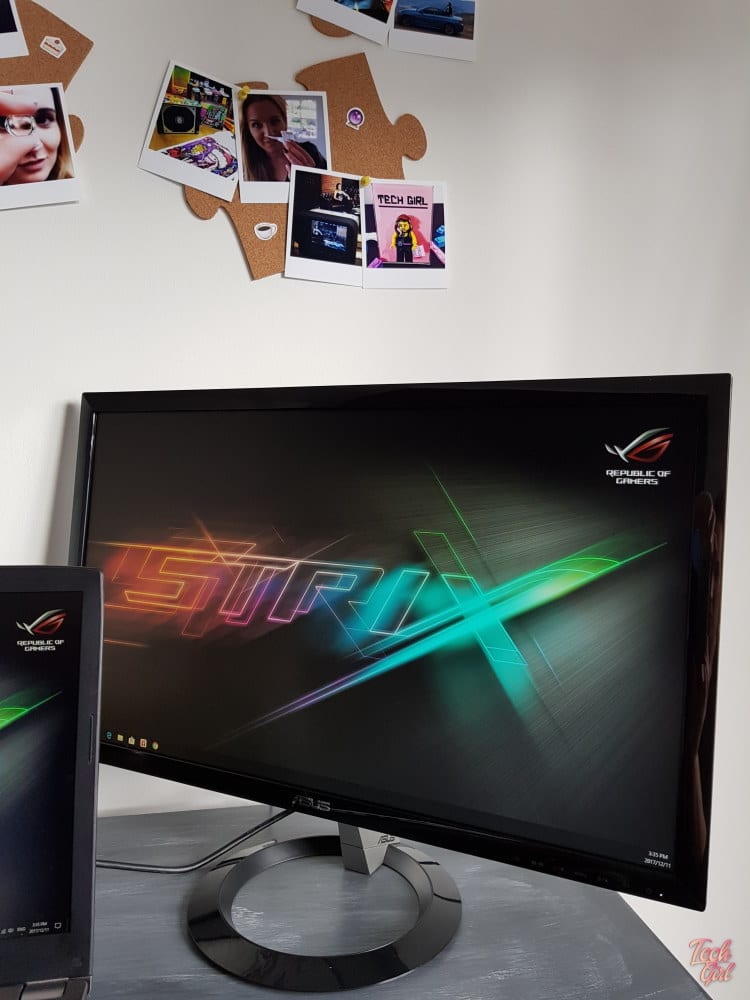 The ASUS South Africa team offered to send me the ASUS VH238H Gaming Monitor to review. That way I’d have my second screen to start streaming and could purchase a monitor on my return. Of course I immediately put my super serious tech reviewer face on, filmed an unboxing, filmed an assembly video, ran a stack of tests…. 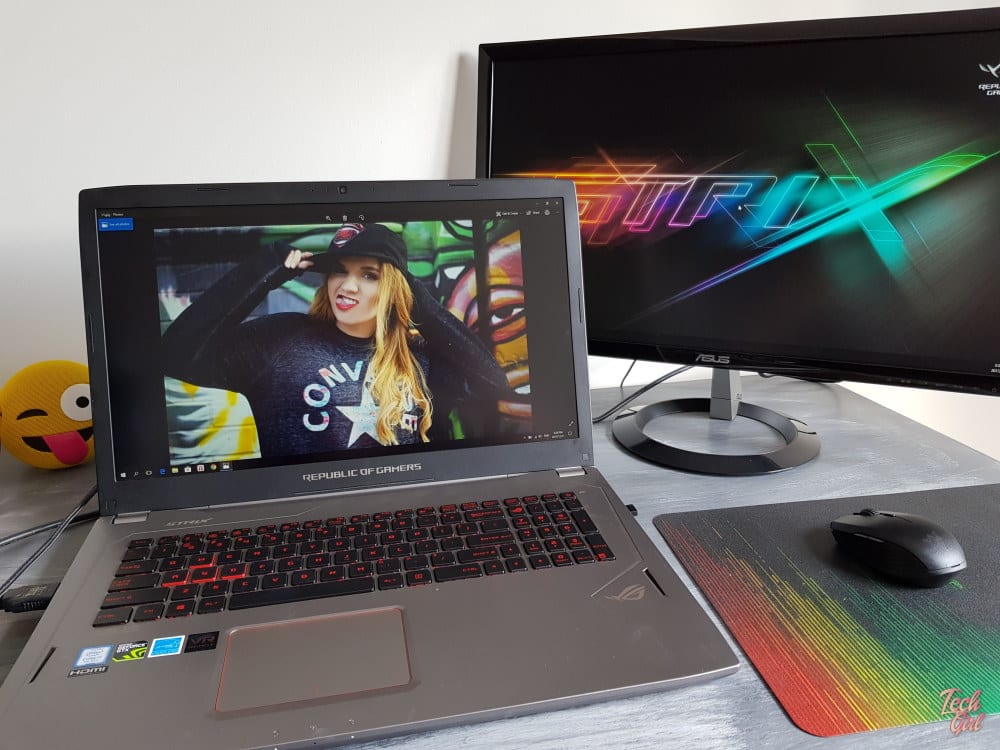 I didn’t do any of the serious reviewing stuff. Instead I ripped open the box, plugged the monitor in and immediately started using it. Initially I kept my gaming notebook as my gaming screen and used the monitor to run the admin side of the stream. But when I started playing off my Switch it was easier to link the game capture device to the monitor and run OBS off the notebook… and wow. 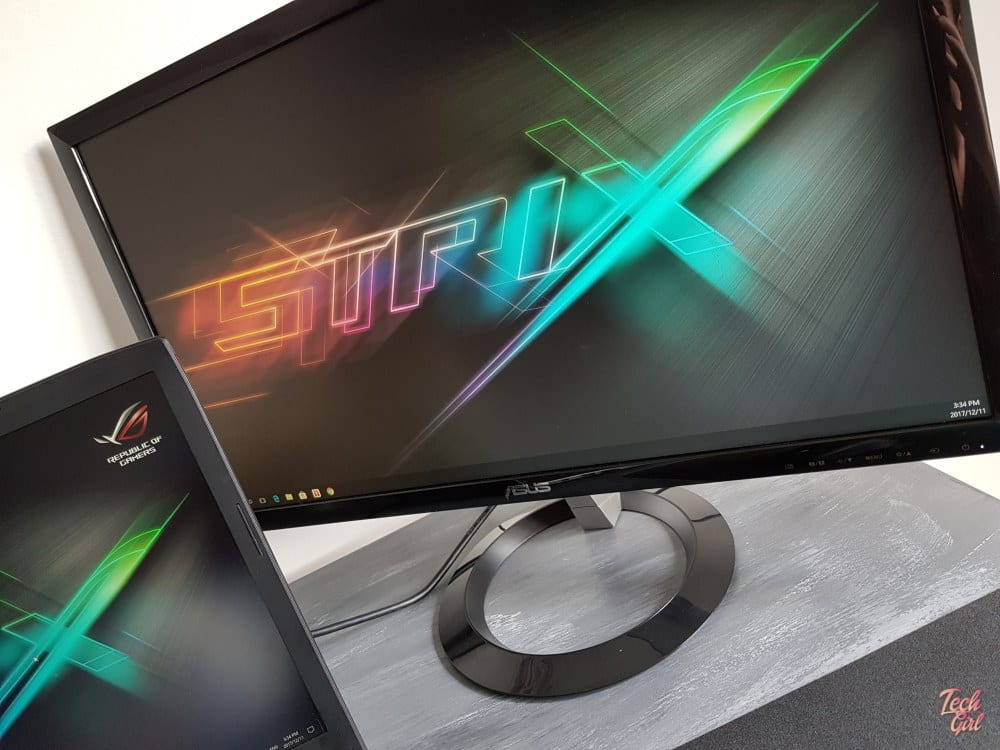 The ASUS VH238H Gaming Monitor is considered an entry level monitor. Out the box it doesn’t have the fancy chrome finishes of some of the other ASUS offerings, nor does it offer up the fancy light show. It is simple and understated. Also, super skinny. I really liked this because it fitted comfortably in the corner of my desk and out of the way until I needed it. Even though it is 23″ it takes up minimum space. It has a circular type stand which, again, isn’t clunky or desk space selfish. I actually love how inconspicuous the monitor is on my desk and yet it is the perfect size for what I need. I don’t think I truly appreciated this monitor until I swopped to gaming on it. Keep in mind it was pulling graphics from the Nintendo Switch via a game capture device and yet the visuals were fantastic. They were clear and crisp. I was really impressed with the quality. My gaming notebook (also ASUS) is pretty fancy so the monitor couldn’t really compete but it did a damn good showing. 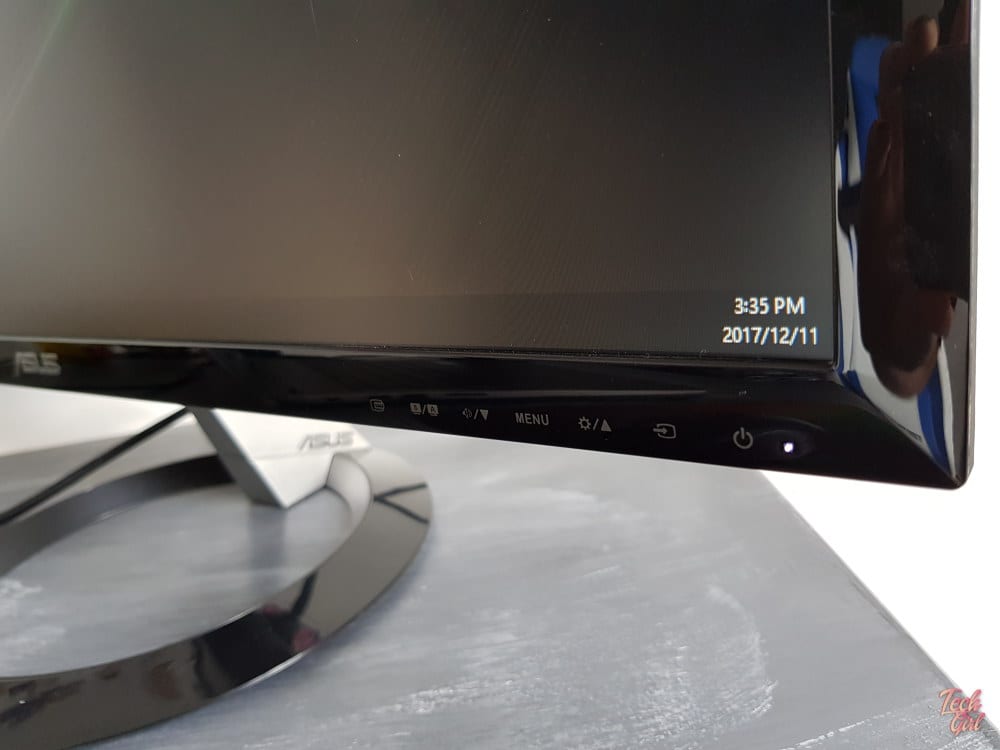 In the afternoon I get a slight glare on my desk from the sun. I’m loathe to close the curtains and work in bad light though. I’ve found that just adjusting a few of the settings on the monitor (good old fashioned buttons at my bottom right of the screen) works a treat and I can carry on playing and streaming without squinting into the web cam. For the more hardcore techies, the ASUS VH238H has a 1ms response time, 1920 x 1080 resolution and a 23″ FHD LED display.

Originally my goal, on returning from China, was to splurge some hectic cash on a top of the line gaming monitor. Because apparently once you experience it you never go back. But after using the ASUS VH238H I’m actually really happy. I have my notebook for games like Assassin’s Creed that need that blow away visual element, but for my streams and general Steam stuff arounds the monitor works a treat. I’ve been really impressed, especially considering it retails for under 3k. It is an older model though so you may struggle to find it if you go shopping. So something to keep in mind.

Disclosure: I was sent the ASUS VH238H Gaming Monitor to review. When I return from China it goes back.