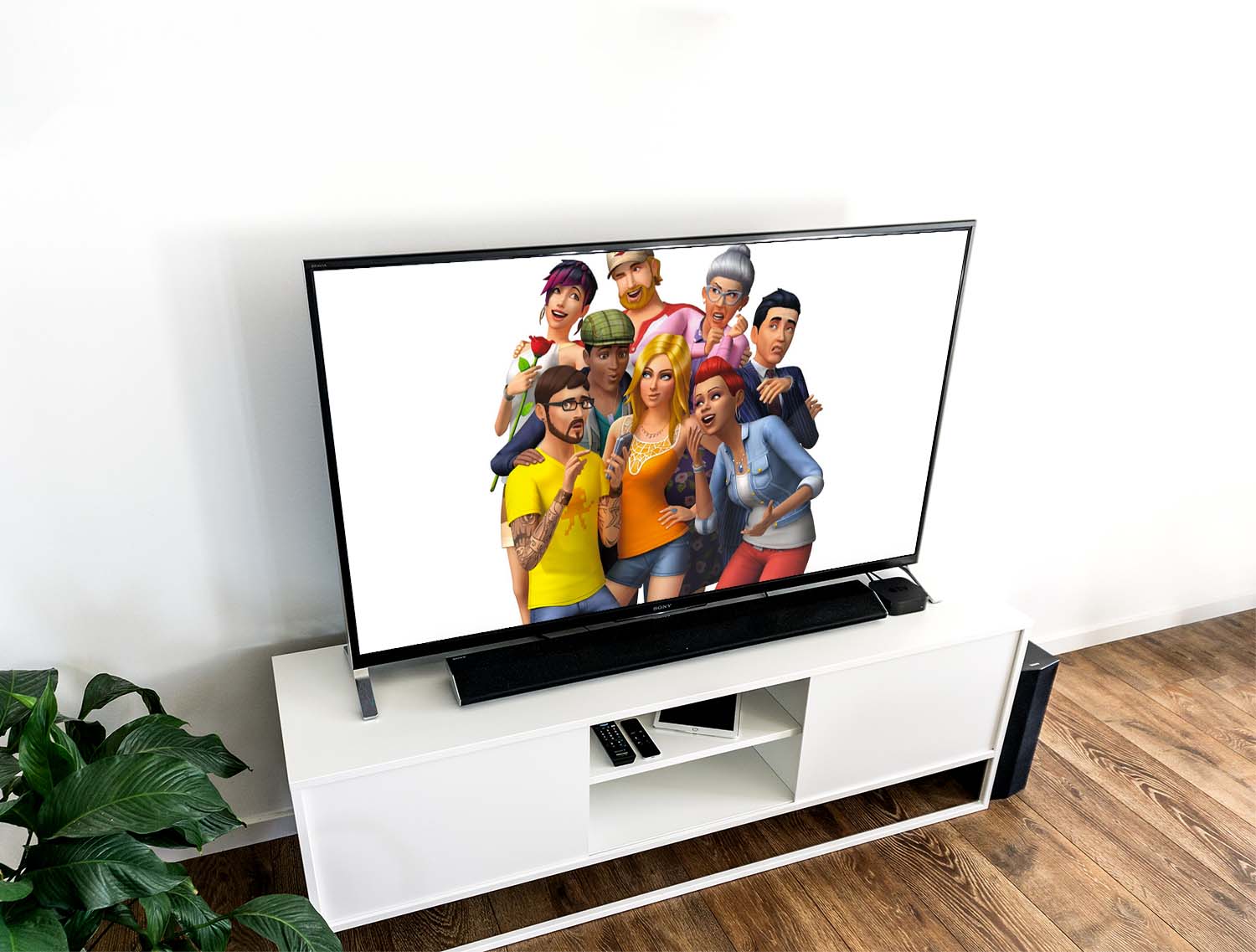 My relationship with The Sims has always been a ‘complicated’ one. For me, The Sims was like that relationship you’re in, you love being in it, but don’t want to tell any of your friends or family about it. I don’t think I even knew why I was so secretive about my Sims love because when I think of growing up and playing games it’s always me and my group of friends either playing SingStar, PlayStation 2’s Eye-toy or The Sims together. Even now I can recall arguments about whose turn it was to choose what stairs we put in the house as if it JUST happened.

But now, as a 25-year-old, I think I finally get it, I didn’t want anyone to know about my Sims addiction because it was just that, an addiction. As I write this, I look at my gaming self just behind my PC screen and the entire top section is filled to the brim with the old giant ‘VHS’ style cases that every version of The Sims used to come out with up until it’s 3rd and 4th rendition, and I have every one of them. Not that I ever bought any of them myself from the store, instead I used to bribe family and friends to go in and get it for me, pretending it was for them.

Those feelings of shame are a thing of the past for me though, now I would be happy shouting my love of The Sims from the rooftops, and I spend a vast amount of my time converting more and more people to play it for themselves and join me on that rooftop, because love it or hate it, you can’t deny how universal and easy to pick up The Sims is. It’s a perfect ‘gateway’ game into gaming, and this is something EA and Maxis not only know but actively monopolize on. ChaniZA wrote a piece on the change to console and some tips on playing which you can read here. 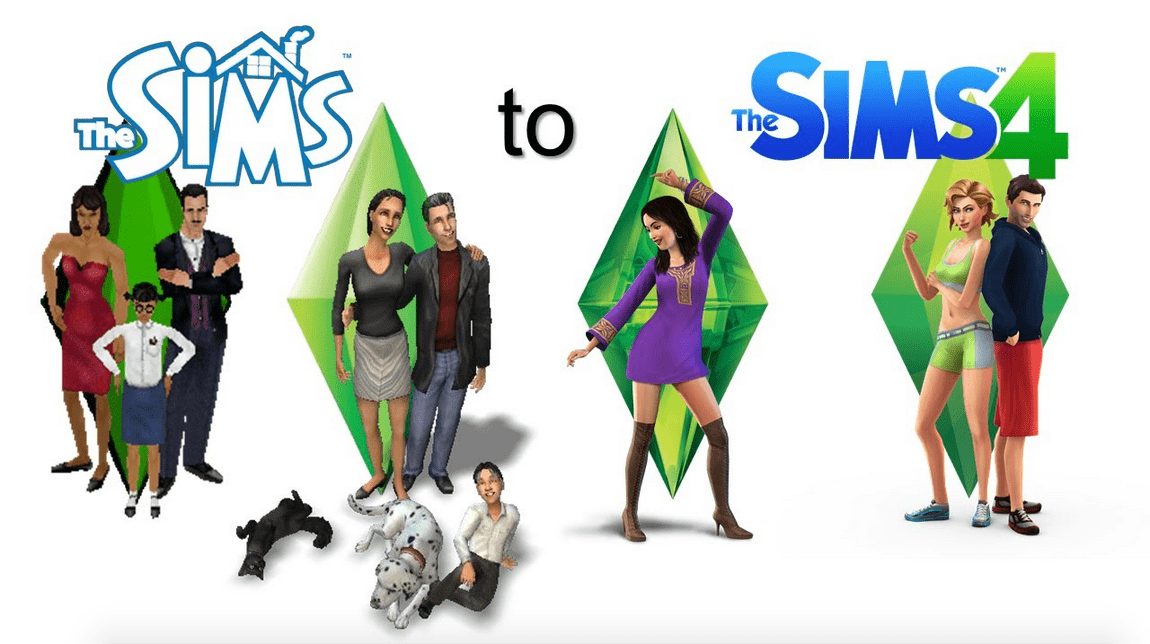 This brings us to the Sims 4 for console.

Before I go into the review (I’m not going to be talking about ‘The Sims 4’ because you can find reviews on that literally everywhere – this review is about the console version only) the first thing you need to understand is that while this is the first time The Sims 4 has dived into the console world it’s hardly the first Sims game to do so, if we run through the list quickly we have:

The Sims which came to PlayStation 2, Game Cube (anyone still remember this?) and Xbox back in 2003. 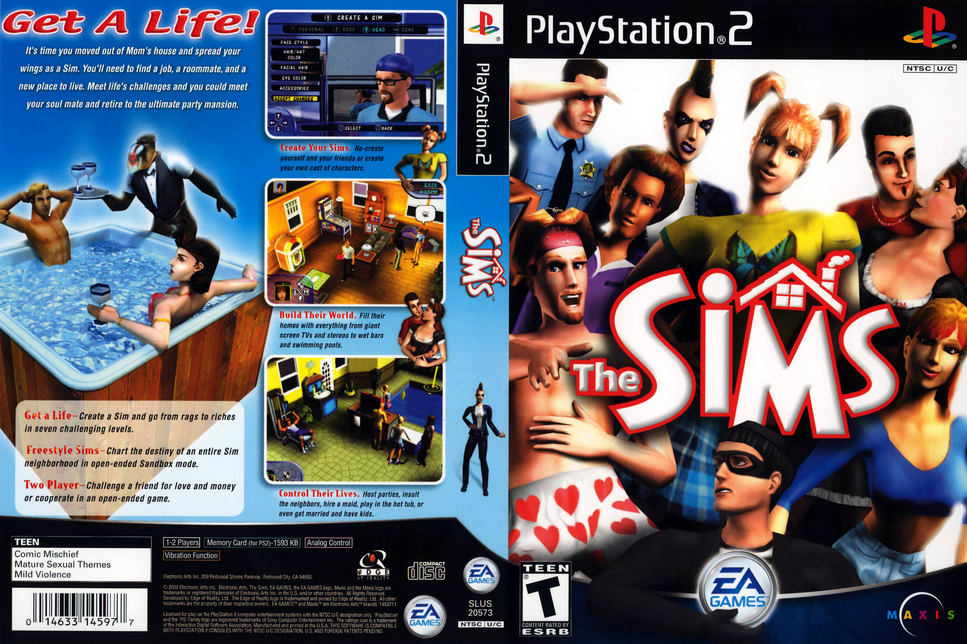 Then we had The Sims Bustin’ Out which not only came out on the above consoles but it also came out on the Game Boy Advance & Nokia N Gage – oh it was multiplayers and for the shortest while it had an online mode. 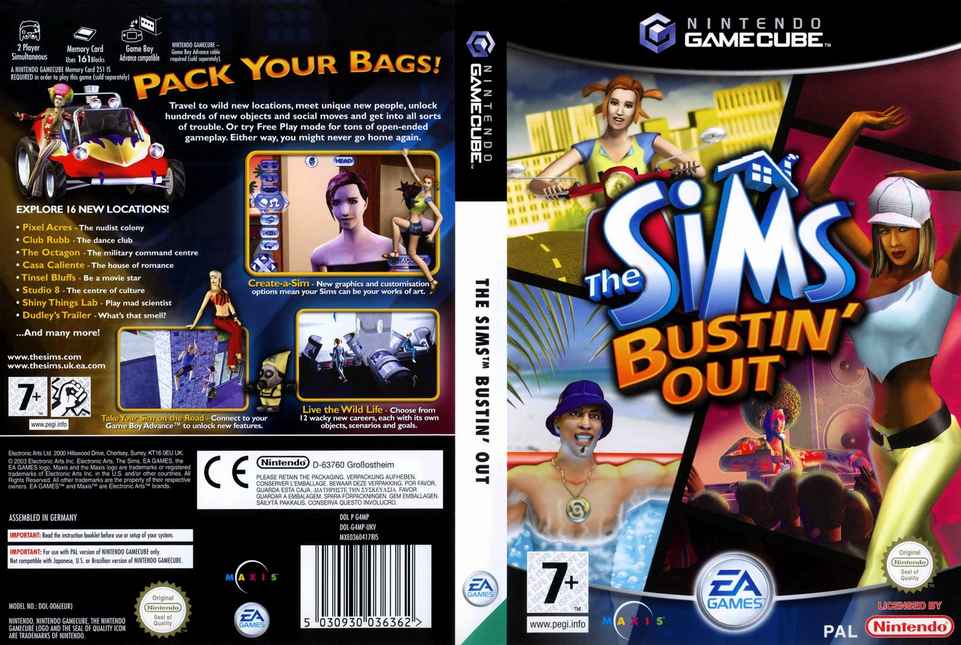 We got The Urbz: Sims in the City which again covered all the above platforms and then the Nintendo DS. What made this one cool was the fact that it not only featured music from The Black Eyed Peas but that they were also playable in-game. 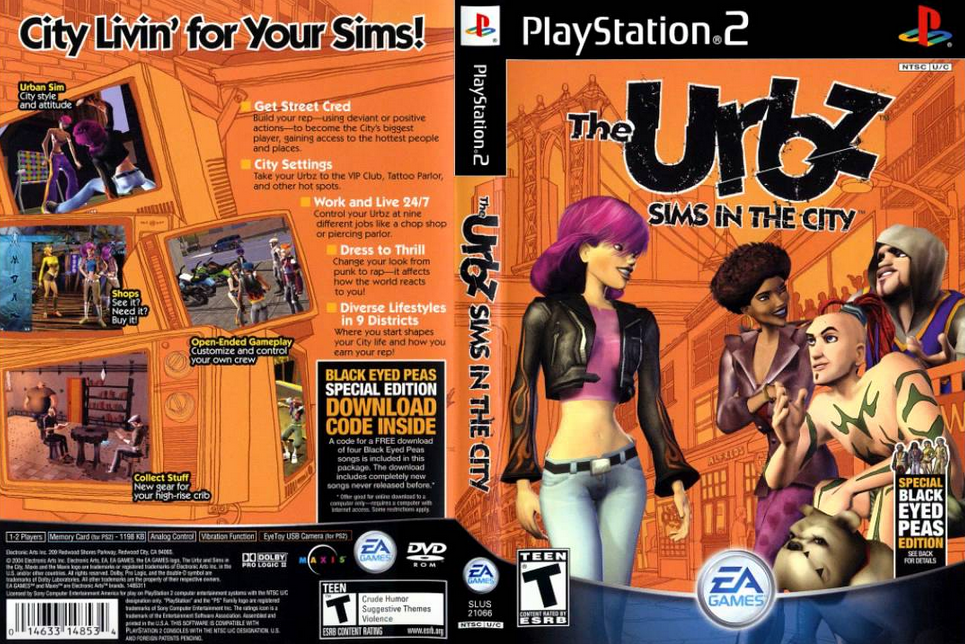 This was all just for the Sims original version, when it came to the later Sims games we had: The Sims 2; The Sims 2 Apartment Pets; The Sims 3 and The Sims 3 Pets. These were available on everything from traditional gaming consoles to most cell phones and mobile devices. By now you’re either blown away at all of these Sims games that totally passed you by OR you’re asking yourself what my point is, probably a mixture of both.

My point, is that while The Sims 4 Console might seem like this brand new shiny way that they are trying connect more people to the Sims franchise, it’s actually nothing that they haven’t done before, many, many times. 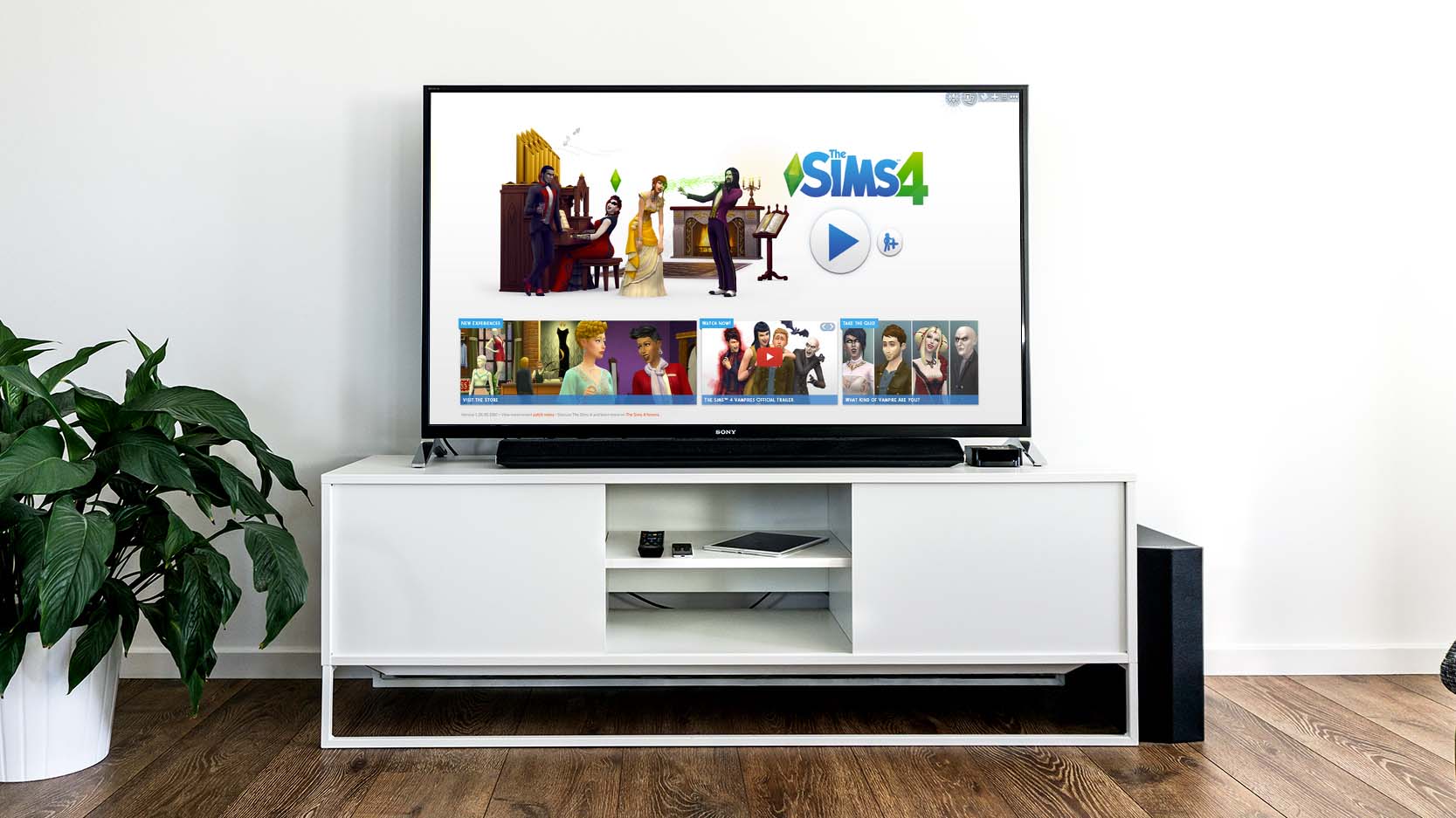 While having The Sims available on console is nothing to write home about, what makes this time different from the times before is that The Sims 4 Console is an exact port of the PC version.

Previously you would get a VASTLY different experience and game modes depending on which console you played The Sims, which meant you pretty much needed to get it on all the different platforms if you wanted to experience all the joy that The Sims had to offer. That made it interesting and gave you a reason to own more than just one version, but it really sucked if you could only get it on let’s say, PlayStation, because the game you were getting was not the traditional Sims game and probably not the same experience as what your PC or Gameboy friends were having.

Now with the Sims 4, that is no longer a factor, if you buy it today for console you are getting the exact Sims 4 game that launched for PC and Mac back in 2014 with the only additions being swimming pools and toddlers, something PC players only got after launch, but even so, this ‘exact port’ is sort of where my great disappointment comes in.

When The Sims 4 first launched on PC it was a great game, mechanically, but there is no ignoring that it felt really empty.

So many of the features and extras that had been introduced in all versions of The Sims since the first game just weren’t there for The Sims 4 at launch, and in the years since then they’ve all been slowly added until we now, finally, have a world that feels full, alive and complete. 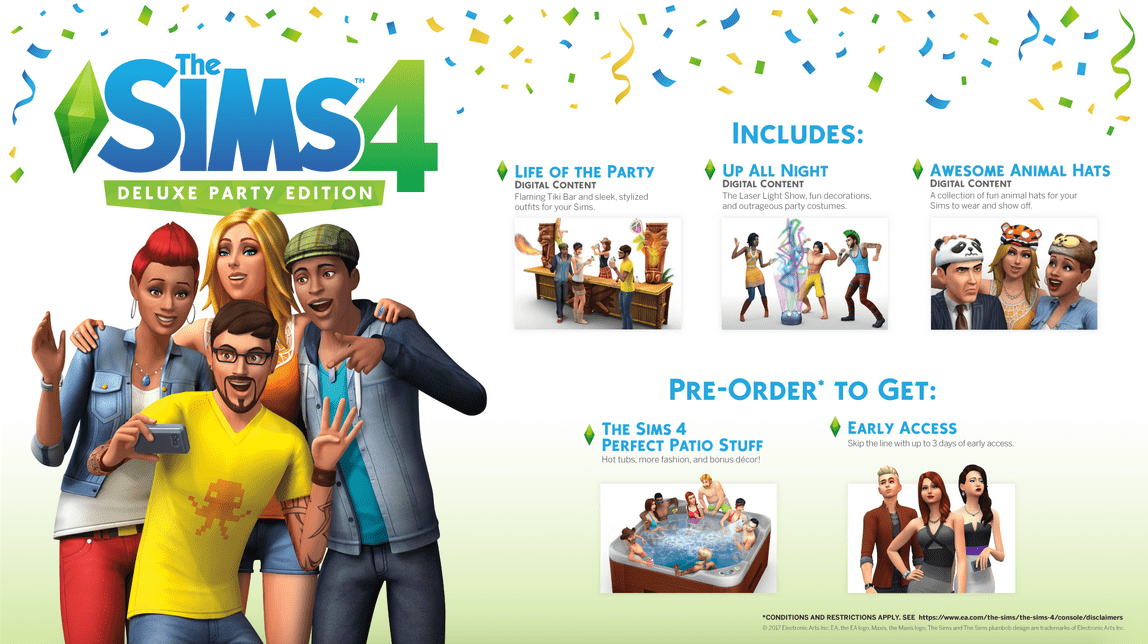 Cue the launch of The Sims 4 console and BAM we are back to 2014 again, a really empty game but only this time, it’s not even great mechanically. The first real issues come in with the way you control everything, you still play the game using a pointer, only now you’re controlling that pointer with your analogue stick and speaking for anyone who has spent any amount of time using a pointer on a console, you know how sluggish and uncomfortable that feels, now imagine playing a whole game like that.

Now, this isn’t a deal breaker for the game, and after a few hours you sort of get used to it, and unless you’re trying to select something in a hurry, it’s really not too much of an issue. That is until you have to customize a sim or start building and furnishing your home. 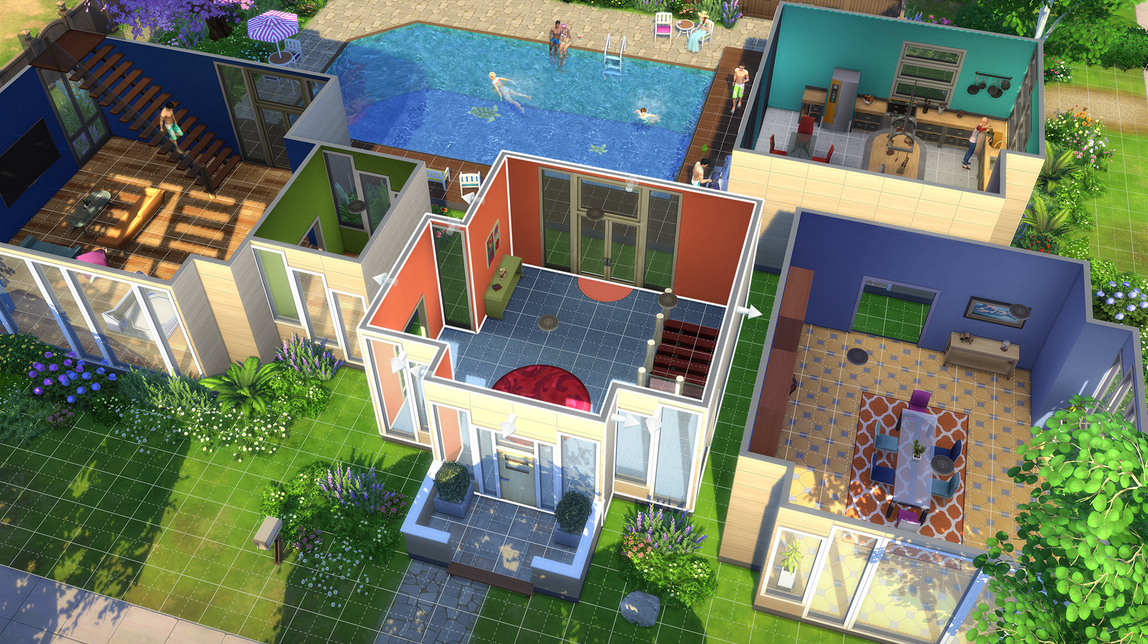 By default you move the pointer around using the left analog and you control your camera using the right, so the moment you start building/customizing you find yourself fighting with the camera, trying to find your pointer and it literally flies around the screen if you aren’t used to it, and just generally feeling like you are a clumsy toddler handling a controller for the first time in your life.

The next issue I found was the text size that is really really tiny with no way of changing it.

I know there are those of you who play with your console plugged into a computer monitor, sitting right in front of it and you won’t have a problem with the text size at all, but I play with a TV screen and sitting on a couch, so everything seemed sooooooooo tiny that even with my glasses on I was still squinting and sitting forward to be able to read everything, definitely not the way I’m used to playing The Sims. I actually went to go and read a TON of reviews of the game to see if anyone else was complaining about this or if I was just much blinder than I originally thought, but nope, it’s an issue almost everyone brought up. Not great for The Sims but great for me not being blind.

The last few issues that I had are all bug related: the game freezes every so often, it crashes, saved files corrupt… all issues that I would never ever EVER expect to have with a console, and it only takes you a second on The Sims forums to realize that these aren’t isolated issues – instead rather a really big problem that needs addressing and something the console users just aren’t used to dealing with. I know I might sound harsh in this review but if I’m going to be completely honest with you, if you already own The Sims 4 on either PC or Mac then this version of The Sims really has nothing to offer you other than the novelty of playing the game through your console, and the money you spend buying it could rather go to buying more packs for your existing version. 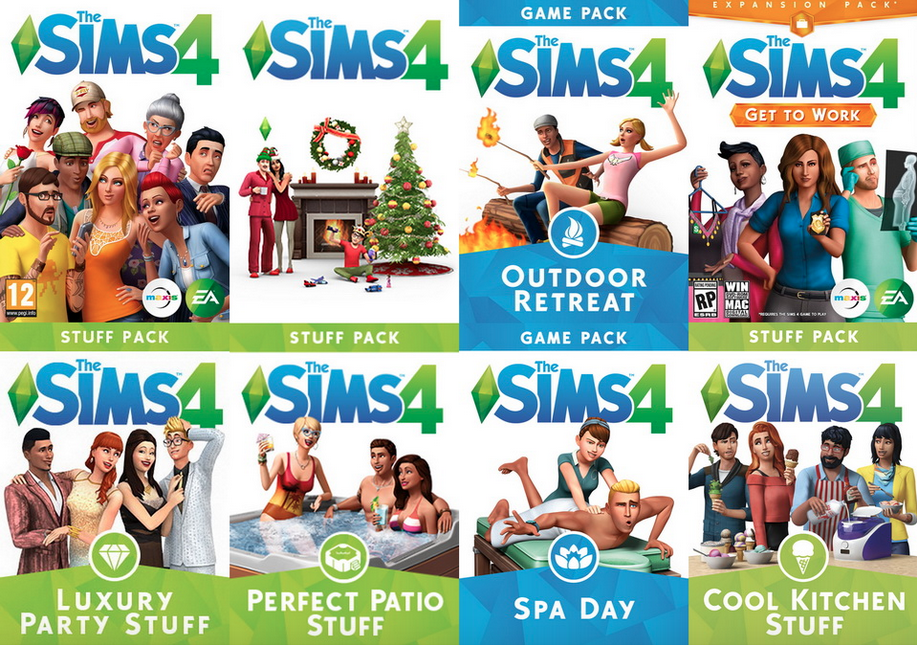 The PC and Mac versions just give you a far more polished and smooth experience, that’s not even mentioning that they already come with a giant collection of official add-ons, expansions and even community content for you to enjoy (community sharing and MODS aren’t available at all in the console version). While the console version, as it currently stands, has so many small bugs, irritations, glitches and nothing new that you end up with an experience that is far more frustrating than it is fun.

With that being said, the game is still brand new and all of my problems I have with it are things that can (and probably will) be fixed in upcoming patches, so, if you do have a console and you’ve always wanted to play The Sims 4 but couldn’t because of the platform then now is finally your chance.At the end of day, bugs aside, you are still getting a game that will give you hours and hours of fun and entertainment and once everything is fixed, you wont regret having it. 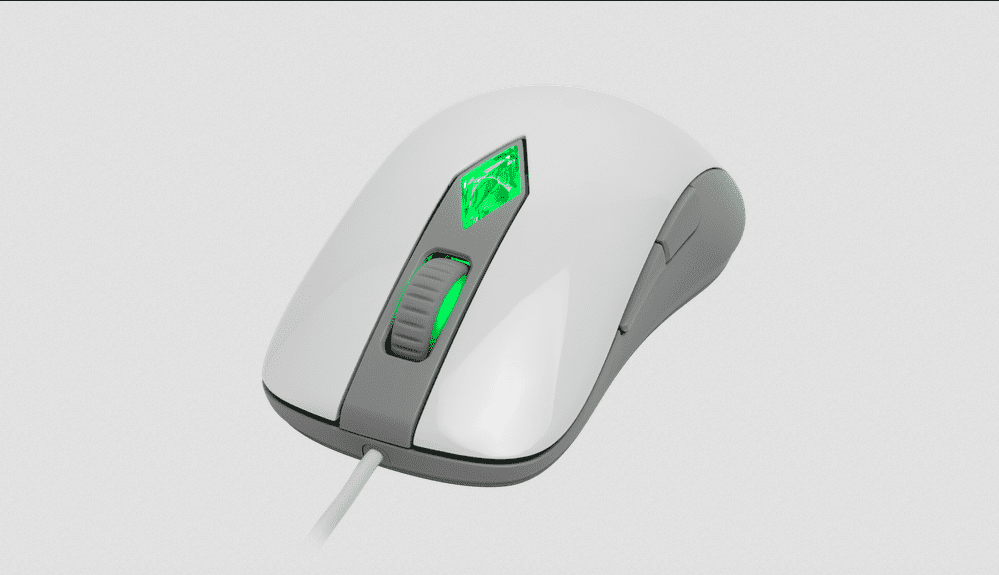 As for which systems give you the best experience right now? In order they would be:

PC, Mac, PlayStation 4 and then Xbox One – and this isn’t me being biased, if it was I would put Mac and PlayStation first on this list, it’s just honestly still the best experience when played on PC and the most buggy on Xbox.

Now I want to know from all of you:

Do you currently play The Sims 4, and if so will you be picking it up on console? and if you don’t already play it, does the console version make you want to start? 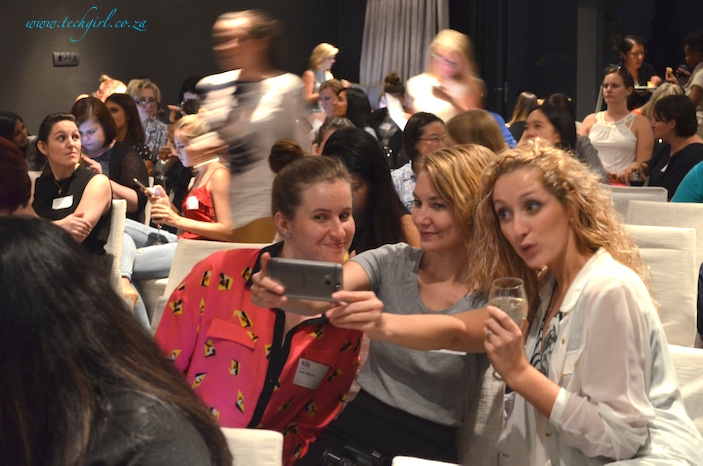