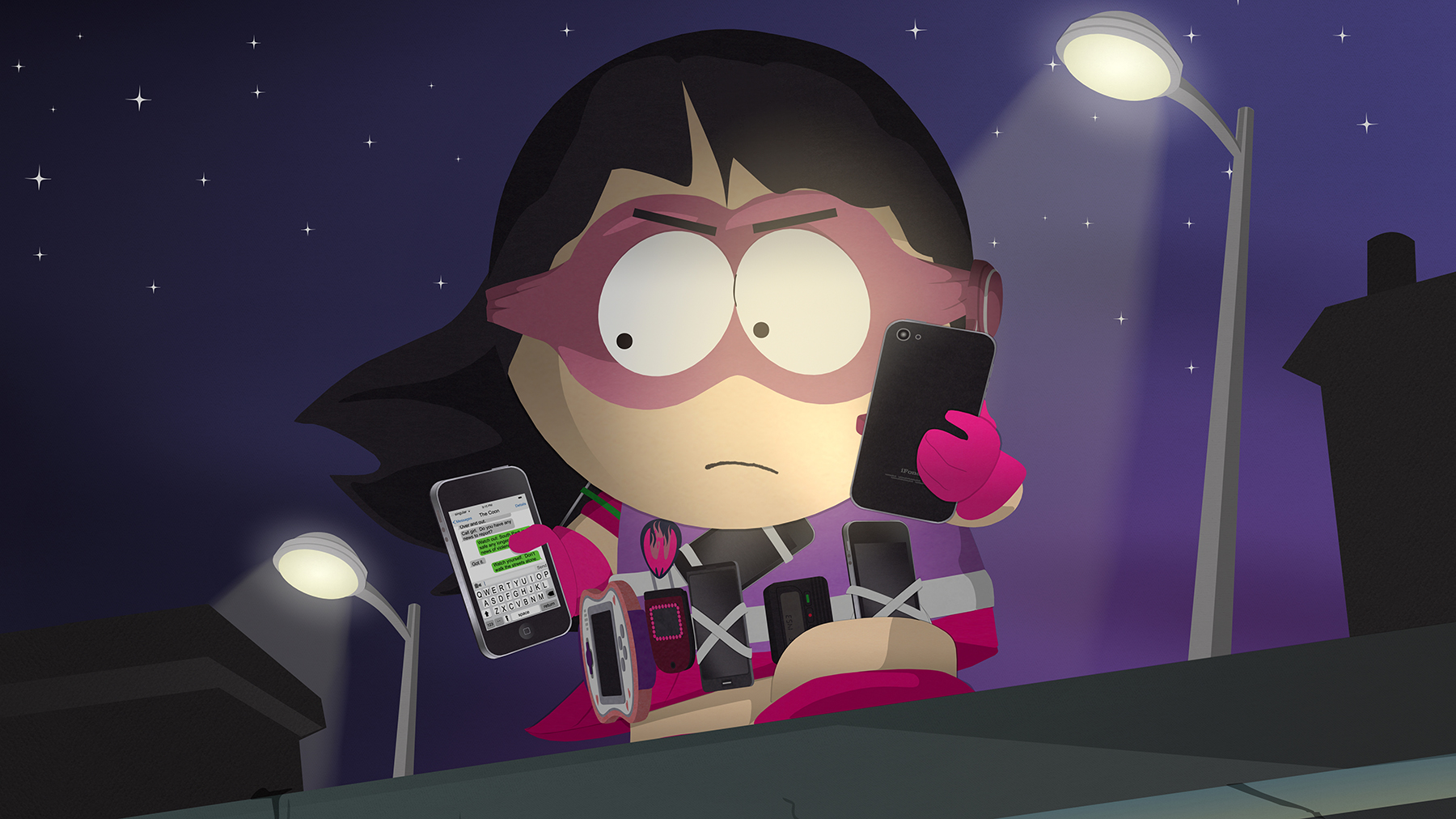 There’s a new South Park video game – but should you play it?

Whenever I think of South Park I’m instantly that little girl with the super big mouth again, the one who used to pretend that her parents let her watch it in order to join the conversation and impress the older kids at school. And impress the kids I sure did, South Park was pretty much entirely responsible for turning me into a rockstar among my peers. I also had a whole horde of kids believing that my parents were just the coolest ever… So basically you’re welcome for the cred mom and dad.

After a good long bit of pretending to watch South Park, I was actually allowed to start watching it (I think it had more to do with getting older than mom and dad relenting) and I loved it! South Park was everything I didn’t like: annoying voices, crude animation, toilet humour… but it didn’t matter.

I’m going to make a giant presumption here and write this review confident that you’re well versed in South Park. The TV Show follows Stan, Kyle, Cartman and Kenny as they embark on their bizarre adventures. The video games (yes, there are video games as well) are much the same.

The latest South Park Game is The Fractured But Whole. The second game to allow us the opportunity to immerse ourselves in the world of our favourite characters, it takes off exactly where The Stick of Truth (the first game) ended. 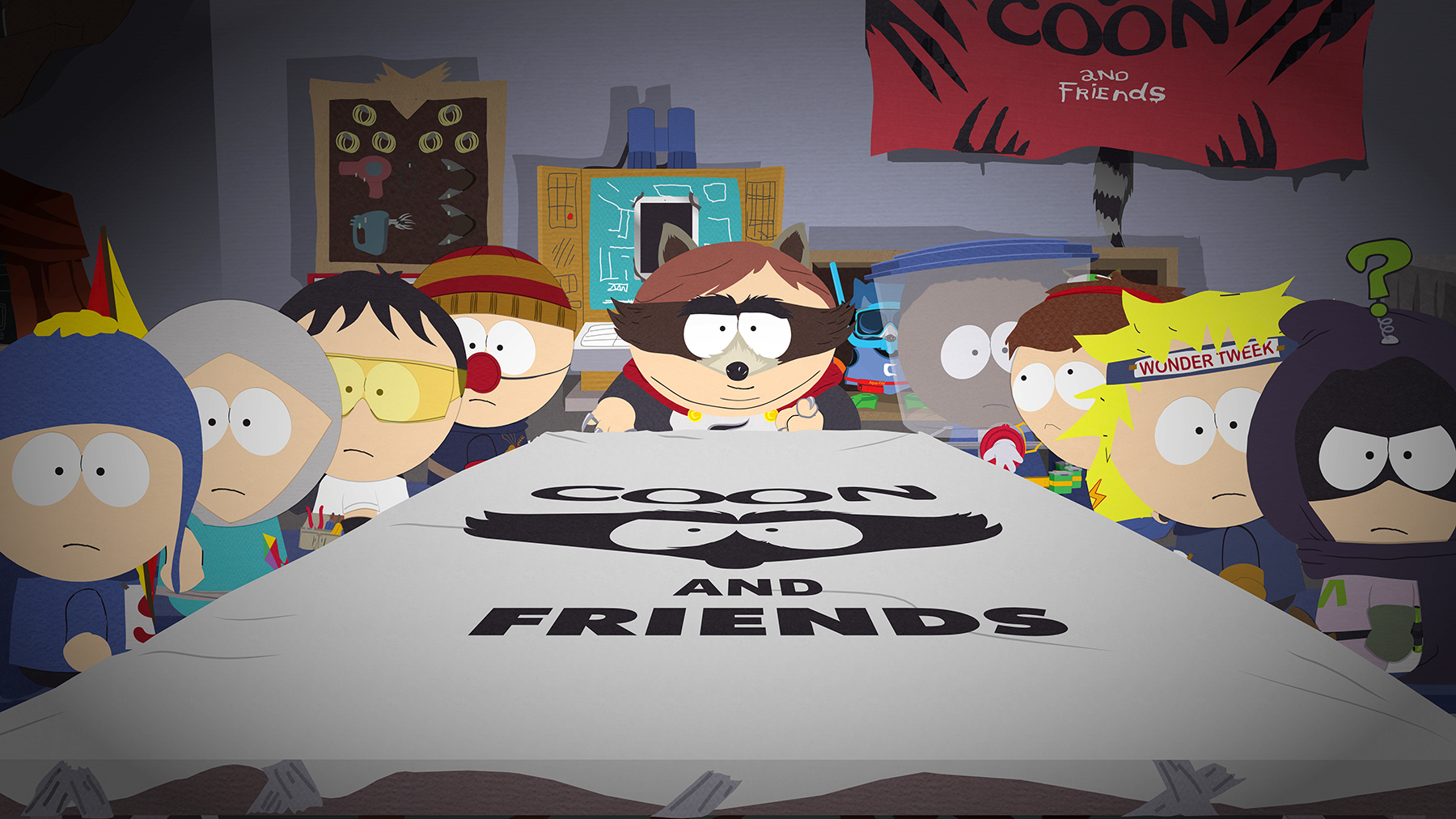 Just kidding. Sort of. This review is going to have a very basic summary of the story because the game plays out much more like a couple of South Park episodes than it does an actual game. Because of that the storyline need to be experienced and not spoilt in a review.

The game takes place over four days and four nights, which translates to roughly 25 hours of gameplay depending on how much exploring you do and how many side quests you complete. You play as the neighborhood’s “new kid,” and you end up getting roped into helping look for a missing cat in order to claim a $100 reward and become an official member of an elite faction of “superheroes” with the other kids.

Slowly, and I do mean SLOWLY (at least the way I played it) the story starts to unravel into something much darker and sinister than how it appeared at first glance, but that’s South Park for you and the absolute basic premise of the game. Unless you’re already a fan of the series or at the very least a fan of South Park’s unique style of humor (also if you don’t love listening to many, many, many different fart sounds), then this game is probably not for you and you should rather wait until it gets marked down in price before you try it, but if South Park is something you enjoy then The Fractured But Whole won’t disappoint. 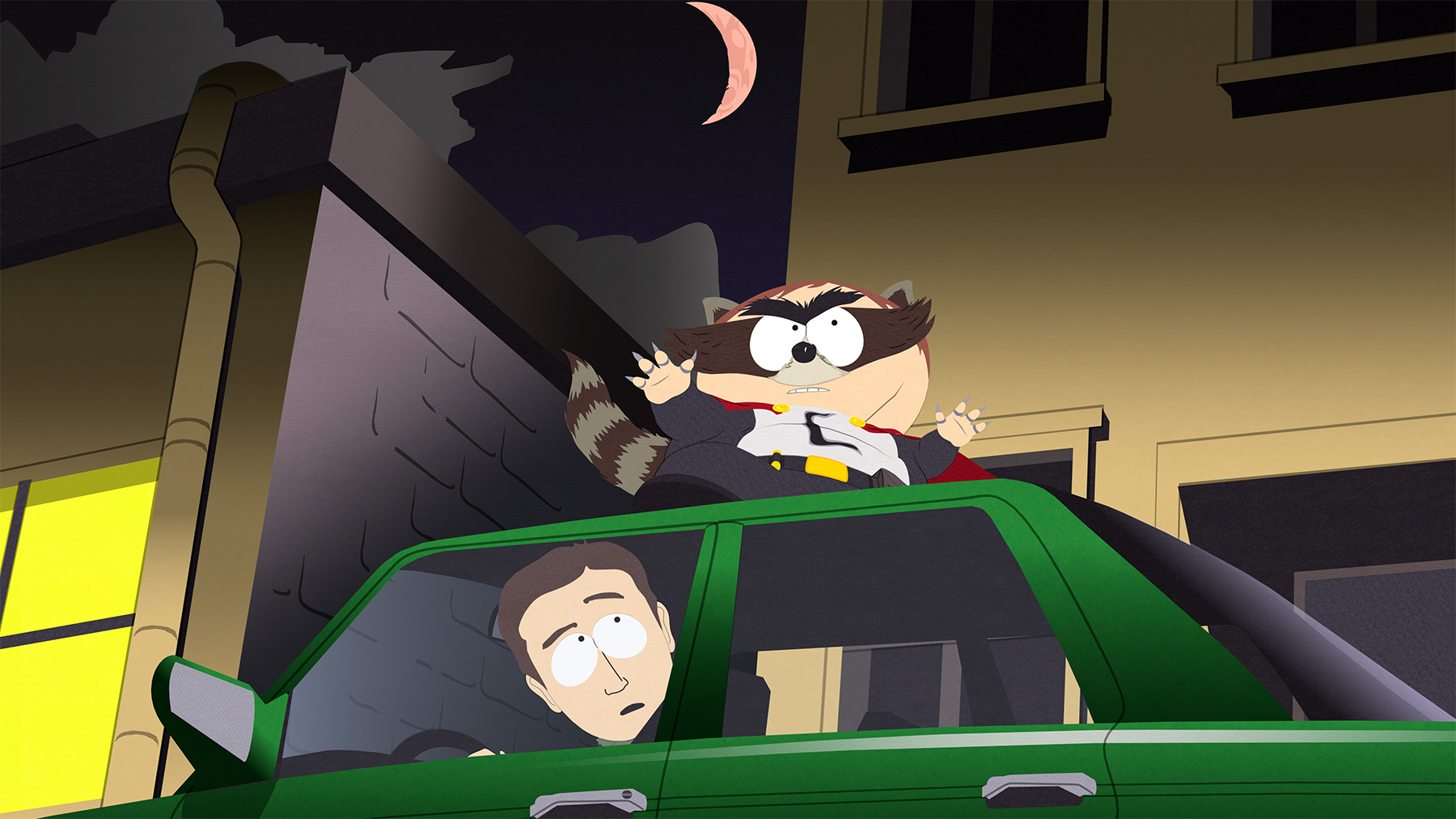 The game plays as a mix between a turn-based JRPG and a game of really crude battle chess. The mechanics of the game are pretty simple to grasp but actually remarkably challenging to master. When you’re not exploring the town or defiling its residents’ bathrooms then you’re probably in battle. All battles use a ‘grid’ system, with your party on the one side versus a party of bad guys on the other side, facing off.

All characters have four unique attacks, and those attacks affect a certain number of squares on the grid, so making sure that you’ve chosen your battle ‘team’ in order to be able to attack over the most amount of squares on the ‘grid’ is of utmost importance. Using the same team composition isn’t going to work for every battle so you’ve got to constantly reassess who you choose to be in your battle team.

All the characters, good and bad, have health bars and can die, but you need to make sure that your character makes it out alive or you’ll have to replay the battle until you do. One of the things that has always sold me on South Park is how they aren’t scared to take on sensitive social and political issues in their own sometimes subtle and sometimes not, satirical way, and The Fractured But Whole is no different.

Two great examples of this ‘light shining’ happen before you even start playing, during the seemingly innocent character creation stage. 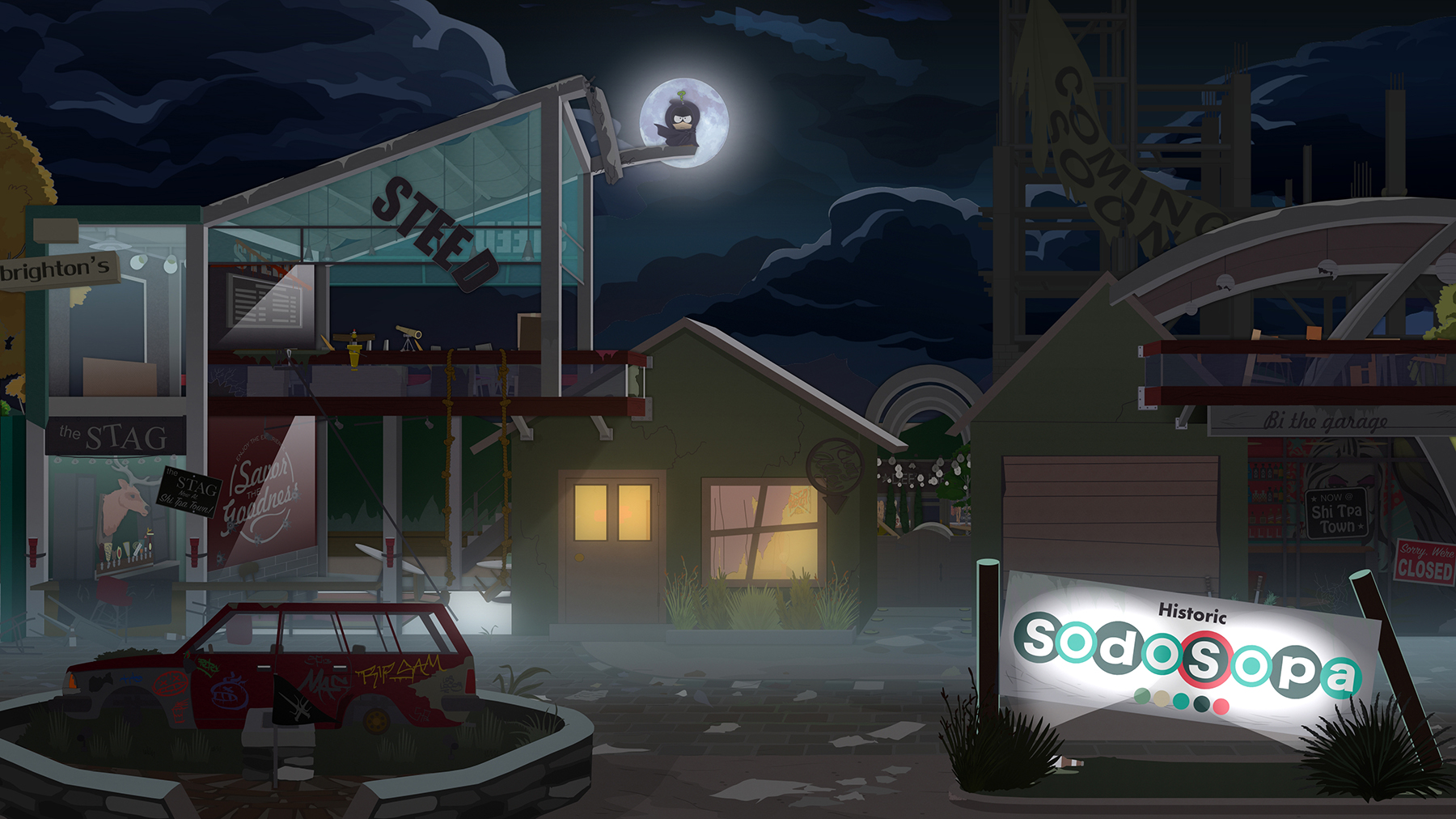 Firstly, this time around, you actually have control over the gender of your character, something that means absolutely nothing to your gameplay experience other than changing how people speak to you and the way they act around you.

It’s not a night and day difference, but it’s enough to make you take notice.

The second example is the game’s race slider, oh wait, sorry, I mean the difficulty slider.

This slider basically goes from easiest (fairest skin color) to extremely difficult (darkest skin color) and instead of actually making a difference to the battle difficulty it again mainly affects how the other characters in-game react to you, speak to you, and behave around you.  Also the ‘darker’ you are when you play, the less money and resources you will receive and find in-game.  Again, it’s just enough of a difference to make you notice. These small nuances and social commentary on society are the reason South Park is one of the most beloved and watched TV shows. It also makes this game far more interesting and dynamic than others in its class.

I binged played The Fractured But Whole with my partner the day after it launched and it resulted in a pretty childishly fun weekend. The actual gameplay is extremely well done and somewhat perfected. It could be the ideal game to introduce n00bs to the style of gameplay.

However, this game isn’t going to be for everyone. It is dark, it is twisted, it is offensive and most importantly it is 100% South Park. You’ve been warned.

Disclosure: Tech Girl was sent a copy of the game for review purposes

The I Feel Old Edition of Bytesized