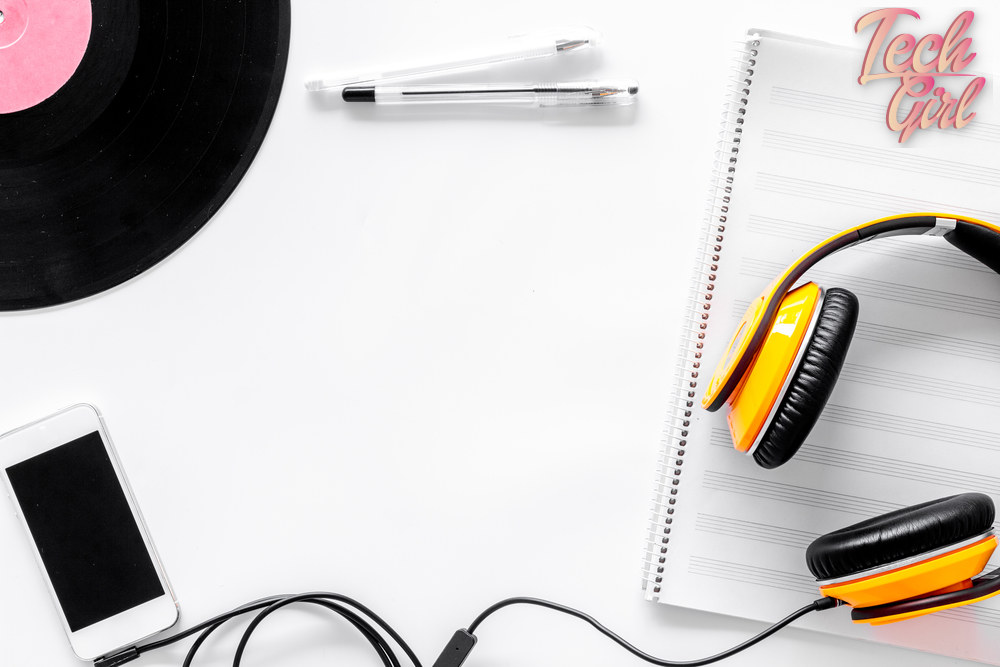 I’m not sure if you know this about me, but I used to be a dance teacher and as with all dance teachers, before I became a full-time teacher I was assisting in classes and before that, I was still being taught myself. This means that I’ve pretty much always danced and been in a dance studio for most of my week.

The reason why I’m painting you this picture of my life has got everything to do with you feeling sorry for me (trust me, that moment will come) and the music that’s on my phone. I love music, always have. I was that typical 90s kid walking around first playing tapes, and then CDS on my walkman and that soon turned into an old 120gig iPod which never used to leave my side. Ever!

When I started teaching everything changed. Let me show you what happens to your music collection when you start teaching.

Before: The Rolling Stones discography

After: Adele. Seriously, you try listening to how she ‘set fire to the rain’ every day for two years straight and see if you don’t start wishing the fire was in her vocal cords instead.

After: Who let the dogs out.

And if you’re like, hey but just because your kids dance to those songs doesn’t mean you need to carry that music around on you, well then you’ve obviously never taught dancing. No one ever remembers their music, except you, and you are the one who prays to forget it but never, ever will.

Now that I’m no longer a full-time dance teacher my music can once again be my own. While I was sitting for the first time in what feels like my whole adult life, downloading music onto my phone that I actually want there, I thought why not share some of my more gaming related picks with you.

With that, I present to you, my 5 favourite game soundtracks or….

If you’re looking for music that’s perfect to put on while you read or in the car while you contemplate life, then this one’s for you.

The music is warm, relaxing and atmospheric while still sounding ‘alive’.

Here’s a taste of what you can expect:

It’s no secret that I LOVE horror games so it’s pretty much a given that I’d drop this soundtrack into my playlist, for the most part, the songs are instrumental, atmospheric and just the right amount of creepy.

The cherry on the top though is most definitely You’re Not Here.

It’s a surprisingly upbeat song that drips of Garage Band indie rock with just a tinge of Silent Hill in the mix, and I love it:

I’m a dreamer. That’s part of the reason why I love gaming as much as do, I love being able to go to all these amazing fantasy worlds and every time I listen to the Guild Wars soundtrack, be it in game or out, my heart yearns, it yearns for the exploration, the adventures and the new journeys that await me.

If you want music that is 90% instrumental just to add that little bit of magic to whatever you’re busy with, then this is the soundtrack for you:

4) League of Legends Music of the League Volume 1

When League of Legends first announced that they were releasing an album featuring characters from the game as the musicians, I didn’t know what to expect, I mean how do you take a MMORPG and then bring out an album for it? Not a soundtrack mind you, a legitimate album.

So I admit I was skeptical, but man was that not justified, the result was something of a punk-rock-metal hybrid musical monster, and it’s glorious.

If you ever feel like listening to something that makes you want to go out and kick some serious ass, then this might just be for you:

And then finally, how could I even think of putting music on my phone again and NOT have at least one Final Fantasy song, so for number 5 we have:

When it comes to Final Fantasy I don’t think they’ve ever had a game that’s soundtrack wasn’t amazing.

Every song is filled with so much raw emotion and nostalgia for the franchise that stole so many young hearts, that even if this type of music isn’t something you’d usually listen to, it’s something that I would definitely recommend you do.

Oh and if you’re ever planning on having any kind of fantasy gaming day, this is pretty much the perfect background music for you:

And now here we are, I think we can all agree that in the last few minutes my music collection has improved DRASTICALLY and maybe by me sharing this process with you, you’ve found an extra song or two to add to yours, but now I need your help:

My phone still has way more space than what I know what to do with, and this is hardly enough gaming music to keep me happy when I’m AFK so I ask you, dear friends, what gaming soundtracks do you love and do you think I should add to my collection?

I can’t wait to listen to all of your suggestions and hopefully never hear the lyrics “I want to move it, move it” ever again. Now, if you’ll excuse me, all this talking about gaming has awoken the beast and I hear a console calling my name.