Festivals are a great way to spend an afternoon, especially a Sunday afternoon. Why? Because it almost feels as though you are getting an extra day. One last activity before the week begins. On Sunday, I attended the DSTV Delicious festival, and despite the rain, it was fun.

Getting to the event: We arrived and were redirected to a makeshift parking lot. We collected our tickets and were directed to another parking lot. It was 100m further from our first parking spot. We eventually followed a couple that looked as lost as we were and started walking. I have no idea why, but we were directed to walk all the way up the Kyalami track to the back of the VIP area.

I shouldn’t be complaining though, a bit of exercise before a gourmet food festival isn’t a bad thing. We had taken the scenic route.

Money, money, money: Once we located the general area (no idea why we weren’t stopped at the VIP area, people were being searched before entering), I collected my Howler card and headed straight for the food (of course!).  I hardly ever carry cash on me and get really annoyed when I go to cash only stalls. It’s like I have money but right now it’s worthless because I can’t access it.

Howler makes this really easy: load, order, tap and nom nom nom. You can preload money for a specific event like I did for the DSTV Delicious festival, or you can top up at the event using cash or card. Each vendor has a cellphone-like device, they enter the amount and tap your card. Your balance then reflects. No waiting for change, pins, or scratching in your bag.

Sticking with Asian cuisine, I decided to try the sushi.

Looking for some hot stuff: By this time it started to rain and actually got a bit cold. We headed to some stalls closer to the stage and found the chilli area. We added a new chilli sauce to our pantry and I decided to try something called sweet habanero.

There was nothing sweet about this habanero. I was expecting a sweet chilli sauce and what I got was a sweet start with an ending that was hotter than the sun. Thank goodness for fresh lime cordial. We decided to go with the sweet habanero mayo.

Due to the rain, the acts stopped playing but everyone was still eating and drinking and being merry under covered areas. Despite this, it was a great way to spend a Sunday afternoon.

Disclaimer: Howler was the official eventing partner at DSTV Delicious and Jade was given two tickets to attend plus a Howler card to experience the ease of going cashless.

Could this be the best travel gadget? 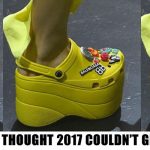 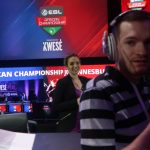