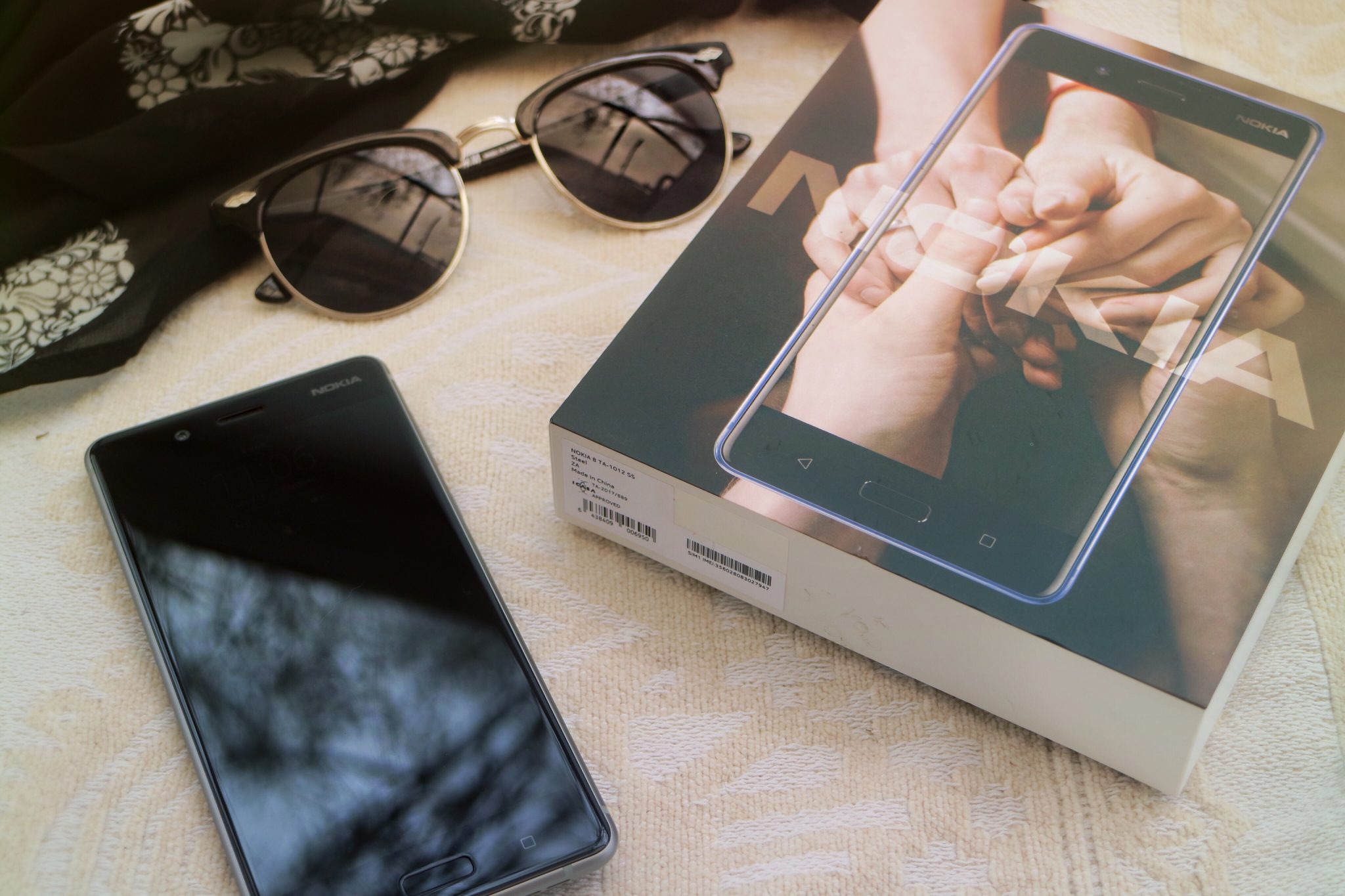 I’m not someone who is all about ‘looking back at the way things used to be’ but Jade’s looking back post on the blog threw me into a nostalgia daze. The post followed me rediscovering my childhood Furby (#90sbabyFOREVER) and came off the back of the new Twitter character limit – which somehow got me thinking about SMSes. Remember how they used to have a character limit and you needed to spend time dissecting your message before you send it? It took more time to edit those messages shorter than it did to type them! Using correct grammar and spelling was a luxury for only the very wealthy among us who could afford the 40 separate messages you would have to send. You also had to push each of your number keys multiple times to just be able to type a simple “Good Morning”. Only it would never have been Good Morning at all, that uses way too many of your characters and would create finger fatigue too early on in this messaging process, so it would have been more like “Gd mrng”.

Do you even remember your first ever mobile phone? 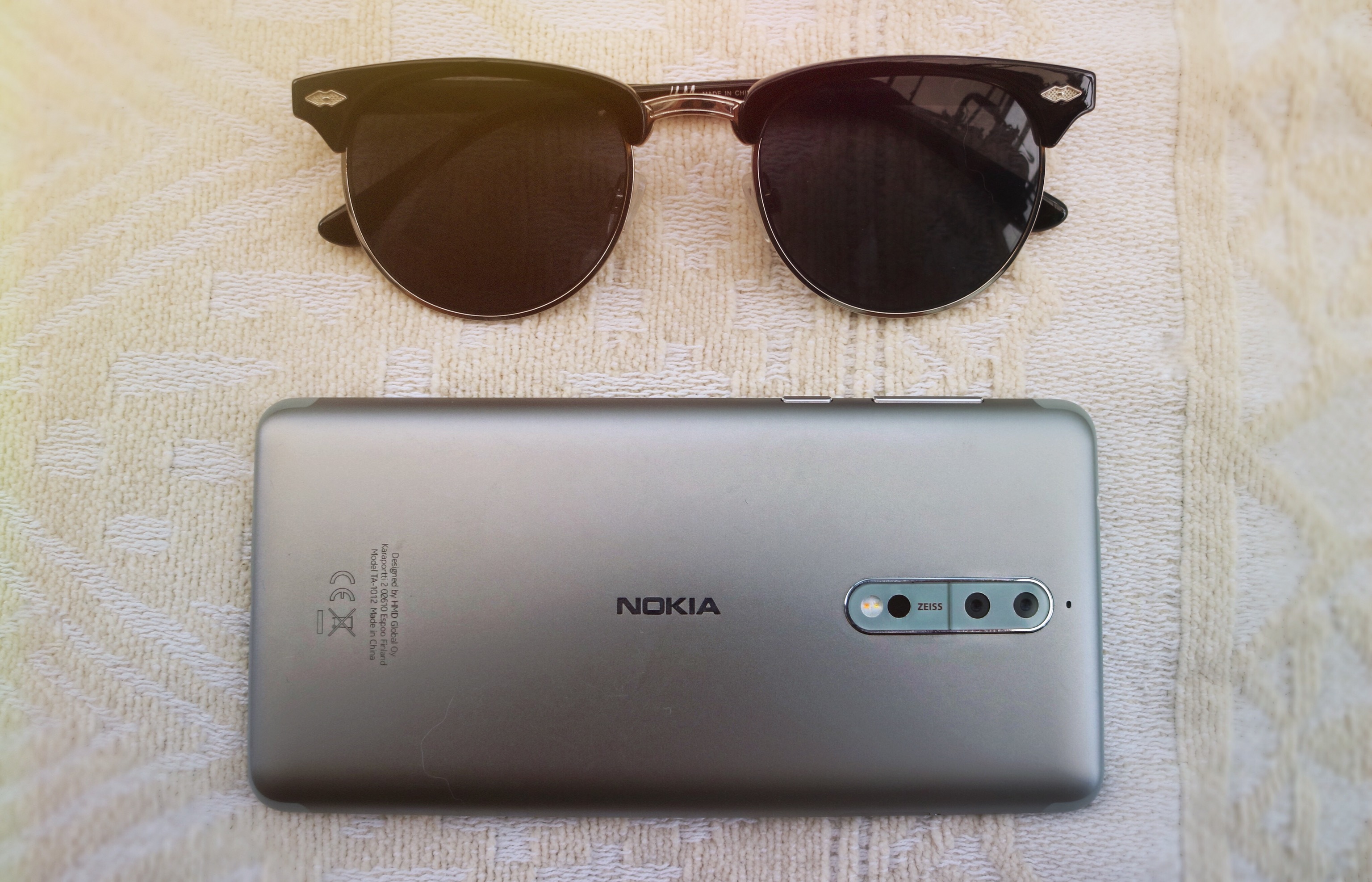 Mine was my dad’s old Nokia. It was so big that you could buy a little bag just to carry it around in and for some strange reason it had this super thick faux leather and soft plastic cover on it, the purpose of which will never be known because you could have put the phone into a washing machine filled with razors and it would come out just fine, and possibly with an even higher battery charge than when you first put it into the wash. This was the time of the green and black screen: basically your phone looked like a glorified calculator. The phone also had this super strange plastic aerial (it was super strange because the phone seemingly NEVER had signal so the antenna was basically just a bold design choice) and the phone weighed about the same as a toddler. It didn’t do much of anything other than just function, but all in all, it was great and I’m pretty sure that if I could dig it out of a cupboard somewhere, it would not only still work, but it would probably still have some battery charge left too. 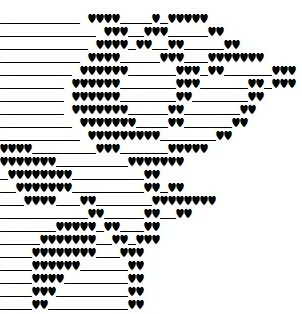 …and really, back then, that’s all that mattered.

In many ways, I feel like that Nokia was with me through so many of life’s little moments growing up. I remember sitting in the back of my parents car having a fight with one of my best friends. The fight came to an end when she told me that she was going to delete my number out of her phone if I wasn’t careful, this was basically the ‘child in the 90s’ version of a bitch slap. It was there for me through the start of my friendship with a girl who I would later come to refer to as my sister. It was there for my first ever trip without my parents, and it was there for me that time when I accidentally sent my friend’s dad the above text creation and an accompanied ‘I love you so much” message that was meant for my mom. The point is, when I think of my history with phones, two phones stand out, my Nokia and my iPhone – the indestructible one and the ‘don’t even look at me right now’ fragile one.

Being asked to review the new Nokia 8 felt like I’d have a chance to watch a remake of my favourite childhood movie. 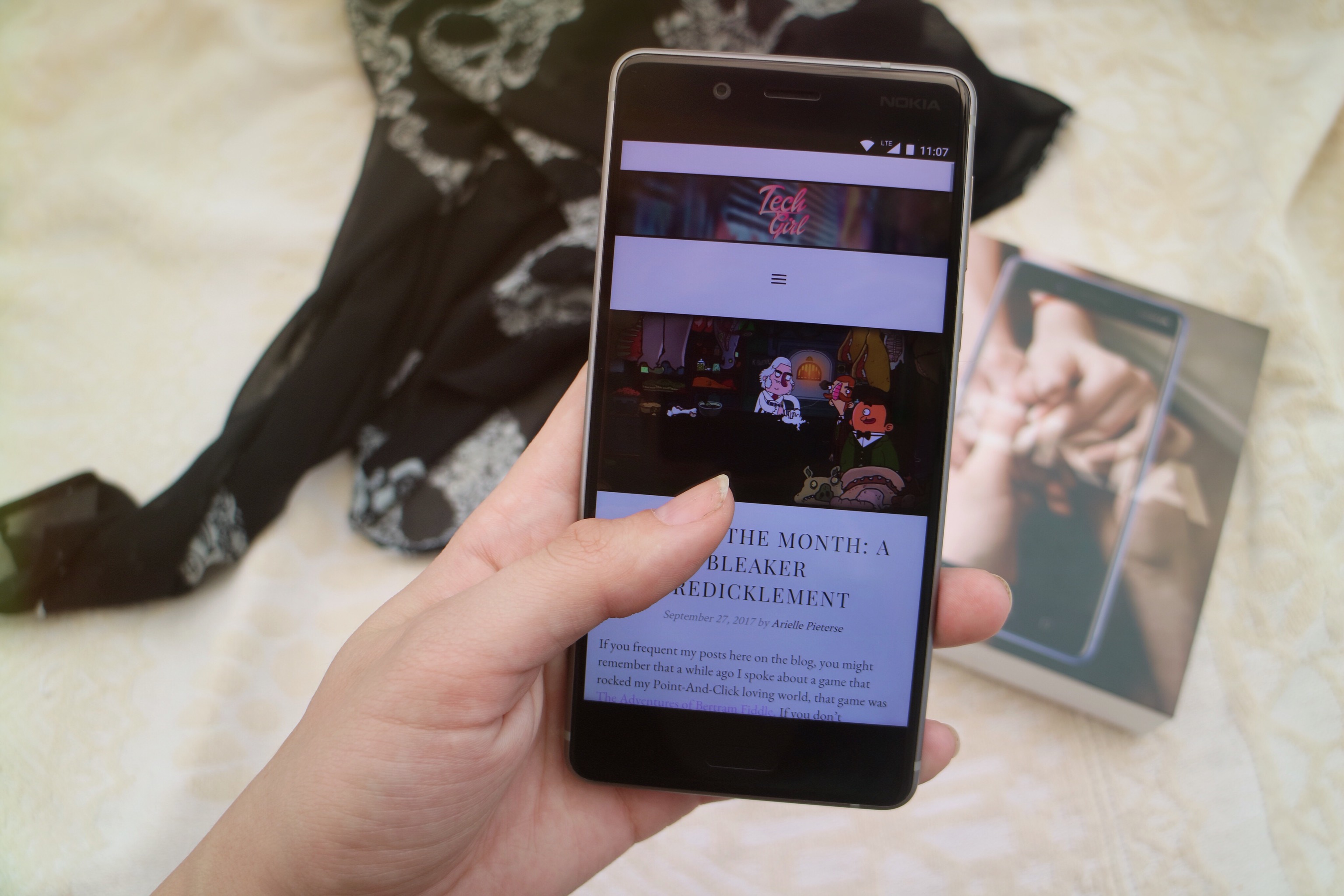 Summed up – that was the experience for me. But rather than a new Star Wars movie I might have got a Saw remake nobody asked for…. and with that, let’s jump right in.

Don’t get me wrong, the Nokia 8 isn’t terrible, I would say it lays some pretty solid groundwork. BUT, I also don’t think that ‘groundwork’ is enough to survive in 2017: it’s not enough that you just sit down at the table, you need to bring something too, and that’s where the Nokia falls flat.

Let’s talk about everything I love about the phone: 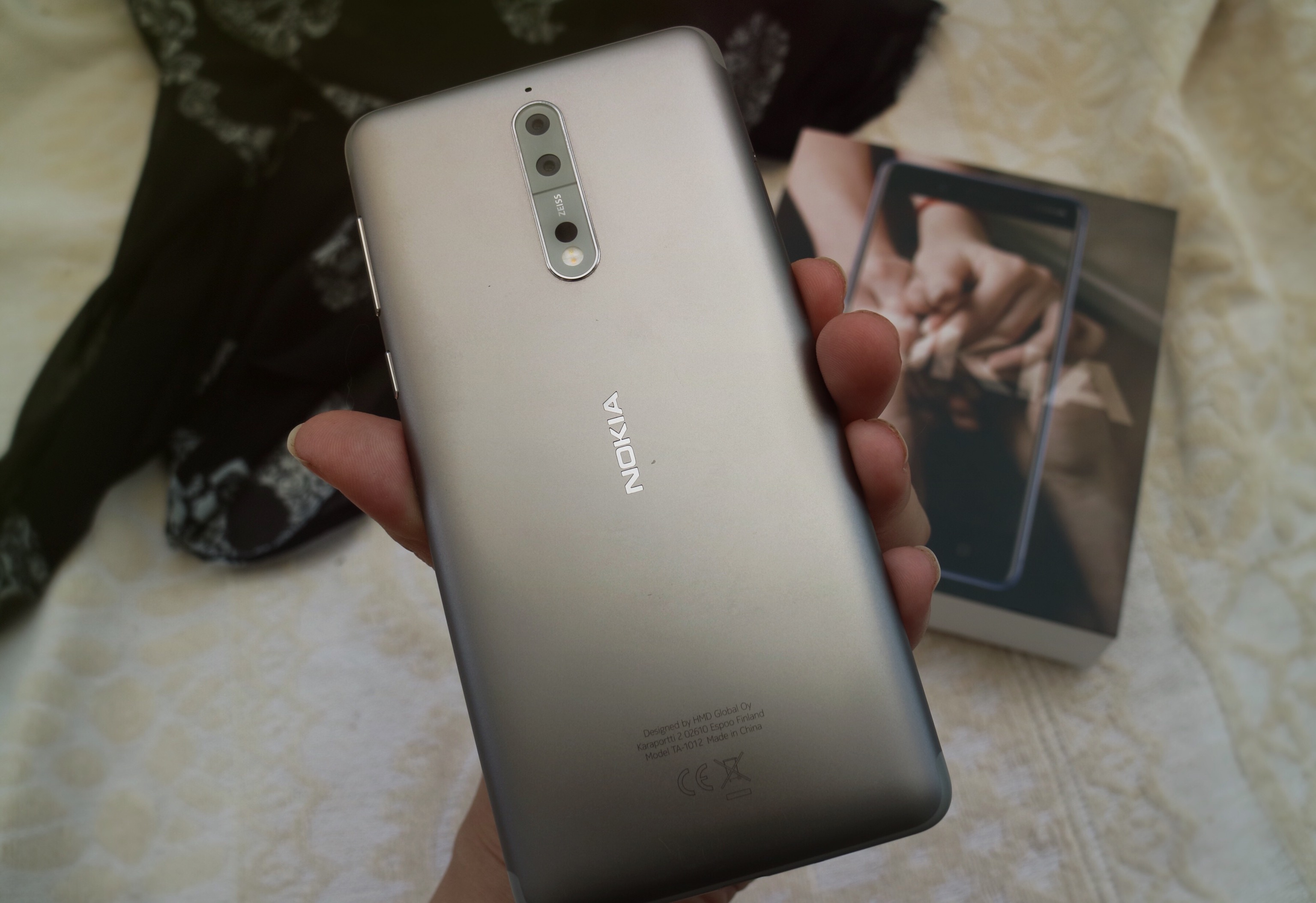 Now I’m aware that beauty is in the eye of the beholder, but my eyes like looking at the Nokia’s polished finish and rounded curves. Atheistically this Nokia 8 just works. It feels really nice to hold, its light, smooth and the perfect size for my hand – it also doesn’t get blistering hot when you use it which is perfect for a phone addict like me. The dual camera is merely okay.  The photos are way better than the LG G6 but not as good as my iPhone 6s, which is something to keep in mind if you’re planning on using it as your primary camera. However, the camera has one feature I am going to SORELY miss, and that’s the #bothie live streaming capabilities. You can live stream to Facebook or YouTube straight from your phone’s camera, an absolute GAME CHANGER. It’s fast, easy and so much more convenient than having to stream through an application.

Still curious about what a #bothie is? 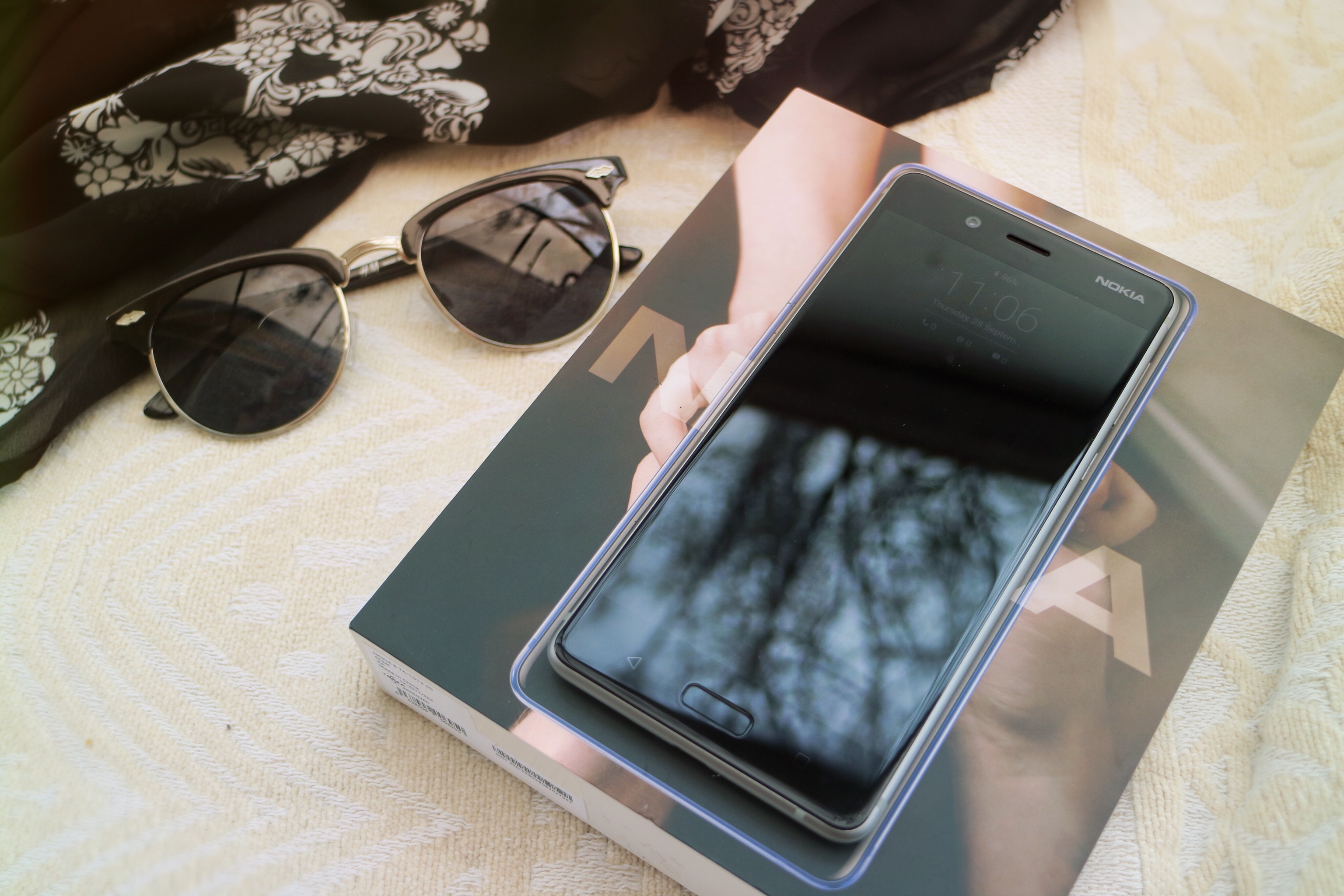 Nokia lets you record using the front and back camera simultaneously. For any content creators that want to show off events while still communicating with their audience this is pretty damn amazing and addictive. The other things that I loved about the Nokia 8 can be summed up really quickly: the battery will last you pretty much an 8 hour day of full use. It runs even the neediest games and applications smoothly There is a feature that lets you program in your home location or a device like a Bluetooth speaker, and it then keeps your phone unlocked for up to 4 hours while at that location/around your speaker. It’s ‘message learning’ is spot on, after using it for just under two weeks I can now pretty much write a full WhatsApp message to my partner without having to type a single word and just tapping on the suggested words.  This isn’t something new, my iPhone also has it, but this just feels better, more accurate and ‘smarter’.

Okay and now we get into some of the ugly: 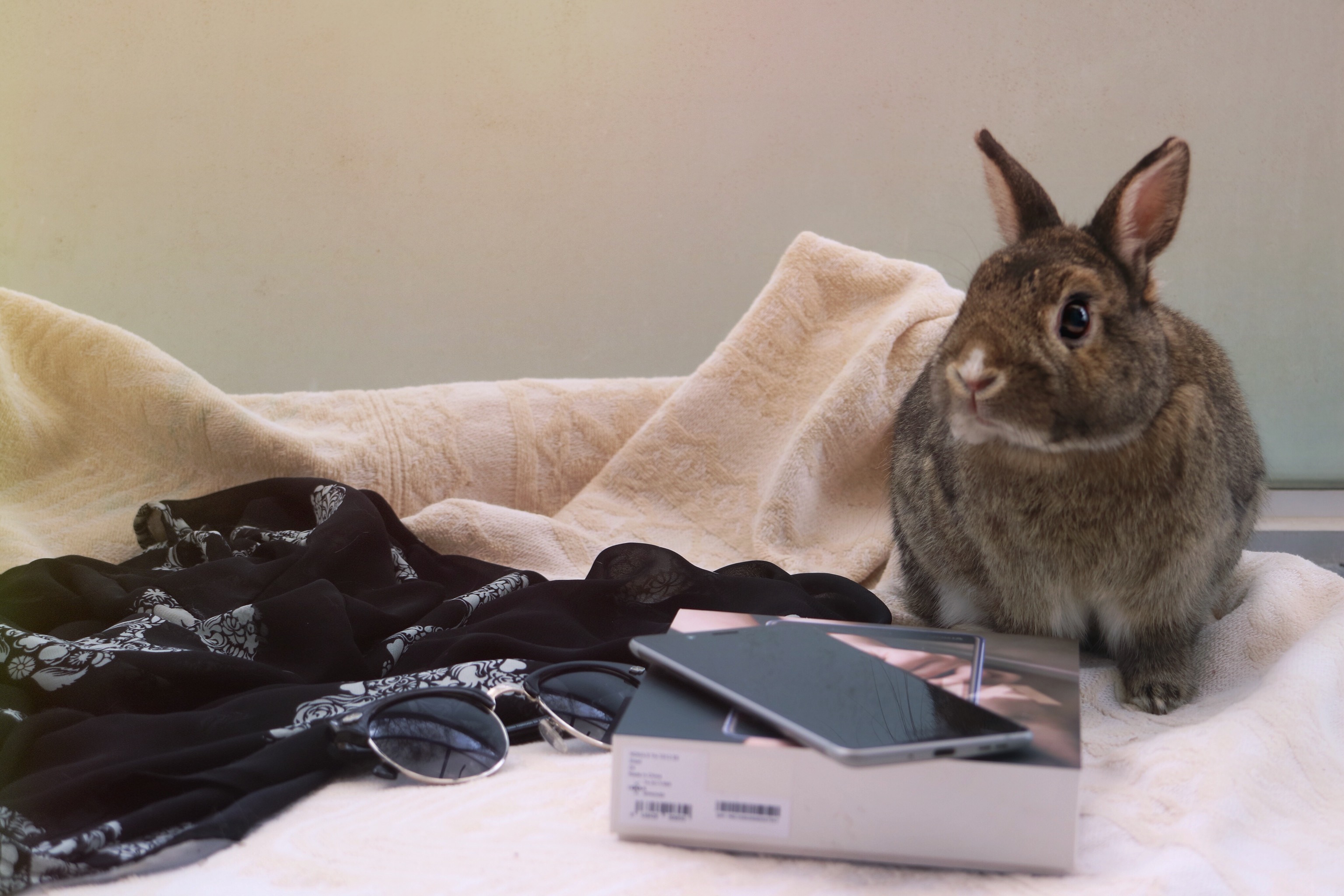 The phone loves to freeze every time you try to do more than one thing at a time. For example, are you taking a photo and then someone calls you? FROZEN. Were you busy in an application when your alarm went off? FROZEN. And if you were typing a message in WhatsApp when someone called you? You guessed it, frozen. Now, this is undoubtedly just a software issue that will be fixed down the line, but after running about 5 (I’m guessing here because I honestly can’t remember the exact number) updates since the phone’s launch it still hasn’t been fixed, and it’s something that is honestly a deal breaker. 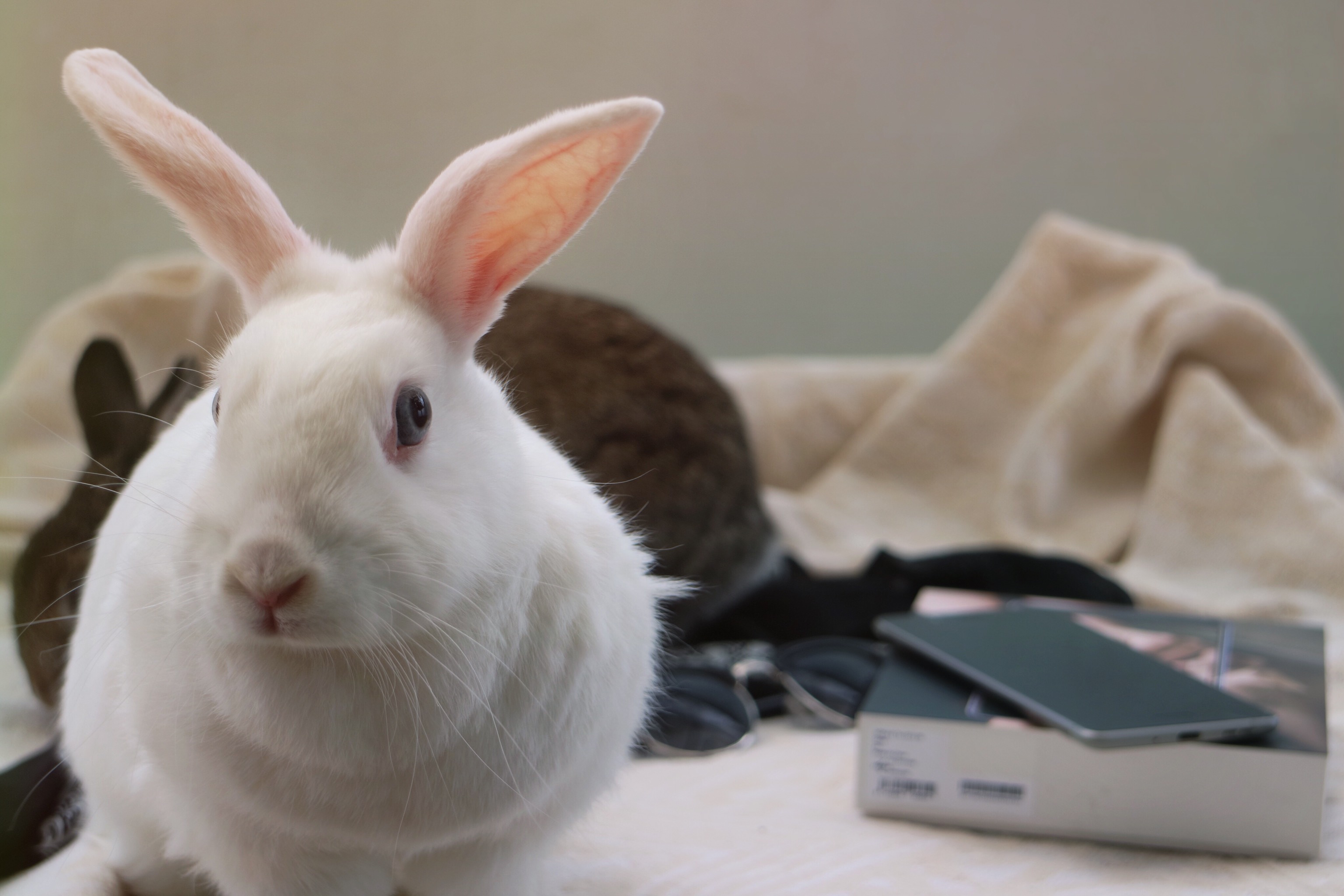 The next thing that caught me was the fact that instead of having a stereo sound setup, you only have one single speaker. Why is this an issue you ask? Well, I would like you to imagine a high pitched, tinny sound, ALWAYS. It doesn’t matter if you’re playing back a video you recorded, listening to your favorite song or if your message alert tone just goes off, it’s all just so tinny. 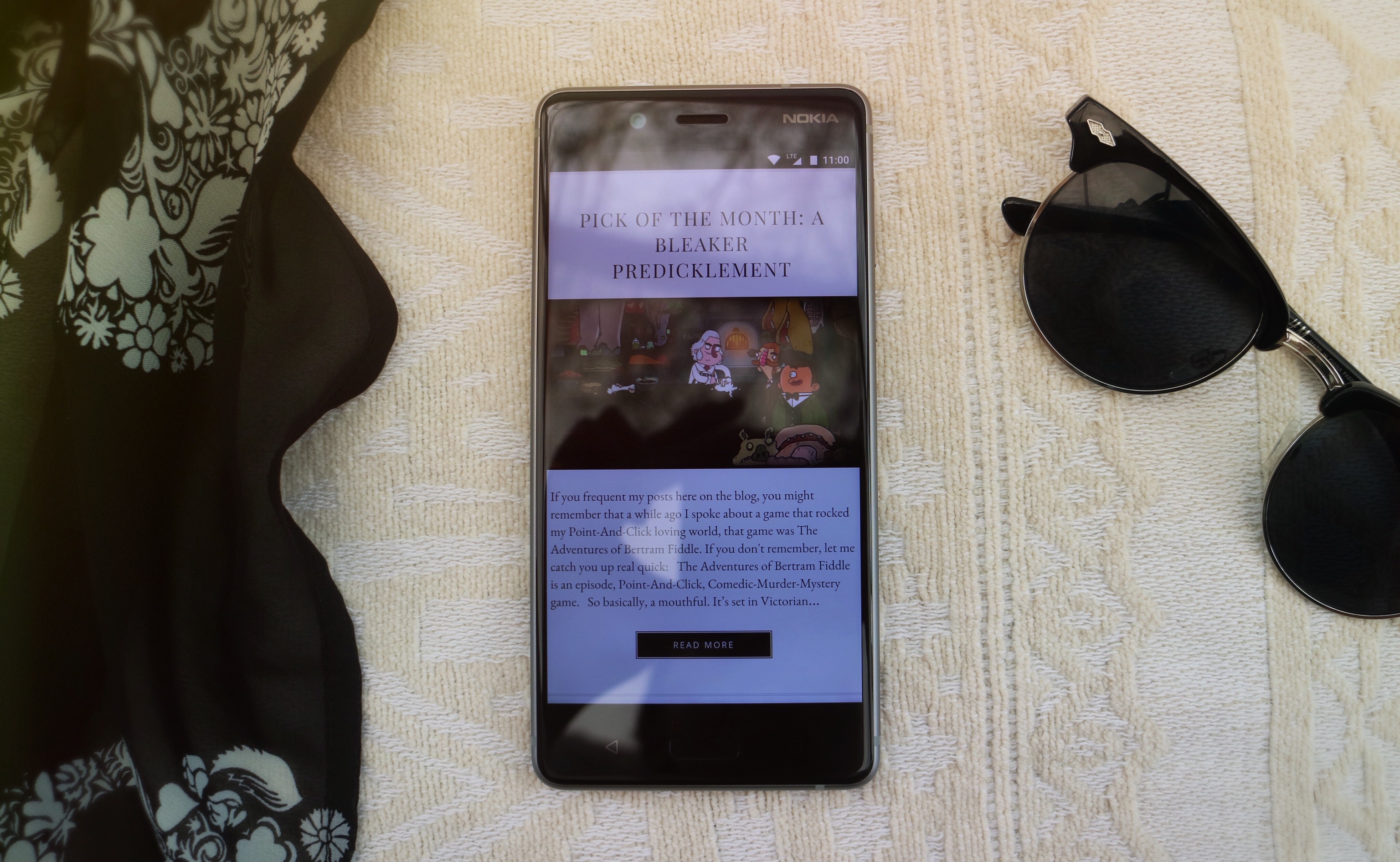 While the Nokia 8 is definitely not the worst smartphone on the market right now, it is also nowhere near the best. It feels and acts like a first time phone and that just isn’t good enough. While I enjoyed taking a break from my iPhone and playing with the Nokia 8, I worry that that was more nostalgia based because the child in me WANTED it to be great. But truth? I cannot wait to switch on my iPhone again and put the Nokia back in the nostalgic part of my memories, where it belongs. Oh and I’m also about to start a campaign to #freethebothie because I need that dual live streaming back in my life. I’ve lived in a world with it and now I just don’t want to go back!

Disclosure: Constantine104 was given a phone to review for two weeks. This was a press sample so it has been collected and gone off to the next blogger. 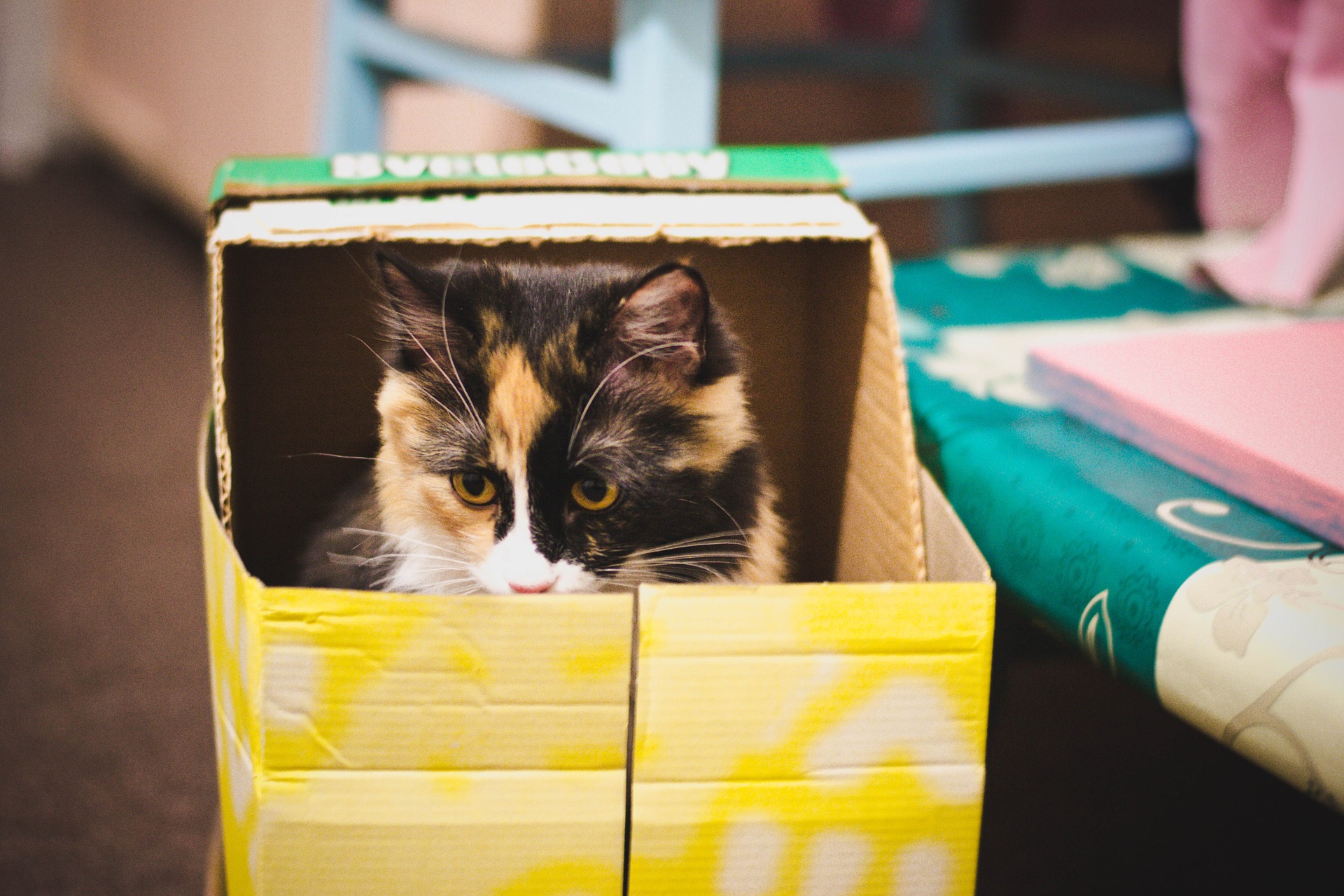