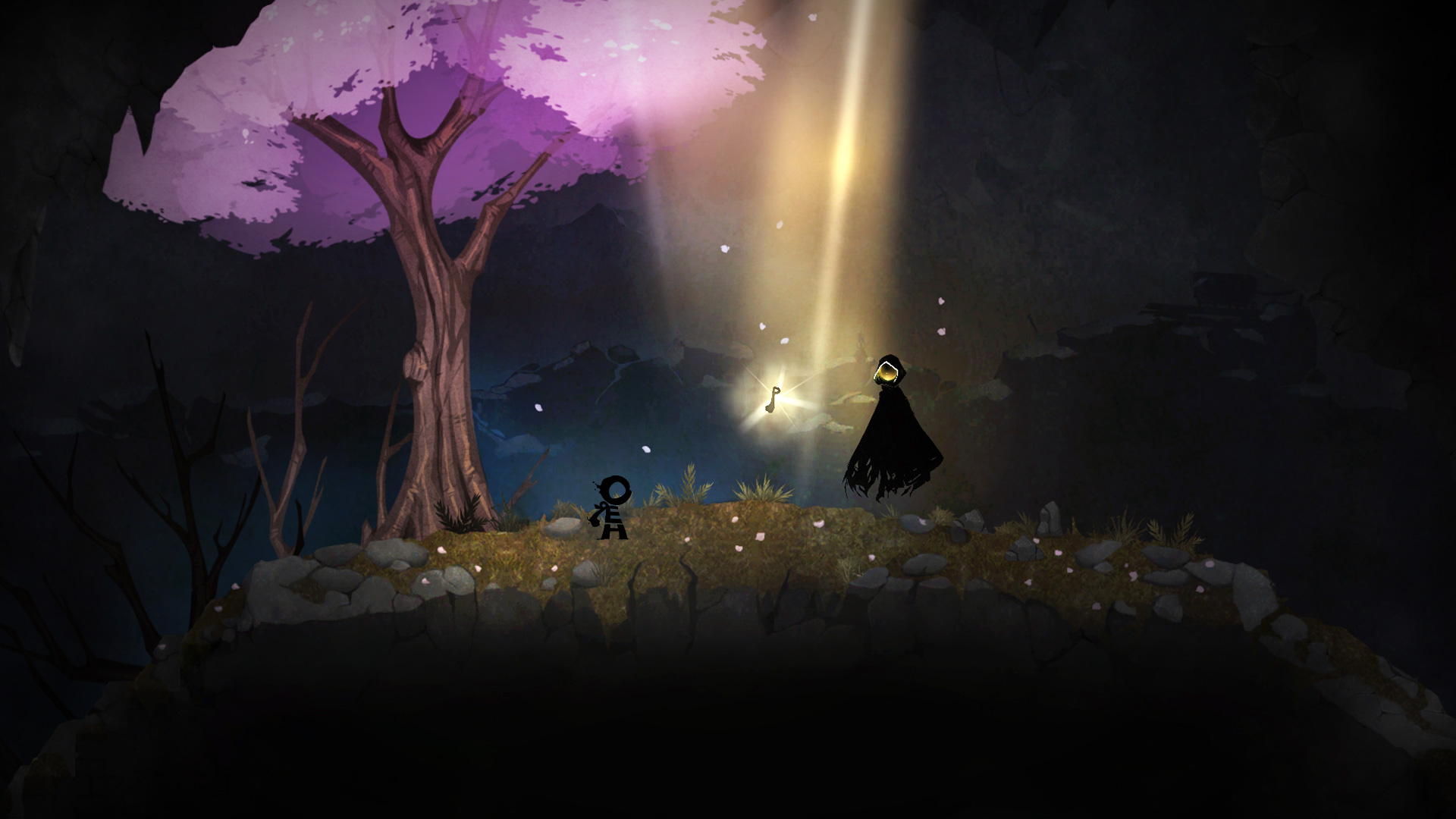 Typoman, the HERO we need

Over the past few weeks I’ve found myself being involved in a fair share of different gaming events that have been happening around PTA and JHB (I even got the title ‘The Queen of Hearthstone”) and at almost all of them, the underlying goal has been to get a new audience to try gaming. Now don’t get me wrong, having events where a bunch of different people can get together and be exposed to this fantastic world is definitely the first step, but after you’ve hooked people, you need the right games to make them stay.

Because of this, I’ve found myself thinking more and more about ‘accessible’ games. Games that anyone, regardless of gaming experience, could pick up and enjoy. Games like that aren’t particularly hard to find, you only need to open the app store on your phone and you’ll be met with thousands of them. But that’s where the catch comes in, not a lot of accessible games are actually fun or give you that same sense of fulfillment and achievement that more serious games do, and that’s where I feel like we lose out on getting more people into gaming.

So the quest for accessible yet fun games was on, and then, I re-discovered Typoman.

Now when I say ‘re-discovered’ what I mean is that back in 2014/2015 I saw a trailer for Typoman and I instantly wanted it, the only problem is that at the time it was a Wii U exclusive, so it pretty much fell off my radar. Then at the start of 2017, it launched on Steam and I added it to my Wishlist rather lackluster-ly, never putting two and two together or giving it too much attention.

Now one of the things you might not know about me is that I live in an internet dead zone, if you are ever feeling nostalgic and want to experience those sweet dial-up speeds again then my house is the place for you. The reason I bring it up now is because when it comes to downloading games on my internet it’s a complete and utter NIGHTMARE. So whenever there is a NAG LAN event I take full advantage of the chance to update my game library and one of the games I added to my collection this RUSH ended up being Typoman, and man, was a blown away.

By now you’re probably begging for me to shut up and just tell you about the game already, so here goes: 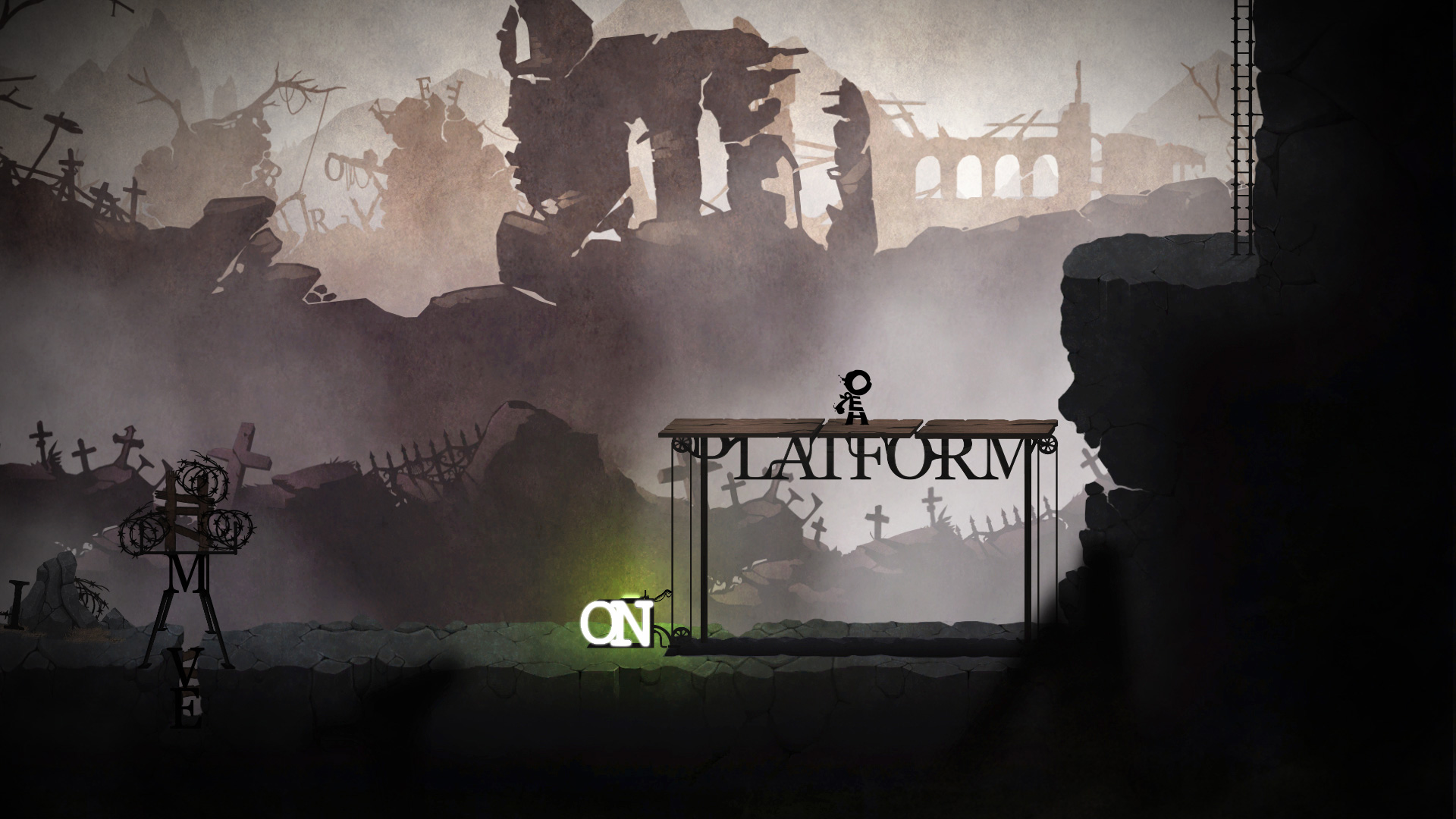 Keeping it simple and without giving too much away, Typoman is a 2D Puzzle Platformer. But it’s not just any platformer, it’s one of the most unique ones I’ve ever played. In the game, everything goes about the power of words, good and bad. Bad words become monsters that try to kill you and further destroy the world, while good words protect you and help you progress where you thought you could not.

The character you play, HERO (he is made out of letters that literally spell HERO), is struggling to make his way through a dark twisted world to put himself back together again (his arm gets stolen as the game begins) he has everything against him but he also has a very special power, he can use letters and words to change the face of the world forever. 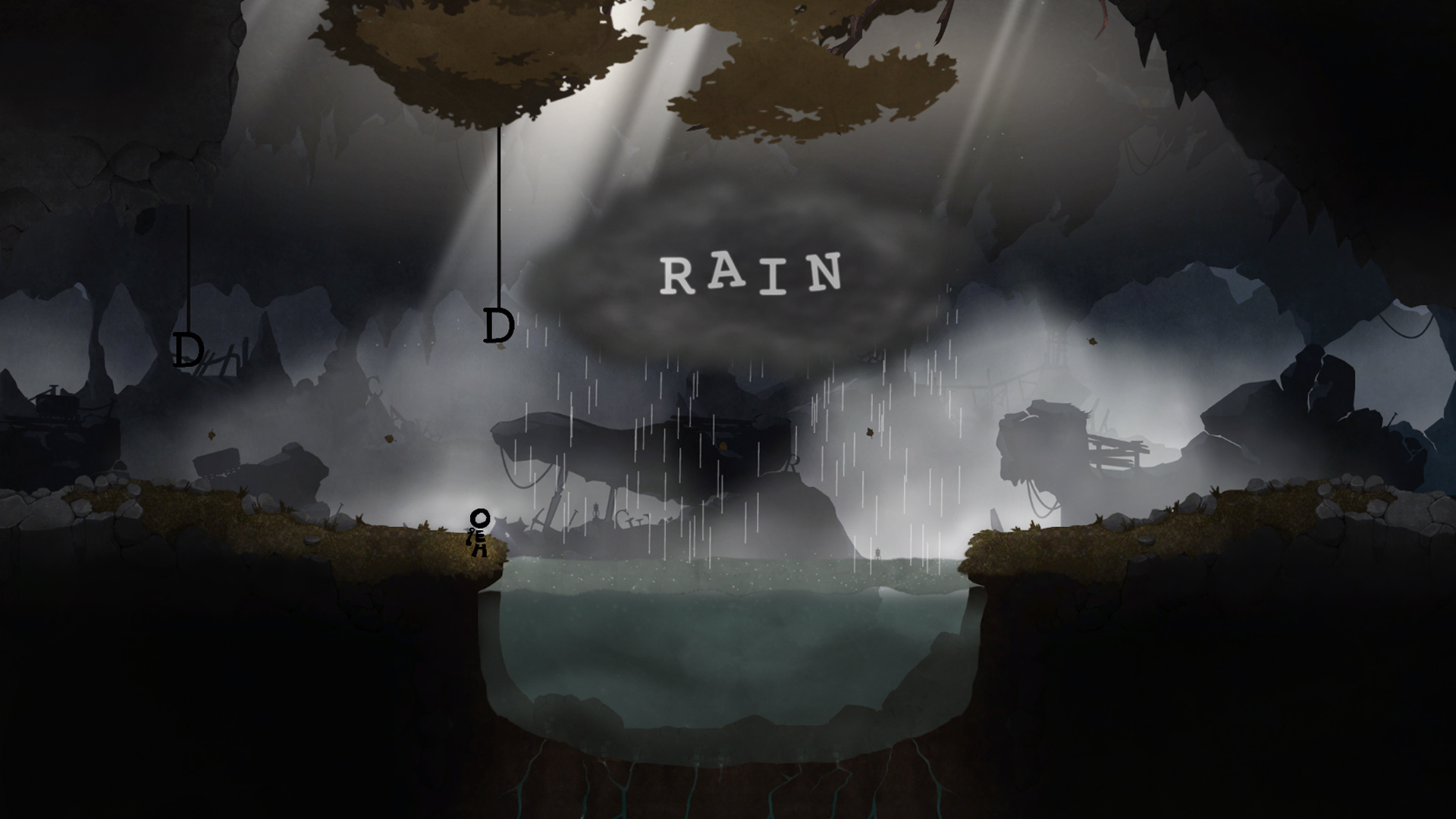 It’s not an overly long game, you can binge play it in about 3 hours, but it is a rewarding one. The art, soundtrack, story, and idea behind the game all work so well together making it a truly interactive a work of art. If I had to give you a reason exactly why I loved playing it as much as did, I would have to say it’s because I love games that make me think about the effect of my actions (in this case my words) after I finish playing it, and that’s exactly where Typoman shines.

The game is built on a simple premise, but a powerful one.

Negative and bad words can tear your world apart, while positive and good words can give you the courage you need to survive it. Now if you don’t mind, I have 100% achievements to go earn… It’s not like I’m addicted or anything… YOU’RE NOT MY MOTHER!