Game of Thrones & other non GOT related stuff

The new season of Game of Thrones starts soon and hopefully (if the trailer is anything to go by) we find out more about the White Walkers but we’ll also have to wait a week to watch each episode! #GOTproblems 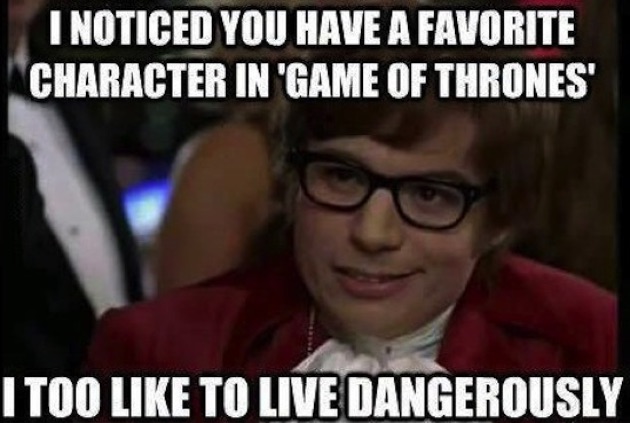 In the meantime though, find out what it’s like to be a person who doesn’t watch GoT (yes they exist), check out John Snow’s audition video (flippen hilarious), as well as other non GoT related stuff like Harry Potter, Super Mario and more.

Louis Vuitton brings out a smart watch you can’t afford

The brand counterfeiters everywhere are obsessed with LV and now the brand has released a smart watch as part of its Tambour Horizon range and it starts at $2450 (R32 584).

Sam reviewed the new Fitbit Alta HR, and for most of us that is about as far as wearable tech goes. Ain’t nobody got R30k! (If you happen to have that kind of money, I’m an excellent dinner party guest and my birthday is in September).

The workplace toolkit you never knew you needed

You had me at Super Mario makeup

Japanese beauty brand Shu Uemura has teamed up with Super Mario Bros to bring you themed makeup! It will only be available in October and you’ll probably have to order it from Japan. I don’t really wear makeup that often, but if it looked like this I probably would.

If you’ve ever wanted to wear Slytherin tights, then today is your lucky day

Black Milk Clothing, a clothing brand has released an awesome Harry Potter clothing line. And while you won’t find woolly scarves or capes, they do have R and H tops that I’d definitely make my BFF wear.

Only one more sleep until the new Hogwarts collection is here… hit the bio link to get your wishlist sorted! ?
#blackmilkclothing #blackmilk
#hogwarts #harrypotter

You know you and your bestie need Mrs. Weasley Jumpers of your own ? Shop these adorable sweaters for a few more hours – link in bio!
#blackmilkclothing #blackmilk
#harrypotter #hogwarts

Kit (John Snow) auditions for other roles in Game of Thrones

This really made me laugh out loud. Watch out for “Do you want to see my dragons?” I’m so excited for the start of the new season on Monday!

Did you know that there are people out there who choose NOT to watch Game of Thrones? I know right. Well if you are one of them, here’s video for you. Sh-a-a-me!

This tweet pretty much sums up my current approach to exercise