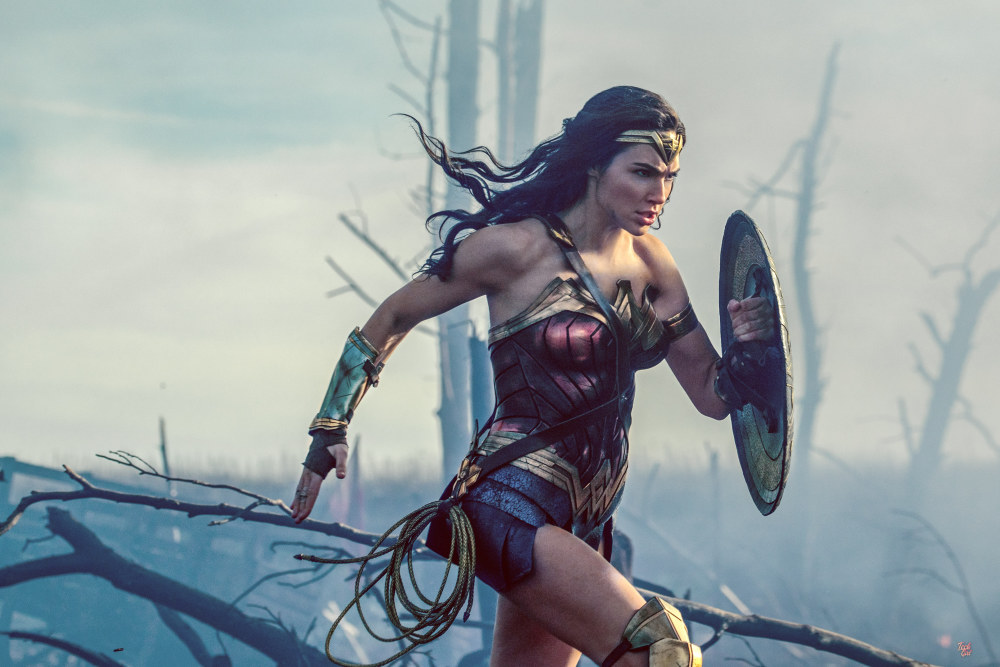 Just before I jetted off to Taiwan for Computex I went to go watch Wonder Woman at an exclusive screening. It is no secret that I’m a giant Wonder Woman fan, hell I walk around with Wonder Woman earrings most of the time! I loved the movie. I loved Wonder Woman. I loved Gal Gadot’s portrayal of the character. There was something really special about the movie and the female characters in the film. I do think Patty Jenkins, the director, played a big role in ensuring our favourite female superhero was depicted in an honest and beautiful way rather than too sexualised and overtly feminine. 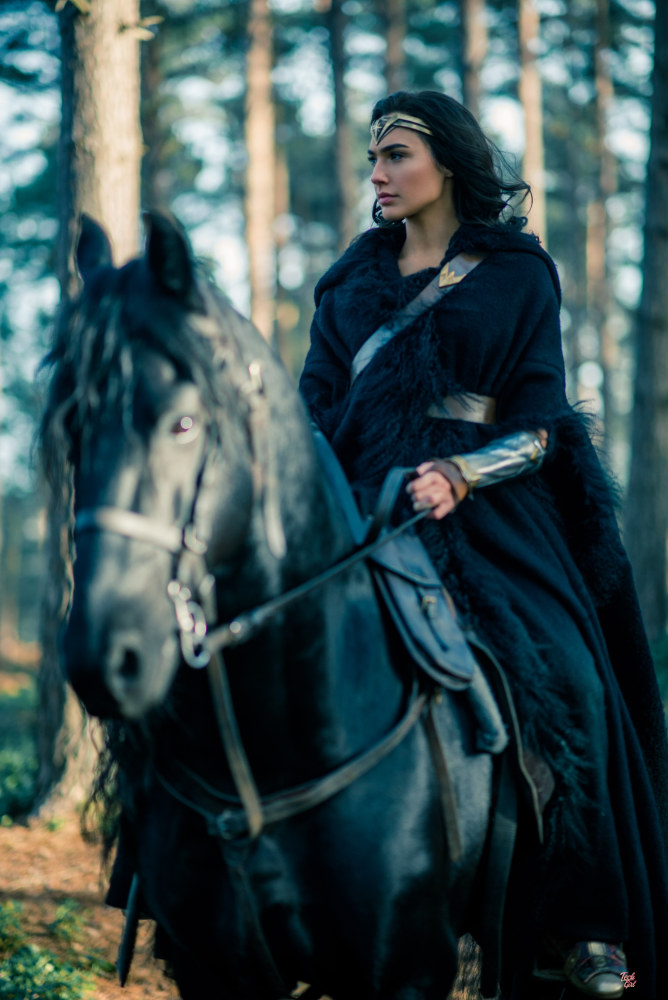 I left the film wondering about what it took to create it and appreciating the pressure that might come with bringing Wonder Woman to life in a stand alone film. During an international press junket, Gal Gadot who plays Wonder Woman (also known as Diana) as well as Patty Jenkins weighed in on what it was like to film the movie and the pressure of giving us Wonder Woman.

We’ve been waiting so long for a Wonder Woman movie.  What does it feel like to be so close to the entire world seeing this film? 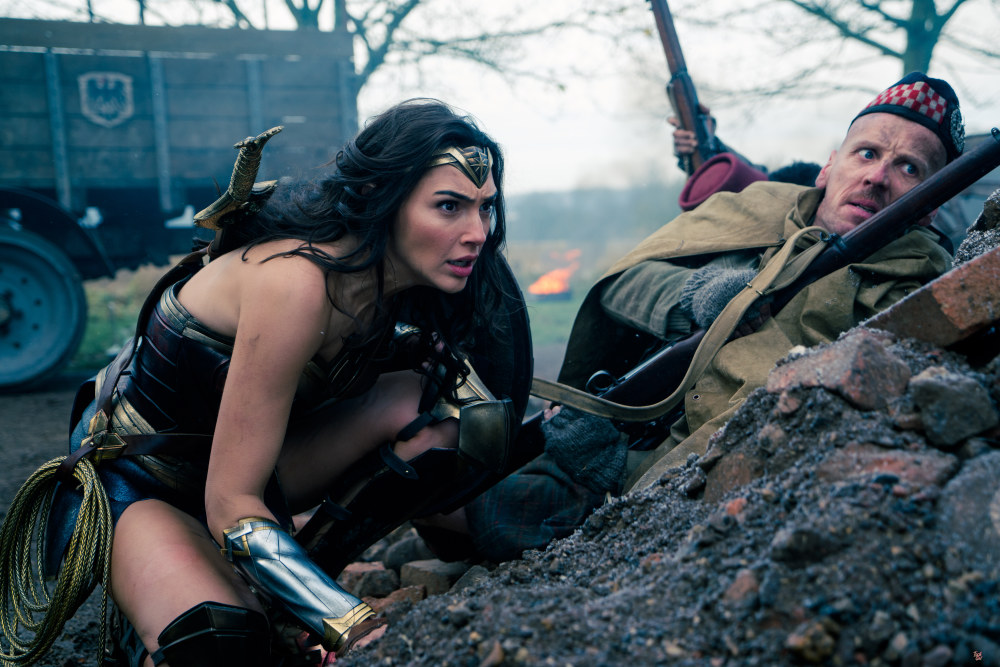 PATTY JENKINS:  It’s stunning for me because I’m one of those fans who’s been wanting to see a Wonder Woman movie for a long, long time.  It’s so exciting that the world is about to experience it.

GAL GADOT:  It’s amazing and overwhelming. I feel very grateful because it’s like a dream coming true.  Working on this project has been such a phenomenal experience, and now with the reactions and feedback we’ve been getting, I’m super excited and very, very happy.

Many believe that Wonder Woman’s greatest super power is her compassion, and that’s something you can have even if you’re not an Amazon warrior. Do you hope that’s what people take away from seeing the movie? 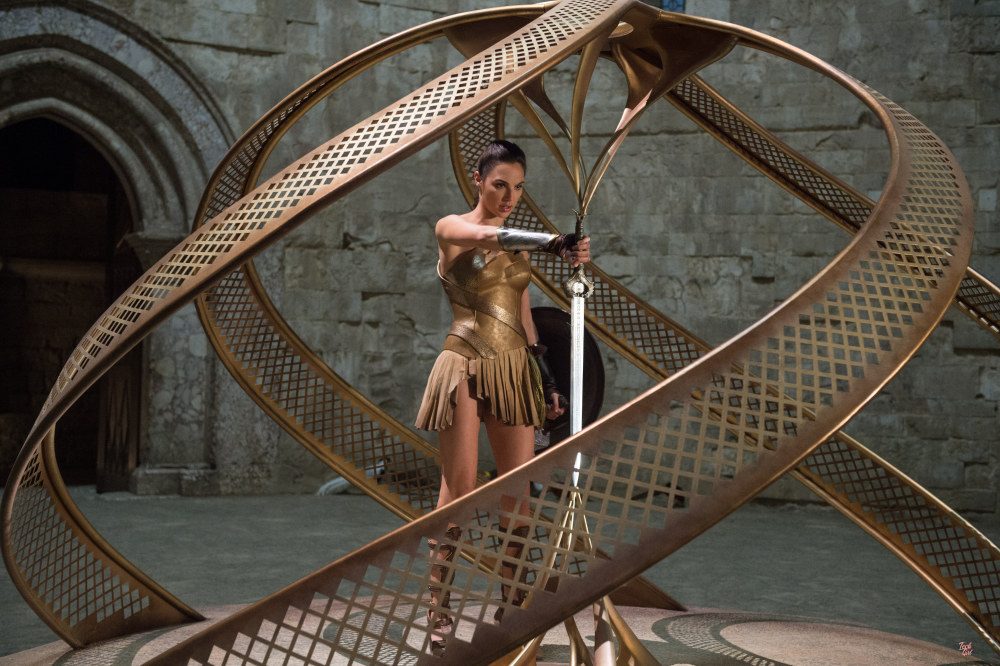 GAL GADOT:  One of the things Patty and I connected with is that Wonder Woman stands for love, truth and compassion, and that’s why she’s magical.  That’s one of her biggest strengths. When Patty and I first met, we talked about our families, and I told her about my grandfather, who was a Holocaust survivor, and he had taught me that no matter how dark it gets in life, you need to find your inner light.  It was very important for us both that this movie has a message that everyone can relate to.

Were there any moments during production when you thought you were making something special and putting something good out into the world? 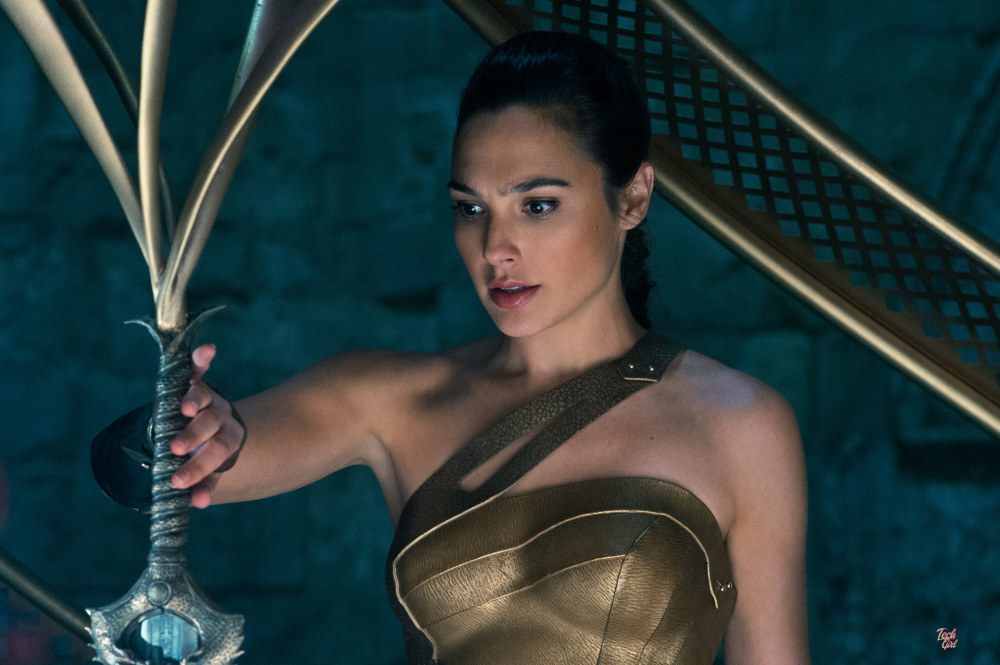 PATTY JENKINS:   We wanted to make a great movie about a great Super Hero – and the fact that I’m a woman was secondary.  But then, of course, I’m both honored and surprised at the position we find ourselves in.  We all wanted to bring to audiences not only a message of being a hero to the world, but one of helping people find their voice.

GAL GADOT:  Wonder Woman speaks to both boys and girls, and to men and women, which is what I love most about her.

Gal, what are your favorite things about Diana? 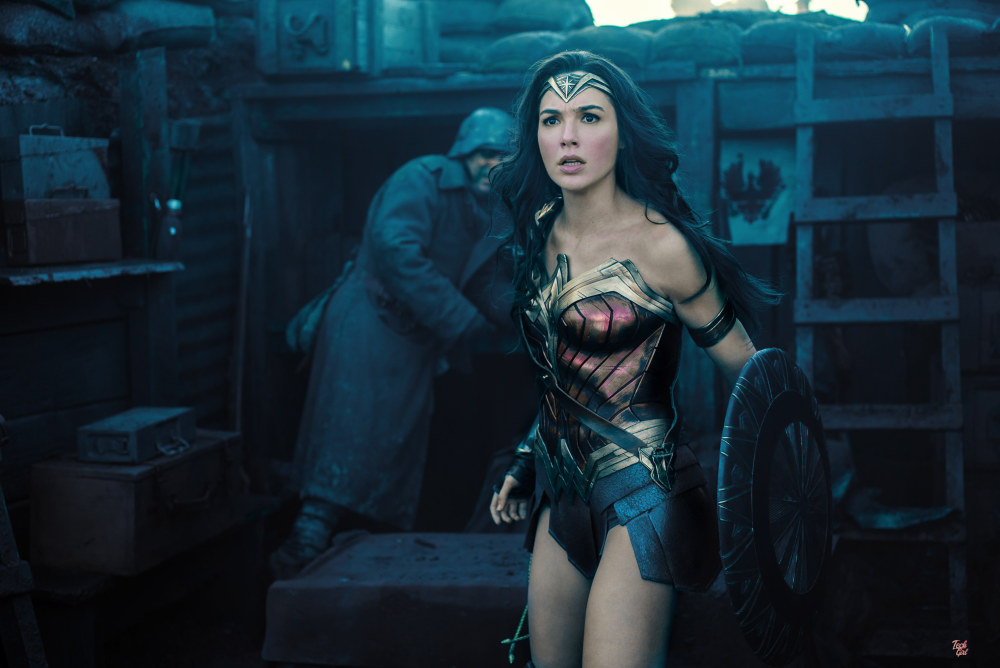 GAL GADOT:  Diana embodies all the qualities I love.  She’s curious, warm, loving and inclusive.  Diana assumes the best of everyone, but at the same time, she’s not trying to be perfect.  Diana can be very vulnerable and, at times, confused and naïve.

Having been on another blockbuster movie set before I’m aware of how brutal the training sessions can be. According to those on the Wonder Woman set, there was a great comaraderie amongst the actors portraying Amazon warriors. What was the experience like for you? 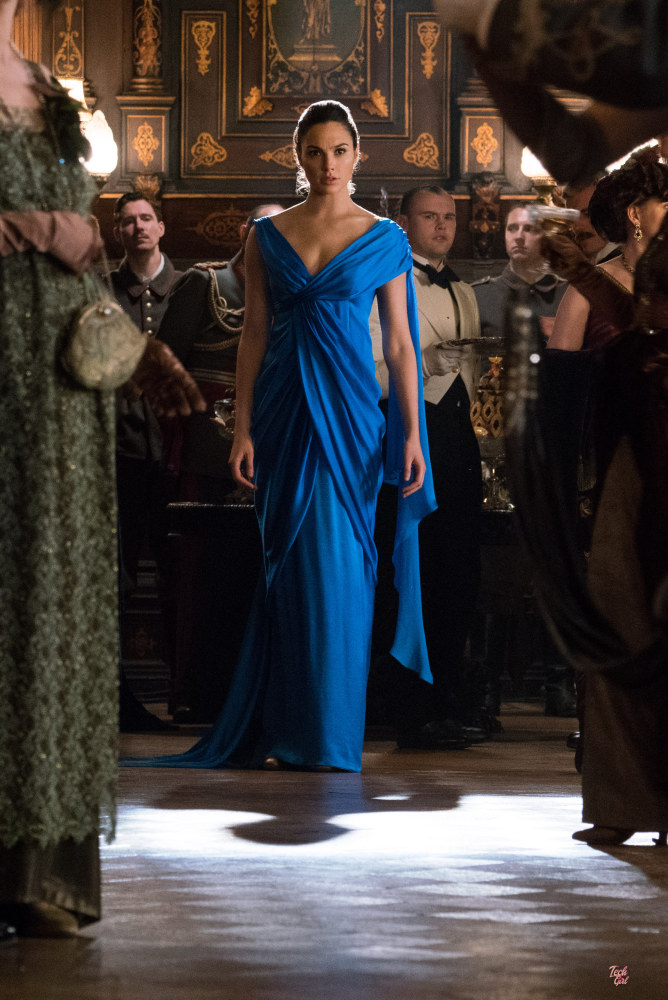 GAL GADOT:  Our stunt team came up with a fighting style that women warriors probably used thousands of years ago.  When you see those scenes with the Amazons, it looks so spectacular because that’s what women did in combat back then. It didn’t feel like we were trying to invent something new.  It was more about bringing back this ancient fighting style.

Did any of you endure any bumps or bruises during filming? 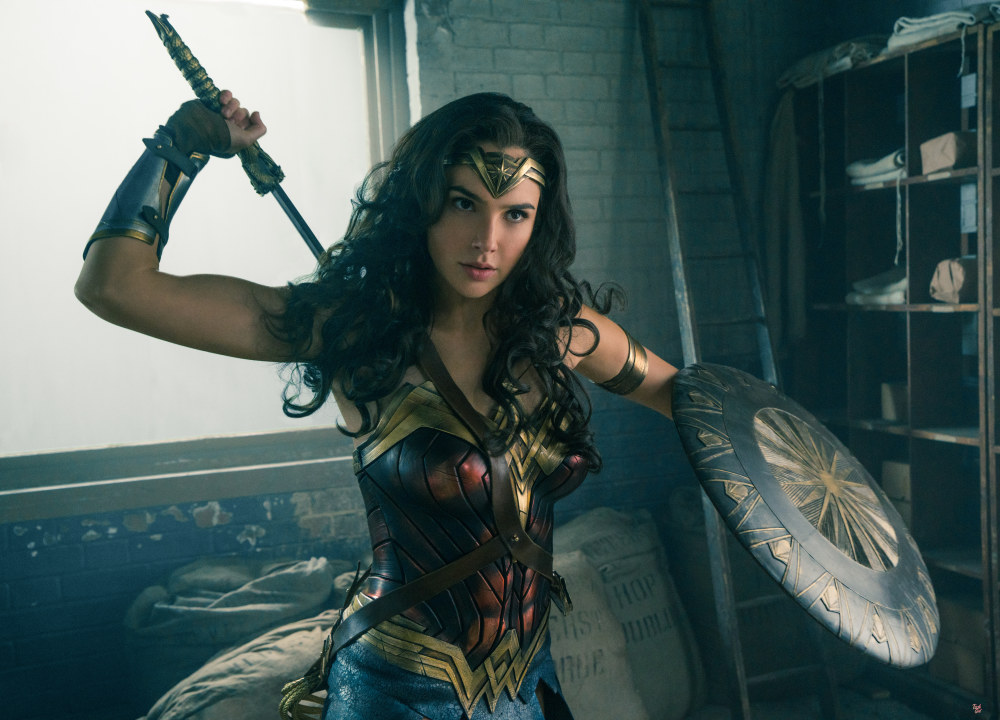 GAL GADOT:  By five o’clock we were all dying to get out of these Amazonian corsets. But it was worth it.

Patty, is there a particular scene that fans of the comics are going to be excited to see? 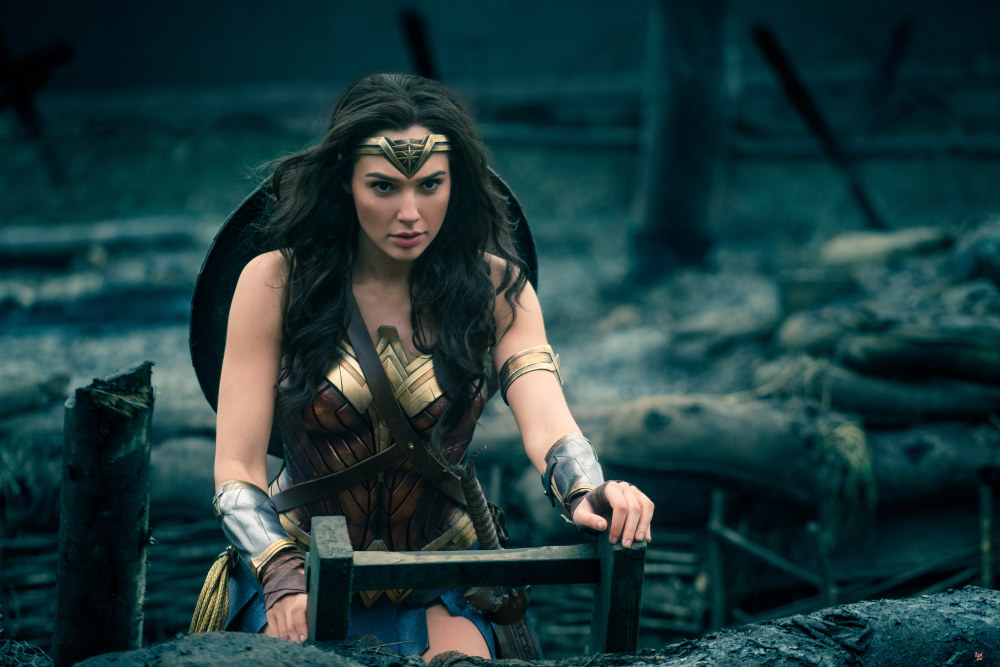 PATTY JENKINS:   We have comics lore sprinkled throughout the movie.  But the scene that I felt the most duty to as a Wonder Woman comics fan, myself, was one set in No Man’s Land, because it’s Diana’s first step into battle, in costume. It’s a key moment in the film.

I wanted that scene to feel like a scene in the 1978 Superman with Christopher Reeve, when Superman reveals himself to rescue Lois Lane from a helicopter that’s about to crash.  Our scene has a different tone than that, but I wanted audiences to be teed up for the moment Diana becomes Wonder Woman.

I can confidently say, after watching the movie, that Patty succeeded. 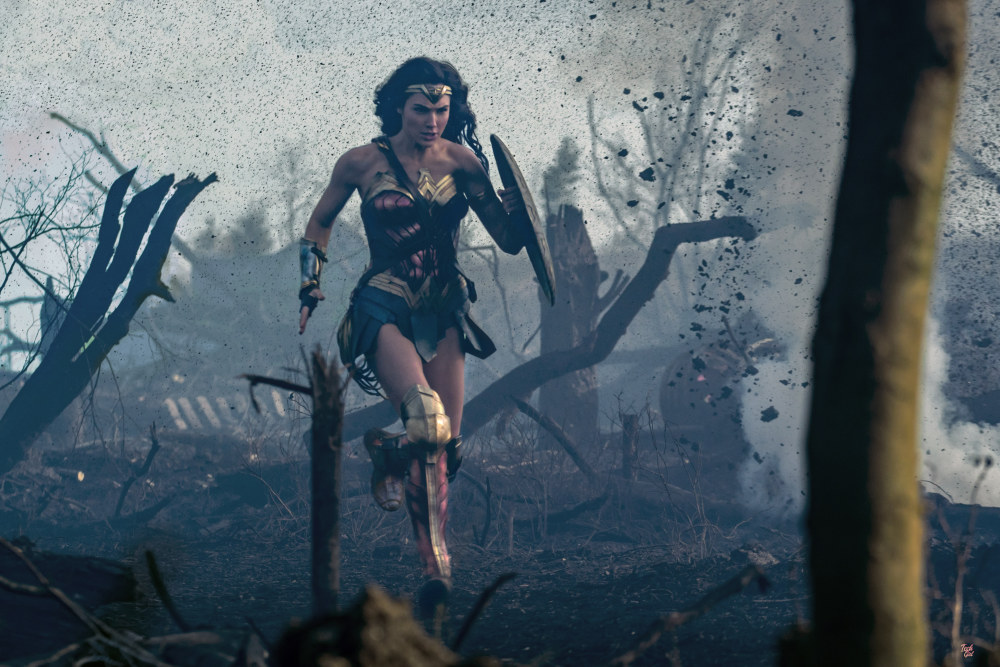 And now to celebrate the fact that Wonder Woman is in cinemas on 2 June! I’ve got 5, yes FIVE, incredible Wonder Woman hampers to give away. Here’s a sneak peek at what they consist of: 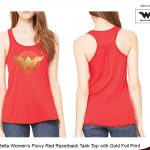 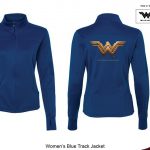 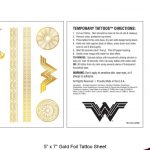 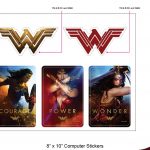 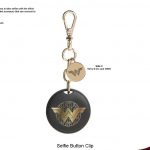 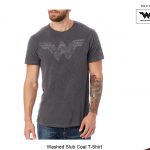 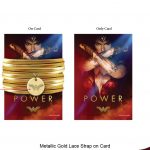 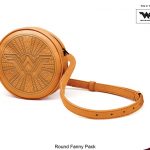 To win one of these hampers, all you need to do is head on over to my YouTube channel and hit Subscribe before coming back here and telling me in the comments below what you’re most excited about seeing in the new Wonder Woman movie. EASY AS. Make sure you go watch this film, you won’t be disappointed. 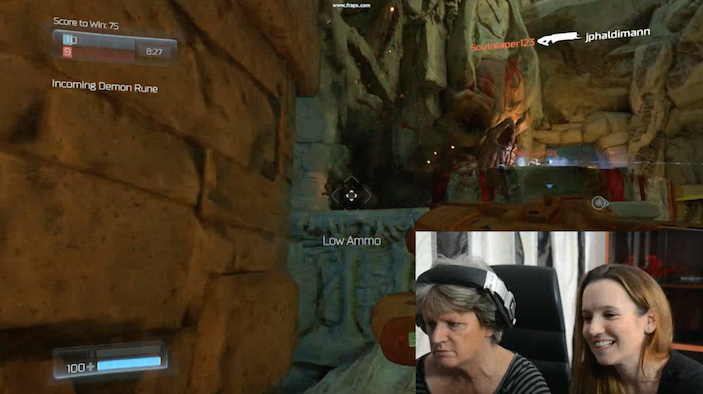 Convinced my mom to play the DOOM Beta