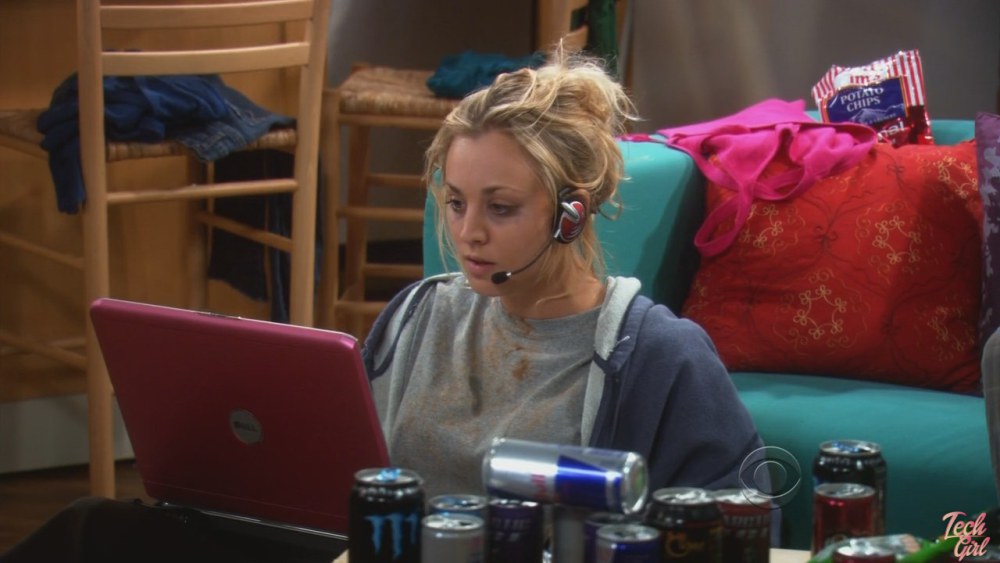 10 games to help you move from mobile to PC gaming

When it comes to the world of gaming I’ve grown up extremely lucky.  I came from a family that embraced technology and all the forms of entertainment that came along with it from the very start. I remember sitting watching my mom play DOOM and Wolfenstein when I was still practically a baby. This meant that gaming came naturally for me, it was something that I was “born into” if you will, and as it has grown and evolved over the years, so have I.

If you sit back and look at how gaming, and the general perception of gaming, has changed and evolved over the last decade you’ll find yourself staring at a vibrant, diverse community that’s almost completely unrecognizable from where it started. I remember when being a gamer still had this huge social stigma connected to it.  People didn’t want to sit close to you in case it was contagious. The result of that ‘segregation’ was gaming being reserved for this small, niche group of people, there wasn’t room for ‘casuals’ you were either a gamer or you weren’t.

But that’s no longer the case.

Along with the boom of smart devices and social media came something else, games.  Suddenly gaming became not only a hugely popular and social activity but also convenient.

Anyone could do it.

Now we’re a society that embraces gaming in our lives, we play on our phones, on social media, and if you have an IOS device we now even play while sending messages.

Still, there is this divide that exists between mobile games and any other form of gaming, though.

It’s easy to feel comfortable and included in the casual-ness of mobile games and still completely uncomfortable with the idea of sitting down and gaming on any other platform, and it’s right there that most people just stop trying to game. I have never felt like I was out of the loop, and for that, I consider myself one of the lucky ones.  I don’t enjoy struggling, with anything really, and I know I’m not alone in that.   Gaming is supposed to be a form of entertainment, it’s not supposed to be this foreign, anxiety causing activity.  And it never has to be.  You just need to know where to start.

I want to help you break that ice.

Here is a list of 10 games that you can get via a free Steam account for your PC.  They are different enough to help you get a good feel for what you might enjoy, and they are easy enough for you to be able to just sit down and play. So without further ado, I hope you’re ready to start on the adventure of a lifetime, here is, in no particular order, your intro into casual PC Gaming: 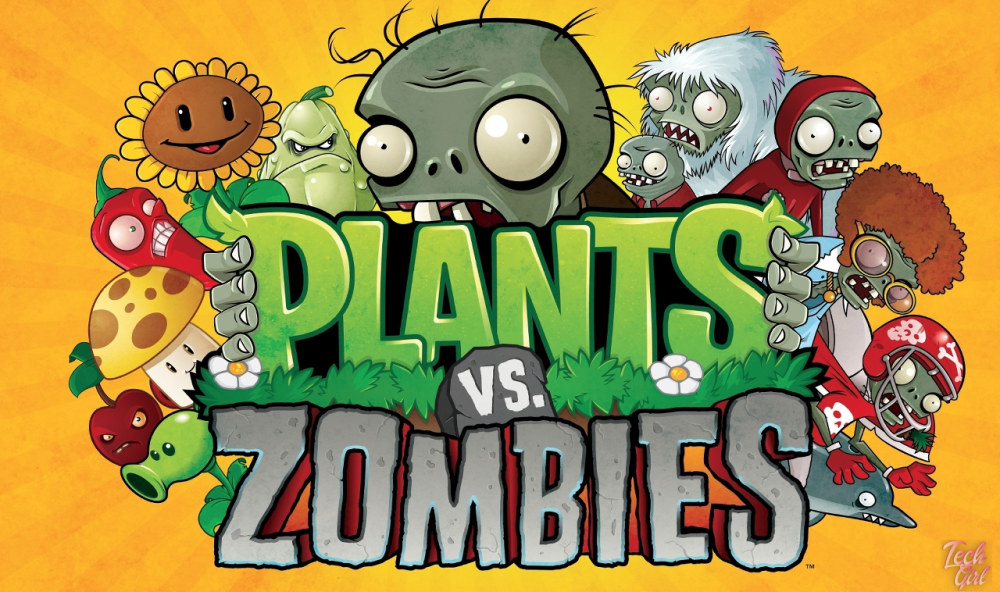 Zombies are invading your home, and your only defense is your arsenal of plants. Armed with a collection of alien, zombie-zapping plants you’ll need to think fast and plant faster to stop the zombies dead in their tracks. Plants Vs Zombies is a Single Player game. It’s easy to pick up and challenging to master. Available on Steam for R55 it comes with a collection of achievements for you to unlock. 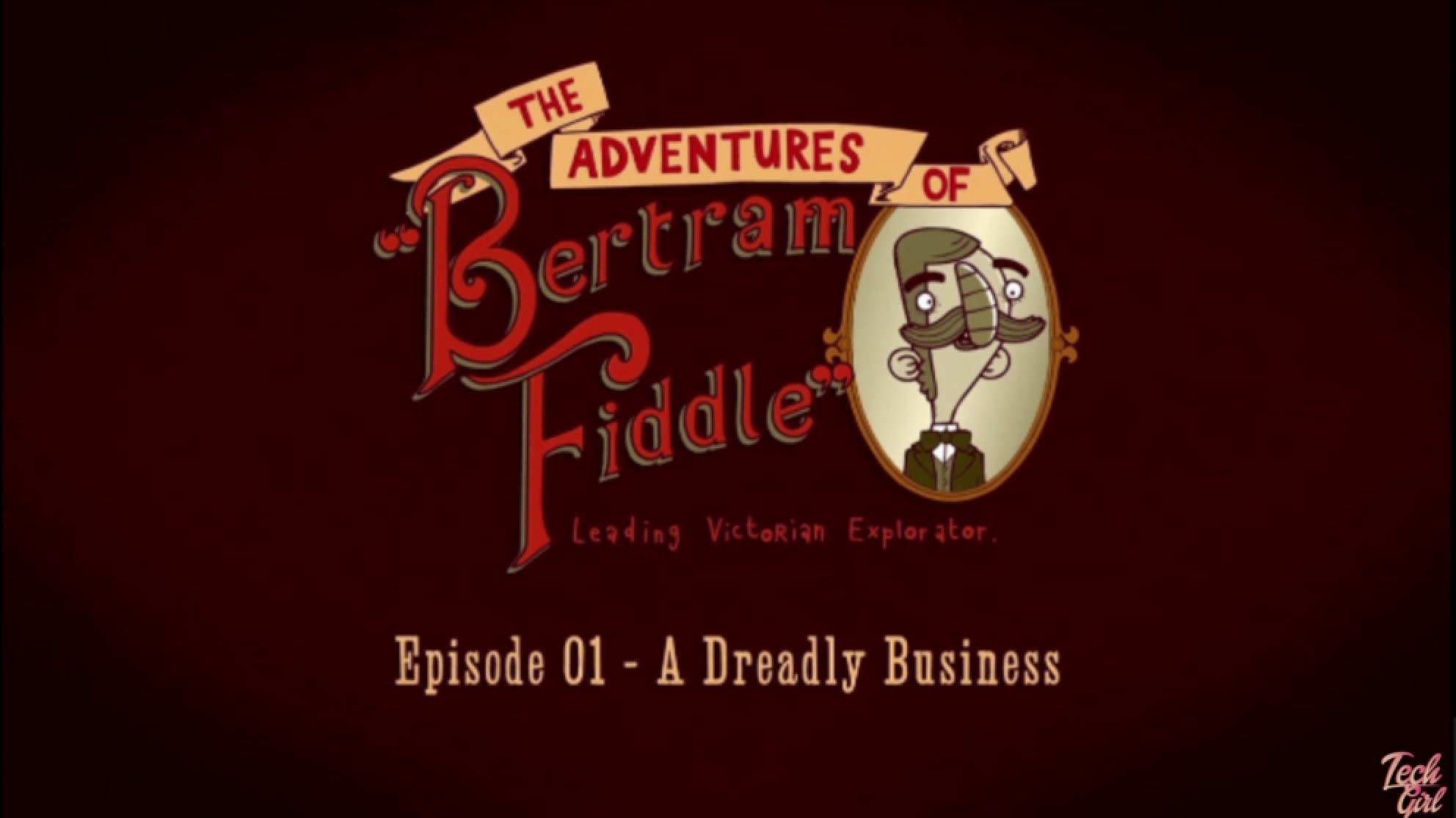 Explore a quirky Victorian London inhabited by strange characters. Play as explorer/investigator, Bertram Fiddle, you must help him follow the clues and track down the elusive serial killer known only as Geoff the Murderer before he strikes again. A classic single player point & click adventure game, featuring weird and wonderful characters, beautiful animation and adult puns for days. It’s a Single Player game that you can pick up for R65 on Steam, there is also a follow-up episode launching soon. 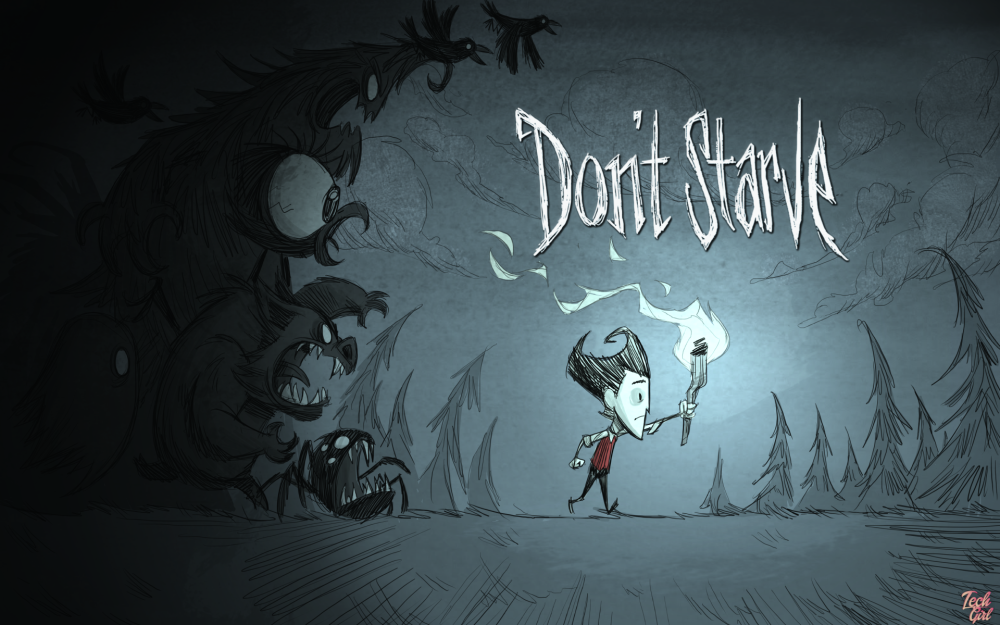 You start off playing as Wilson who has been trapped by a demon and transported to a mysterious wilderness world.  You need to learn to survive this world if you ever hope to escape and find your way back home again. Don’t Starve is one of the easiest of all the “survival” titles to pick up and start playing, but it’s one of the games that’s also the hardest to master.  You’ll find yourself dying and starting over A LOT.   It’s available for R159, comes with a mound of achievements and expansions – including a standalone Multiplayer edition so that you can try and survive with others. 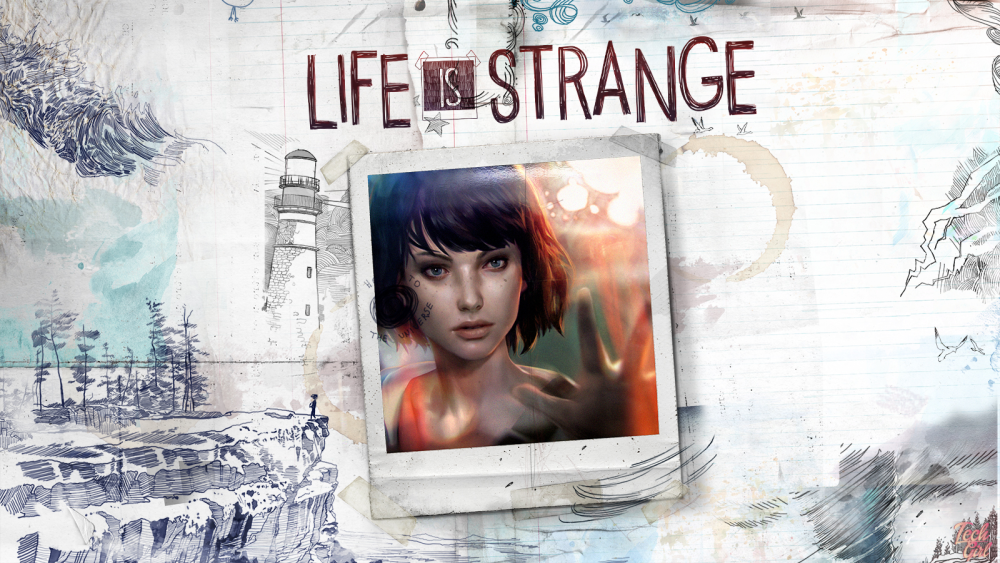 Life is Strange is an episodic adventure game that allows you to rewind time and affect the past, present, and future. You play Max Caulfield, a photography senior who discovers she can rewind time while saving her best friend Chloe Price, meanwhile, you quickly learn that changing the past can sometimes lead to a devastating future. Life Is Strange is a Single Player game and Episode 1 is available for free on Steam. If you want to buy the full collection of episodes straight off then you’re looking at R219 for all 5 parts.  It also comes with a giant collection of achievements.

You’ve inherited your grandfather’s old farm plot in Stardew Valley. Armed with hand-me-down tools and a few coins, you set out to begin your new life. Can you learn to live off the land and turn these overgrown fields into a thriving home? It won’t be easy but with a little dedication, you might just be the one to restore Stardew Valley to greatness! Raise animals, grow crops, start an orchard, craft useful machines, explore unknown caves, make friends and have relationships. Stardew Valley is a Single Player farming simulator with a twist of adventure and some magic thrown in. You can pick it up for R159 on Steam and it comes with a nice collection of achievements to work towards. 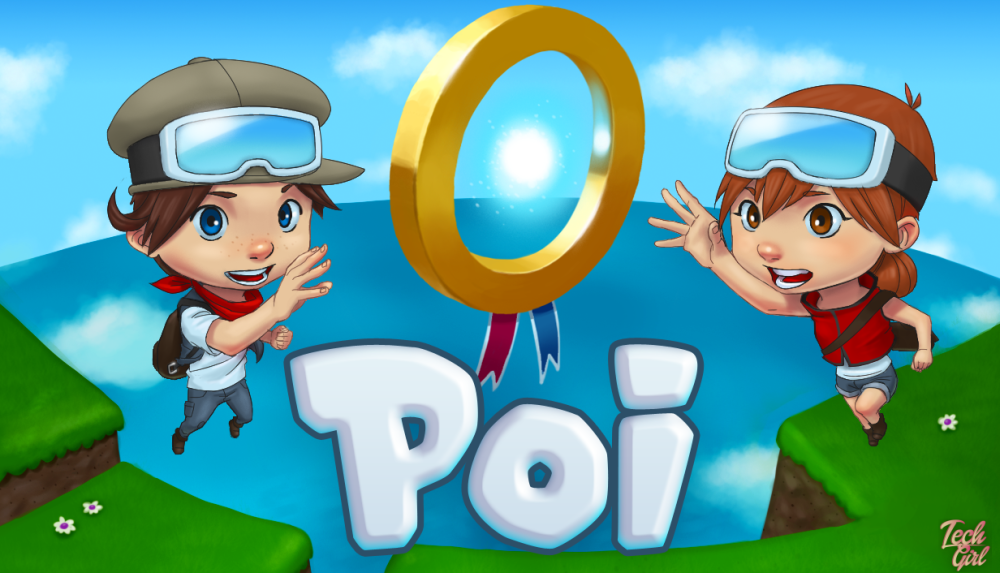 Poi is a 3D Platformer where you can choose to play as one of two kids on a grand adventure to unravel the mysteries of the Milky Way Globe. Explore uncharted lands, compete in challenge levels, meet quirky characters and defeat comical creatures on a journey to become a Master Explorer. It’s a very ‘old school’ style Platformer, you explore the world in search of Medallions. There are multiple achievements in-game, different skills to learn and secret locations to unlock. You can pick up Poi for R159 on steam, it comes with a collection of Steam achievements and a 2 player mode in the works. 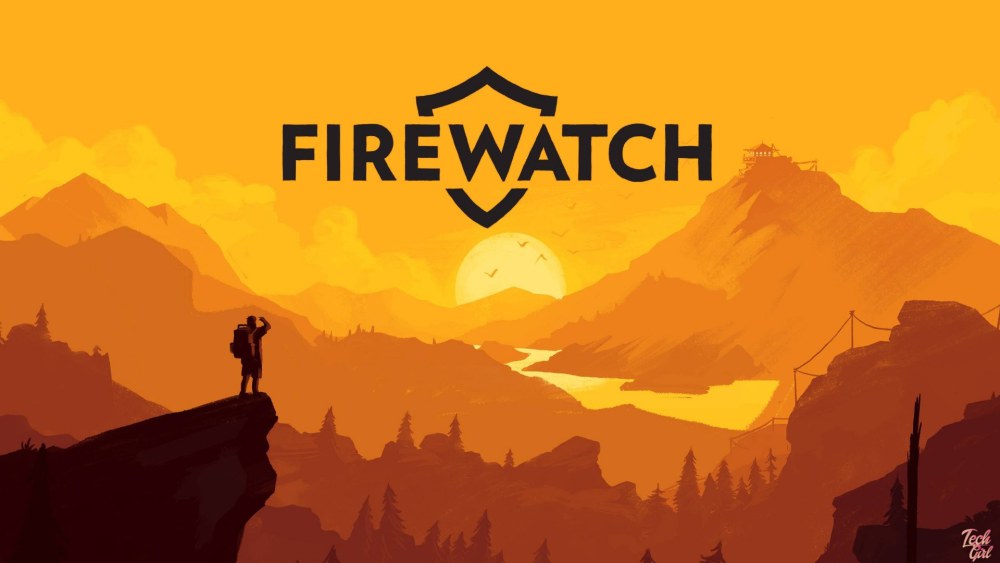 The year is 1989. You are a man named Henry who has retreated from his disaster of a life to work as a fire lookout in the Wyoming wilderness. Perched high atop a mountain, it’s your job to look for smoke and keep the wilderness safe. You’ll explore a wild and unknown environment, face questions and make choices that can build or destroy the only meaningful relationship you have out there. Firewatch is a Single Player game focused on conversation and exploration, it comes with some Steam Achievements and you can pick it up for R219. 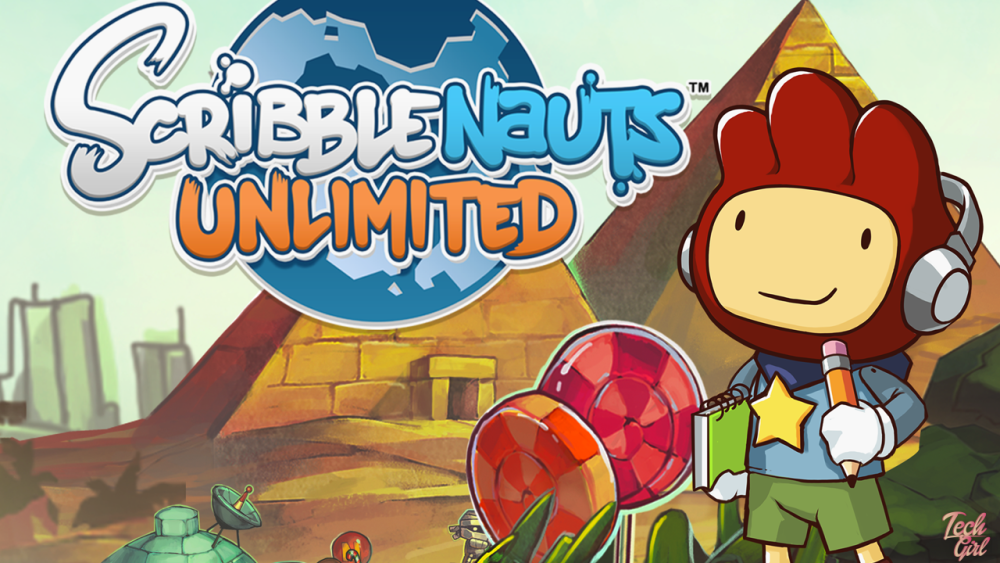 Venture into a wide-open world where the most powerful tool is your imagination. Help Maxwell solve robust puzzles in seamless, free-roaming levels by summoning any object you can think of. Create your own original objects and assign unique properties. In Scribblenauts, YOU create your own path and you get to see your creations come to life in game in a matter of minutes. It’s a Single Player game that comes with a ton of Steam achievements and you can grab it for R219.

Experience the epic journey of Nuna and Fox as they search for the source of an eternal blizzard that threatens the survival of everything they have ever known. Never Alone is an atmospheric puzzle platformer developed in collaboration with the Iñupiat, the Alaska Native people, drawn from a traditional story that has been shared across the generations. Never Alone is a Single Player game that has a local co-op option that lets you play on the same screen with a friend.  It comes with Steam achievements and is available for R159. 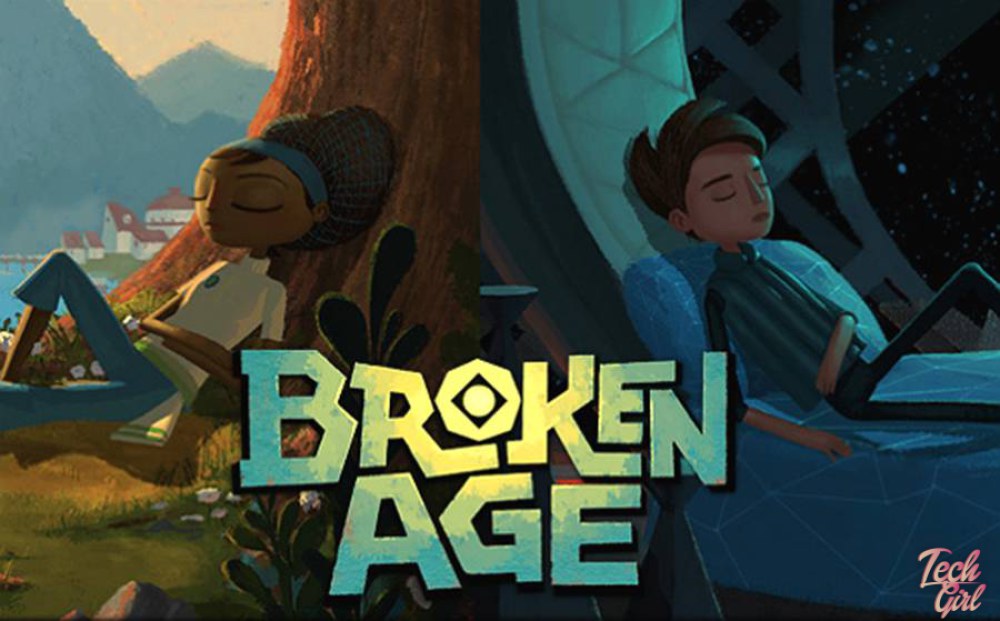 Broken Age is a hand-animated, puzzle-filled adventure game with an all-star cast, including Elijah Wood, Jack Black, and Masasa Moyo. It’s a timeless coming-of-age story of barfing trees and talking spoons. Vella Tartine and Shay Volta are two teenagers in strangely similar situations, but radically different worlds. The player can freely switch between their stories, helping them take control of their own lives, and dealing with the unexpected adventures that follow. Broken Age is a Single Player game, you can pick it up for R269 and it comes with a host of Steam Achievements to unlock.

These are all games that are pretty easy to pick up and play but also offer you a challenge and deliver an amazing experience. If you’ve already played these and are wondering “what’s next” then I present to you my honorary mentions, these are two totally different game franchises but ones that you can’t go wrong with and they are:

I hope that if you’ve never picked up a game before that this list helps you to make that first step, and if you already game that it helps you to find a gem that you might have missed.

Now if you don’t mind, I can hear Steam calling my name…