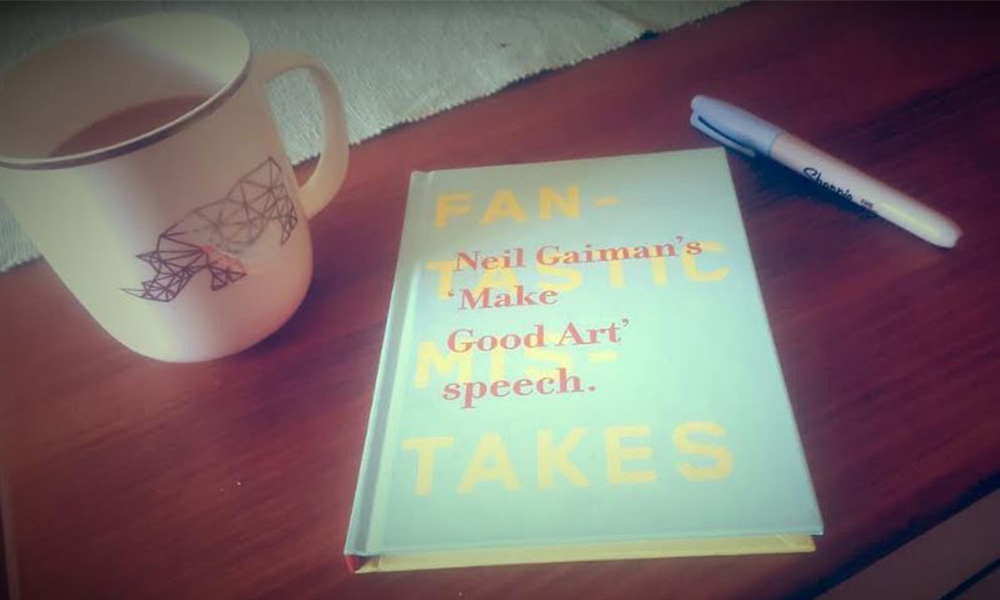 This book is for anybody who is looking around and thinking now what? And I have this moment a lot. Neil Gaiman’s Make Good Art and Fantastic Mistakes takes the pressure off. This was a commencement speech that Gaiman gave at the University of the Arts in Philadelphia back in 2012. Legendary graphic designer Chip Kidd did the layout. 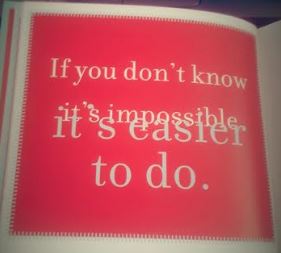 Whitney Cummings, comedienne, said that she was so lucky to have an opportunity to get good before YouTube. She was doing stand up for 8 years before she got her first real break. Today your first try will probably be on YouTube. And Neil echoes this.

On achieving your goals

In some cases people want the glory without putting in the work. There is no such thing as an overnight success. As Neil Gaiman says, “There are things you have to do before you can get to the place you want to be”.

Gaiman wanted to be a writer (mountain) and everything he did moved him closer towards his goal (mountain). And sometimes this meant turning down high paying jobs.

“I got out into the world, I wrote and I became a better writer the more I wrote, and I wrote some more… and they paid for it, or they didn’t”

On doing things for the money

Gaiman quickly learned that doing things for the money usually resulted in failure and not getting the money. Of course you need to pay the bills, but money can’t be your main motivation.

SEE ALSO:  Why you are not making money from your blog

“If I did work I was proud of, and I didn’t get the money, at least I’d have the work”

On success and failure

Creating good art requires a thick skin and dealing with failure allows you to learn.

“If you’re making mistakes, it means you are out there doing something”

And once you’re successful, the problem of success is learning to say no. Make your art and do the stuff only you can do. Because the world needs more of that.

Read this if you’re not sure if you are on the right track and need some inspiration. Each time I read it, I find something new. Also check out this awesome illustration of the beginning of Make Good Art by Zen Pencils here.

[Tweet “If you don’t know it is impossible, it is easier to do – @NeilHimself “]

Watch the commencement speech below: