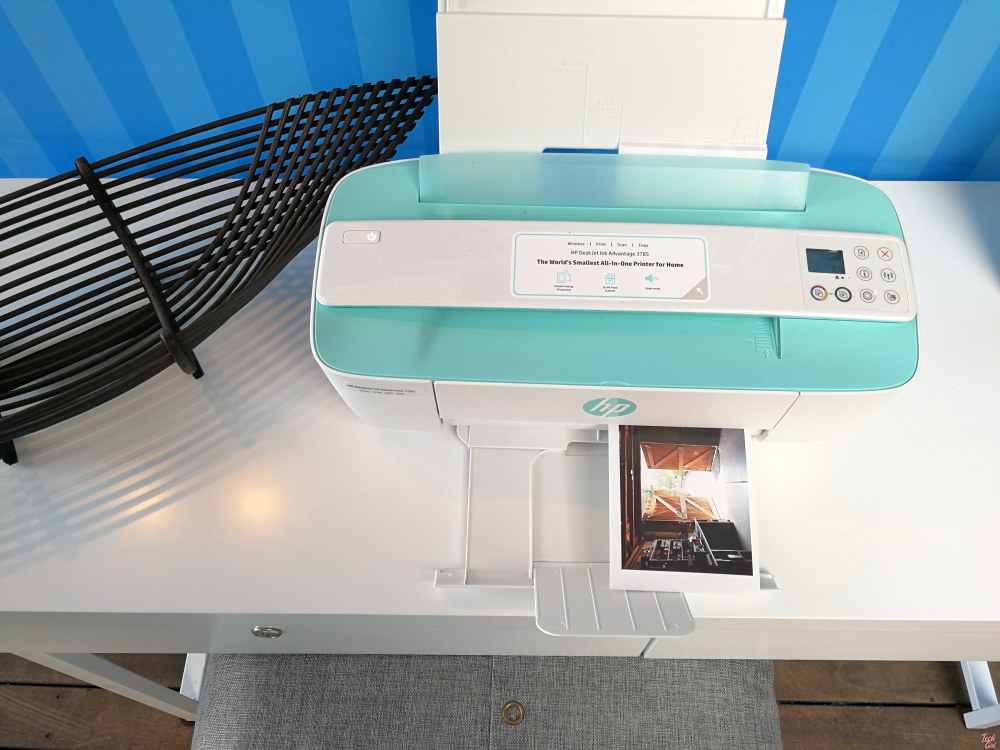 3 Reasons I need a printer at home

I’ve been self employed for two months now. Transitioning into working from home is different. There are a lot of things you didn’t realise you’d need to take into account. The serious admin stuff is the obvious one. Starting your own little business means you need to fill in supplier forms and email out signed documents on the regular. When you’re in an office you’ll likely abuse the company printer for these documents but when you’re at home you need to get those things done without the ability to use office supplies. The cost of doing this at a printing store doesn’t make smart sense. 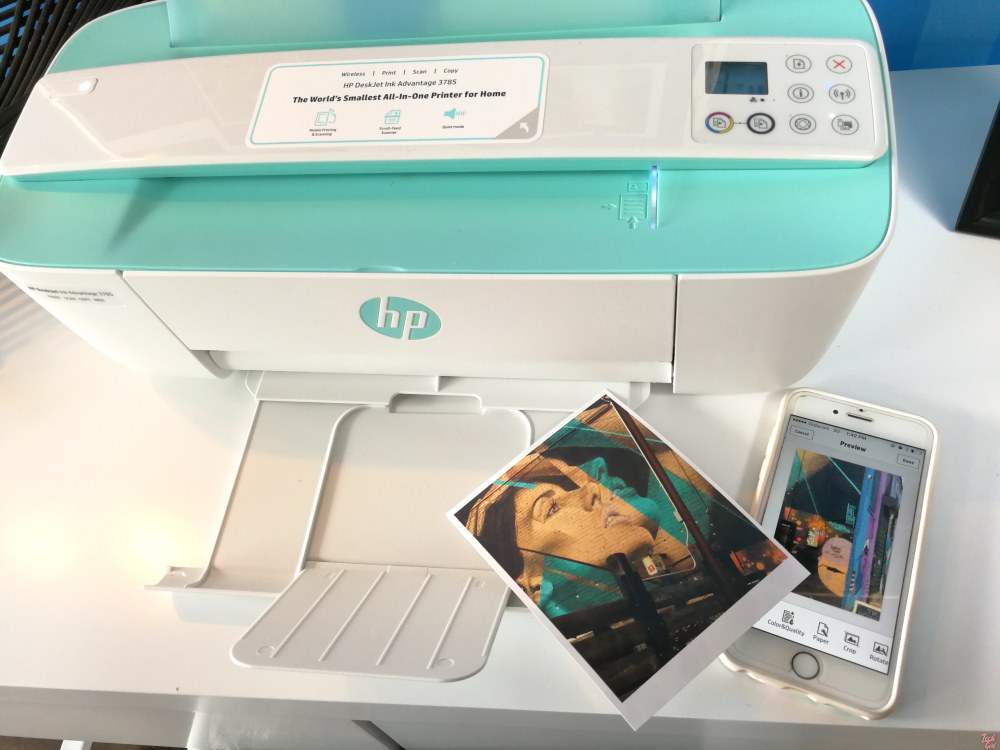 That’s just one reason why you need a printer at home. I didn’t realise there were so many others until I was introduced to the HP Deskjet Ink Advantage 3785 printer. This glorious little device made me reason there are so many other reasons as well.

Here are 3 reasons I need a printer at home and why you might need one as well. 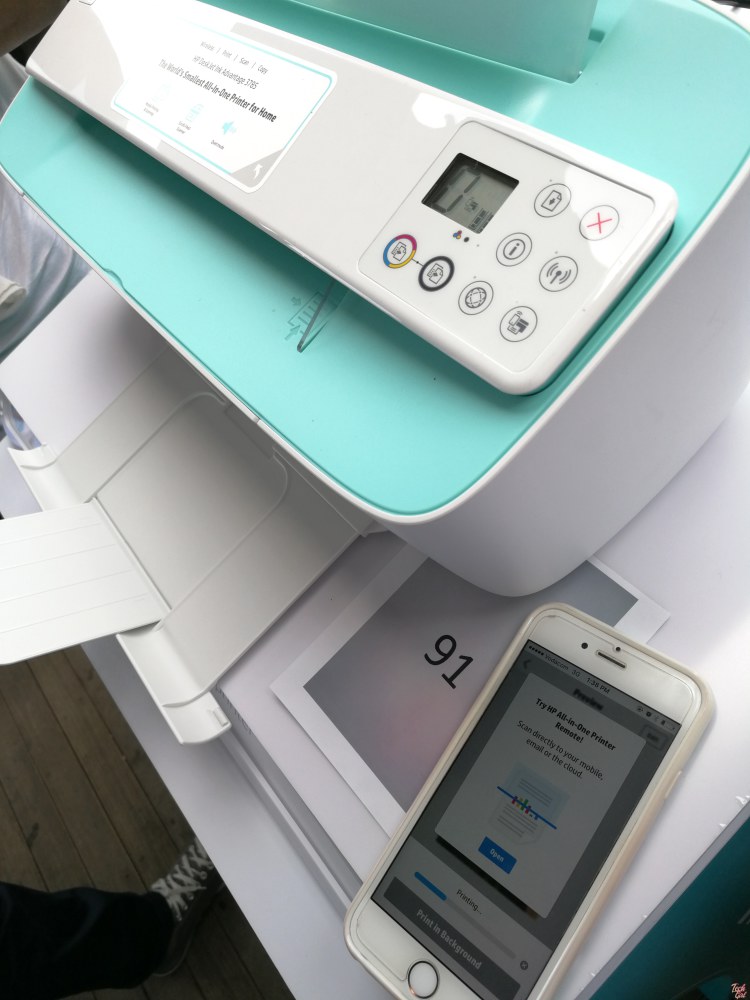 Whether you’re running your own hussle from home, are currently in university or have a day job: having a printer at home is going to save you time and money. It is far easier to just print off what you need when you need it rather than worrying about getting to work early to do your admin or standing in those university queues with your coins to pay for your prints. One of the things I dig about the HP Deskjet Ink Advantage 3785 is that it is really designed with your time in mind. You’re able to download a multitude of apps to your smartphone or tablet including the HP All in One Remote, HP ePrint or the HP Snapshots. You’re able to print whatever you need direct from your device rather than having to start up your laptop. 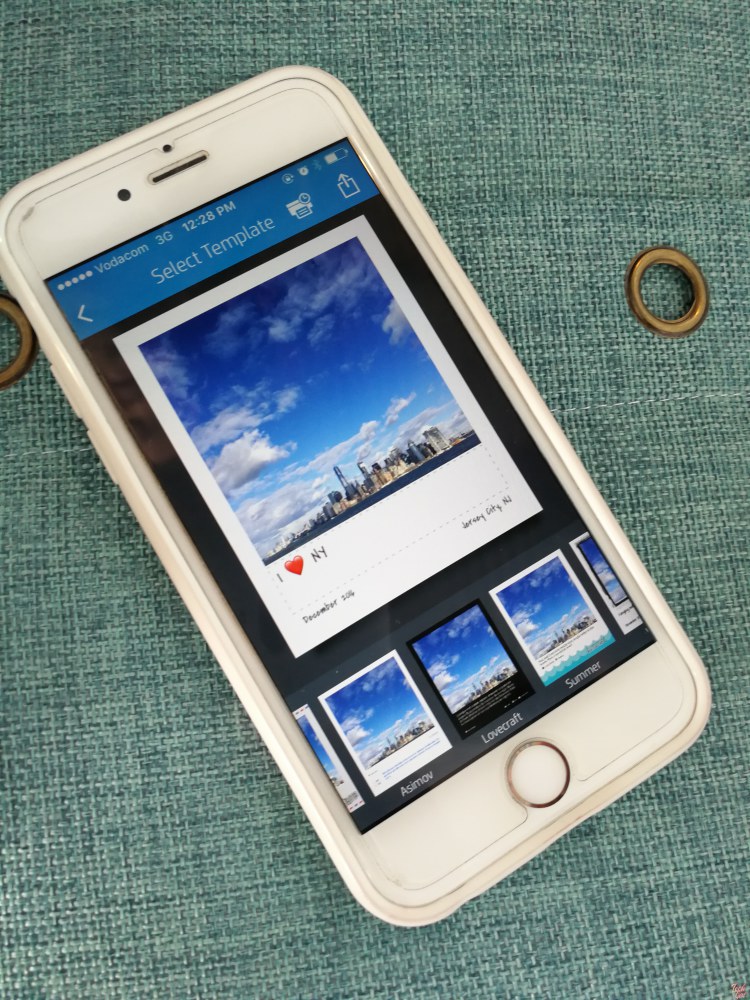 The apps connect directly to the printer so you won’t need to be blowing money on data (only to download them) and you can print what you need when you need it. This new printer from HP is also an all in one offering meaning you can also scan and copy with it. So you’ll be able to get whatever you need done quickly. Print the form, sign the form, scan it back in, send to phone and email off. All while enjoying a glass of wine and not having to turn your computer on. Easy as! 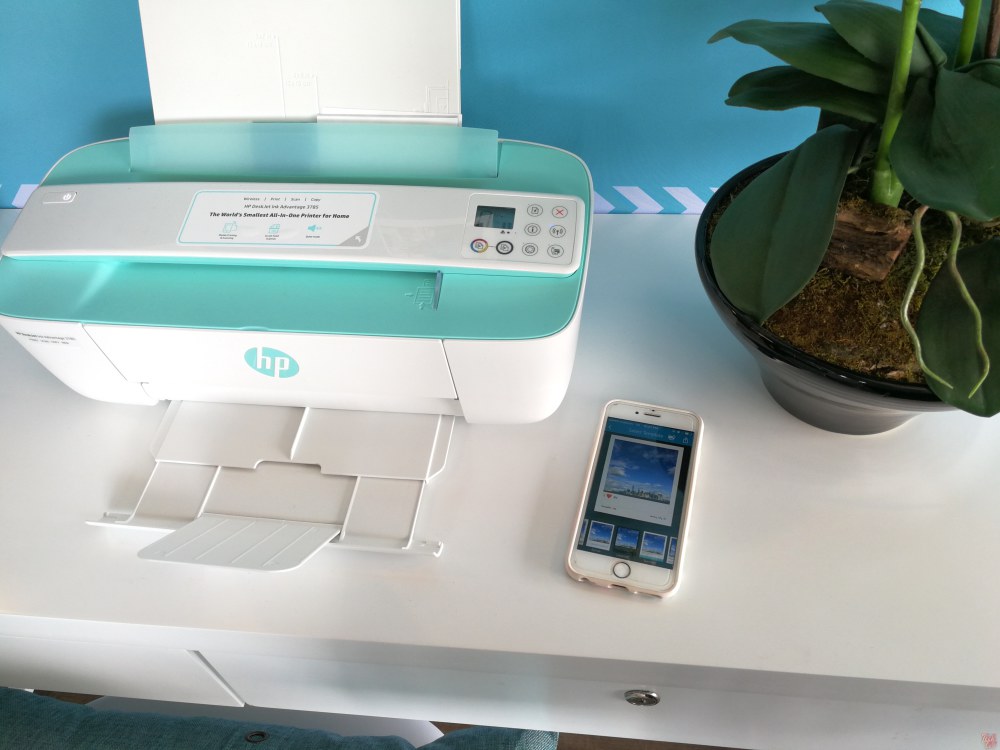 This is a bit of a funny one.

The reason I need a home printer is to make me look more productive? Really Sam?

Well yes okay. The reason I avoided printers at home at all costs was because they’re just ugly if we’re blatantly honest. They’re big and bulky. They take up too much space. If you don’t have a home office and rather utilise your kitchen table (like me) where would you actually put it? But then you get this little gem and realise you had nothing to worry about. The HP Deskjet Ink Advantage 3785 is the world’s smallest all in one printer. It is small and weighs less than 3kgs. This is a big plus for me because it means I can move it around easily enough and when it comes time to move out of my current space it will be easy enough to pack up and take with me. 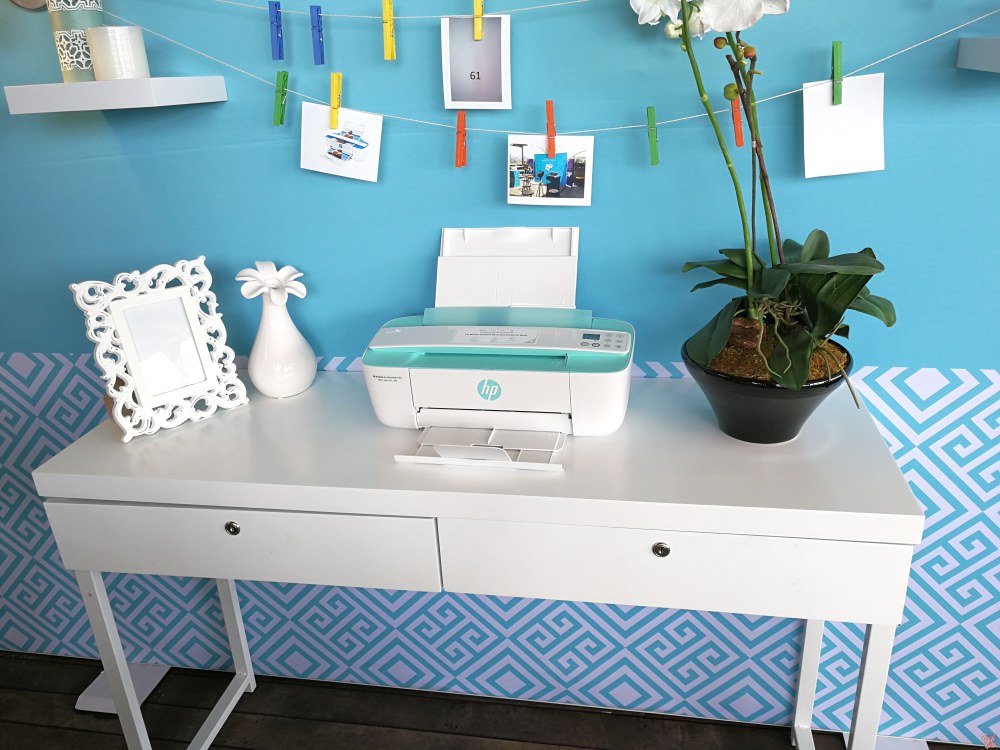 I also love the design aesthetic on this printer. I’m a sucker for pretty things and thought the Seagrass finish was a fantastic touch to the printer because it means it doesn’t look out of place in my house. In fact the colouring makes it a pretty addition rather than an eyesore. I can imagine for a university student in digs this is ideal. It looks good and you can carry it round when you need to go home for the holidays without too much hassle. 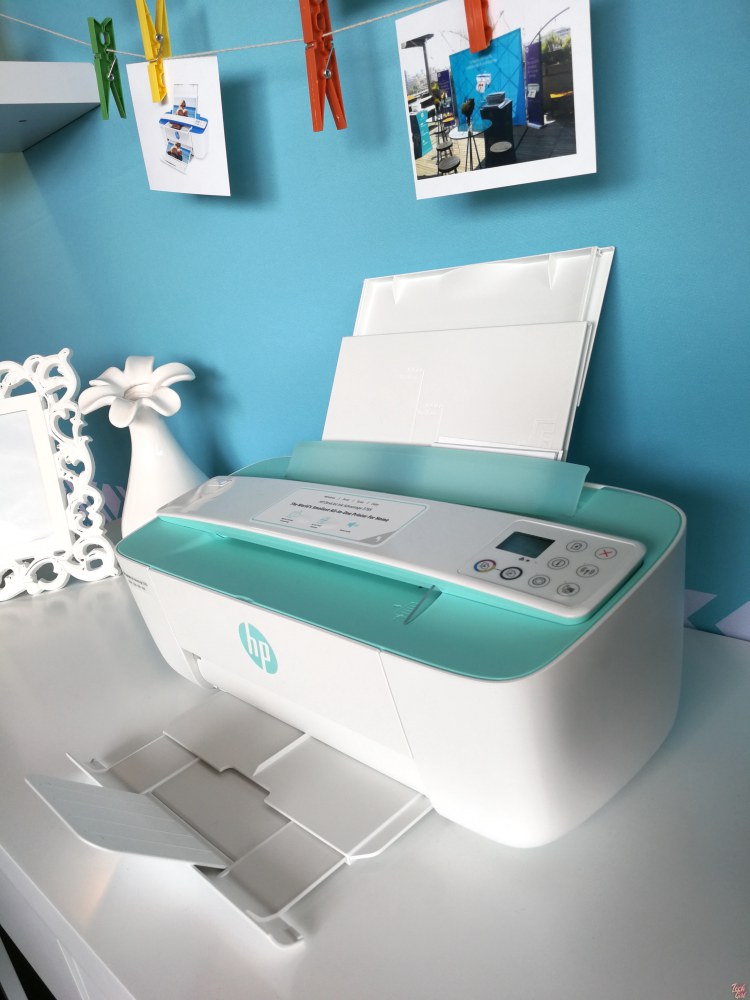 We live so much of our lives online. It is weird when you think about it. My current place has a total of one photo in the entire space. We haven’t really made this nest ours. The thing is, printing photos is not a cheap exercise. Its costly. Saving photos to print later takes up far too much memory on my phone or laptop so, once I’ve posted them to social media they tend to get deleted. The truth is I want to start building a space where I can record the amazing adventures I’ve been on and people I’ve met. I want physical copies of these memories. The HP Deskjet Ink Advantage 3785 allows you to do exactly that without having to splurge on giant printing costs. You also won’t need to save all the photos. Via the HP apps you’re able to print directly from your social channels such as Instagram and Facebook. The quality is really impressive and you can build that memory bank easily. 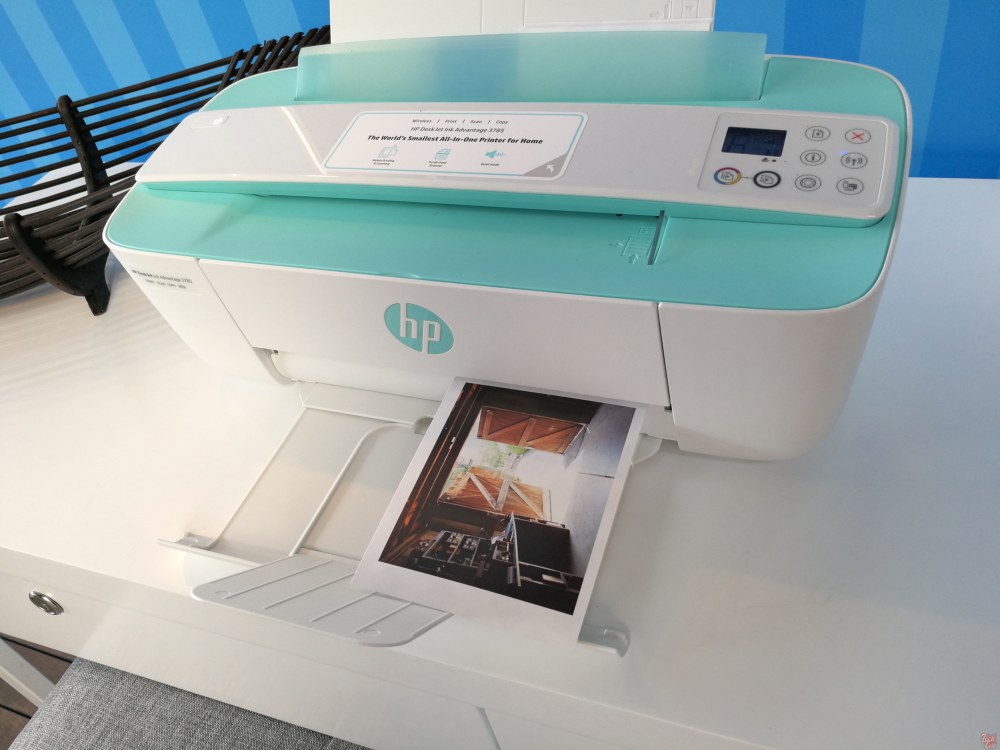 The printer costs R1399. That’s less than a smartphone. It is small, beautiful and affordable. It has also done enough to potentially be added to my reasons I need a printer at home: just to have this baby would be rad. Its the way printers should be for me. You can find out more about the printer here (including where to purchase your own).

Disclosure: I was given an HP Deskjet Ink Advantage 3785 to test out. It isn’t mine to keep.