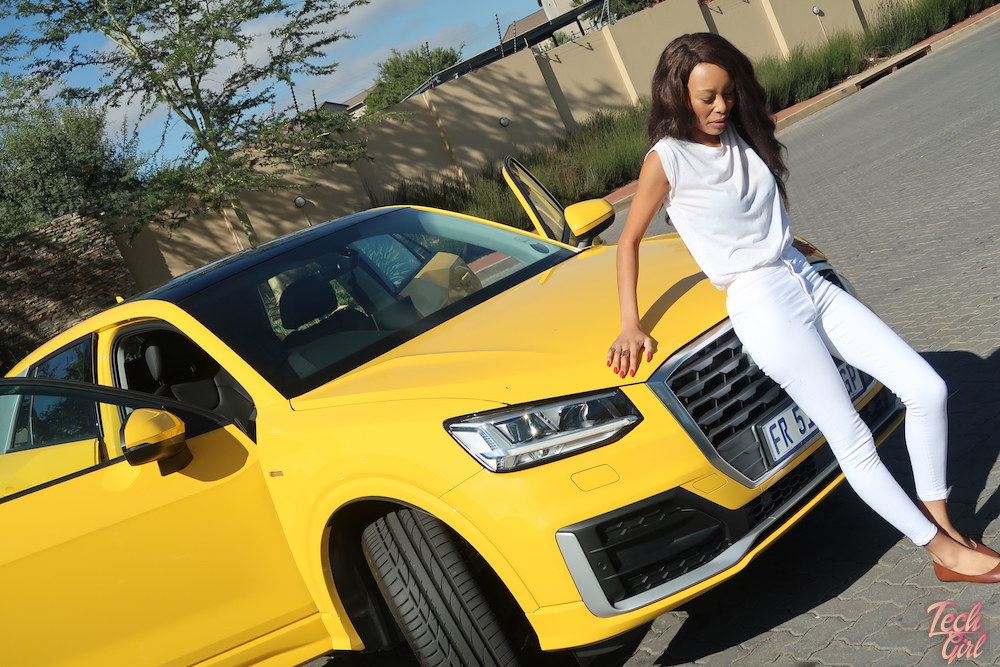 Some pictures in this post were courtesy of Master Pic Photography

It is always rather rad when I get to do something fun courtesy of this little blog. Last week was no exception – I had the chance to drive to Harties (a rad spot in Gauteng) with Nasty C. If you’re not part of the cool crowd you likely don’t know that Nasty C is kind of a big deal. He is a South African rapper blowing up in the local music scene. He recently won Metro FM’s Best Newcomer award.

Before I get to the car, let me share some insight in to Nasty C for the fangirls 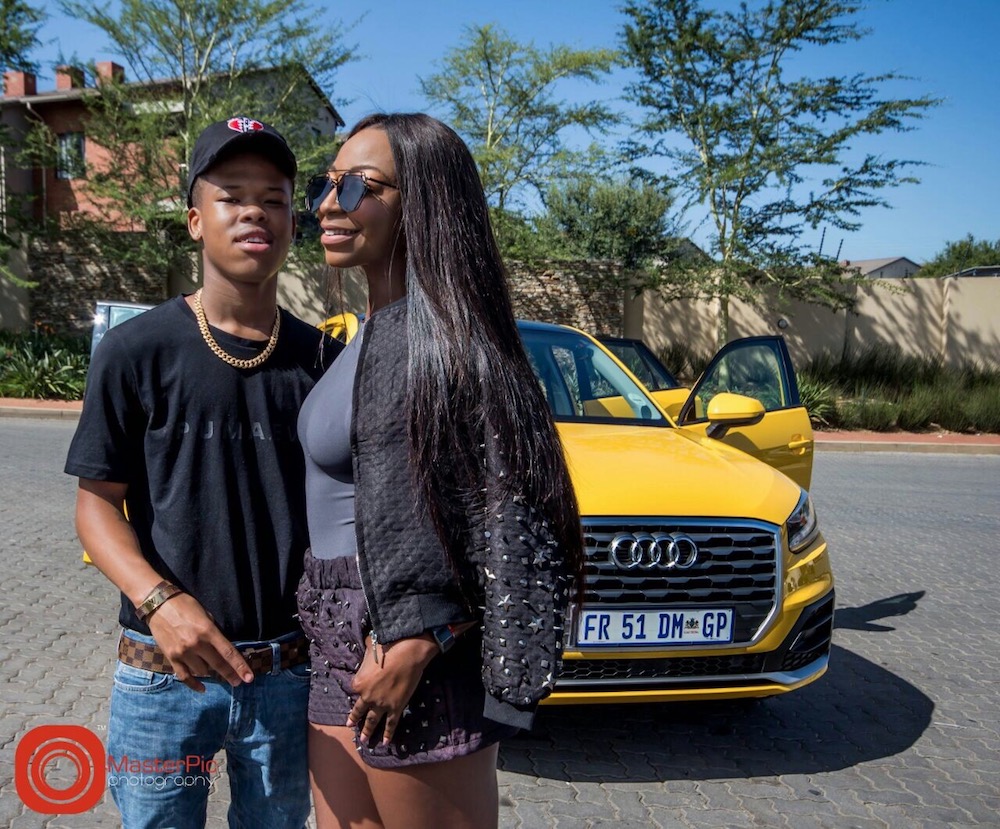 I’ve worked with hip hop artists before on various campaigns and activations. For the most part they’re not that great. They arrive late, they’re loud and they’re difficult. There is a lot of hype and flash that comes with them. They have no interest in even remembering my name, nevermind chatting to me on any sort of level. If you aren’t somehow ensuring they get more air time or boosting them in someway they couldn’t be arsed. 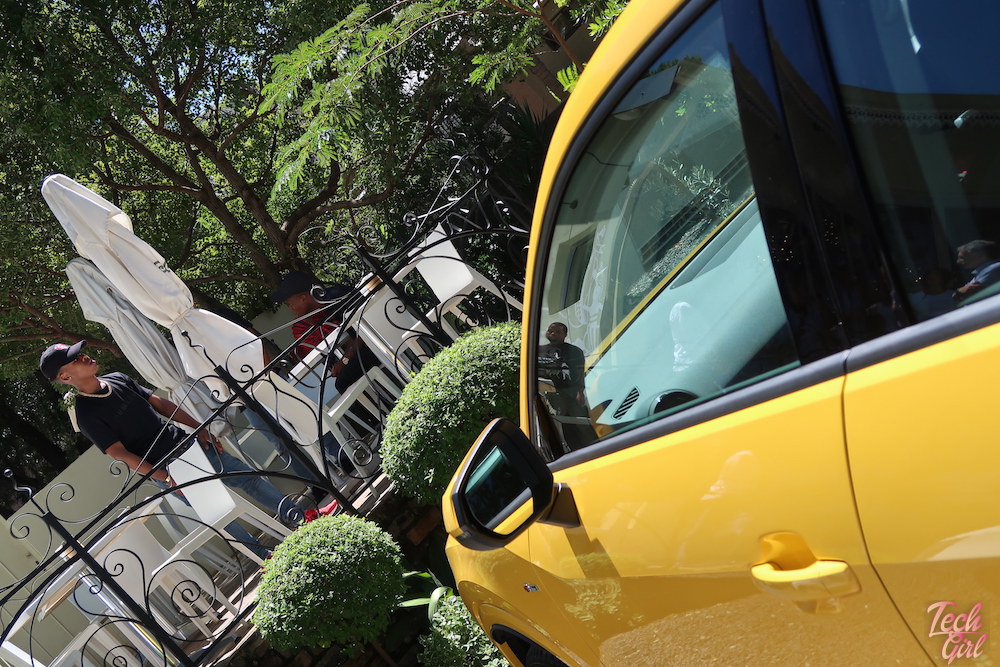 Granted, he did arrive late for call time the morning of. But in all fairness he’d been launching three new singles at some super fancy event the night before. So I’ll let that slide. Outside of that he was not at all what I was expecting. We had an hour driving together. He was extremely soft spoken, polite and so incredibly humble. There was no flash or over the top exuberance. While I’m pretty sure he still doesn’t know my name, he still took time to speak to me and just generally be a nice human. He was just a really down to earth guy which impressed me somewhat. He also let us listen to a new single he is working on while we were driving. As yet untitled and incomplete it was really a beautiful track. The lyrics were honest and true. Focusing on the difficulty relationships go through when you’re thrown in to the spotlight – I really enjoyed the track. He spoke openly about how his success has been incredible but also had a negative effect. I really enjoyed what he had to say and he has a new fan of his music now.

But seriously, the car 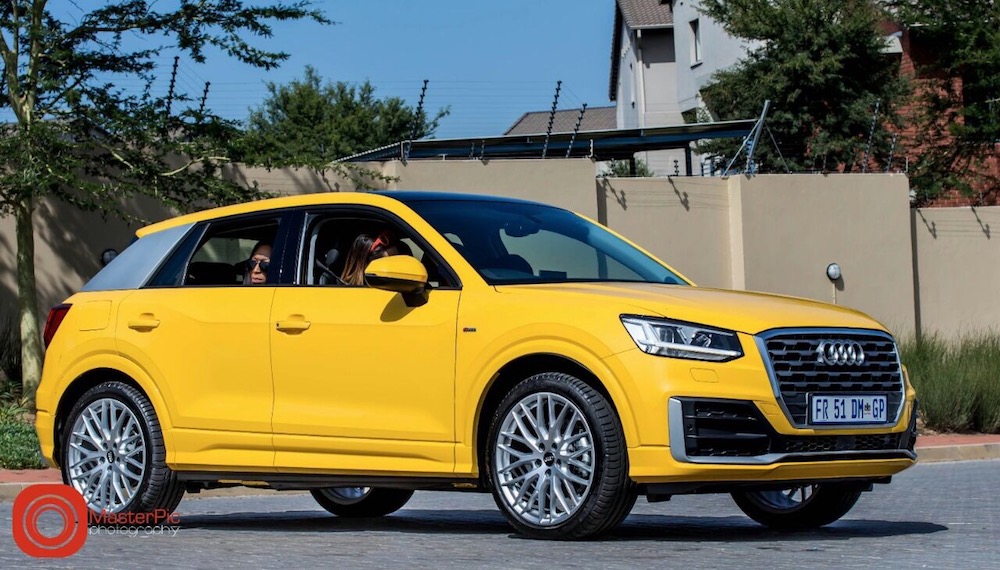 We were some of the first to drive the Audi Q2 in South Africa. You’ll recognise it from the #Untaggable campaign doing the rounds online. For a refresher:


So why is the Audi Q2 #Untaggable? Well for starters you won’t bee 100% sure if it is a coupe or an SUV. It has a strong city vibe but is actually Audi’s entry level SUV. Its being targeted at a much younger market and has petrol and diesel derivatives. There is also a Quattro all-wheel drive option available. It is the smallest and cheapest SUV on offer from Audi but at a price tag over R400 000 best you be ready to drop some cash.

The car has some rad customisation features. There are a stack of vibrant colour options to choose from and select trims. The interior is very similar to that of the A3 but you can funk that up a bit too with various colour material changes. The interior consists of a mix of plastic and leather with some funky coloured brushed aluminium finishes. I felt like there were some design elements that seemed MINI Cooper inspired but that might just be the “youth” angle they were going for. There is lots of space for the driver and passengers. 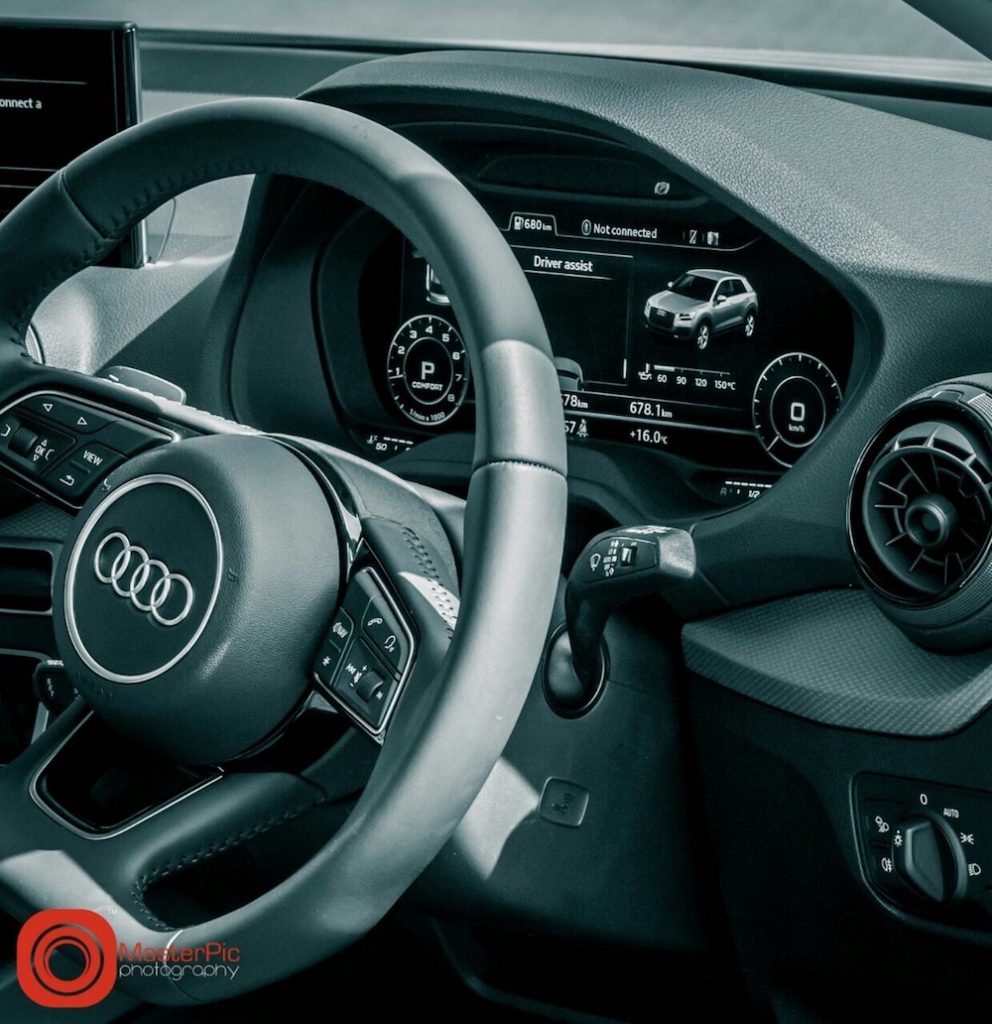 There’s a 17″ pop up infotainment screen that you can control with a dial and some buttons near the gears. It is really easy to work through but get used to it before driving so you aren’t busy fiddling with the middle console while on the road. There is also an option to include a Bang & Olufsen sound system in it. Fancy! 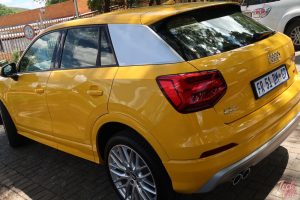 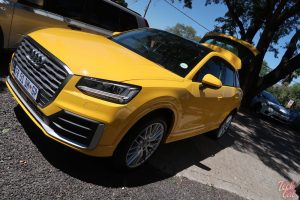 I like that it the Audi Q2 sits off the road a bit. I’ve mentioned before that I don’t enjoy feeling like I’m on the road but rather a bit above it. The SUV type feel comes in to effect here. It sits a bit higher on the road which is nice. It also feels much bigger than what it is which is cool. I found the breaking to be a bit sharper than I’d like and the steering felt like I was wrestling a bit with a big bear. However, when the engine roars on pull off and speeds away from an intersection it is pretty damn fine. Cornering could have been sharper for my liking but for the most part – it is a really great drive and exactly what you’d expect from Audi and their German design.

It is a great vehicle but I’m not sure I’m ready to drop that price just yet. You might be.

I’ll have a video of my time with Nasty C up on YouTube soon so be sure to subscribe to the channel so you don’t miss it. 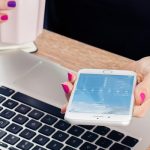 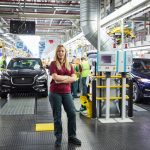 Enough with awkward stock photography of women in engineering