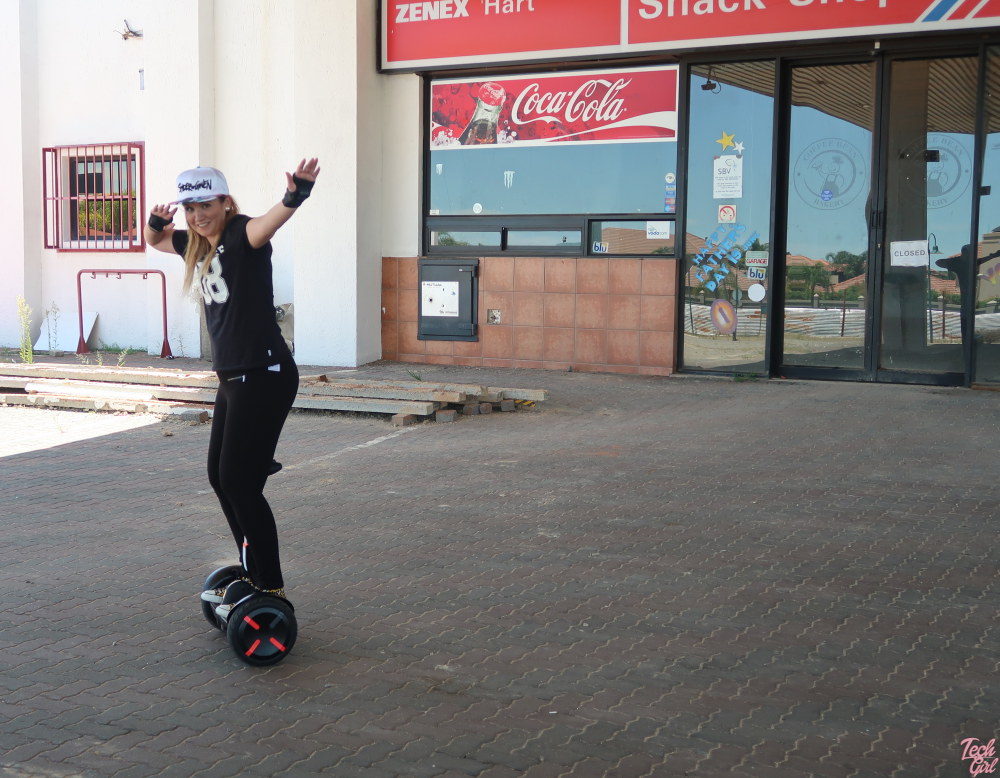 The easiest hoverboard to ride – the Ninebot Mini Pro

I rode a hoverboard two years ago at rAge. I hit the concrete floor twice and that was just getting on, never mind attempting to get on. That board was vicious and unforgiving. So, when I got sent the Ninebot Mini Pro to try out I’m not going to lie, I was somewhat terrified. So much so that I added the wrist guards that I was given just to be on the safe side. I’m a badass so I decided to not wear the helmet and kneepads.

I didn’t need to worry though 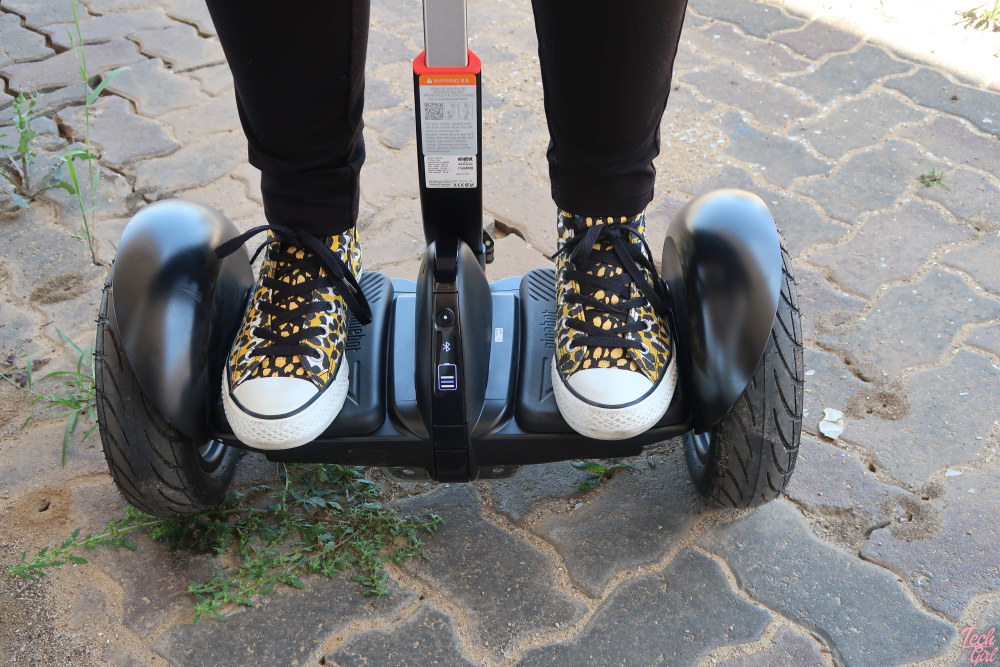 So a few things about the Ninebot Mini Pro that make it rather rad. For starters it has far bigger foot pads than hoverboards I’ve seen. It is also self balancing and actually really sturdy when you switch it on and climb on it. It has a beam in the middle of the two foot pads which resembles a unicycle. The beam can be adjusted to suit your leg length and should sit just above your knees. When you get on you don’t touch it but once you start riding you grip it and simply add weight to the direction you want to go.

The Ninebot Mini Pro adapts to your riding style 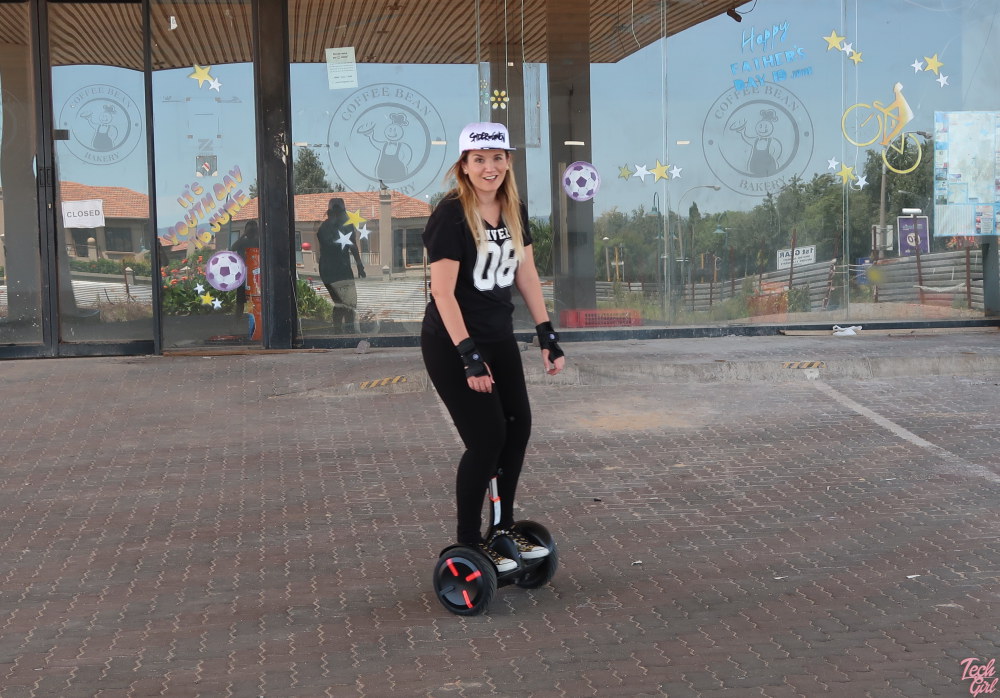 Utilising an algorithm the Ninebot actually adjusts accordingly which is pretty rad. This means that it stays slow when you start and once more comfortable and balanced steadily increases speed. It can reach up to 30km/h which is kind of cool. Once I’d got the hang of it and was whizzing around I put my housemate on it. It immediately was slower to react to her. I really like that it picks up your ability and goes from there.

It connects to your phone via Bluetooth 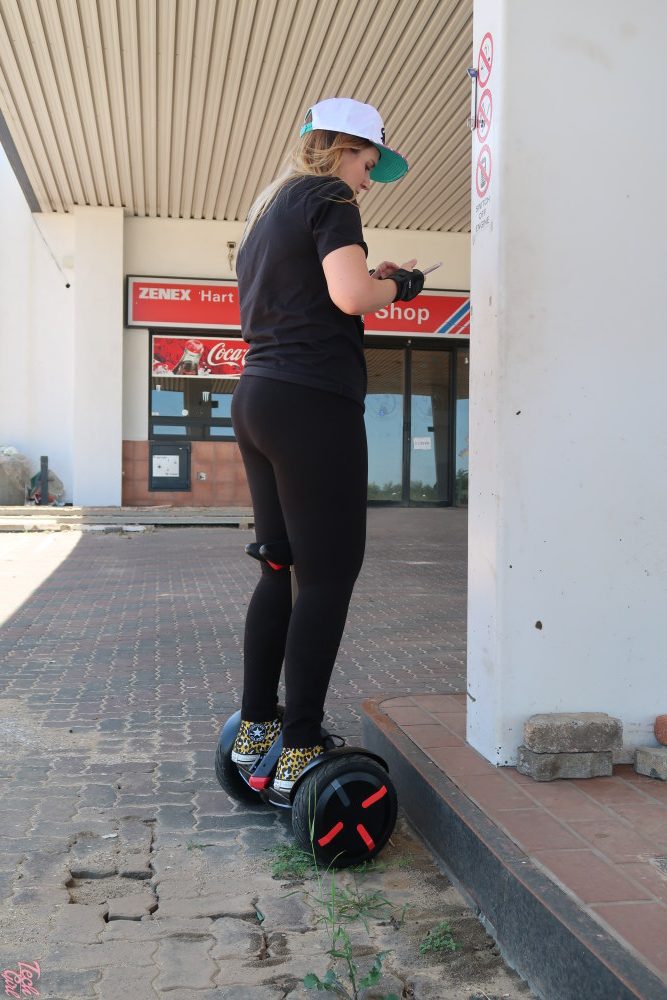 Once you download an app to your phone you can connect it to the Ninebot Mini Pro. This is actually rather fun because it allows you to change the colour of the lights on the ride (it has automatic break and turning signals as well adaptive lighting depending on what time of day you ride it) and also to view your stats like speed, ride time and distance. The app also allows you to control the Ninebot Mini Pro remotely which is fun… but not as fun as riding it. 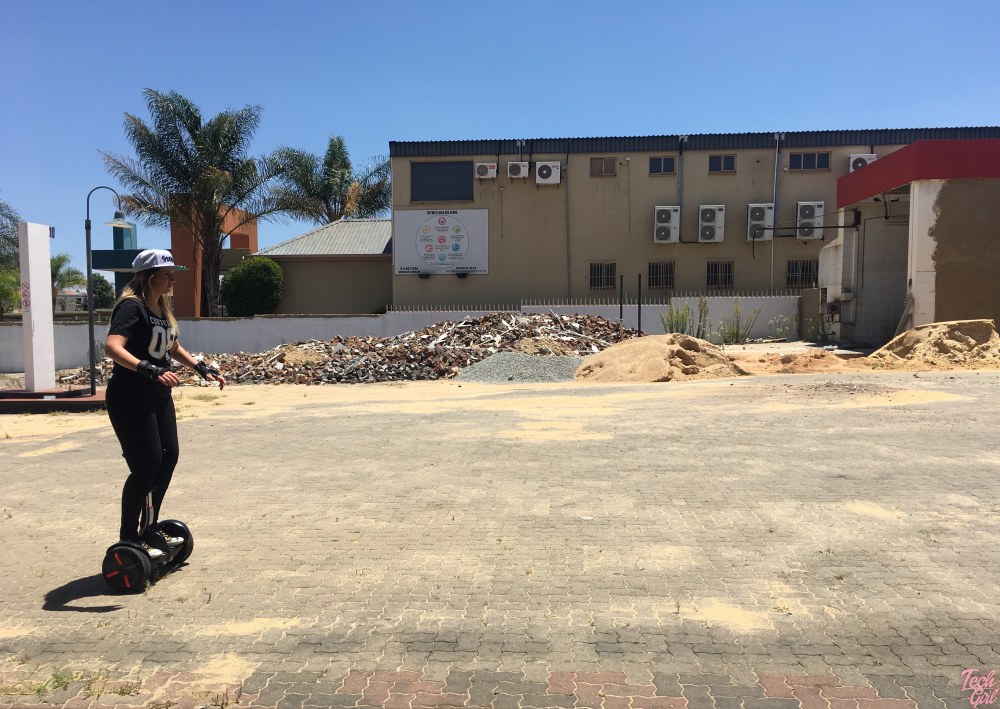 The battery lasts really well. In Asia lots of folks use these as a their primary mode of transport so it makes sense that the battery lasts a full day. Getting it around when off is easy enough as it has a retractible hidden rod that you can pull up and pull the beast around. I say beast because it also happens to have rather big tyres. These keep it higher ground clearance but also offer better shock absorption.

There is a video of me messing around on the Ninebot on my YouTube Channel. You can watch it by clicking here. 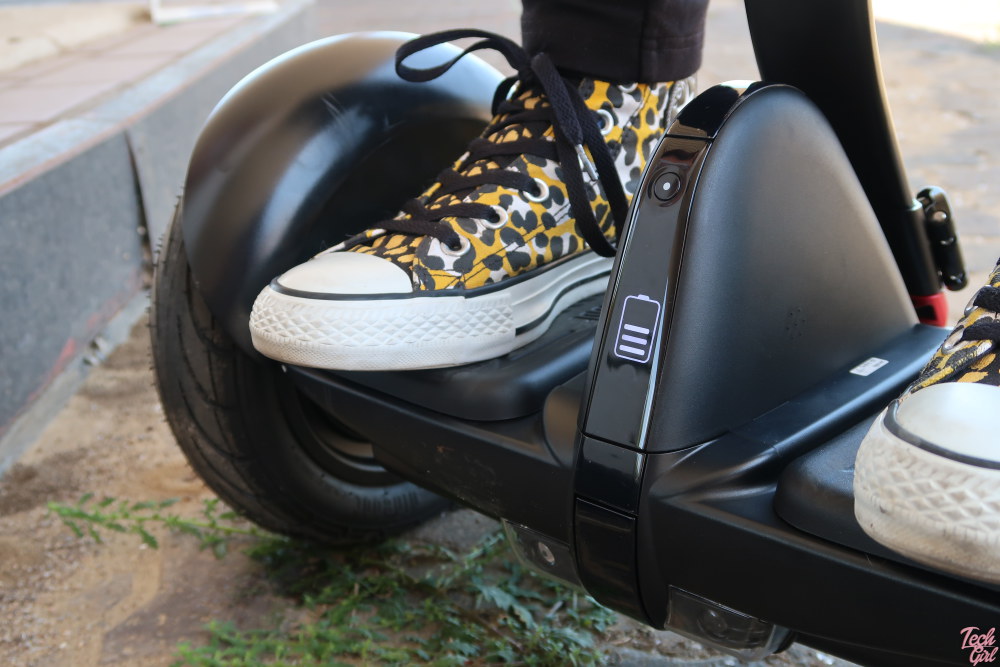 Bottom line? This baby is designed as a primary mode of transport. I imagine if I was in London or New York I’d whizz around happily and save on underground fare. Unfortunately, I’m not in a big city which means other than a few afternoon giggles and possibly a ride to the nearest garage for some milk I’m not 100% sure it would be worthwhile to own one. Especially when they cost R9 999. You can purchase them from the iStore, Incredible Connection and Xiaomi Africa online.

I think if I lived in Cape Town I’d be seriously swayed to purchase. Unfortunately the truth is: while I desperately want one, I’m just not desperate enough to part with 10k. If you are though, buy this baby. Also, it won’t explode on you while charging. Bonus.

Disclosure: I was given the Ninebot Mini Pro to review. I had it for a week and then they took it back. I cried. 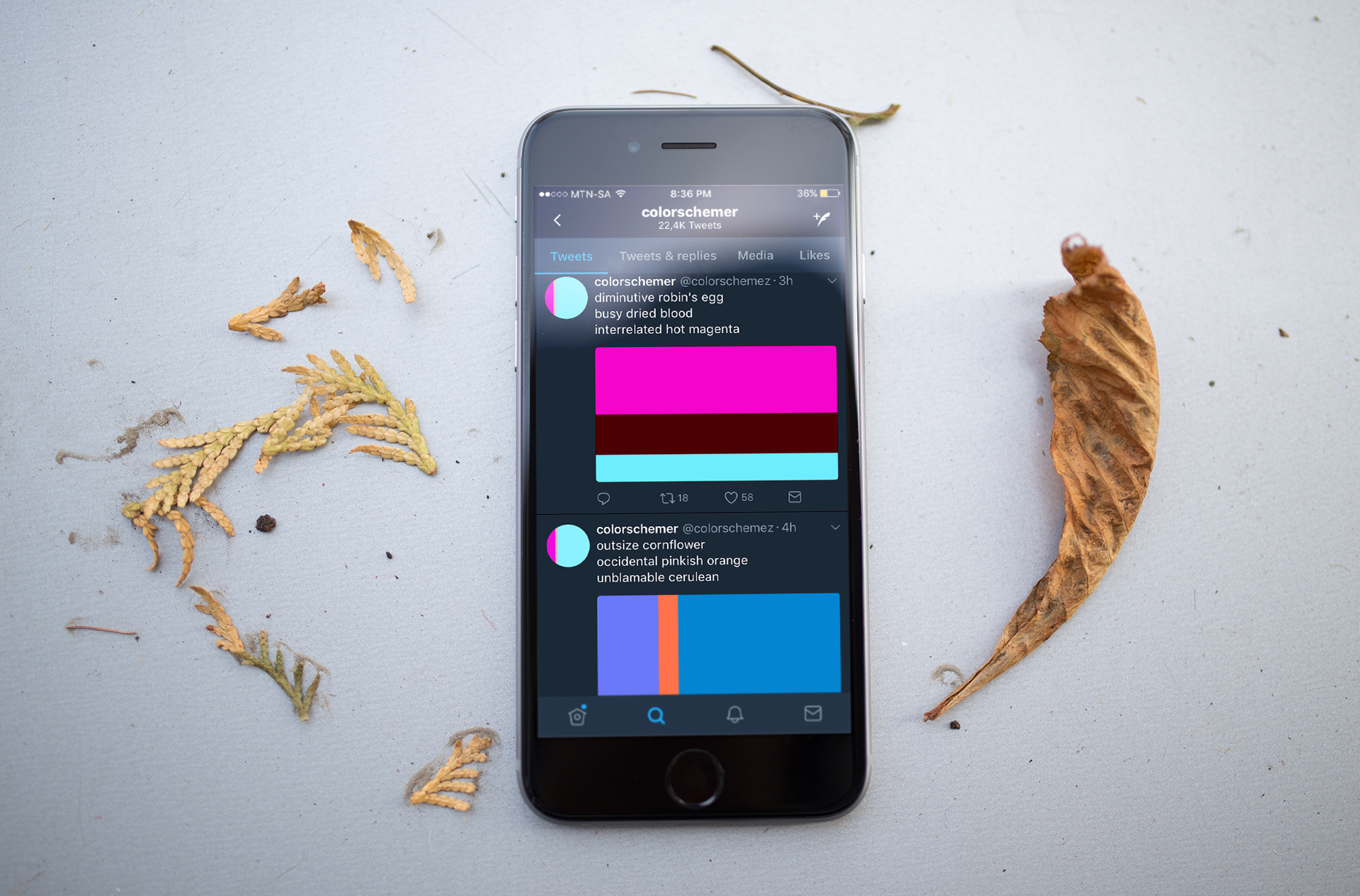