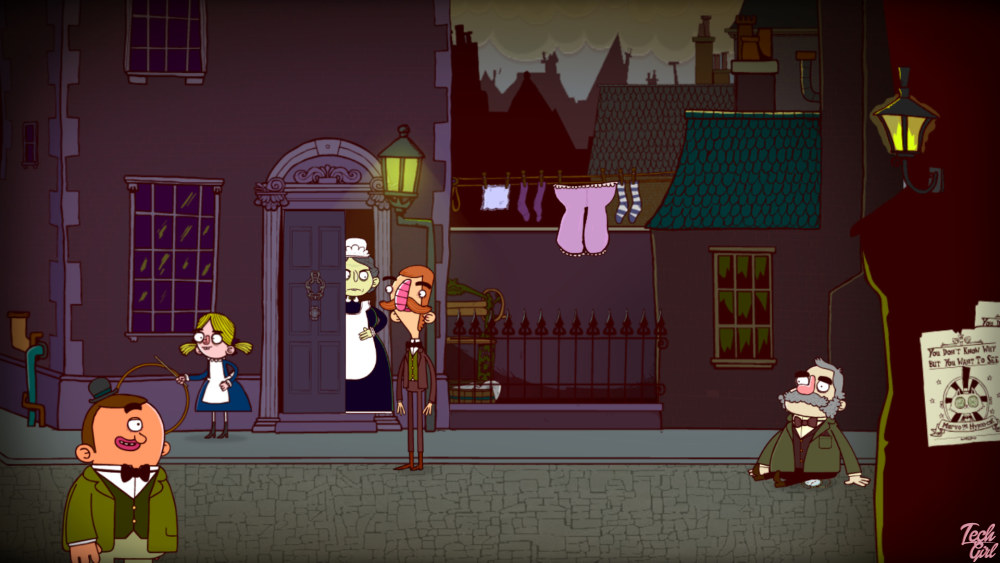 Games on the go : The Adventures of Bertram Fiddle

It’s not often that I just sit down and play a casual game just for fun anymore.  Don’t get me wrong, it’s not that I don’t game for fun, it’s just that when I’m in front of my PC I either want to play a game with friends or a game that’s going to completely immerse me in its world.

And for the most part, I really, really don’t enjoy mobile games.

So it’s a rare occasion that I will just lie in bed and play a game on my phone or iPad, well until The Adventures Of Bertram Fiddle came into my life and onto my iPad that is, pushing sleep and fun with friends right out the beautifully drawn, Victorian window.

The Adventures of Bertram Fiddle is an episodic Point-And-Click, Comedic-Murder-Mystery game. So far only Episode 1 is available, but it’s a fantastic start. 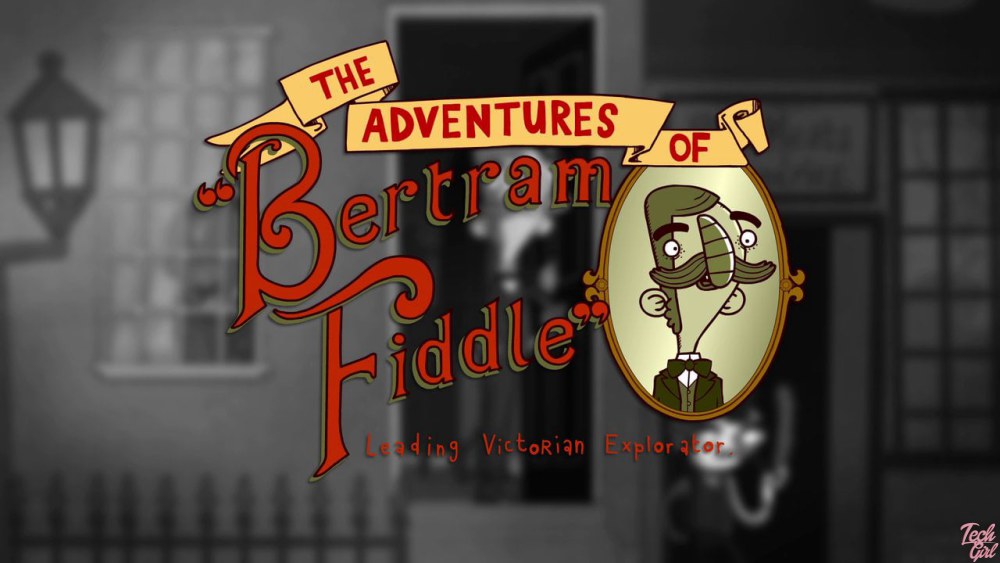 Now I’ve always loved inventory puzzle games, a love that started way back when the original Kings Quest games were still being released. But then at a stage, I just stopped playing them as much as I used to. Part of the reason why I stopped was because, as I said, I started playing games with friends more than gaming alone, but another reason why was because they stopped bringing out Point-And-Clicks that stood out from the crowd and excited me.

So when I saw the trailer for The Adventures of Bertram Fiddle, a game set in a comical version of Victorian England, I was instantly intrigued and when I saw that it was available on mobile devices I was sold.  See, since I got my very first smartphone I’ve always thought Point-And-Click adventures are the absolute perfect game for mobile, you get to experience a game that that’s just as smooth, polished and complete as any other, but from the comfort of your bed, car or the post-office queue.

You play as Victorian ‘explorator’ Bertram Fiddle and his Cyclops sidekick Gavin as they set out to catch an infamous murderer and find Foofy, the missing dog.

Now firstly I want to say that the voice acting, witty dialog, and silly characters are AMAZING and where most of the charm of the game come from. 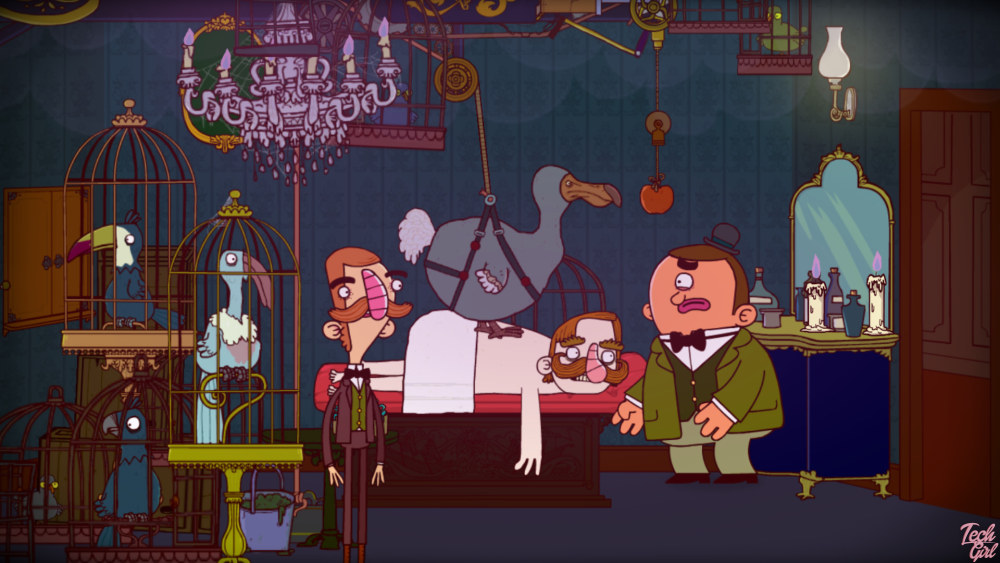 The game is very humorous, reminding me a lot of its predecessors Monkey Island and Lara Bow. It’s an experience filled with puns, sexual innuendo, and adult humor, also did I say puns?  Because there are so so so many puns.

Although it reminds me a lot of the Point-And-Click adventures of yore, it definitely has its own style and feel to it, as well as being considerably easier. It really is a ‘casual’ adventure, one that doesn’t require you to sit and think for long durations of time about how to solve the puzzles and instead keeps you entertained by the constant flow of story, cleverly written dialog and puns along the way.

The game delivers about 2 hours of quirky fun that will have you chuckling to yourself while you play.

While the game is available on PC as well, I think it’s much more suited for mobile play, the way you interact with your world and items just feel perfect on mobile. It’s also really fun to have a mobile game that still has substance and is worth my time to play.

This is the type of game you can play on your own or with your children, the puzzles are easy enough, the game is interesting enough and the adult humor is subtle enough to make it a fun, refreshing experience for everyone.

I really do recommend The Adventures of Bertram Fiddle to anyone who enjoys Point-And-Clicks and just wants to settle down for some, fun, lighthearted entertainment.

Now excuse me, I have a murderer to catch…