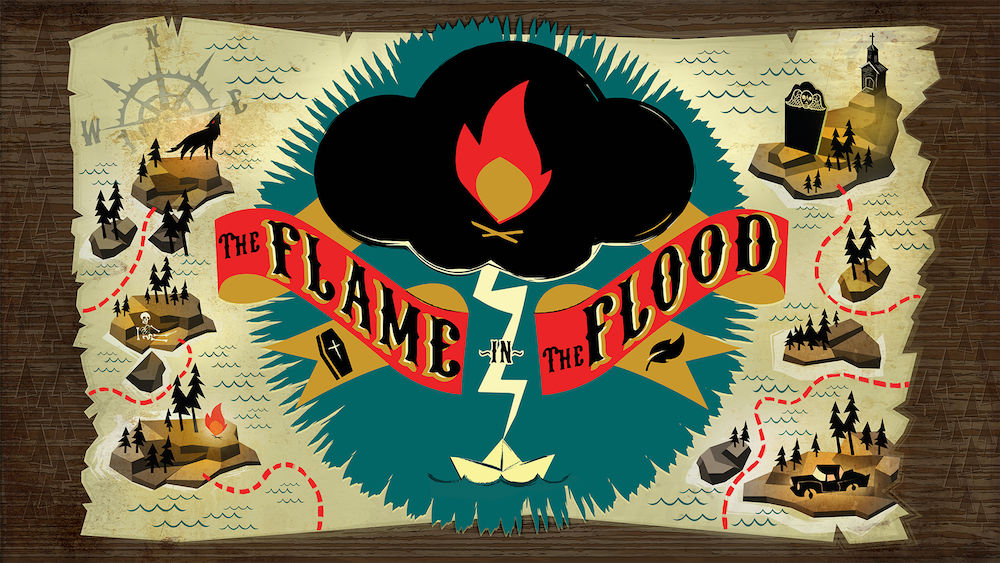 You Gotta Keep Moving… The Flame In The Flood

There is this one really simple rule in life and that is if you want to succeed you need to Hustle. You need to constantly keep moving forward because if you stand still for too long and you’ll drown. That has never been truer or more prevalent than when playing The Flame In The Flood. Standing still could quite literally kill you.

I first played The Flame In The Flood all the way back in 2015 when it was still in Early Access, and even then the game was amazing. It was one of those games that you could end up playing for days on end if you didn’t watch yourself. 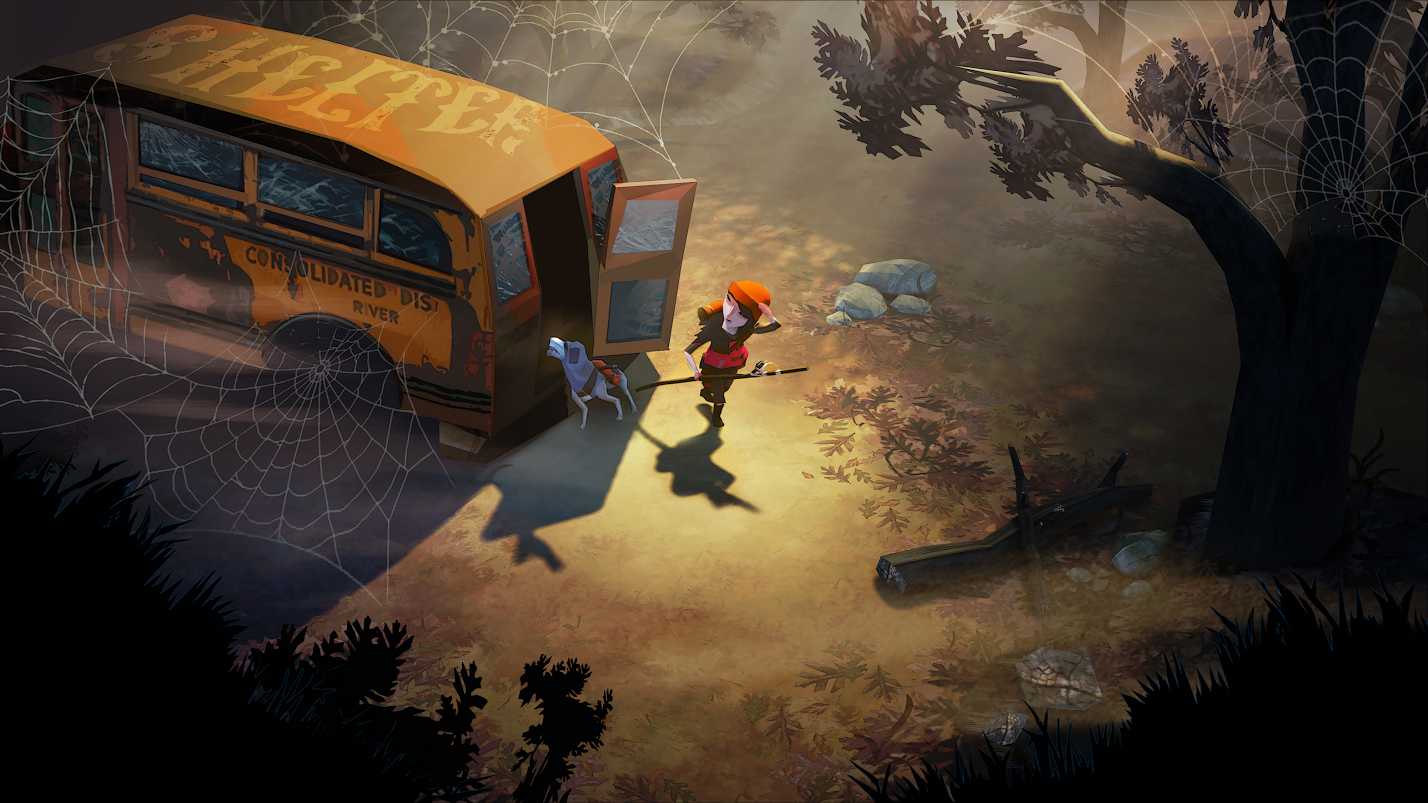 I think of this game as an adventure, river rafting, survival game. You are a young girl who is all alone in the world, joined only by a stray dog who happened to find you. Together you embark on a treacherous journey through a desolate America. You need to keep pressing forward looking for answers to what happened to the world around you, all while trying to stay ahead of the deadly floods that are looming.

Now, I really enjoy playing survival-crafting games, there is just something about having this characters whose whole life rests solely in my hands, that feeling of desperately struggling to just make it until sunrise, to make every single decision count, and to try and survive anything the world can throw at me that gets my heart pumping.

But I’m not overly good at them (I feel like I’m not overly good at most games actually) and one of the biggest reasons for that is that I’m flighty. I have this strange urge to keep moving, the moment I’ve stayed in one place longer than a few days I start to feel unsafe and angsty. In most survival games, however, moving around a lot and not setting up a proper base is to your own detriment.

This is until The Flame In The Flood came along and turned that whole dynamic on its head.

This is a survival game for people like me, if you’re not moving you’ve lost. You spend your time traveling by foot and by raft along a procedurally-generated river, stopping at abandoned landmarks along the way to search for fresh water and food, gather resources, craft weapons, and clothing, make medicine and get some sleep before continuing back along your river journey again.

The game originally launched with a Kickstarter campaign, which received such an overwhelming response that they nearly doubled their campaign goal.

It’s the first game brought to us by The Molasses Flood, a group of amazingly talented gaming veterans who worked on everything from BioShock and Halo to Guitar Hero and Rock Band to name just a few. So it really wasn’t a surprise that from day one the game just stood out from others in its genre and presented something fresh and adventurous.

It features permadeath in-game and a soundtrack by Chuck Ragan that you won’t mind dying to. But seriously, I don’t really care for country music at all but this, this is something special.

I love it when the soundtrack of a game highlights the atmosphere the game creates and makes every moment you spend in the world more special, and that’s just what this soundtrack does. I think one of the reasons you can so easily lose so many hours playing The Flame In The Flood is because of how the music just pulls you in and relaxes you during the most stressful river trip of your life.

As I said earlier, when I played this game it was still in Early Access and since then the game has been finished and officially launched. That lead to me receiving a copy as part of the Humble Monthly this month and playing it none stop since then. No other game has stood a chance.  It is, without a doubt, imperfectly perfect.

Have you guys ever played The Flame In The Flood? Do you enjoy survival games? Let me know in the comments down below. 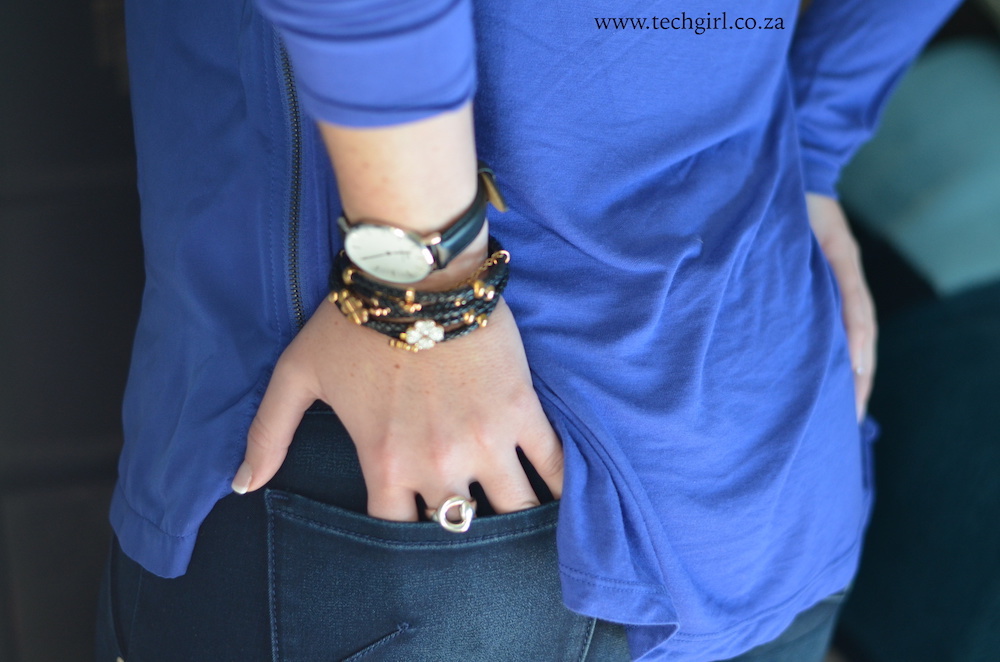