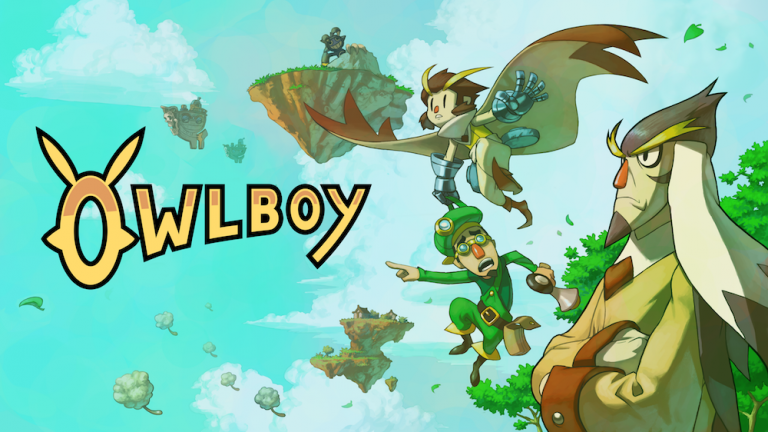 My Pick of The Month: Owlboy

If you read my Dropsy review, then you might have already picked up that I’m in a very ‘old school’ gaming mood as of late. I just can’t help it, something about these pixel-style games not only makes them really endearing but it also seems to make them focus a lot more on the story. Not having pretty shiny graphics to hide behind really does wonders for the art of storytelling.

Now while I enjoyed Dropsy it was also a 2015 title, and for today’s review, I wanted to talk about a game that is not only a newly released title but also my pick of the month.

Owlboy is a platform-adventure game by D-Pad Studio, it was released on the 1st of November 2016, and it has been in development for 9 years.  And you can feel the love that was poured into it over that time instantly. 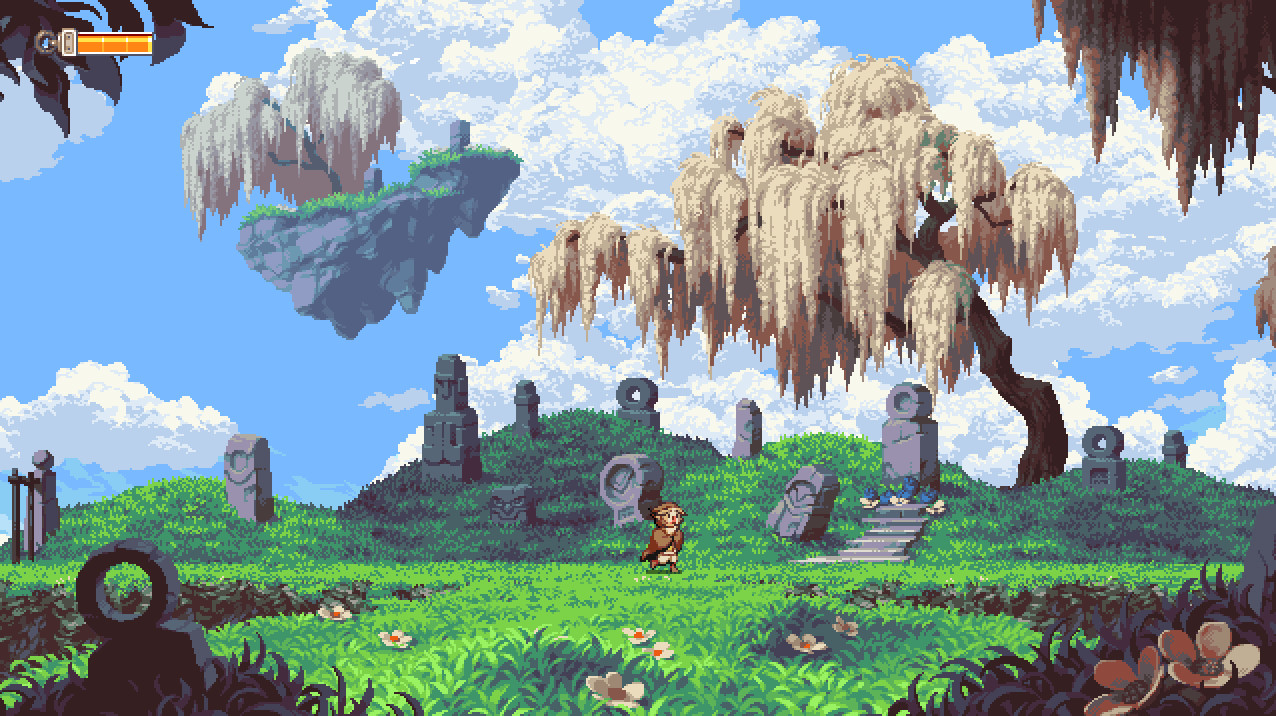 The game is set in the ‘sky lands’ which is a series of floating islands that are suspended in the air.

You control one of the owl/human hybrids (knows just as Owls) named Otus. Also, you’re mute. The whole story of Owlboy is a sadly relatable one, you begin your adventure with a negative relationship with your mentor and the other Owls who bully you.

Everything that makes you different is seen as a weakness and bad. 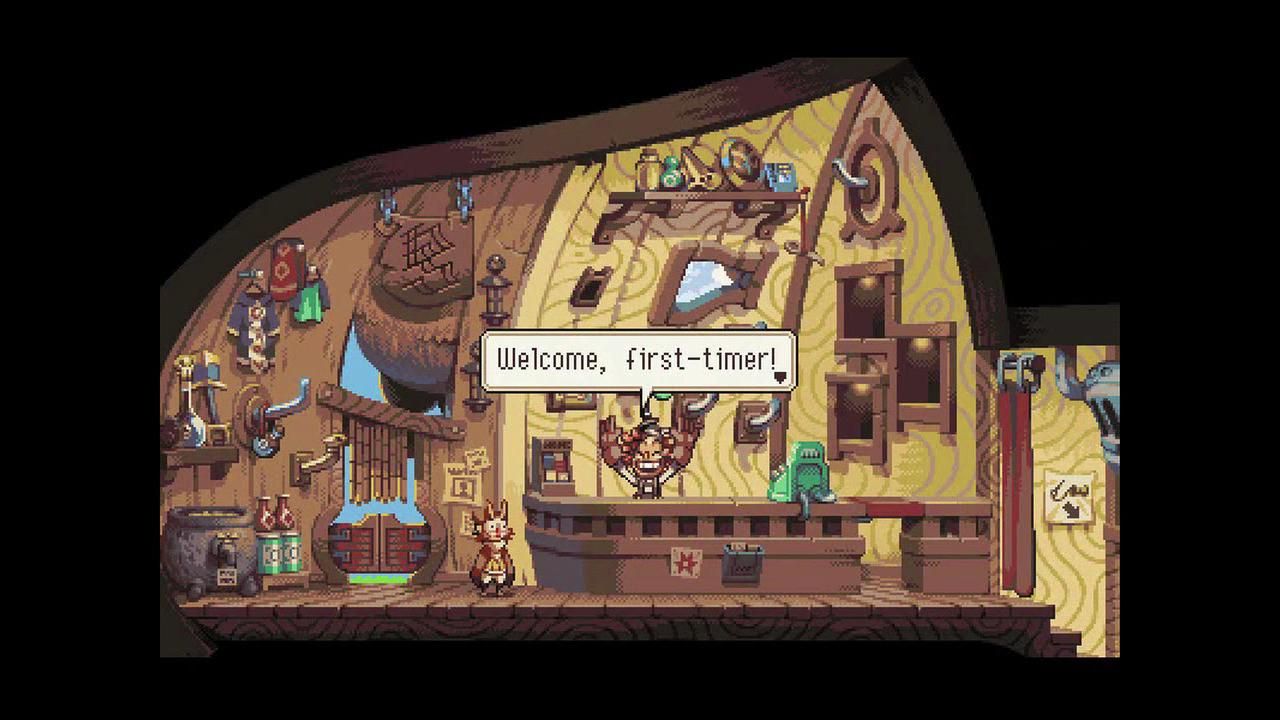 Anyone who wasn’t overwhelmingly popular throughout their school career will find it easy to relate to Otus, not just because of the situation but also by how realistic his emotions to it are. Owlboy is a game that’s all about showing that your weaknesses are not there to hold you back, it’s what makes you strong. When your home is attacked by a group of heartless pirates, you set out on an epic journey with your friends to save the world.

It’s actually really hard to talk about Owlboy without giving away too much of the story or going in to too much detail about the experience – which is, in my opinion, supposed to be felt first hand rather than read about. The game covers a lot of deeper emotions and themes than you would expect from a platformer, the most prevalent of those is friendship and the power that lies in it. 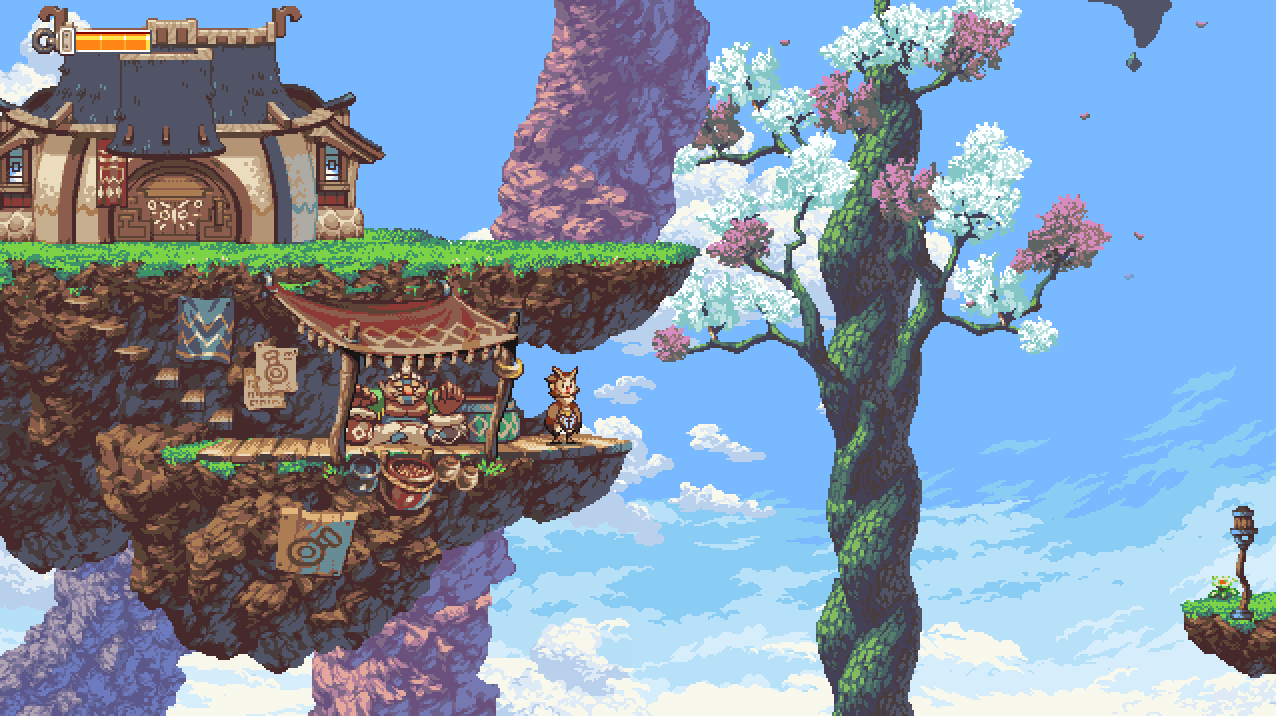 Otus himself isn’t the fighting/stand-up-to-people type, which you are made aware of from the moment the game starts. He only has one move which is a spin and does nothing to damage enemies. You need to rely on and trust in your group of friends to do the fighting for you. You all need to help each other and work towards the same goal, Otus flies and carries his friends, and they attack.

The game uses “hi-bit pixel art” which in layman terms translates to “Gahhhhhh it’s so damn pretty” but really, the simple yet detailed pixel art just adds to the game and makes even the most normal areas breathtaking. The 8-10 hours that you spend immersed in this beautiful world feel like too few, like there is still more to see and notice. 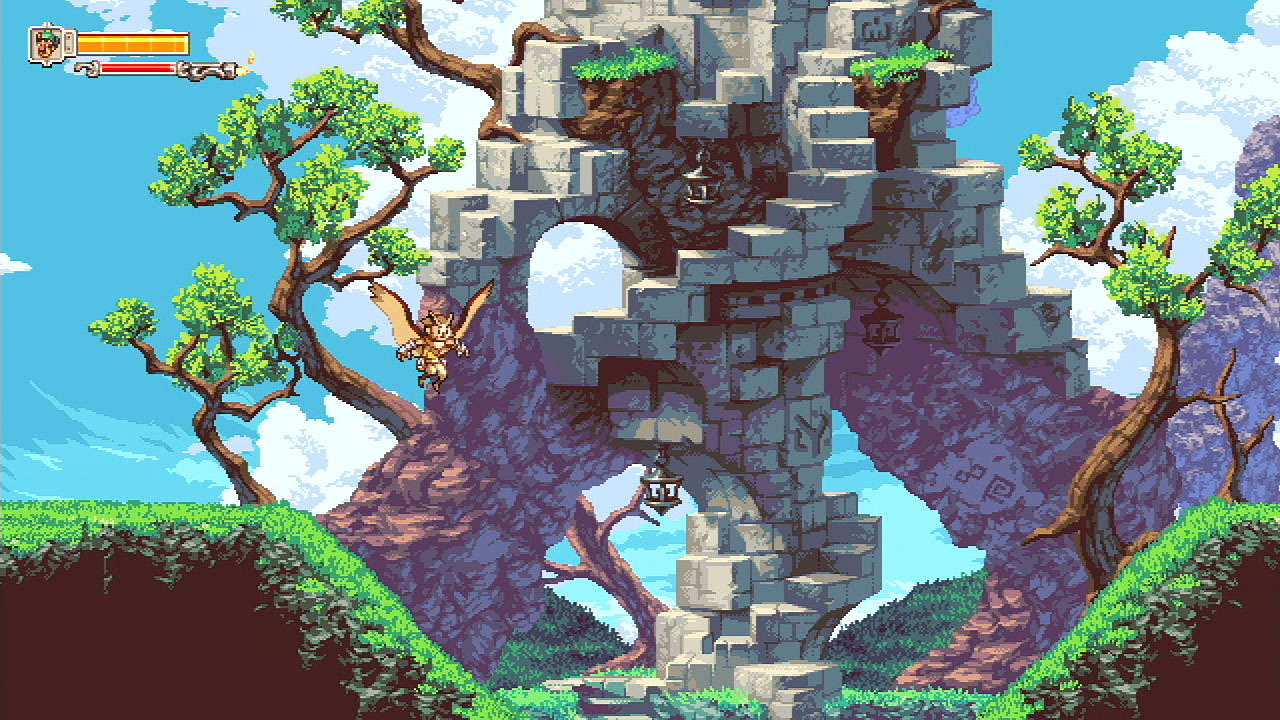 Everything from the levels, abilities, puzzles, and mechanics feel smooth and easy. With that being said though, getting used to throwing your friends onto the floating islands as Otus takes some time getting used to, and I mean it takes a lot of time. But once you’ve got that down its smooth sailing.

What D-Pad has created here is a breath of fresh air for the 2D platformer genre while also feeling incredibly familiar and comfortable. If you have some time over the holidays and want to sit and play a game simply just to have fun again, then I’d defiantly recommend Owlboy.

You can also watch me play Owlboy to get a feel for the game: