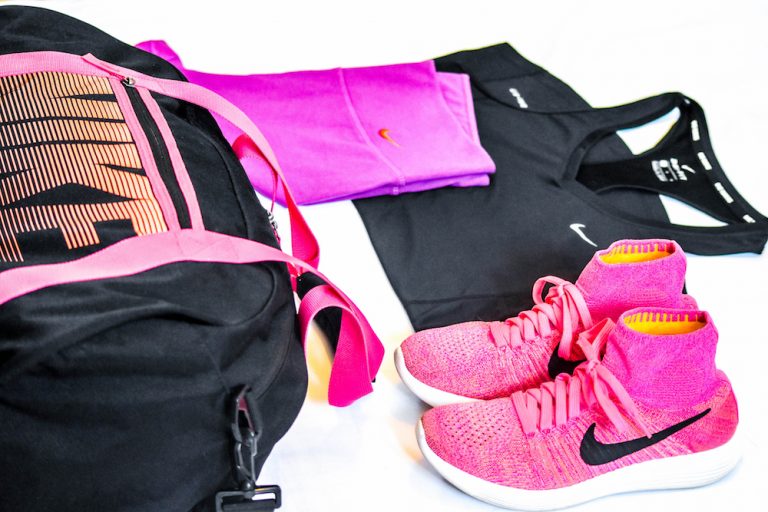 This is not really a tech story. But it is my story so I thought I’d share it with you. In January I shared the Nike Gait Test with you after I’d purchased my first ever pair of actual gym shoes. As like every girl at the start of the year I had big ambitions to be a healthier human. Proper training shoes were step 1. I started a gym routine but had no real clear goals of what I actually planned to do. I just wanted to be fitter.

And then I got invited to a running shoe launch 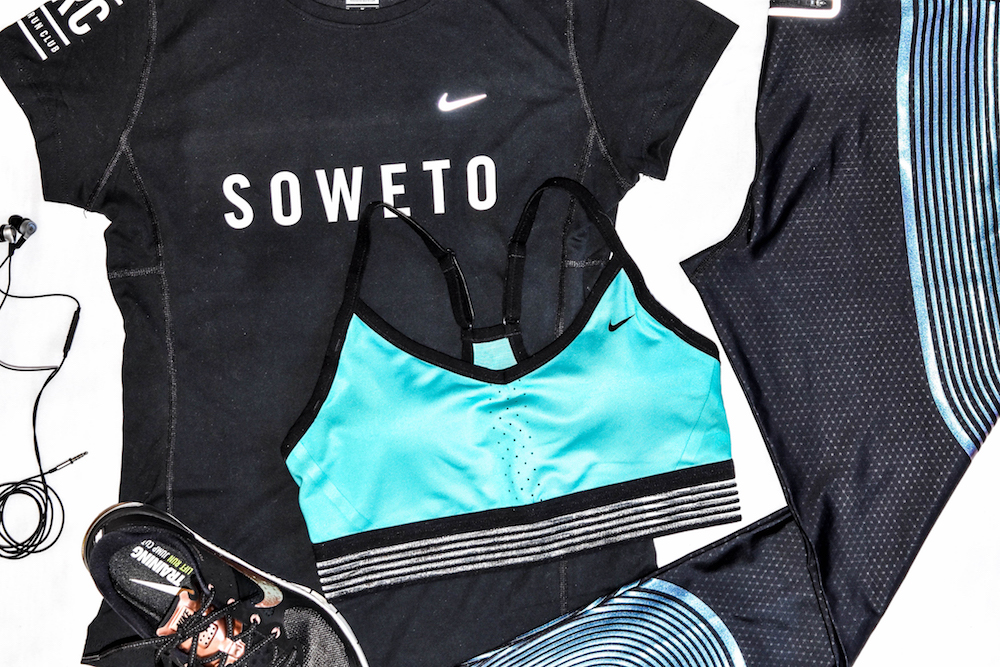 An invite arrived to a running shoe launch and I thought it was rather odd. It wasn’t my niche but I figured there would be a tech angle (there usually is if I get invited) so off I went. Only I arrived to be told I was going to be putting the shoes on and running 5km. I’d never run 500m never mind 5km. I was terrified. However, never one to back down to a challenge I banged on the sneakers and finished. I was so surprised and also rather stoked that I did it.

After the launch I was rather inspired. I wanted to do more and push myself harder. It was after my second 5km around 4 months ago that I made the decision: I wanted to try run a 10km race.

Nike got me off the couch 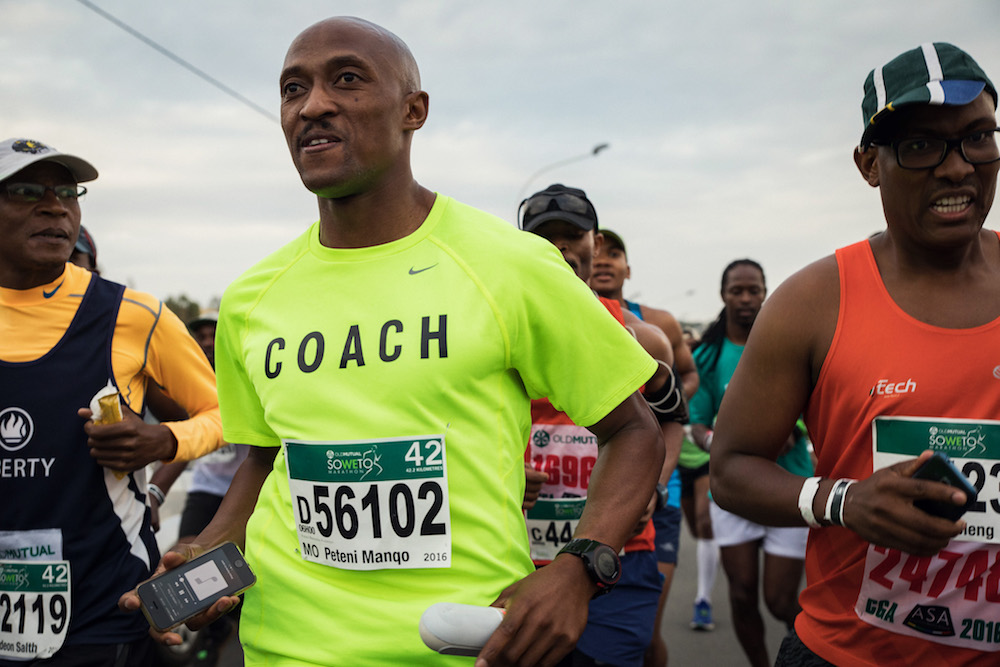 Nike had heard about my fitness goals and they have a mantra that:

every body is an athlete

Identifying me as someone who could potentially be converted was a stroke of genius from their side. But once the bug had sort of bitten they began to help me in my journey. They introduced me to their various apps that assist in your training. The Nike+ Training App is great for in the gym if you are alone and aren’t even sure where to start. The app walks you through a host of workouts and exercise regimes to suit your needs. There is also the Nike+ Run Club app which allows you to track your run workouts and plan routes. They’re both incredible apps that are free to download and use for anyone wanting to get off the couch. 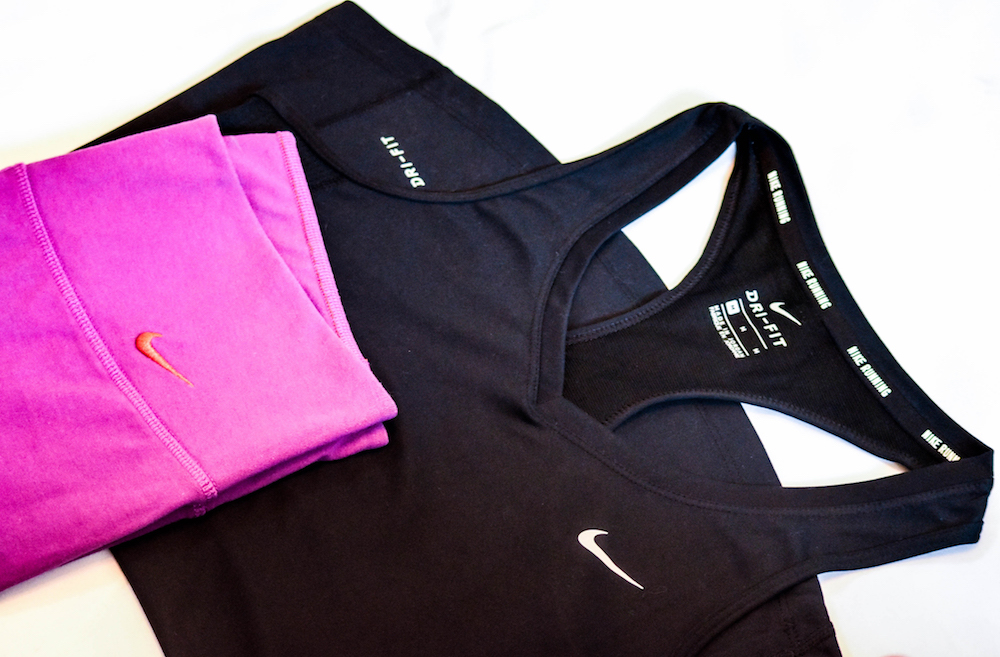 My saving grace was the Nike Running Club which I want to encourage anyone to join. There are clubs around the world but I specifically utilised the one in Rosebank, Johannesburg. What an incredible offering. A free club where you can go train and run with a bunch of other awesome humans. Nike supplies refreshments as well as pacers who help you improve as you go. There are various events like speed runs and usual long runs to get you moving. I am yet to meet anyone who leaves a Nike Run Club meet not feeling like inspired and motivated. 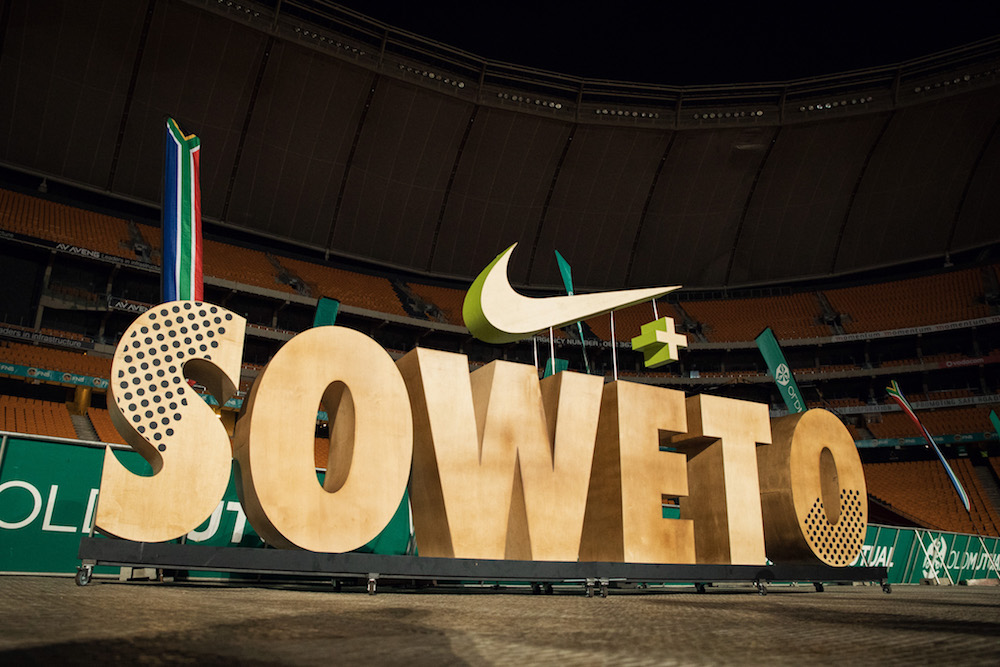 So after two 5kms I agreed to run the 10km at the Soweto Marathon. The decision was made around a month and a half before the race. What I didn’t take in to account was the travelling I’d end up doing leading up to the big day. Nike had planned a host of events with the run club to prep participants for the marathon. I missed all of them as I was usually in a plane or getting ready to board a plane. I ended up landing back in South Africa the week before the marathon and I was stressed. I also didn’t want to try and run long distance the week building up and decided that the prep I’d put in during the months leading up would be enough.

I arrived on the Saturday at the FNB Stadium to collect my race number and also take part in a NTC Race Ready Workout. NTC trainers are hardcore and I was really nervous when one of the master Nike trainers arrived from Ireland to take our work out! Rather than making us sweat she prepped our muscles for race day with a host of activation exercises that would get the blood flowing. 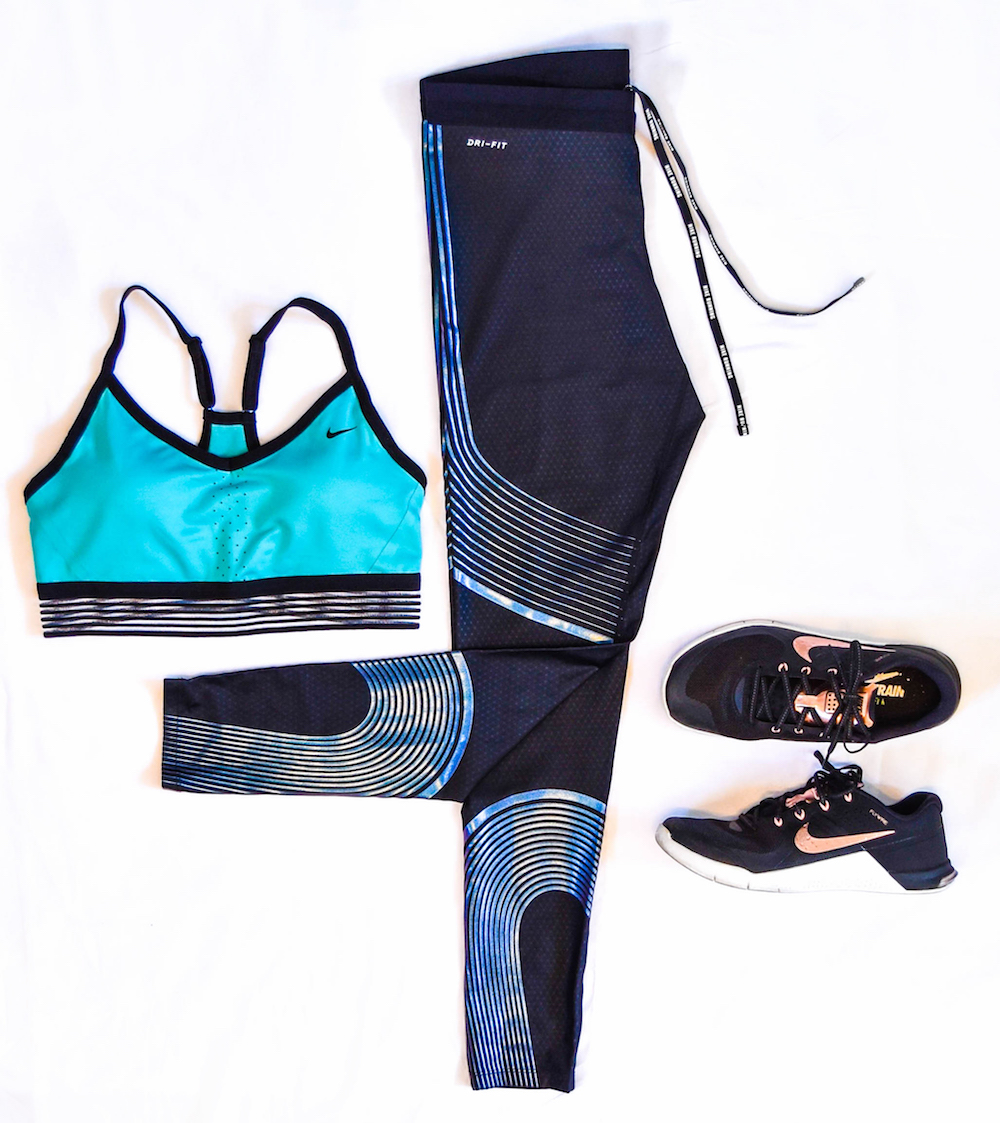 Doing my usual, I did not prep my race kit as everyone warned me to do the night before. Instead at 3:15am I received a wake up call to prep to get ready for Nike to take me to my first race and scrambled to get my number on and add a tracker to my shoe. The nerves were flowing but I was ready to tackle this head on… sort of.

Arriving at the FNB stadium before 5am was surreal. Nike Run Club had set up a hospitality area for their members with pacers leading runners off when it was time to go. The atmosphere was incredible and nerve wrecking all at the same time. Standing in the starting pen squashed against hundreds of people had my blood pumping. This was it! 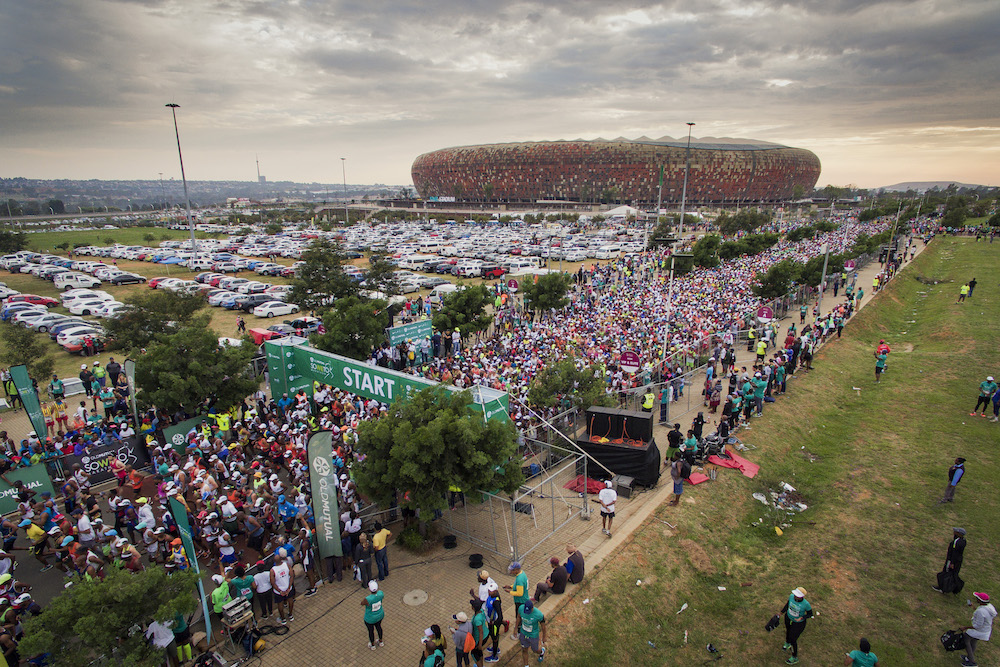 I ran my first 10km with my incredible friend Wardah from Fabufit. I met Wardah when I did my first 5km and we’ve become firm friends since that event. Wardah also happens to be 5 months pregnant! She has done the half marathon before but because of the baby decided to do the 10km. Because of her pregnancy Wardah couldn’t run the whole way so we did a lot of run/walking which really made the whole experience so awesome. I never felt over exerted or out of breath. I had a chance to really enjoy the vibe of the race. I didn’t feel tired at the end at all and sprinted through the finish which was fun.

Would I have liked to go faster or finish in a better time? Yes. And I will next year.

However, my advice to anyone getting off the couch or switching off their laptop to run is that don’t over do it the first time. I loved my first 10km, wasn’t tired and didn’t have aching muscles the next day (though I do think the NTC race ready work out helped with that). I enjoyed the whole experience and will definitely do more, rather than attempting to stay away because I had a bad experience. 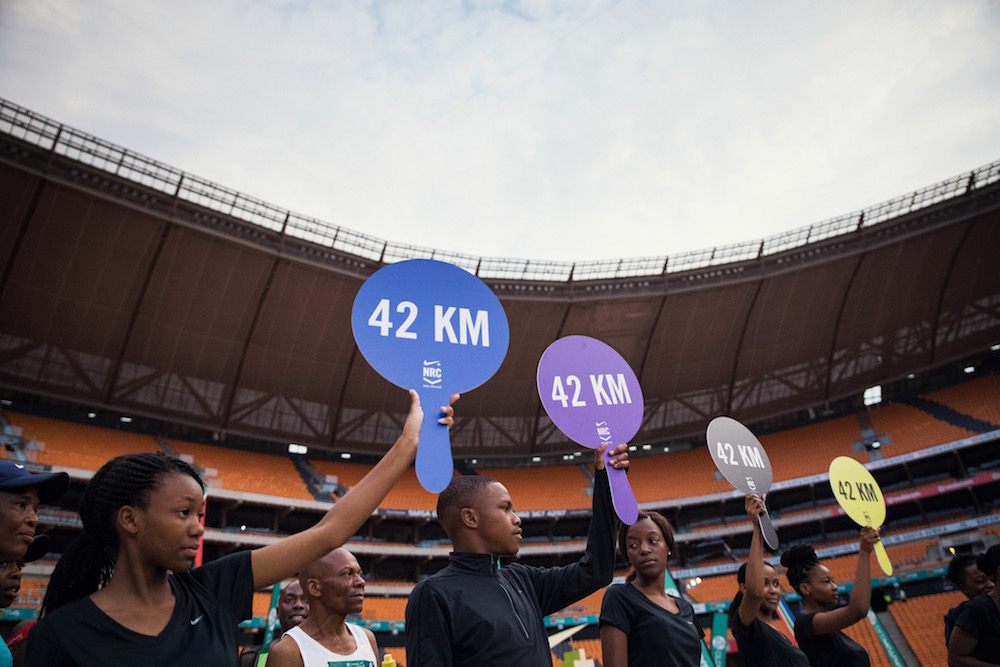 Fitness apps aren’t dumb. I used to think they were but they really do help and are extremely useful. The Nike ones especially as they build a community that you can tap in to.

The right gear is so incredibly important. It isn’t insane to drop proper cash on training tights or sports bras. Hell, even socks. You feel the difference when you’re on the road. A good pair of running shoes and tights make all the difference. If your clothes fit well and are designed to do the job you’ll feel the difference on race day. Fashion technology insures the fits, the fabrics and the styles are specifically made to help you perform better. I can attest to that now. A good pair of running tights really do make life easier.

Do it with friends. During my running journey I’ve made some incredible friends. Some are super fitness freaks and others are just like me, trying to push themselves. The Nike Running Club bought so many incredible people in to my life and more than running a 10km I also get to walk away from this experience with amazing friends.

When I recap on 2016 – this particular adventure will definitely make the highlights.

Disclosure: Nike assisted me on my running journey and invited me to the Soweto Marathon with a group of other athletes.