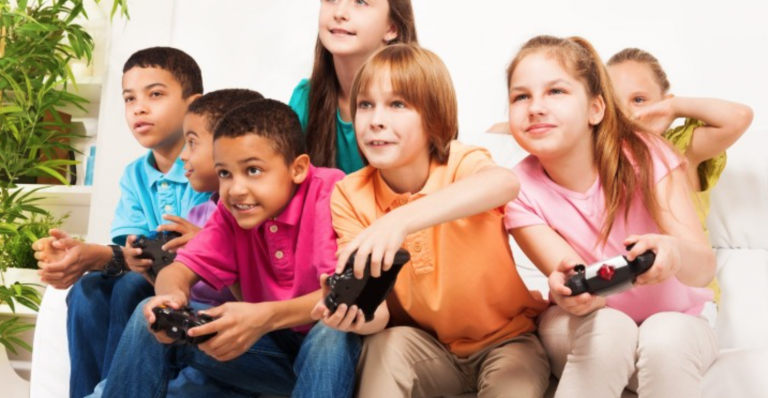 Video games come in all shapes and sizes, but sometimes these shapes are best kept for the older audiences rather than the younger ones. Sound fair? Not at all. I have a niece, and although she is only 6, I find it hard to find games for her to play. In all honesty, there are more no under 18 games out there, with more frequent releases, than there are games for kids between the ages of 11 and 16 years old.

If you are a mom, dad, or even uncle or loved one, looking for games for your young gamer aged between 11 and 15 years old, then I have you covered. There are some really great experiences out there, that need your attention, many of them range from great racing games, to more casual and cute adventures.

Before we start, just a tip when looking for games for your age group: Just because the game says FPB PG 10 (that’s the Film & Publications Board rating because PEGI, the European rating system, is not recognised in South Africa). The FPB also includes themes on their ratings – so if a game is rated 18 the FPB will include the themes such as nudity, violence or horror. Just because a game is rated PG 10 does not mean that it is too young for your 14 or 15 year old. The rating just means that the game’s core morals are suitable for a child of the ages 10 and up, not that it will be boring for a child of 12 or 15 years old. There are hundreds of FPB PG 10 games I play. It only means that the game does not have much violence or abusive themes in it to warrant a higher rating. Do not let the rating get in your way of purchasing games if it seems “young” – rather use it as a benchmark of what won’t be suitable for your child.

Here are some of the best games for kids between the ages of 11 and 16 years old.

Minecraft is a great starter game for those kids who want to let their imaginations run wild. Sure, things can get complicated when you get much, much deeper into the game’s mechanics, but in general, if you are just looking for fun and building, then it is easy. You enter an endless world, where you are the architect of your own kingdom. Building castles, collecting animals, making weapons to fight off the creatures at night, and just being an all-round Minecraft badass.

The best thing about the game, is that you can tweak every setting, making it easier, or harder depending on the child. If you feel that your child does not know the basics of combat in a game, then you can make it so that they never die. The game also eases you into the mechanics, so it will be great to see your child go from not knowing anything, to being a master a month later.

I cannot deny my love for Skylanders, and although it is rated 7 -9 PG, the game offers a much more hardcore experience for young gamers who are quite proficient at gaming. Three difficulty levels, allow you to boost up the challenge, which will make it an enjoyable experience for all ages. Let us not forget the toys, the best part of Skylanders. The game relies on physical toys to play, and they are awesome. You child could start a collection, and play with them both in the game, and in real life, as they are sturdy and tough enough to withstand a few bumps. 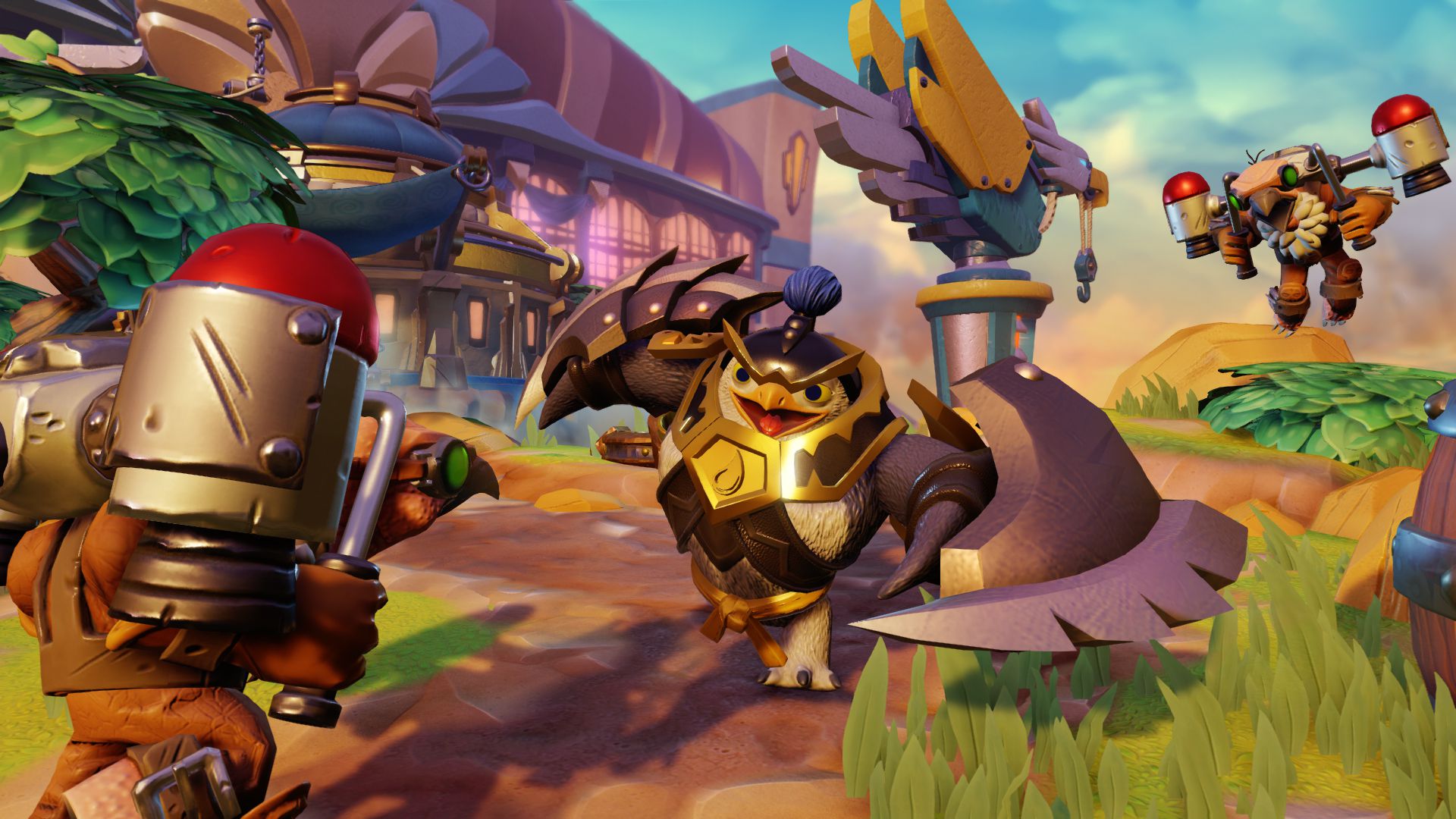 The game also teaches children about good versus evil, as you fight the bad guys to take back the world. The story is light-hearted, as well manages to draw the kids into it, thanks to all the loveable characters in the game.

The LEGO games have always been pretty awesome, and each of them are always targeted at a younger audience. We are talking about LEGO Star Wars: The Force Awakens, LEGO Harry Potter, even LEGO Marvel Avengers. Each of them follow their respective universe and setting pretty well, and dozens of characters to play with. Chances are, you loved the series in which the game is based on, so the game will be even better. LEGO Dimensions also recently launched in South Africa and it is the ultimate game for kids between the ages of 11 and 16 years old as it combines video games with real LEGO that they can build. I haven’t played the game yet but Sam has written about it, you can read that post here. 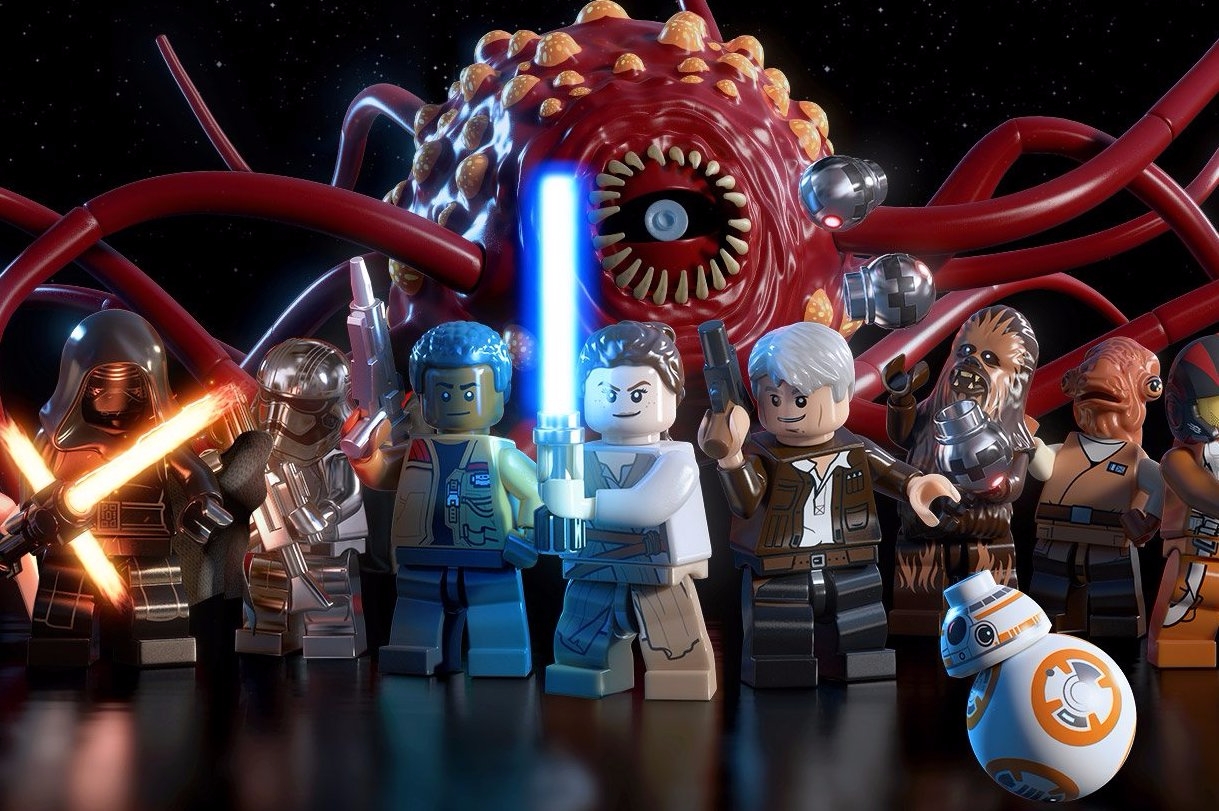 LEGO are always coming up with awesome ways to interpret their series into a video game form, and they do so in such great ways. The overall gameplay and mechanics in the games, are pretty simple, without really asking too much from the kids at all. With each title spanning across multiple movies, and comics, there is always so much to chew on.

Sometimes you are just looking for something a little more hardcore for your child, as they have been gaming for years now and want to slowly move into more immersive gaming experiences. The Crew is one of these. Fast cars, lots of racing, and a pretty cool customization feature, will have them begging you to buy them a BMW before they even know how to drive. 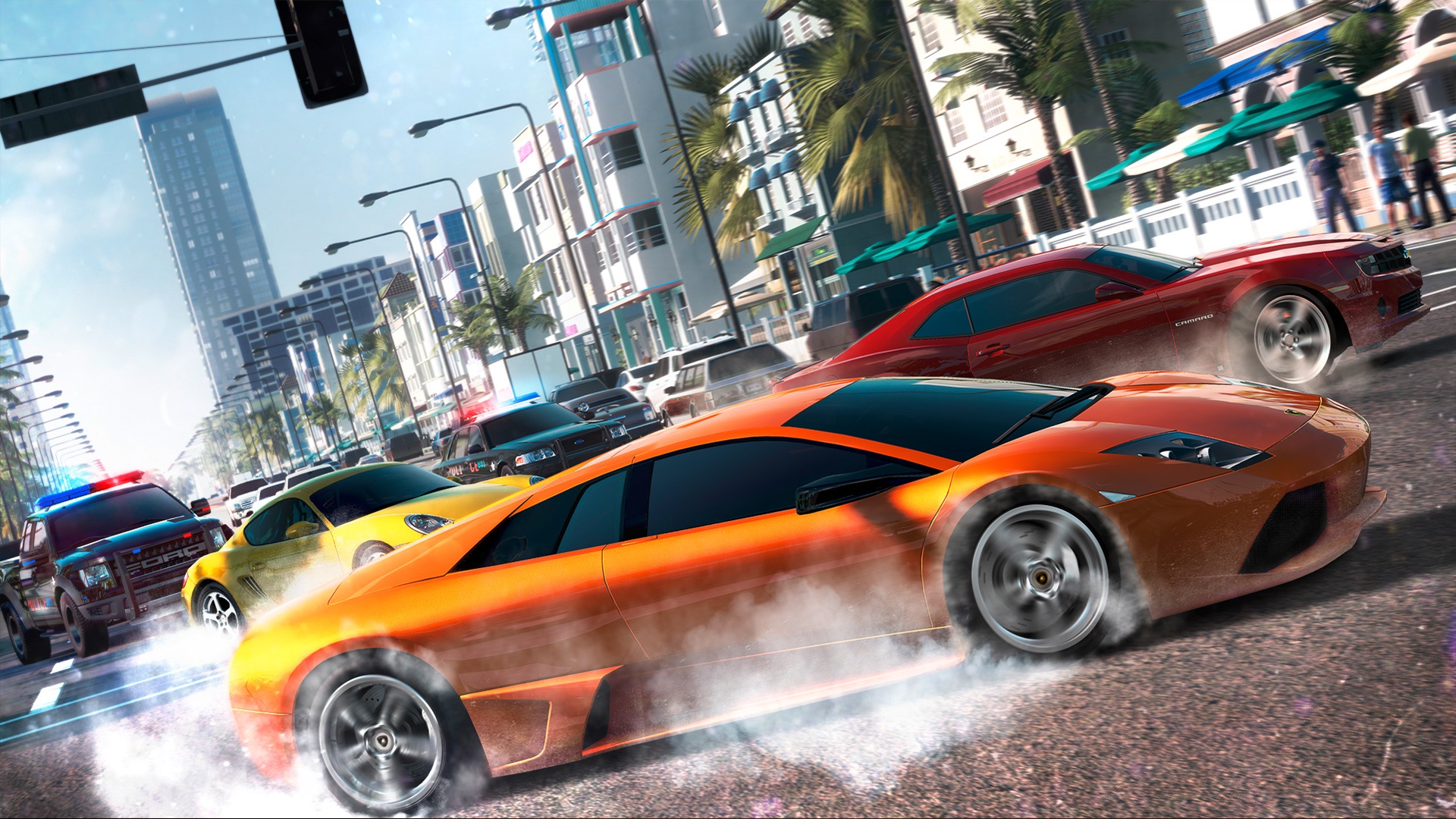 The Crew now has a Wild Run expansion out, which takes the usual racing, to a new wilder area in an off-road experience. So if they are not up to exploring the USA in a massive open world map, then they can switch things up a bit.

There is nothing like a video game to teach your child that they need to bath at least once a day, that they need to clean up after themselves, else flies and disease will enter your house. Welcome to the Sims, the ultimate escape from reality, while playing a game based on reality. You child will be able to create a Sim, get a job, clean up their house, look after their animals, cook, bath, do homework, and more. So basically everything they don’t do, they can do in the game. 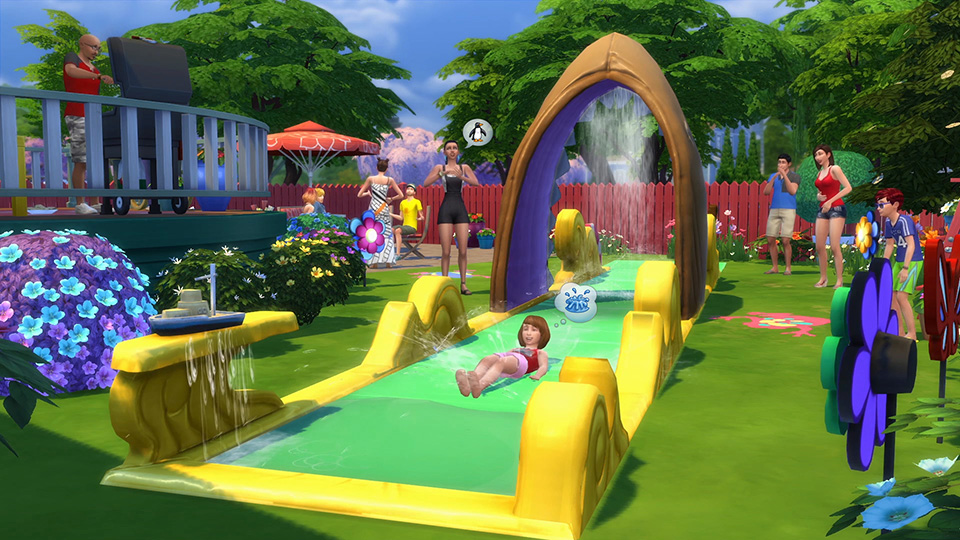 As much as I hate to say it, The Sims is also a subconscious teaching tool, as they really connect with their characters, and learn from them as they go about their daily business. Talking to other sims will teach them how to choose the right things to say, and what not to say as the Sims can get pretty peeved if they are rude about it. Being responsible and doing chores, is what the Sims is founded on, and a perfect way to teach your child.

If you child has ever played Pokemon GO, then you should take it away immediately until they have played at least one Pokemon game on the Nintendo 3DS. There are tons of Pokemon games to play on the 3DS, of which they are all easy to get into. You child will finally be able to experience the real Pokemon universe, and train, evolve, and master the Pokemon League. 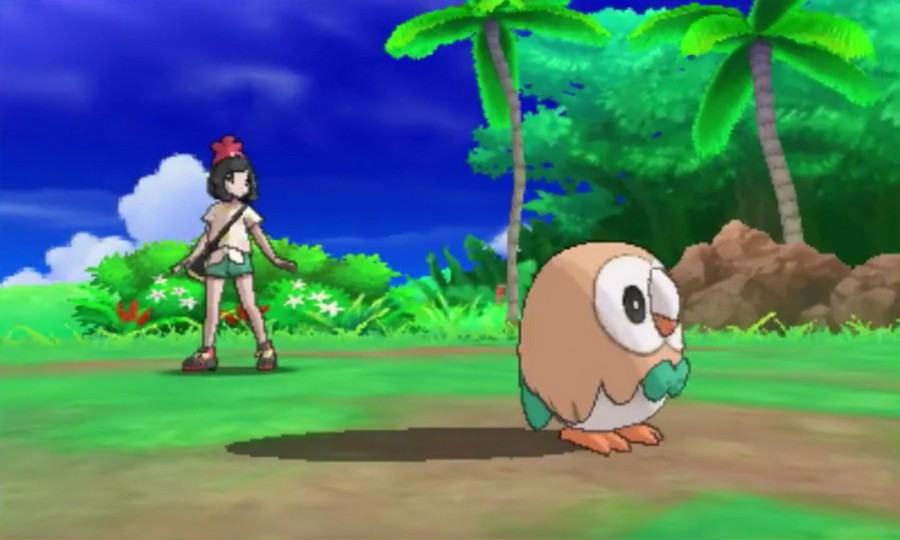 The games are portable, so you can take them all in chunks, and let them play it while travelling, or waiting at a doctor. It is pretty important if you ask me, to get a child to play a Pokemon game, a Pokemon GO does not come close to the representation of the series’ true roots.

What games do your kids play? Let us know in the comments below.