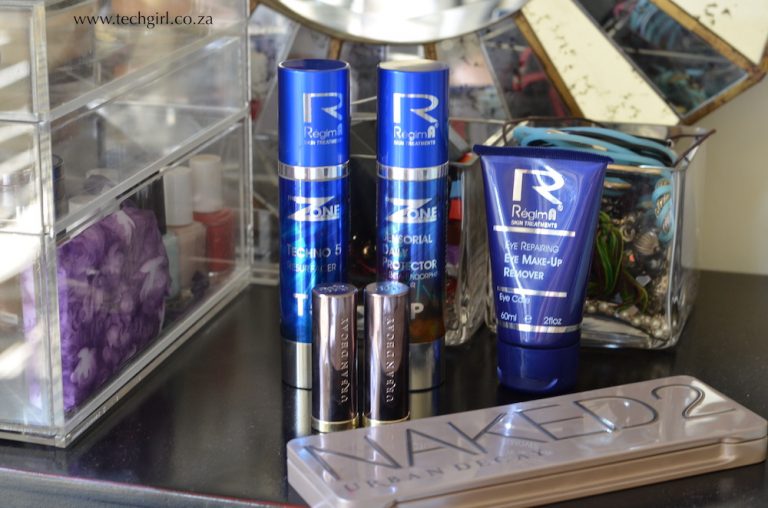 The backwards tech of the beauty industry

Every day I get to write blog posts about technology. I get to comment on all the incredible things we’re doing with tech like 3D printing make-up or even building little girls bionic arms. We’re doing amazing things in Science and Technology and yet, the beauty industry still lags behind.

I’ve never been all that interested in cosmetics. Hell, I used to only wear make-up on a night out. My cleansing routine for my skin consisted of some soap and water with some body cream on my face if it felt a bit dry. I had no clue about skin care and little to no idea that adding some darker colour to my eyebrows would make the eyes pop.

It was all just too much.

Until recently. I’m 29. Suddenly I’m becoming acutely aware of the tiny crows feet lining my eyes or the blemishes that appear on my cheeks after a weekend of late nights. I realised too late that I need to up my skin care game. I also started experimenting with make-up and testing a few things out. A new camera lens and more YouTube videos has meant I’ve realised the difference a touch of foundation or lipstick can make. As my interest in cosmetics grows so too does my interest in the tech behind making them.

The backwards tech of the beauty industry

I was a little bit horrified to find out that animal testing is still a thing. It turns out some big brands still test their products on animals and that seemed a little bit archaic. According to the Humane Society animals are still used to test reactions to products. They pour chemicals on their skin and in their eyes to test pain relief. Let that sink in for a bit: they restrain a rabbit and drop chemical in to its eyes to see how it reacts. WTAF?! We can send humans in to out of space and keep them alive but we need to drip chemicals in to a rabbit’s eyes?

Animals are also force fed large doses of product to see how much can be consumed before the dosage is fatal.

There is such a thing as technology?

Let’s remove the emotion for a bit shall we? The Science speaks multitudes. A rabbit’s genetic make up is different to that of a human, as is a dog’s and even a chimpanzee (even if we are long distant cousins). Live Science wrote a piece pointing out the flaws in animal testing and how certain species would have completely different reactions to their human counterparts. Tech has advanced so considerably that animal testing is unnecessary. A new type of tech called EpiDerm involves utilising cultured human skin cells to determine skin irritants while Harvard University developed something called “organs-on-a-chip” which allows Scientists to determine the effect of toxins and drugs on the human body.

My new interest in cosmetics has also led to a new decision on what I spend money on. I’m more than willing to splurge a little extra on a product I know is cruelty free over something I’m not 100% sure about. I tossed out almost all the make-up I had in favour of Urban Decay because it is not only good quality but also cruelty free. My skin care products are only a brand called Regima – again, pricey than a drug store brand but completely cruelty free (and also South African because… local).

The backward tech of the beauty industry needs to end. Testing on animals in abhorrent and unnecessary. You have the power to make the difference by changing your purchasing habits. Rather spend a bit more money and ensure you’re doing your bit. Here’s a decent list of cruelty free cosmetics as well as a search option to find them courtesy of Peta.

Disclaimer: I purchase the products mentioned with my own hard earned cash. They work and they’re cruelty free. Before some troll on the internet tries to make this about money.