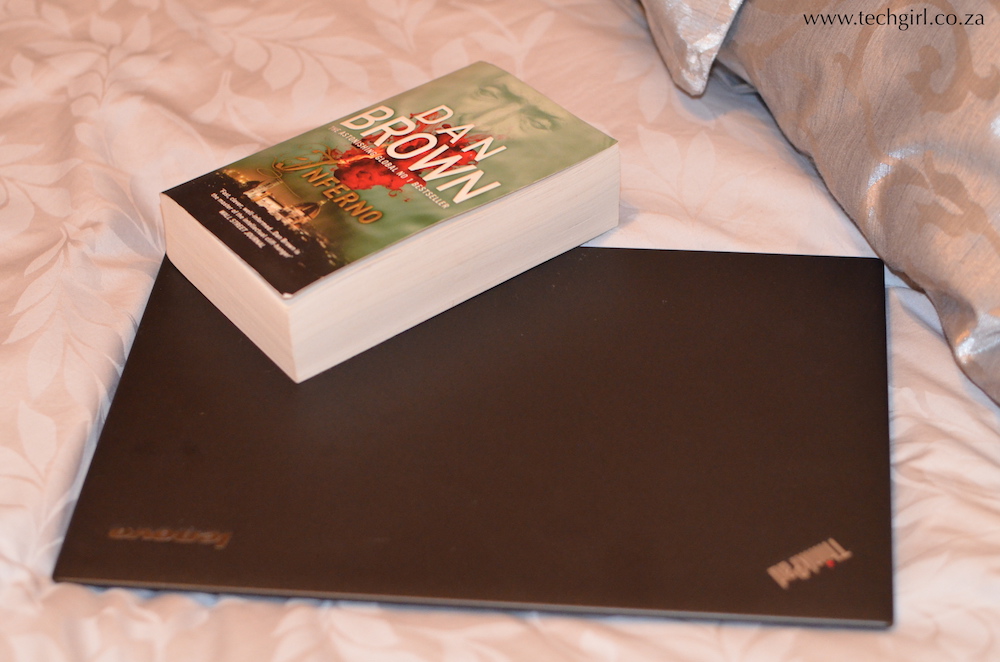 Sheesh, read that headline 5 times fast hey? I’ve been spoilt lately with the sheer amount of laptops I’ve been given to review. Maybe it is because many of the manufacturers are trying to get me off my Macbook or maybe it is because lately I only seem to give the notebooks good reviews. The truth is, each one blows me away and I’m left wondering how another is going to top it…. then the next laptop arrives. This leave me with a hard choice of whether I need to up my standards in what I deem to be “good” or stay as I am and get blown away every few weeks.

I’ll decide on that later because, once again, I was absolutely blown away. Yeah, I went there. Lenovo sent me their Lenovo ThinkPad x1 Carbon Ultrabook to test out and… WOW! Hands down one of my favourite laptops to review so far. It looks really sleek and expensive, is incredibly light and it is also rather durable. Potentially why they called it an Ultrabook I suppose? Batteries on laptops seem to be improving in leaps and bounds because the battery on the Lenovo kept working throughout the day with very little sign of needing a charge. Something that, for a long time, only Apple seemed to get right.

There are a few annoyances though and I’d like to get them out of the way before I continue raving on about the laptop. 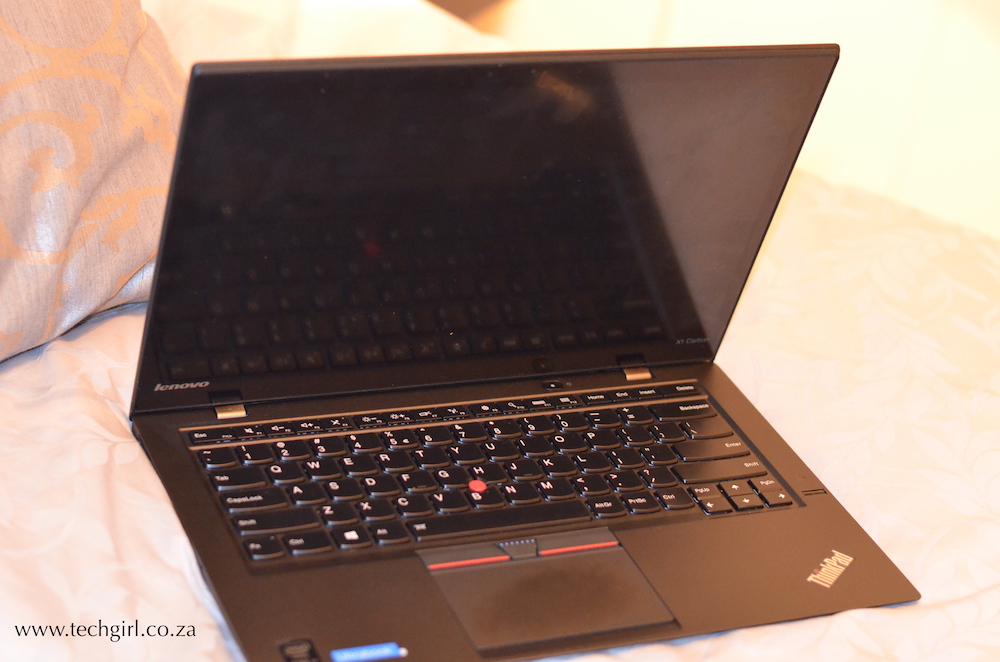 First, as with all Ultrabooks, the price is pretty damn steep, like more than 30k steep. I struggle to justify dropping a fortune on anything but a Macbook because I think that there are a host of other machines that will do the job just as well for half the price. My second annoyance is a bit of a personal preference grievance. But seriously? I HATED the left and right clicks being above the track pad rather than the bottom. Although the trackpad did work flawlessly, I couldn’t get used to my trusty buttons being in the wrong place.

So what are you getting when you buy the Lenovo Thinkpad X1 Carbon Ultrabook? Queue barrage of technical facts! 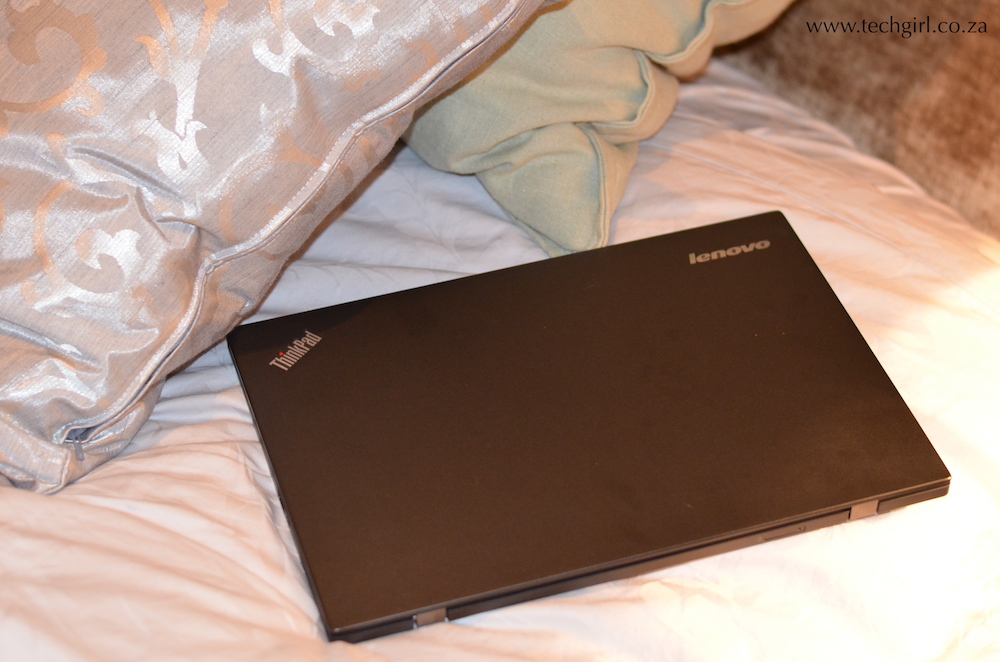 My model came with a Core i7-6500U, 14” FHD IPS display (1920×1080), 8gigs of RAM, A wicked quick 256GB SSD and onboard Intel graphics (Not everyone is perfect). With a 1 year warranty. So all-in-all a pretty badass little machine that easily outshines its competition. If you don’t speak tech what that means is you get a decent size display, lots of storage space and a quick little bugger.

Lenovo hit the nail on the head when they threw this together. 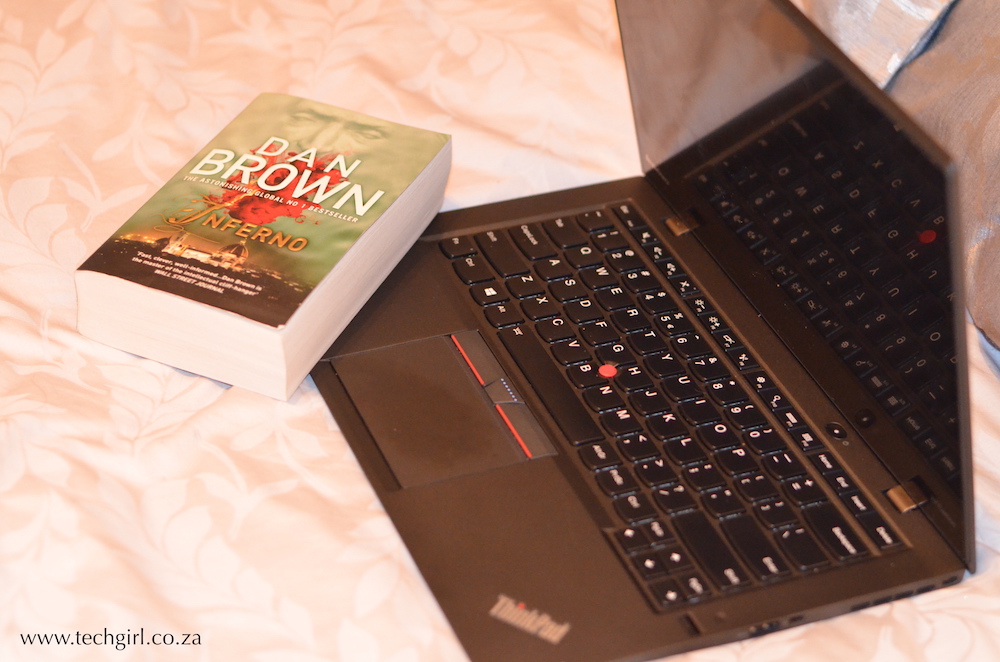 I think you can guess how I’m going to sum up my time with the Lenovo Thinkpad X1 Carbon Ultrabook, but it needs to be said: This was hands down one of the best little machines I’ve used for work. Quick, light, amazing battery life and frankly looks rad. I was sad to see this one go. But nobody is perfect and with the horrible track pad buttons (again, personal preference) and price tag would I recommend it? No. Because as awesome as it is, I just don’t think you should be spending this kind of money on a laptop for work. Not unless it can also let you game or has an Apple logo on it. But again, completely personal preference. If you’re a Windows fan looking to work and run your blog on the side, you’ll probably love it and be happy to drop the cash. So then, I might suggest it.

Disclaimer: the Lenovo Thinkpad X1 Carbon Ultrabook was sent to me for review. It has already been ripped from my hands for the next blogger to test out. 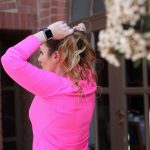 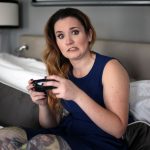