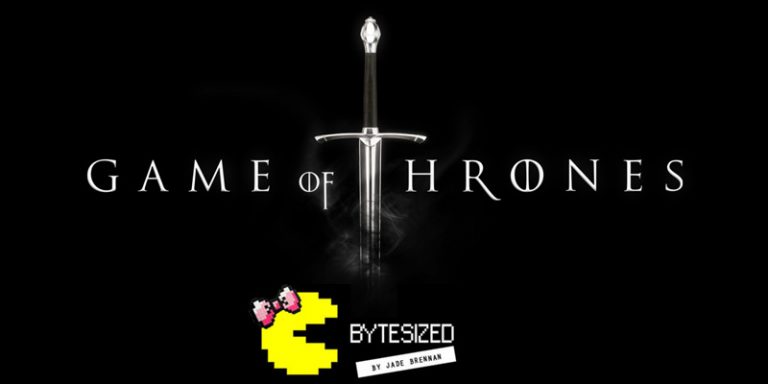 Season 6 of Game of Thrones has come to an end, and I feel like I have a gaping hole in my heart. Waiting another year for season 7  will be tough as hell, because waiting weekly was hard enough.

In this Bytesized, Game of Thrones (GoT) edition we see what it is really like for someone who doesn’t watch GoT, Jon Snow gets invited over for dinner and is the worst guest ever, the intro song gets a DIY makeover, spoilers and more.

This may come as a surprise, but there are actually people who DON’T watch Game of Thrones. Crazy I know! Well in case you were wondering how those people live, here is an amazing video aptly called Shame of Thrones that does just that.

The only thing worse than someone not watching Game of Thrones, is someone who skips through the intro song.

A song of fire and ice goes DIY

The intro is one of the most amazing things about Game of Thrones, and this homemade version is even more so. Look out for Godzilla, the Apple Store, Disneyland and more.

I forgot to watch Game of Thrones (sacrilege I know) while my co-workers hadn’t. They weren’t allowed to talk about it at work but I work in digital and so came across spoilers all over the place. I’m usually the meanie telling people how books or movies end (except that one time I didn’t tell my friends what happened in the Harry Potter books. It took all of my willpower to do that). But with GoT it is different.

Even Siri is in on it

Ask her the question, Who is Jon Snow’s father and you’ll get back the slightly ambiguous, but mostly winking reply, “Let’s just say, there’s some fire in this Snow,” a reference to Jon’s long-suspected link to the dragon-riding Targaryen clan. – AV Club

And some people are making money off of GoT spoilers

Spoiled.io is an app that sends GoT spoilers to your friends/enemies after each show. And the best part is that it is anonymous. However ruining Game of Thrones for someone does come at a price of $1.

Spoiled.io wants to know which series they should ruin next. To vote, click here.

Re-live Game of Thrones by staying in the characters’ rooms. Introducing HeirBnB

Max Knoblauch came up with the most amazing concept ever. HeirBnB.  To view all of the pictures, click here.

ICYMI: watch what the Game of Thrones intro would look like if it was made in the 90s.

Funny AF: Jon Snow is the worst dinner guest ever