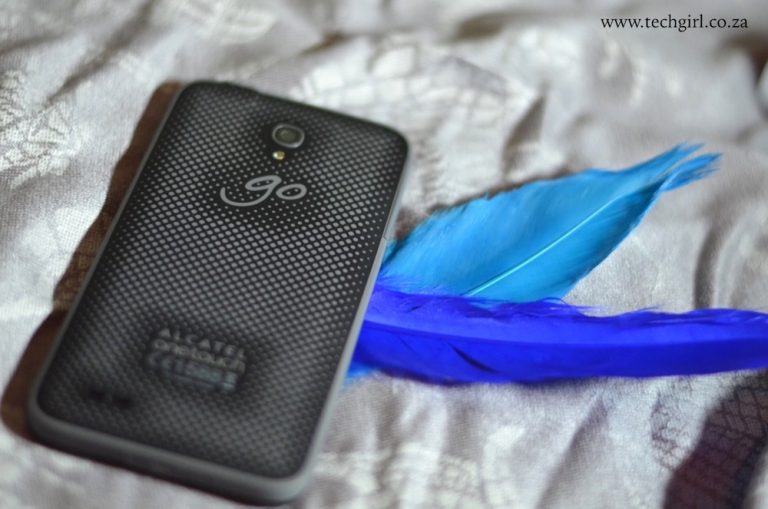 R3499 according to Price Check. 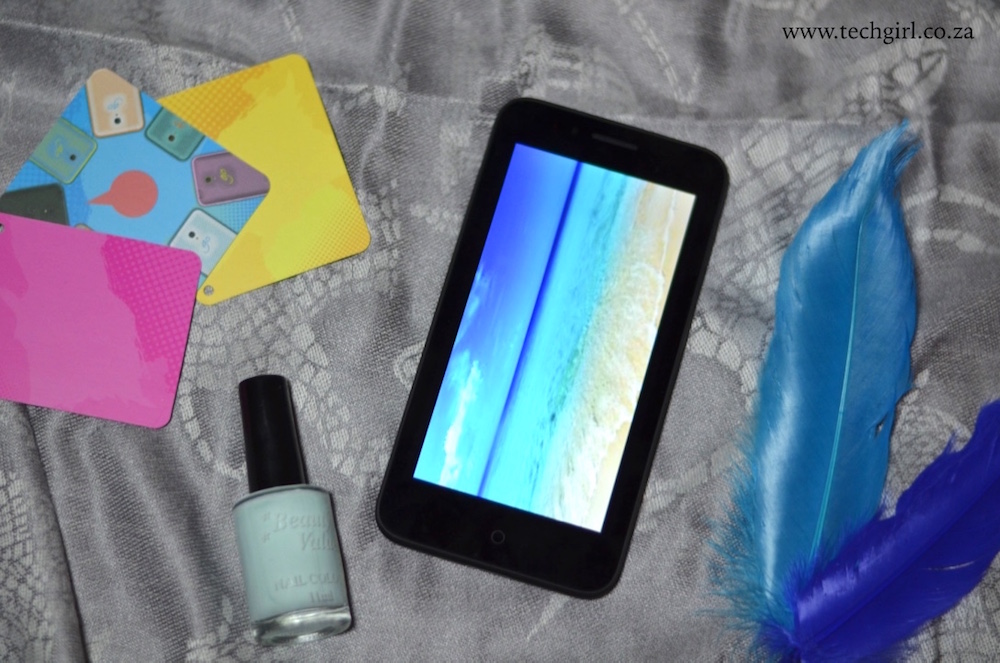 Smartphones are weird. You can drop R12 000 upward for the “flagship” smartphones offering you all the bells and whistles (they don’t make tea though, just saying). Alternatively you could spend around the 3k mark and get what they’re calling “entry level smartphones”. With a giant R9000 leap in pricing sometimes, you’d think the entry models would offer the bare minimum in features compared to the higher spectrum phones… right?

A year ago I would have said yes but now? Not so much. 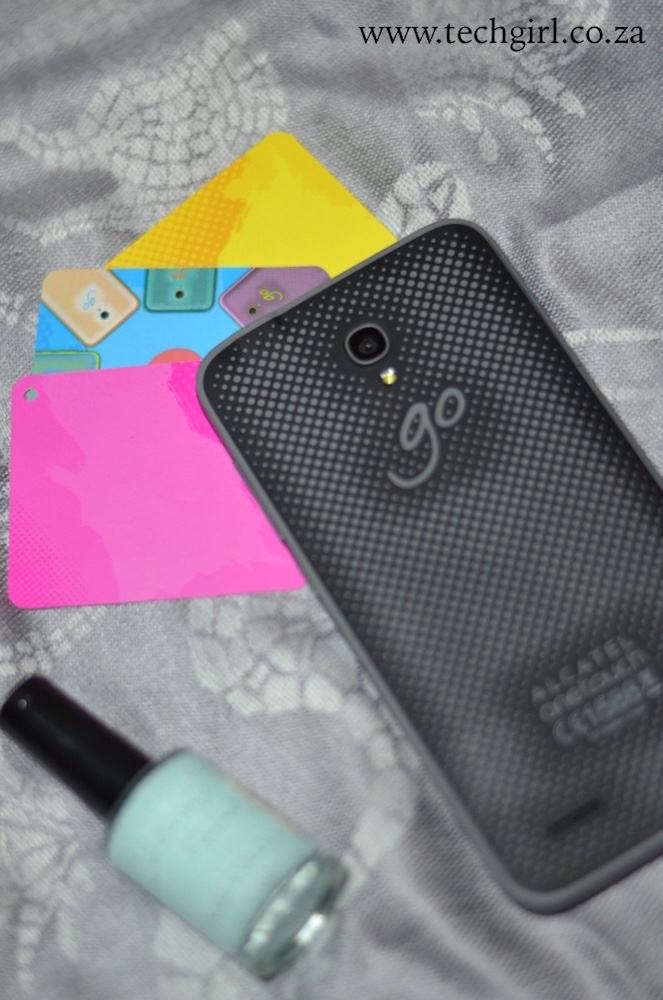 The Alcatel OneTouch GO Play (why must we make these names so complicated?) is priced at the R3500 mark. So you’re not going to get fancy brushed aluminium, a curved screen or some sort of “look it is modular” gimmick. It’s “simple”.

But should you buy a simple phone?

I really hate bloatware. The Alcatel OneTouch GO Play comes with stock standard Android. They’ve loaded some common apps like Periscope and a host of games but for the most part there isn’t a stack of extra rubbish you need to delete. Although not as fast as a brand new top-of-the-range phone, it is still quick and I didn’t run in to any issues (except when my Slither.io snake started to reach 90 000 mass… I might have a problem with that game) it was only minimal jitters, not soul crushing lock-ups. 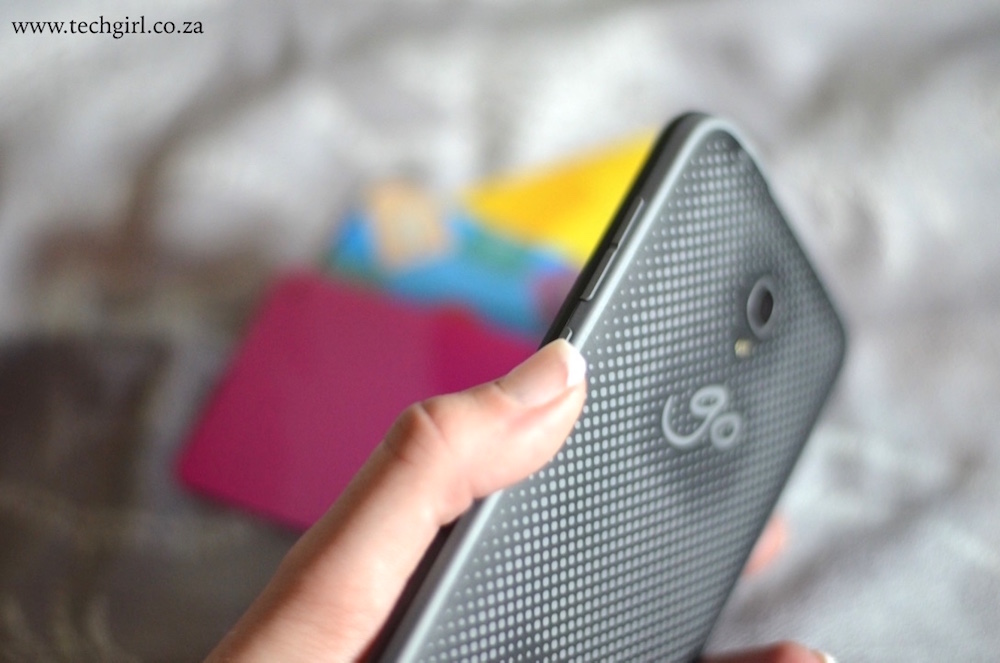 The Alcatel OneTouch GO Play is made to be dropped, battered and soaked. It’s designed to be taken out and be used and potentially abused. It’s rubber feel cover doesn’t feel platic-y or cheap at all. It gave me the impression it would survive a fall down the stairs and merely shrug it off like a usual day out. The rubber body also provides a rather solid grip in hand so you’ll likely not drop it when you’re climbing out the car with keys, handbag and coffee in tow. It’s a phone that would still love me after I threw it across the room in anger after getting frustrated with someone on a call.

The time of selfies 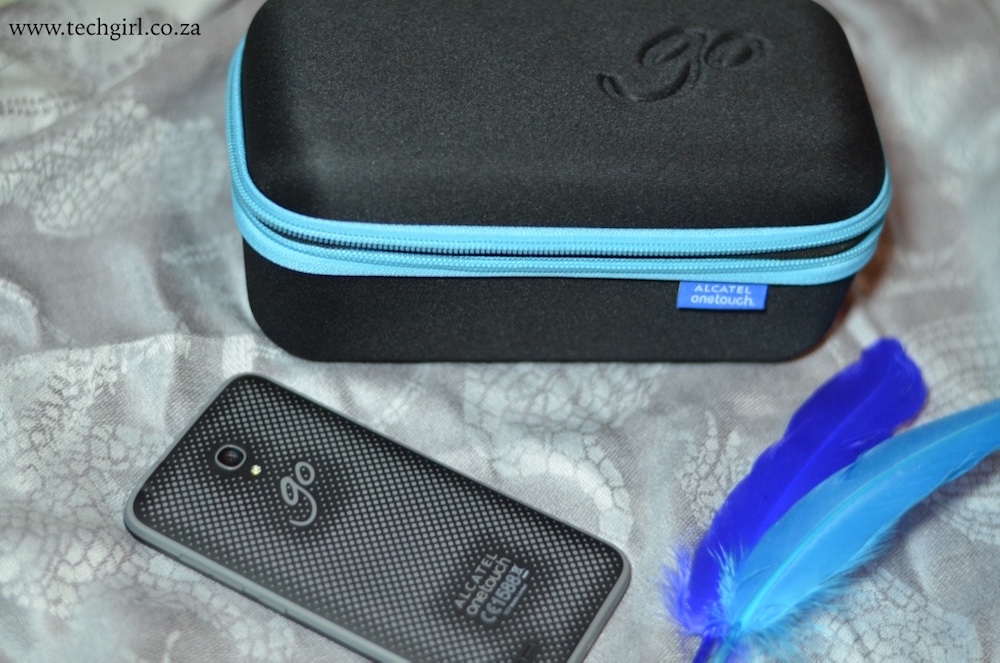 Phone cameras are a big deal. Selfies are an even bigger deal. While Alcatel’s standard 8MP camera isn’t the best on the market it is what you’d expect on a phone in this price range. However, what is rather lovely is the funky gimmick that lets you take photos under water – Take that splash proof top-end phones! 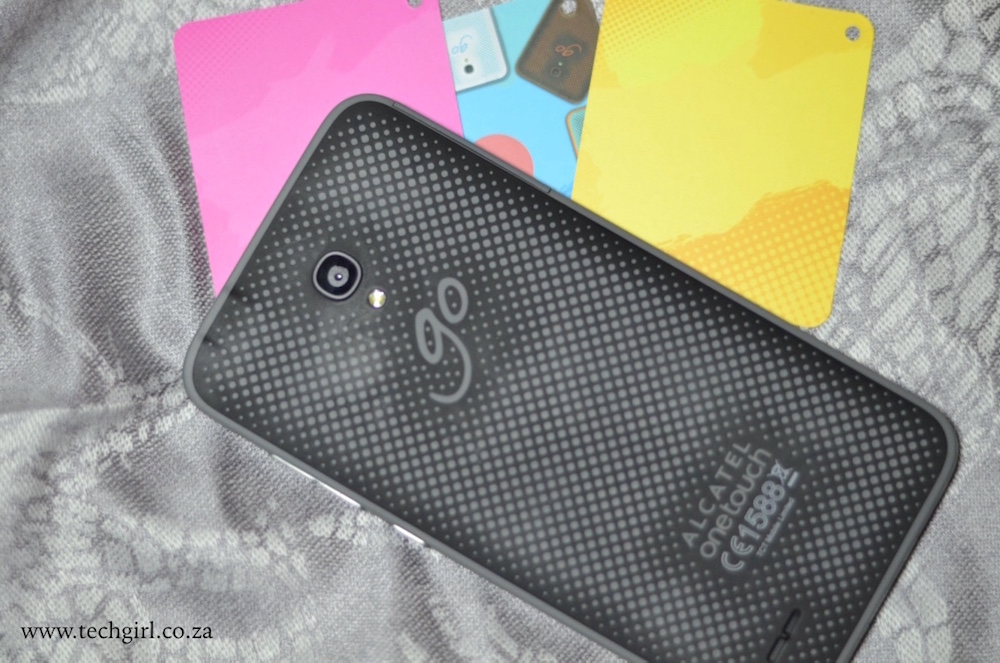 The Alcatel OneTouch GO Play isn’t going to beat my iPhone but considering the price it really is a super little phone. The battery lasts a full day, it’s pretty damn durable and it can handle the day to day pressure most crazy busy girls put on their phone. It also comes in such a funky waterproof case that can be used as a little make-up bag or great place to secure electronic items. Silly, but better than the copious amounts of cardboard we end up using for smartphone packaging! 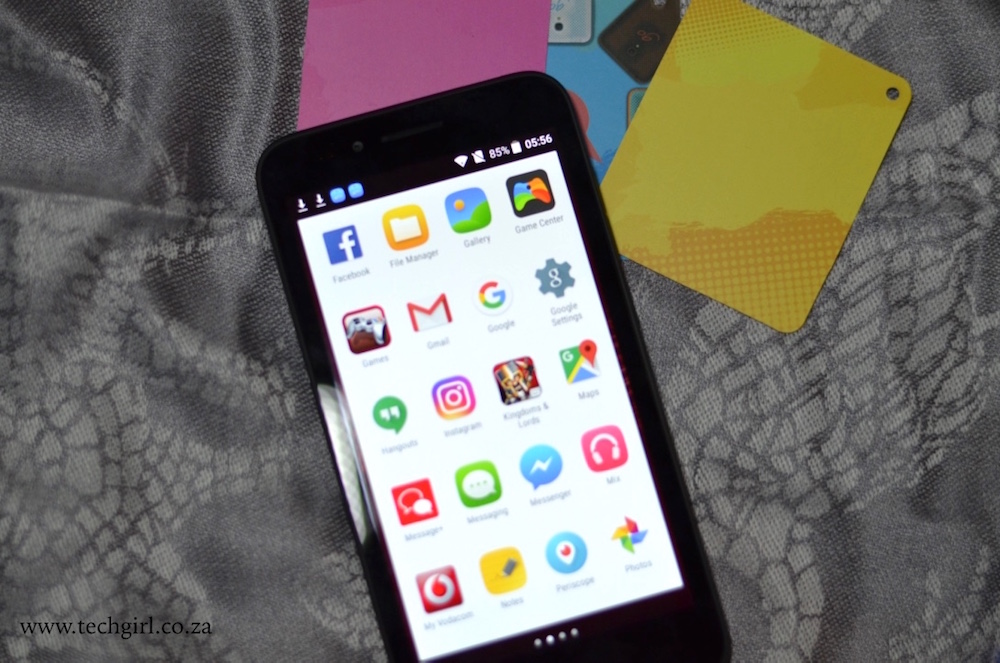 Disclaimer: I was sent the Alcatel OneTouch GO Play to review. It goes back now!