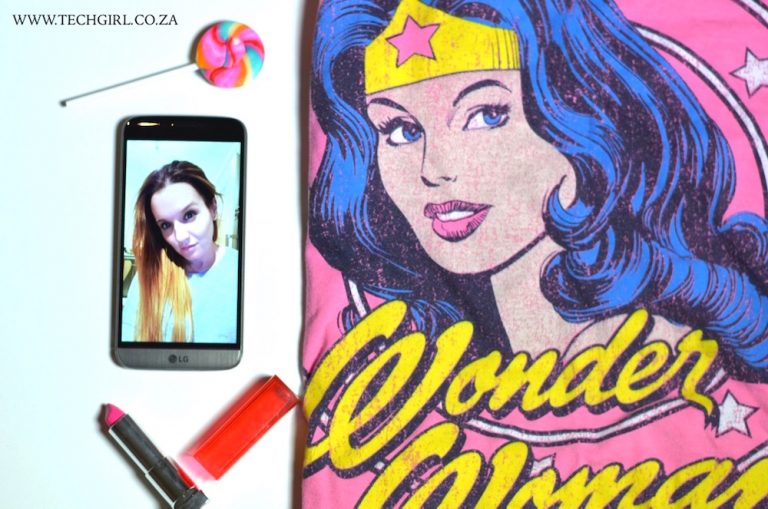 Between R9990.00 and like 12k if you’re going to drop hard cash (according to Price Check) but there are contract/slave deals available.

I think I say it every time I come across a smart phone to review: Phones are boring. There is nothing really “new” coming out. The extent of the changes tends to be a few size adjustments and an upgraded camera. Oh, and the promise of extended battery life… * chuckles * 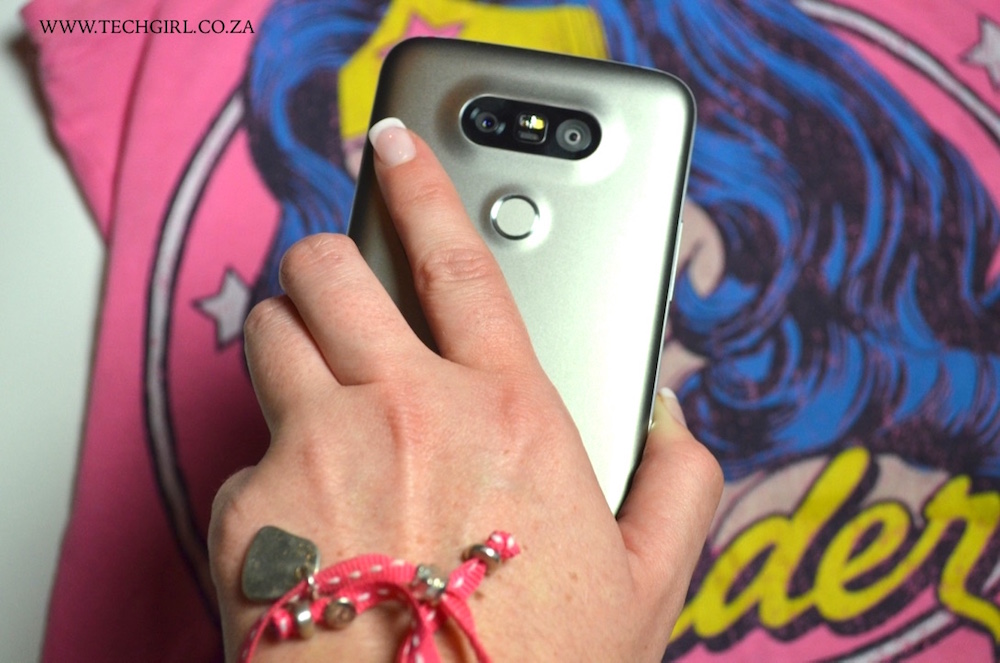 And yet when the LG G5 landed on my desk it offered something different and new. The G5 has a modular design. What this means is that the phone allows you to swap out parts of it to better aspects of the device. So for example you could insert a module that makes your phone camera into a more super awesome version of your phone camera. The theory behind it is solid and I’ve seen enough modular phone kickstarters to realise this may be the way of the future. It’s something new. Yay!

But does it work?

Can the LG G5 go up against the bread and butter smart phones of 2016?

In my opinion, it does work, pretty damn well and the phone definitely is a contender for one of the top releases of 2016. LG have dropped the cheap plastics they used in their old models for a full metal design which feels nice in hand, looks beautiful and appears a little bit stronger. My only complaint is the weird edge that runs along the phone. It’s like the cover wasn’t sanded down properly.  While it isn’t sharp it is hard not to notice it. I eventually got over it but I’m not sure everyone will. It’s weird and different but not in an innovative way. Besides the sore thumb design flaw the phone fits nicely in your hand – LG have stopped trying to tinker with dimensions and shapes and rather just adopted what everyone else is doing design wise. It works. 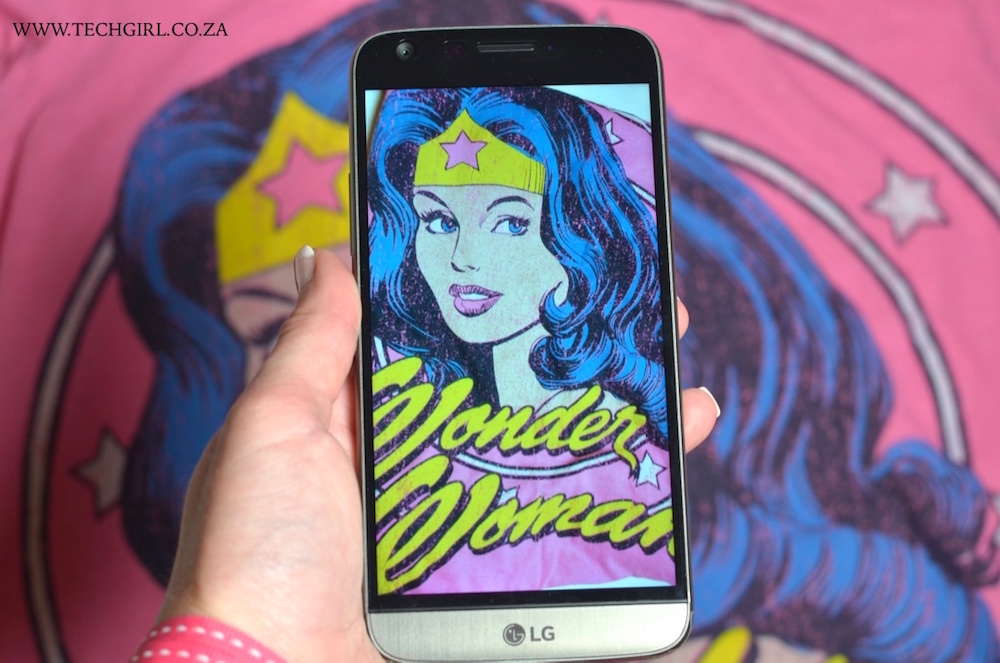 The screen is fantastic, just like Huawei, iPhone and Samsung. I’m not going to get in to the nitty gritty stats stuff (yawn) but while nothing is cutting edge, it is going to save you some battery life as it is not running a SUAFHD (Super Ultra Amazing Fantastic High Definition) screen. Yes, I just made that up. The point is that these fancy names for displays are getting ridiculous now. The display on the LG G5 is on par with everyone else. And it shows you the time/date etc. without you having to switch the screen on (think digital watch) – so you’ll save battery that way. I counted once: I checked the time on my phone at least 25 times in one day.

The LG G5 has a removable battery ala Blackberry days. It doesn’t ship with a second but you can purchase one and carry it around rather than a clunky battery pack. I touched on this particular feature in my Gadget Haul video which you can watch by clicking here (it will open in a separate tab for you). 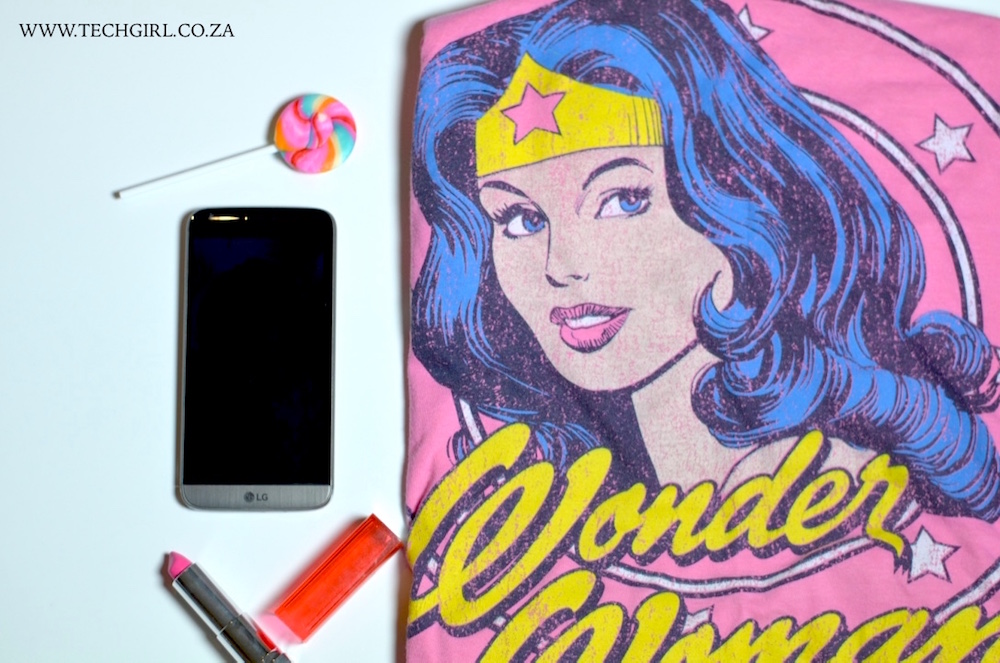 The camera is phenomenal. There are 2 cameras which allow the user to take massively wide photos. None of your friends will ever feel left out of that group photo. The camera can reach up to 175 degrees which is higher than what people see, so that is rad. Image quality is superb. The LG G5 also has a low light setting which is amazing. Club photos have never looked this good! You can distinguish colour, writing and objects when taking a photo in a room, at night, with the lights turned off and without a flash. Obviously you’ll need some light from somewhere… but you get the picture!

Now let’s touch on the modular design. Basically you could remove the bottom piece of the phone and replace with with “friends” (LG called them that not me). You’d be able to add bits of tech to increase battery life, upgrade the camera etc. I had no access to friends so I cannot tell you how they function but the idea is pretty solid.

The LG G5 performs well and is on a par with the other manufacturers’ offerings. It’s a super phone. The battery lasted well and it performed lightening quick (though I expect that from flagship offerings). The screen was amazing and the photo quality out of this world. 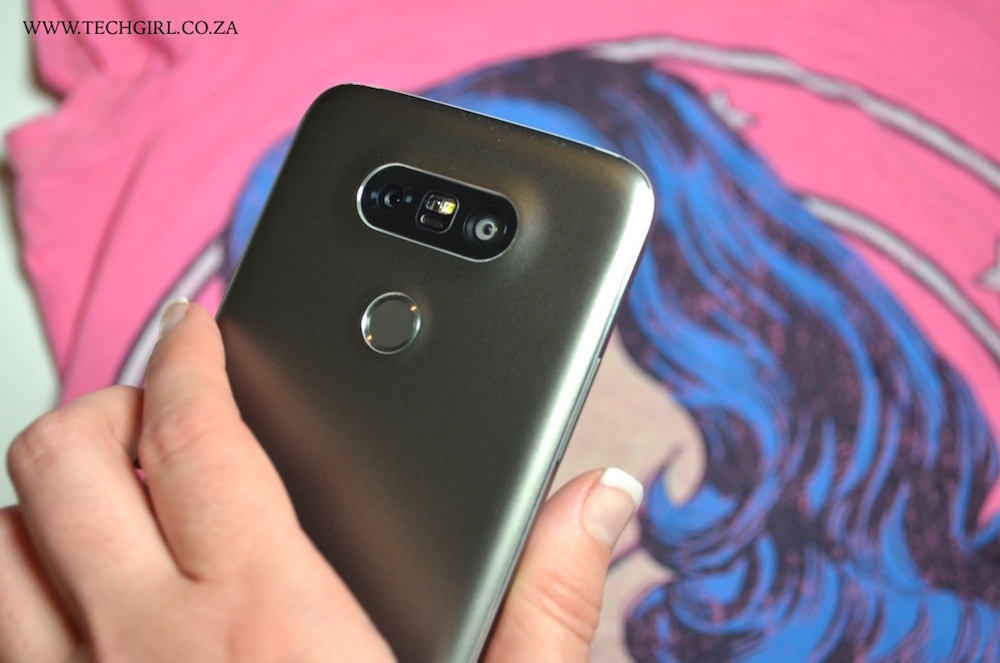 The modular phone idea is awesome however I do have some concerns. Buying a great modular phone with a 10k price tag is all well and good, but to utilize the modular functionality you’re going to have to drop even more cash on the various modules. You’ll drop a lot of money on pieces of tech for a phone that will likely be replaced with a new offering in a year. Also, these things never seem to materialize in South African markets so you may end up having to purchase your modules overseas and ship them in with Aramex Global Shopper. Another whack to your wallet.