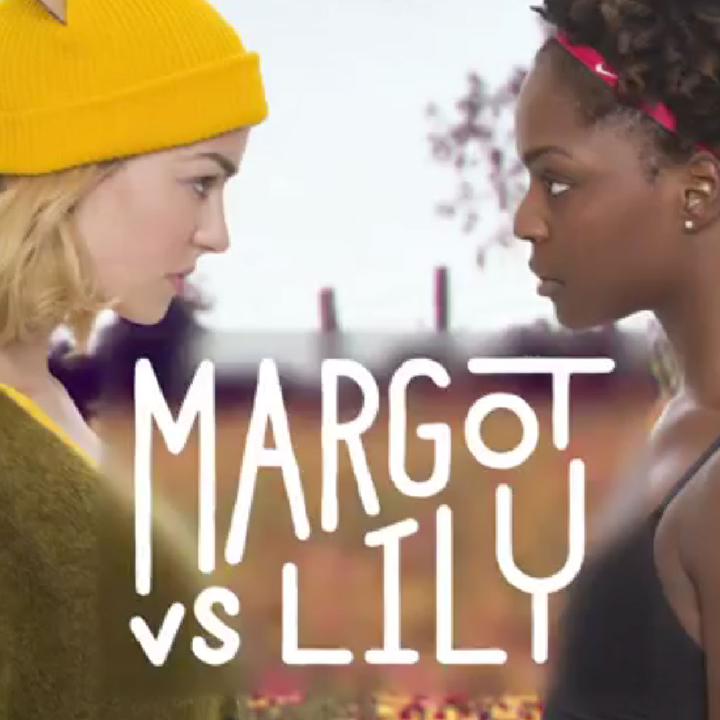 I heard about this Nike video series called Margot vs Lily a  few weeks ago when I was invited to a Nike NTC Live Workout. Unfortunately I was unable to attend the work out (I had to get to the other side of Joburg to take my mom sky diving for her birthday the next day!) and never saw the premier of the video series. My boss shared it with me this past weekend and I finally took the 8 minutes to watch it. Amazing!

Nike has put together an 8 episode YouTube series about two sisters. One is not a fitness person at all. She’s the partying lost soul while the other is an extremely influencial fitness vlogger who struggles to communicate with people off the internet. You’ll remember that I started a fitness journey at the beginning of the year. I train with my friend Lex daily. Lex is a fitness demon and a constant source of inspiration. So I suppose I identified with Margot, the unfit sister, rather well. Even a month in I struggle with this gym thing. Argh!

However, Lily, the fitness vlogger was someone I also felt a sort of kinship too. Not because she is involved in fitness or actually has a successful YouTube Channel (something I’m really struggling with) but because her struggle to make real friends offline and outside of her blogging world is something I’ve also battled with. Most people just don’t get the blogging thing so it can be hard.

The series is going to follow both girls as they attempt to achieve their goals.

I don’t want to ruin the story so watch the first episode:

I love how Nike has touched on issues so many young girls can identify with: from the world of the internet to just getting off the couch. The entire series seems to be focused on helping you find YOUR inspiration. I already love the route is going.

What do you think of the series? Will you be watching the other episodes?