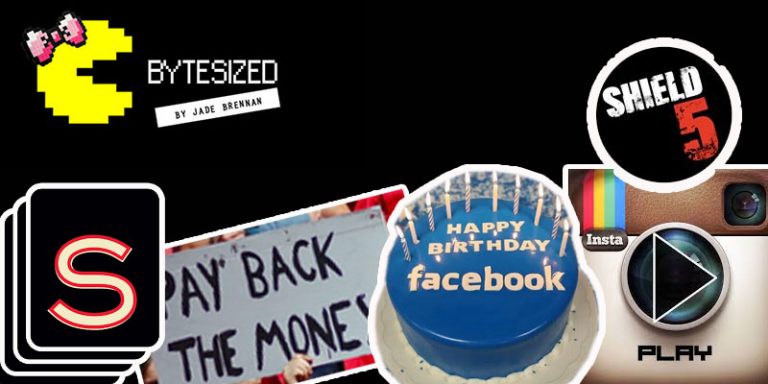 Find out the REAL reason why Zuma decided to pay the back money, why you should listen to the best podcast of all time: Serial, Instagram releases its first series thriller, Facebook is now a tween and more in this week’s edition of Bytesized.

There can be only one explanation for Jacob Zuma paying back the money. They put the people from Edgars onto him.

LISTEN I have tried to convince people to listen to Serial. And only one person has, who is now my all time favourite BFF (you know who you are). Serial season 1 was the most downloaded podcast of all time.

Season 1 followed Adnan Syed who was accused of killing his ex girfriend Hae Min Lee under really weird circumstances. The awesome folks at NPR (same people who do another amazing podcast, This American Life) looked at the evidence and spoke to friends and family as well as Adnan, who has spent the last 16 years in jail.

Yesterday his appeal trial started and in the next few days we will know whether he gets a retrial. If you have no idea what I am going on about, please listen to this. Spoiler alert: listen to the series before you listen to the update on the hearing.

Season 2 started in December, and to say that I didn’t almost cry when I found out instead of weekly, a new episode would be released every 2 weeks, would be a lie. It follows an American soldier who walked away from his camp and was captured by the Taliban for 5 years. The US is now looking to convict him. Start listening here.

WATCH Instagram has launched its first movie, released in 15 second segments, called Shield Five. It is a thriller series, with one video released every day in February. All in all it is 7 minutes long and you can start watching it here. Where were you when you were told to join Facebook? I had just finished my Masters and was back at home before I went off to Taiwan. My varsity buddy phoned, told me to sign up to this thing called Facebook so we could stay in touch and then put the phone down.

View your own Friends Day video.

IMAGE With The Oatmeal you can never go wrong. (Check out the Exploding Cats game)