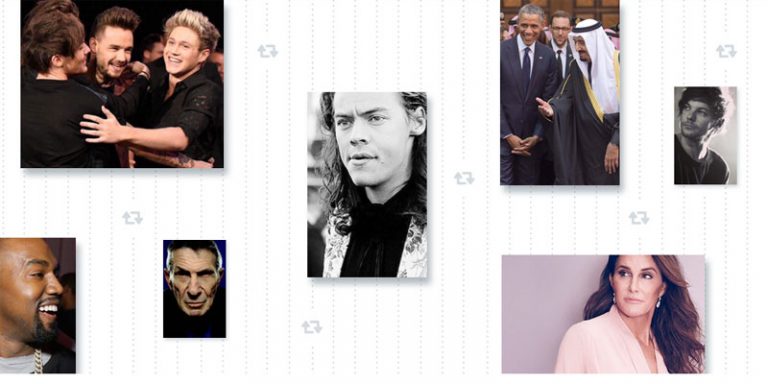 Basically One Direction owned Twitter – The most retweeted tweets for 2015

If you send out a tweet and no one reads it, RTs it or loves it, does it even matter? Probably not. 2015 was a good year for retweets especially if you were in a band called One Direction.

THE BOY BAND: One Direction

All the love as always. H

When 1D released their first song as a 4-member boyband, Zayn tweeted this.

Before the split, Liam sent a shout out to his boys celebrating 5 years together.

Our fans support really has been a different class ! Huge love to you guys !! — Louis Tomlinson (@Louis_Tomlinson) May 7, 2015

THE LEADER: Obama announcing that gay and lesbian couples have the right to get married.

Today is a big step in our march toward equality. Gay and lesbian couples now have the right to marry, just like anyone else. #LoveWins — President Obama (@POTUS) June 26, 2015

THE LEADER: King Salman was crowned King of Saudia Arabia, and he sent a message of prayer and support to his people.

Please: Do everything you possibly can in one lifetime.

I’m so happy after such a long struggle to be living my true self. Welcome to the world Caitlyn. Can’t wait for you to get to know her/me.

A life is like a garden. Perfect moments can be had, but not preserved, except in memory. LLAP