And the Oxford word of the year goes to an emoji. Specifically the ‘Face with Tears of Joy’ emoji. Someone better let Oxford know that it is not a word. Awkward.

Partnering with Swiftkey, Oxford chose the emoji because emojis have become part of our language and this particular one, was the most used globally.

Apparently your most used emoticons say a lot about you. 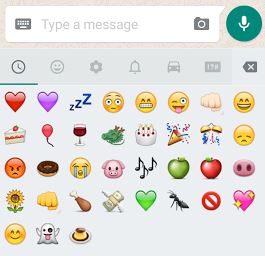 From this: I’m a lover that enjoys naps.

I get shocked, smile and teased a lot.

I have some Geordie Shore in me and love the fist pump.

Food, vino and partying take up a good part of my time.

Then there’s a chicken leg, pig snout, money, ants and pudding. This just shows how random I can be.

Want your what’s app analysis done? Post a screenshot of your most used emojis in the comments and I will give you a free reading.

While the emoji took first place, here are some of its competitors that didn’t make the cut.

Previous word of the year winners include:

Learn more about the emoji with 5 Facts About Emoji.