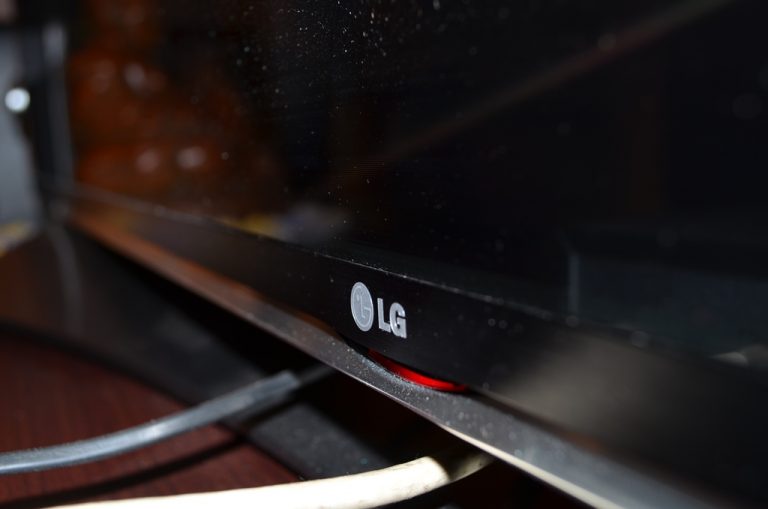 When a gigantic skinny box arrives at your door you’re bound to get excited. When you have to try get it out of the box, that excitement dissipates and pure frustration sets in. Never fear though, when you drop a pretty penny on the 65″ LG Super UHD Television they send some folks to unpack it and set it up for you.

It is a glorious looking device: extremely thin (don’t be fooled, that doesn’t mean light) with either a wall mount or a sexy brushed metallic silver stand that is relatively easy to set up. What surprised me most about this television is that it lives up to the “plug and play” mentality. Within a few minutes of plugging it in I was able to start watching TV with minimal set up time. I was impressed. 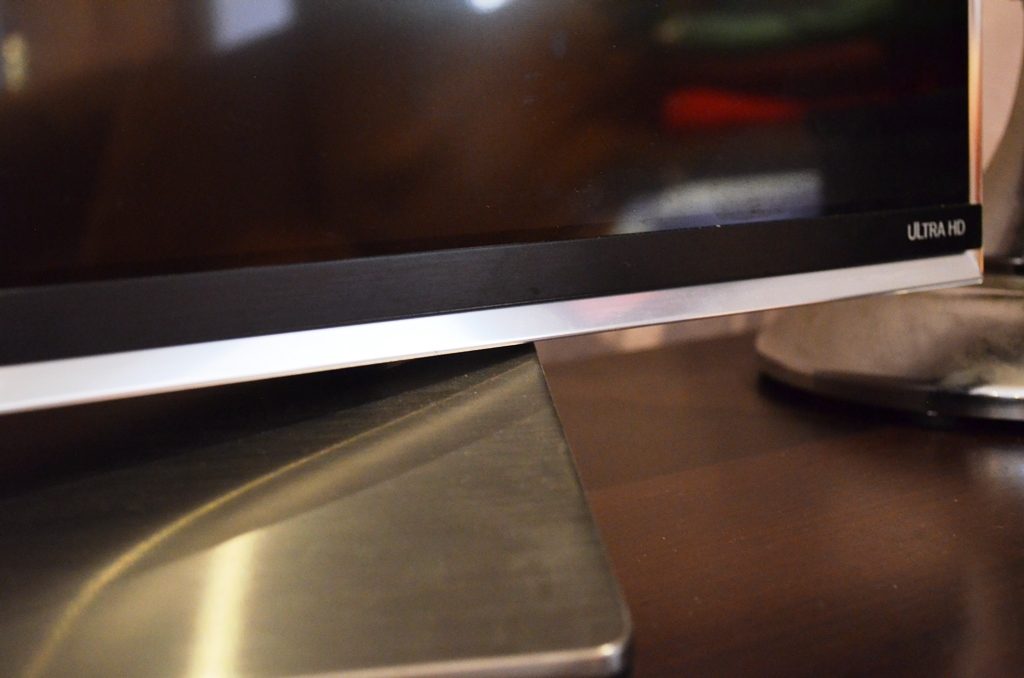 In the box you also get a host of adapters for older set ups if you don’t have HDMI cables or display ports and the like. However, if you’re dropping this sort of cash on a top of the line television you may want to consider upgrading your system. I have a DSTV decoder that is probably more than 10 years old – it showed – other than the sports channels everything else displayed grainy and disappointing pictures on a television designed to give you images in all their gorgeous 3D glory.

Despite the size of the LG Super UHD TV it fitted in to my little lounge and didn’t really hurt my eyes when I was getting up close and personal with it (unless I was trying to view those awful DSTV images). It is an absolute viewing pleasure.

There is also smart TV functionality included so you can connect it up to your WiFi and stream YouTube videos or sign up to your favourite streaming networks. I didn’t really utilise this feature much when I was reviewing the unit because my time was spent watching all my favourite superhero movies again and enjoying a glorious visual spectacle that I didn’t think was possible outside of the cinema.

The marketing blurbs keep referring to the LG Magic Remote however we didn’t have one included in our review unit. Luckily my current television is an LG and our old remote worked just fine with the new guest. 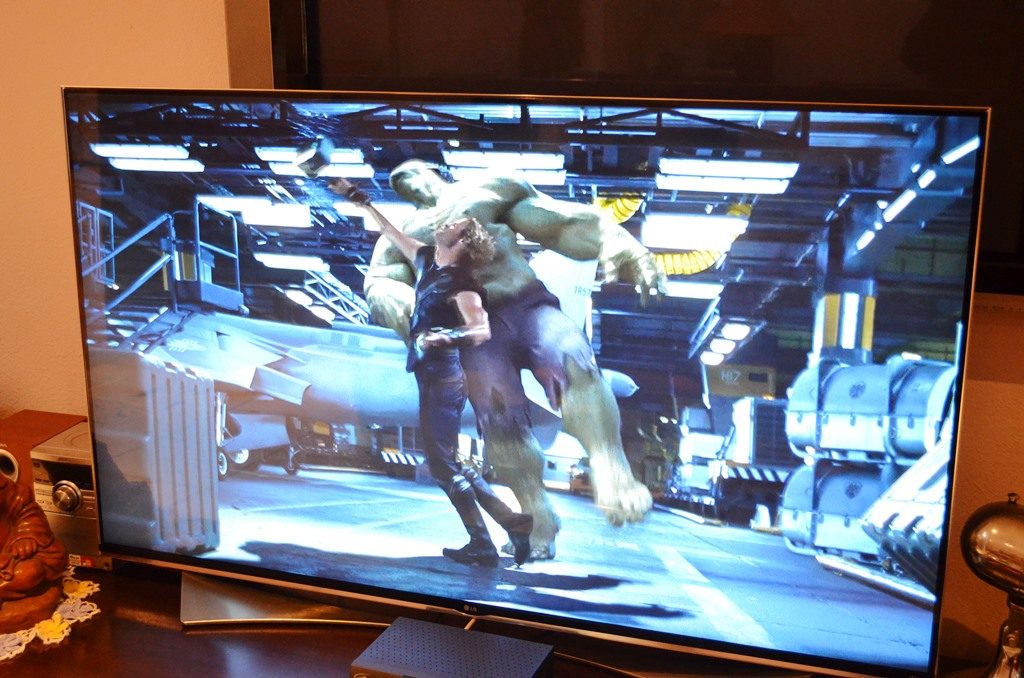 My only niggle with the experience was the sound. LG partnered with Harmon/Kardon for the sound capabilities on the television but I found that they didn’t quite deliver what I would have expected.

The truth is, very few of us have the type of cash lying around or need to fall in to that sort of debt to purchase this television. Can you really justify dropping 37K on a 65″ piece of gloriousness? The likelihood is NO. However, LG is rolling out the same imaging in smaller models which are a bit more suited to mine (and possibly your) budget. This is the queen of the group but her smaller housemaid is going to bring you just as much joy. If you’re a fan of action and being sweeped away in to a world of gorgeous colours and real life imagery – start considering a TV upgrade. 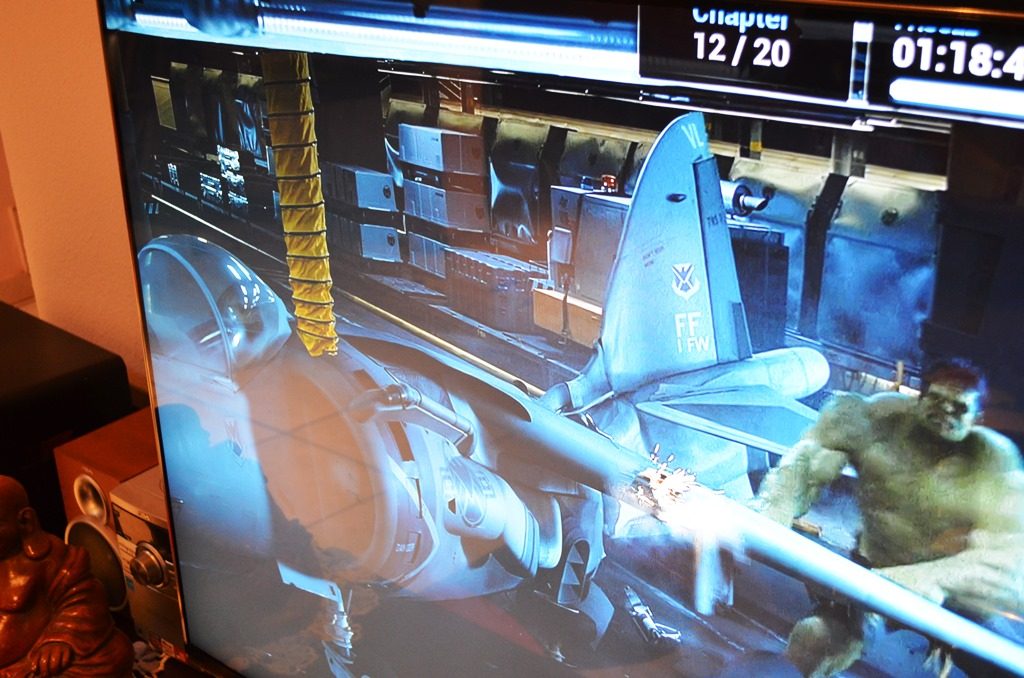 Disclaimer: This was a review unit. We get the TV for two weeks and then they come and fetch it.