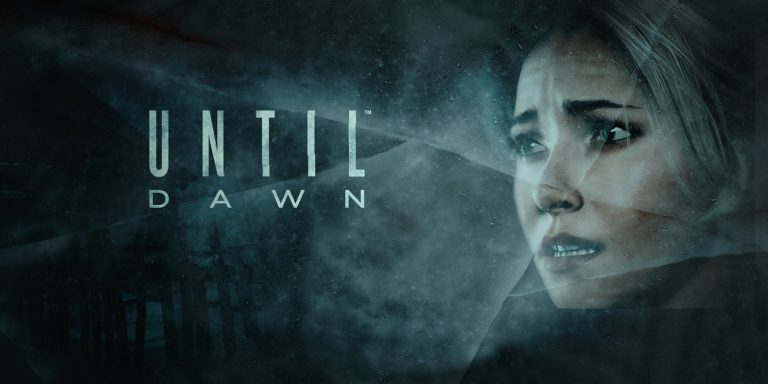 At the time of writing this, I had survived Until Dawn. The road was tough, lost a few friends along the way, was betrayed by a few of them, and pushed to the limit by others. I had to do things I was not comfortable with, and make decisions I soon came to regret, but I made it until dawn, and my heart now needs a vacation.

Until Dawn is a brand new take on the horror genre, it is everything we question when watching a horror movie. “Don’t go in there, don’t hide under the bed”. This time around you don’t have to, but your decision might not be as smart as you think, as it could ultimately lead to your death or the death of your friends around you. With its superb script, facial animations, and well-imagined setting, Until Dawn scared the living out of me, but I could not stop playing it as its mystery and take on the Butterfly Effect is highly addictive. After 12 hours I was into my second play through doing things completely differently, taking different routes and saying different things to different people to see the complete opposite take place. 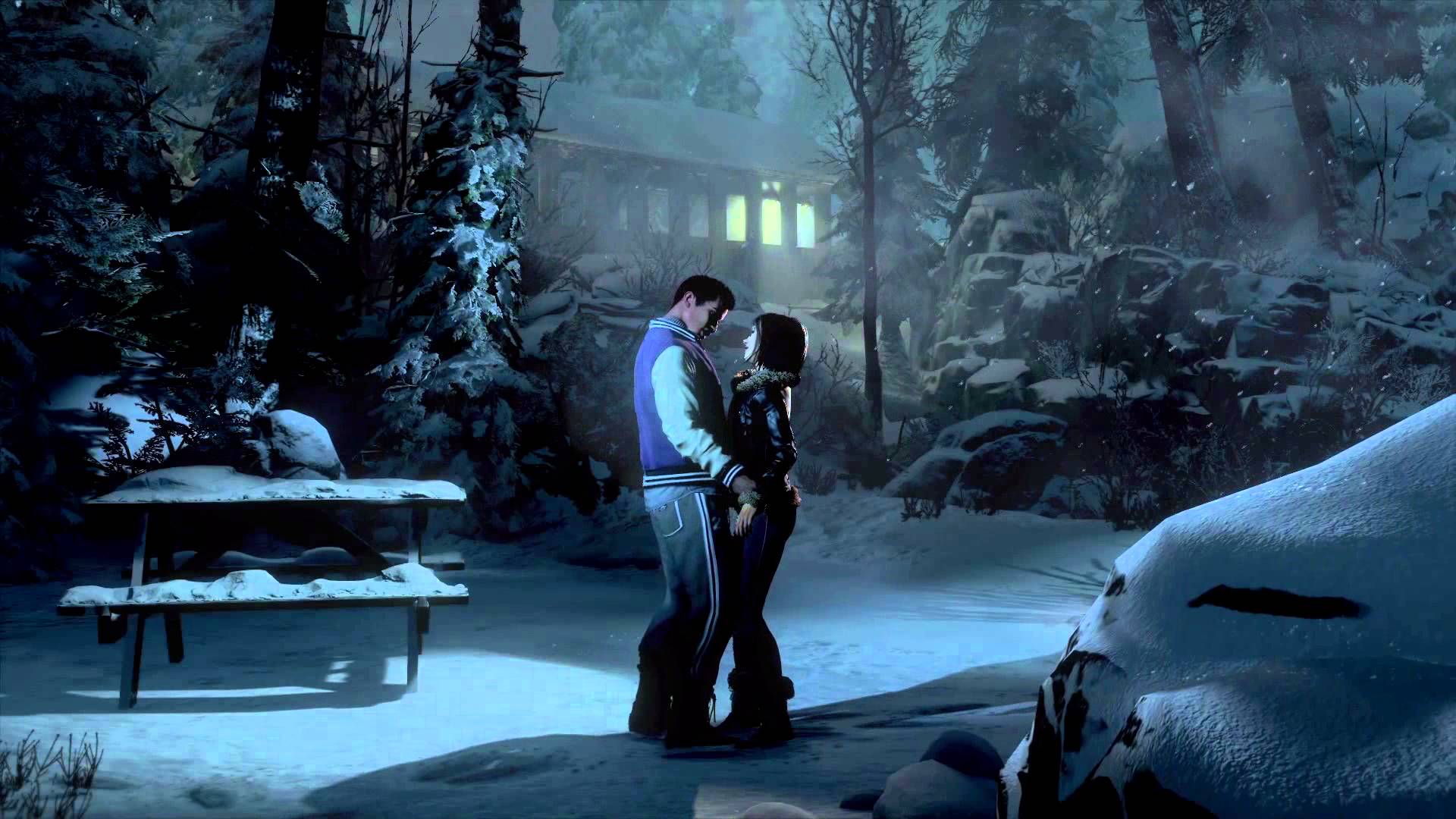 Until Dawn focuses on the Butterfly Effect, the idea that one simple decision could change the outcome of the rest of the night, and this is the game’s strongest mechanic as it drives you to question your own moral fiber. Eight teenagers are trapped in a remote mountain retreat, and just as any typical horror story goes, they are not alone. A psychopath is on the loose hunting them down one by one. His intentions? No one knows, all they do know is that their lives are in danger.

The cast is phenomenal, with actors like Hayden Panettiere from Heroes, and Meaghan Martin from Mean Girls 2 taking centre stage. What makes it so much more realistic is the tech behind the game’s engine. It has the best facial animations I have ever witnessed in a video game, it is just unbelievable how these characters in the game are so realistic and their fear, sadness, and pain are all portrayed through this tech. Not only is the cast great, but it sways far from your typical horror film with the dumb stereotypical blonde girl, the jock, and the survivor, who just manages to make it out of every situation. Sure at first the cast will fit into these placeholders, but as you fall in love with them you begin to see that they are not just a cliche cast of characters, rather they are all survivors, and will fight till the end. The teenagers are all friends with some of them liking each other more than others, and some of them holding dark secrets that you can reveal if you want to. As you progress through the game you will either increase your friendship with someone or destroy it. Although I never actually got to experience any extreme consequences to any decisions I made in terms of saying the wrong thing to a friend, the possibility is there. 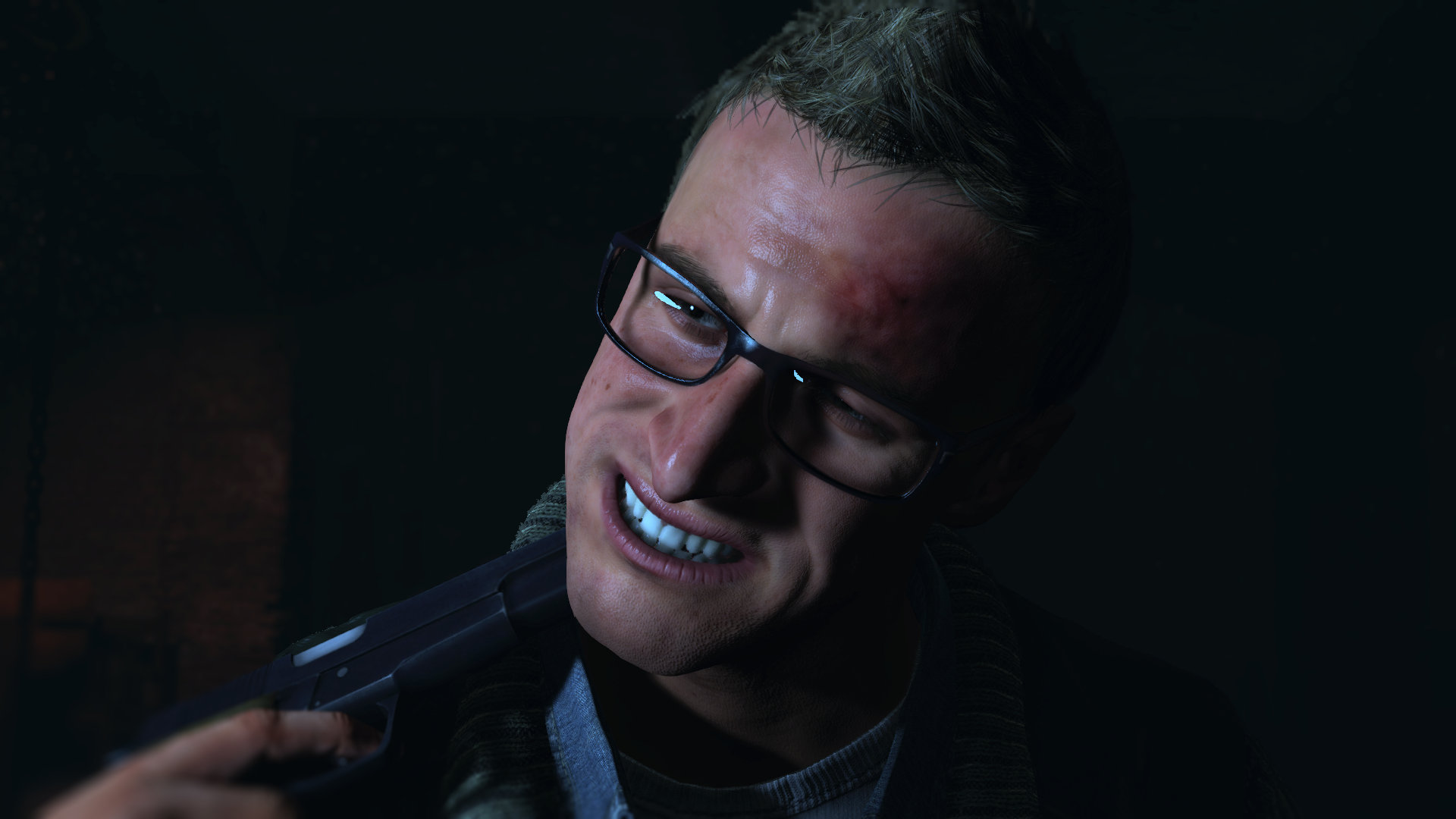 Until Dawn introduces the idea of multiple possibilities to a story. Every decision you make could branch out into different possibilities for the future, and although it is game, if a character dies because of your decisions, they are gone for the rest of the story. There are no revives, no checkpoints to reload at, and zero chance of you redoing the last part that killed your best friend, or yourself for that matter. It is done and the story moves on with or without you. The same goes for the movement in general, during the game you will control each of the 8 friends, revisiting their trials and tribulations throughout the game. The characters will separate and re-group up, with limbs missing or not, it all depends on your actions. Before you go ahead and think that the game is a long movie, it is not. You go from moments of exploring a shed, walking around, interacting with clues and searching for totems, to intense quick-time where you will need to press the right button in the allotted time else you will trip and fall, slowing your progress down and opening you up for death. It is not a movie, and you cannot just put your controller down and watch it as you need to be ready at any moment to prevent an accident. 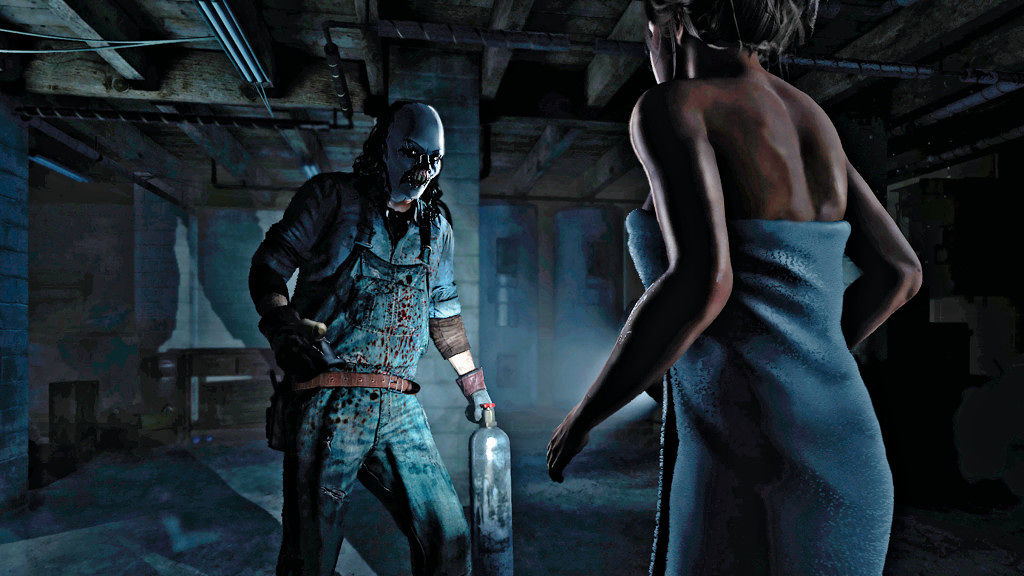 The game is pretty straight forward, and there are no puzzles to get through and complete. You are either in exploration mode, where you can walk around, collect clues to the past, and make your way to the next point in the story, or in panic mode where buttons need to be pressed, analogues need to be moved, and controllers need to be kept completely still, else death. Throughout the game you will come across Totems that will help you identify certain moments in the future that will occur depending on your action. These totems are divided into different categories that show death, fortune, loss, guidance, and danger. They play a 3 second clip that will show a specific event taking place that you will need to either avoid, or make happen when the time comes. Identifying when and where this clip is taking place is always the best way to assure safety. If you see a friend dying in the totem, in a certain place, be aware of this moment when the time comes, trust me, it saved my life many times. 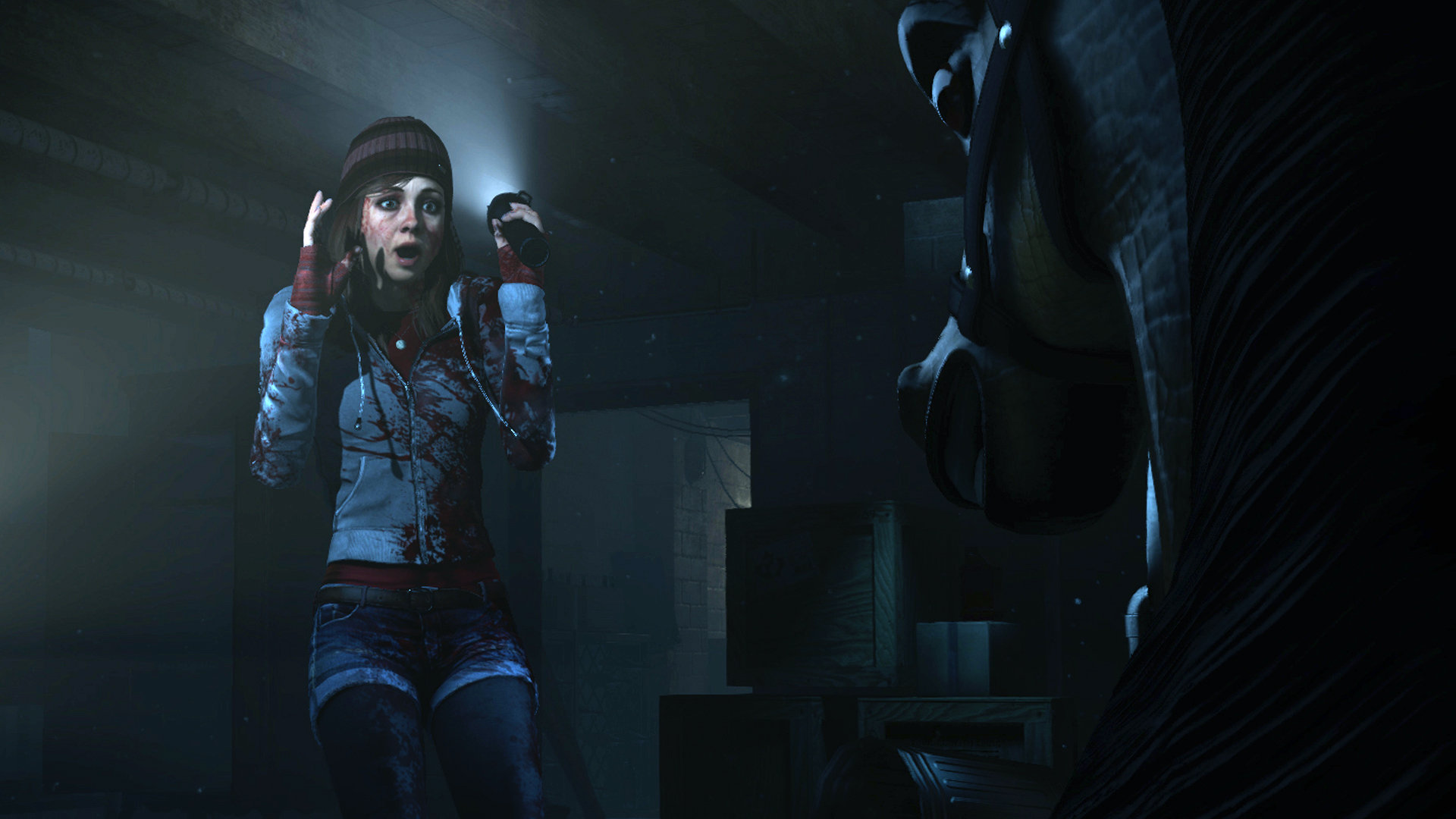 I cannot say much about the story without ruining it, but it is a great script that ties in to real-world scenarios. You will come to familiarize yourself with a few set pieces from some iconic horror franchises, as well as some new formulas that mix in nicely. Until Dawn is very scary, do not get it twisted, but it is the decisions in the game that make it an experience like no other. Having to decide on a friend when a saw blade is going towards them, or just deciding whether or not to hide in a cupboard or keep running down the passage. It is one long roller coaster of emotional stress that will leave you in panic. That Feeling you get when you just killed a friend without even knowing what would happen, it is priceless, and it is what makes Until Dawn so worth the ride. It is a pretty looking game on top of all that, with every single location visited spooky and well-detailed. Until Dawn’s new take on horror and decision making is an experience that is extremely unique. You will want to replay the game a couple times to see every single ending, and every single possibility.

Until Dawn was an epic experience, I had my brother watch me play it from start to finish and he would not let me play it without him being in the room because he did not want miss out on the story, which was a godsend for me because there was no way in hell I was going to play it alone anyway. It is definitely an extremely unique experience that takes everything we are tired of seeing in a horror movie and shows you that an experience can be scary and it does not have to be so cookie-cutter and conform to the ideas of a typical horror in order to do so. I highly recommend getting this, and if you want to torture someone, just sit back and watch them play it.

Disclaimer: This review was conducted on a review copy of the game that was given to Tech Girl.