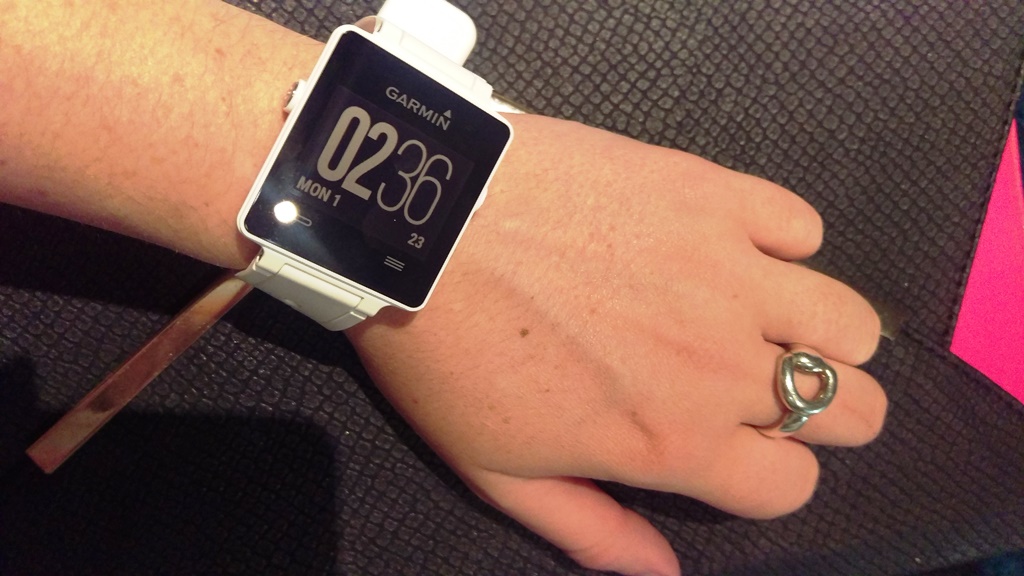 I constantly get asked about smartwatches and, if I’m honest, no matter the brand I tend to feel they’re over priced and unnecessary. None have come a long and changed that view. While the Garmin vívoactive is rather lovely to look at…. my feelings haven’t changed.

I’ve always felt that smartwatches don’t target women. They’re big and clunky and ugly. Apple tried to change that by marketing to females but I still think their first design of the Apple Watch is not worth the chunk of money you have to put down for it. I blogged about the Garmin  vívoactive when it was released as it was specifically designed as a fitness watch that could cross over to every day use. Needless to say, when it arrived on my desk I was excited. 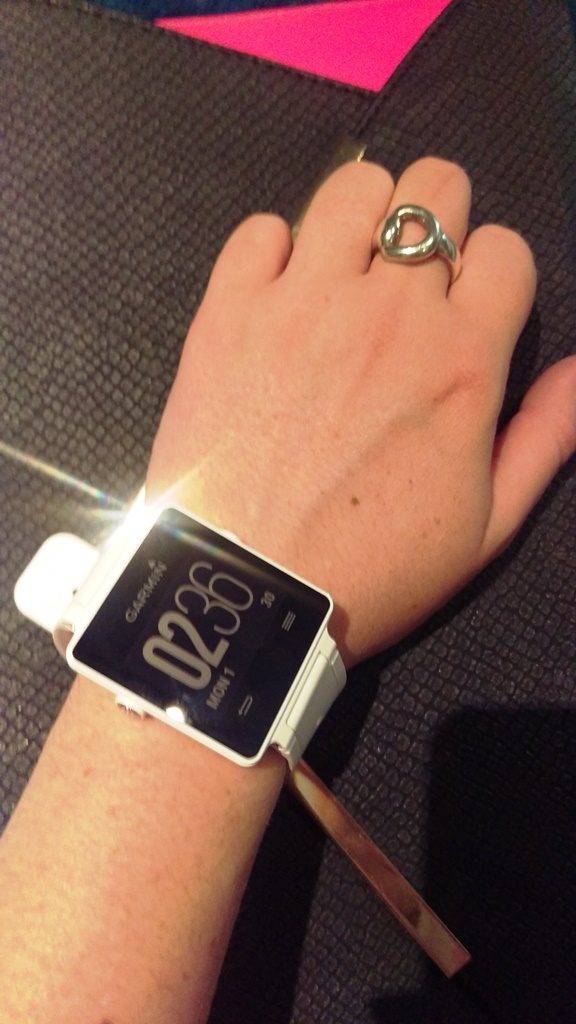 Straight out the box – it is extremely light – which is great for the fitness fanatic who doesn’t want a big clunky watch on their wrist. The watch is still rather plastic in feel and look but that would be to ensure you can give it a beating when riding your bike or running the trails. Also I’m pretty sure making something “pretty” isn’t first on the design list when you’re working at insuring the smartwatch is water resistant (which this one is). Saying all of that, I thought it was a far more classier than other fitness watches. However, I still found it a bit big for my wrist. I received a white version which I think was somewhat “prettier” than the black but you’d likely want to purchase a few different bands to ensure a blingy watch on your wrist when crossing over from gym to work to cocktails after work.

The tracking options on the watch are pretty rad. You can track running, cycling, swimming and even golf, if that is your thing. Utilising GPS it is a far more accurate fitness tracker than some of the step counters on the market. Though it counts steps as well and tells you when you haven’t been moving enough! 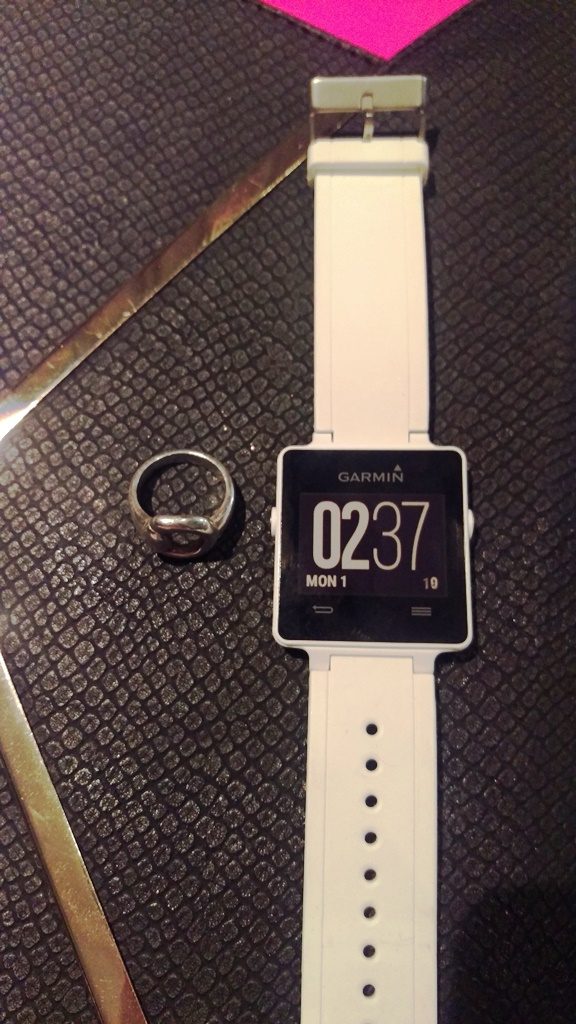 Sounds a bit like every other fitness watch right? Well here’s the fun part – the Garmin vívoactive is also a smartwatch. Any notifications from your phone come to the watch including Whats Apps, Tweets and even Uber notifications. I liked that once the notification popped up, after a few seconds, it was stored in the notifications centre. You can only read a short snippets though, so don’t expect to be fully up to date on the latest Whats App group drama. The display screen is also not a great resolution so you may be squinting to read those snippets.

The selling point of the Garmin vívoactive is the incredible battery though. It lasts for weeks and that, for me, is a biggie. Who has time to remember to charge yet another device? 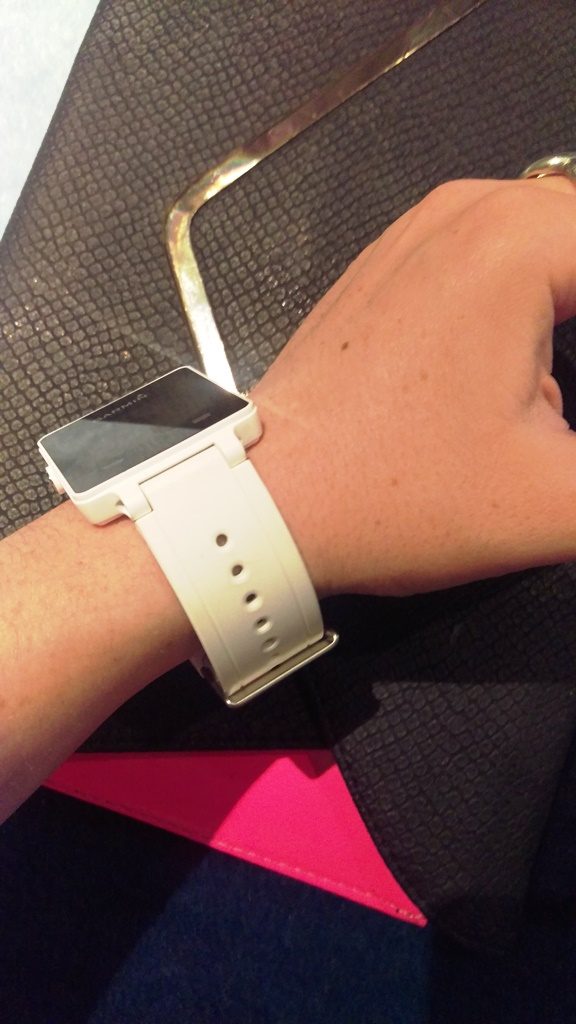 While the battery life might be incredible and the smartwatch bit is fun, it isn’t a reason to drop 5K on a watch. The fitness tracking is rather impressive and the design is pretty enough most girls won’t find this the ideal cross over from workout to work. If you’re fitness obsessed or training for Iron (wo)Man, consider this one. If not? I wouldn’t rush out to buy it just yet.

Disclaimer: We were given a review unit that was sent back after we used it for two weeks. 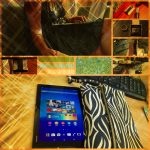 Instagram’s Layout App is all sorts of wonderful 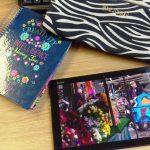 Another Android tablet review – thoughts on the Sony Z4