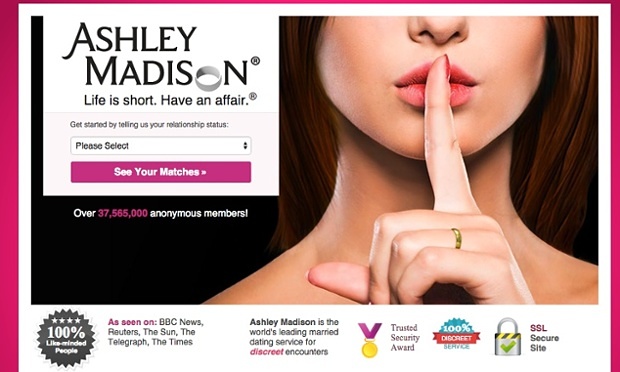 The site that has been the centre of a lot of adult fights, Ashley Madison, has been hacked. AshleyMadison, who helps married people find a mistress/mister, has more than 37.5 million users. The slogan, very appropriate, reads

“Life Is Short. Have an Affair”.

The hacker group calls themselves The Impact Team and they claim to have compromised the cheating site’s database, financial records and of course the information of the users.

Brian Krebs, the editor of KrebsOnSecurity, first reported about the hack on the 15th of July. CEO Noel Biderman of Avid Life Media – the company who owns Ashley Madison – confirmed the hack to Krebs and said the company was working diligently and feverishly to take down ALM’s intellectual property. The other two sites of Avid Life Media, Cougar Life and Established Men have also been compromised.

The Impact Team claims to have all relevant information of the company’s database. The group has only released 40Mb of data, including credit card details and ALM documents. This, according to the hacker team, is just a tease and they’re threatening to release further data from the sites if Ashley Madison and Established Men aren’t permanently closed. Someone’s been burned real bad… Or someone’s wife found out and had his car burned real bad.

“Avid Life Media has been instructed to take AshleyMadison and Established Men offline permanently in all forms, or we will release all customer records, including profiles with all the customers’ secret sexual fantasies and matching credit card transactions, real names and addresses, and employee documents and emails. The other websites may stay online,” The Impact Group’s statement reads.

According to The Guardian ALM believes that it has identified the guilty party of the hack and claims this was likely an inside job. So maybe someone is just pissed at their boss then?

The posts on Twitter which apparently linked to pages containing the hacked material are now bringing up “page not found” results. So maybe the users’ identities and financial information are safe, for now.

The hackers believe that what this site promotes, infidelity, is wrong. Which is sort of wrong in my opinion, if you’re married. It can cause a lot of heartbreak, but with so many users, there must be a market for it. So one can probably not stop a company from making a profit out of the cheating needs of people. According to Biological Anthropologist, Dr. Helen Fisher, it is in human nature to have more than one lover. So what do you think? Is what this site is promoting wrong or are they just fulfilling needs?

Also, would you want to know if your friends, colleagues and significant other had a profile on AshleyMadison?