NAO will be at EduWeek!

The SABC Education Africa EduWeek kicks off tomorrow and it is set to be a cracker. Event organisers are expecting more than 70 technology workshops to run, there are 120 local and international exhibitors AND 20 free to attend seminars. What am I most excited about though?

NAO is a robot. In fact, he is the most widely used robot for academic purposes worldwide. He was developed by Aldebaran Robotics and will be introduced to delegates at Gallagher Estate in Johannesburg by Learning Without Frontiers founder Graham Brown-Martin. 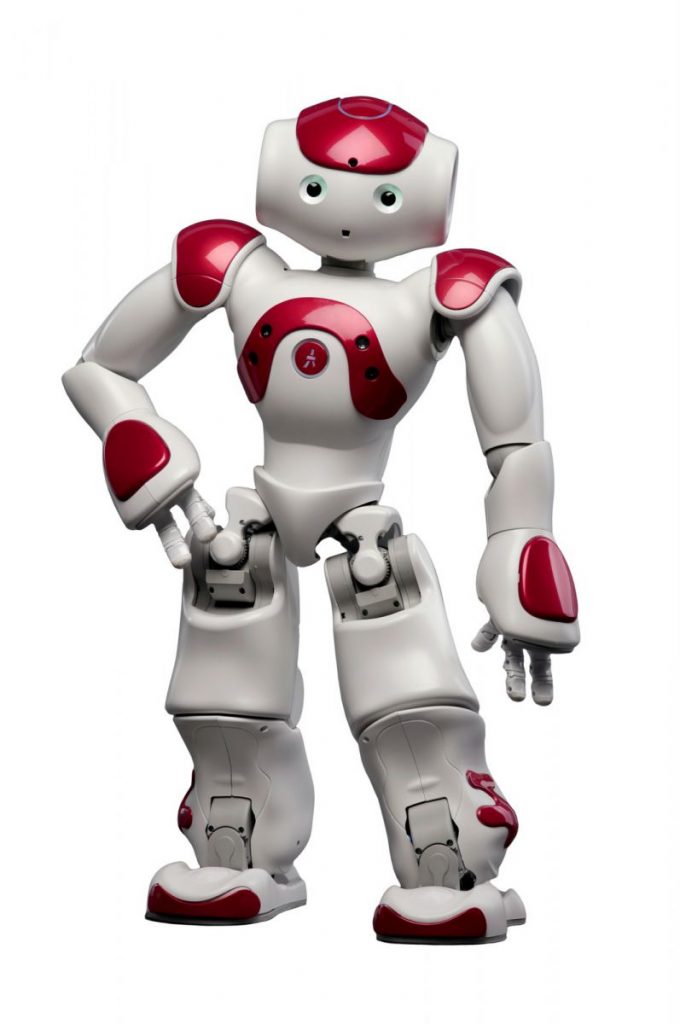 NAO is all sorts of rad. He looks a little human and has built in face and object recognition, speech recognition and text-to-speech in 19 languages. He also has full body motion so he is able to move around, talk to you and recognise you.

The best part about NAO though?

He is able to tech children programming skills. Kids are able to programme NAO to catch objects, dance and walk. How much fun?

He is now being used by schools in more than 70 countries to help kids learn to code. I’m excited to see his debut in South Africa. There is scheduled to be a host of educational tech aids on display at the event. Our favourite mom in tech, Lynette Hundermark will also be there chatting about her role as mom to the “switched on” generation.
What are the chances I can programme NAO to sneak out with me?