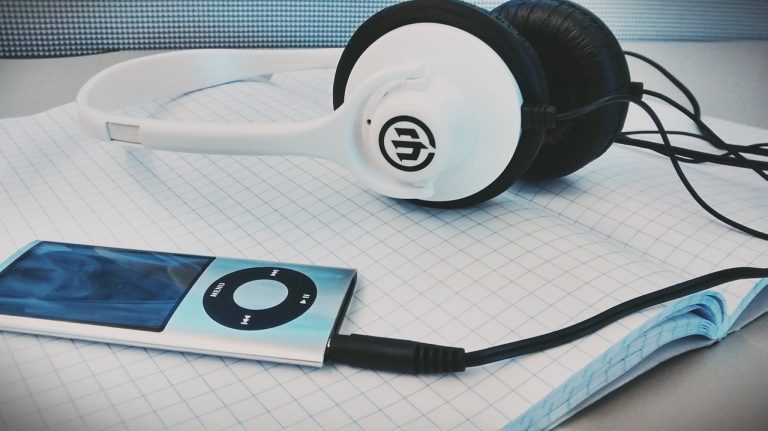 Taylor Swift has Apple Music in the palm of her hand…

Last week Taylor Swift wrote an open letter to Apple saying that she won’t give them the right to stream her new CD 1989 on Apple Music when the service launches (which is today – 30 June – by the way). 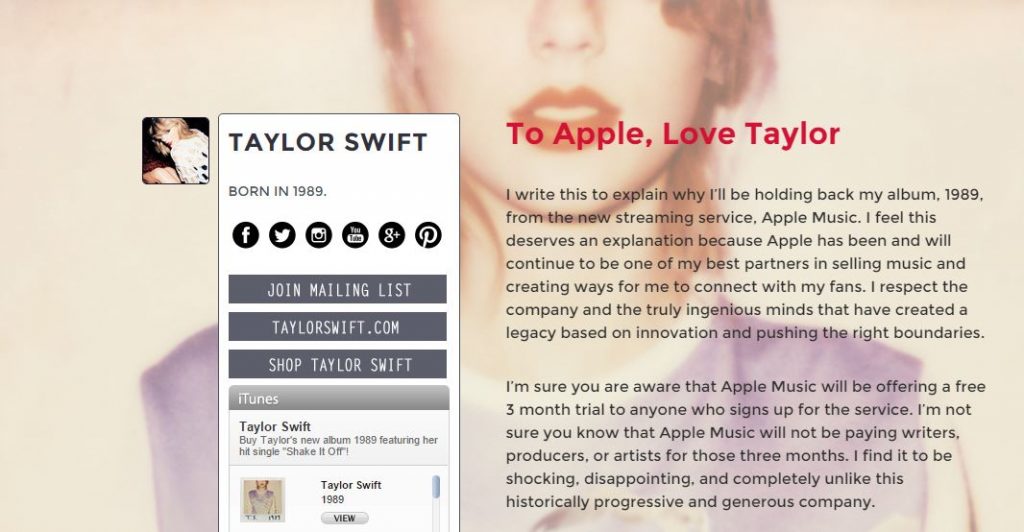 The open letter, which started with “To Apple, Love Taylor” (she’s so nice, #NewSpiritAnimal), was published on Tmblr. “I’m sure you are aware that Apple Music will be offering a free 3 month trial to anyone who signs up for the service. I’m not sure you know that Apple Music will not be paying writers, producers, or artists for those three months.”

But according to Swift, this is not about her: “This is about the new artist or band that has just released their first single and will not be paid for its success. This is about the young songwriter who just got his or her first cut and thought that the royalties from that would get them out of debt. This is about the producer who works tirelessly to innovate and create.”

Ending the letter with an edge, Swift said: “We don’t ask you for free iPhones. Please don’t ask us to provide you with our music for no compensation.”

Apple’s Eddie Cue, head of Internet Software and Services, tweeted later “We hear you @taylorswift13 and indie artists. Love, Apple”. Apple later released a statement that said that they would still pay artists royalties even during the three month Apple Music trial period.

Apple’s online music service will be sort of like Spotify costing about R110 ($9.99) a month, which also includes the three month free trial period. It launches today so if you have an Apple device or PC and an iTunes account you can sign up. It should be available for Android devices early September.

So, Apple is still getting what they want – launching their sassy online music streaming service and Tay-Tay totally made all artists happy and proud. She later tweeted “After the events of this week, I’ve decided to put 1989 on Apple Music … and happily so.”

SO, if you ever want tips on how to publicly speak out about an issue, do it Swift Style. I just e-mailed her about telling everyone they should stop hating on people (me), for thinking they can’t live without the internet and pictures of cats.

Also, Microsoft must REALLY like T-Swift now, haha… I’ll show myself out.