Since the dawn of Pokémon, games have tried to replicate the whole capturing and taming monsters genre. Fossil Fighters Frontier attempts just that, with Dinosaurs, yes, because Dinosaurs are the hottest things since zombies right now, thanks to Jurassic World.

The overall objective of the game is to explore the world collecting Dinosaurs you revive from fossils. Along the way you will battle some other beasts and Dinosaurs while discovery the true intentions of a mysterious organization.

After watching a terrible cheesy anime styled opening scene, with terrible lyrics that belong in a Barney tune, the game will welcome you to the tutorial sequence. This sequence will teach you everything you need to know about the game and its mechanics. Playing as a girl or a boy, you set out as a trainee warden cadet. Your dream is to become a Vivosar Warden, yes, like a Pokémon Master, but with Vivosaurs.

These creatures are trained to fight against other Vivosaurs, and participate in Fossil Parks and tournaments. You, as the player, have a very special Vivosaur in which you create a special bond with, unlike Pikachu, this Vivosaur is 6 stories high and cannot sit on your shoulder. 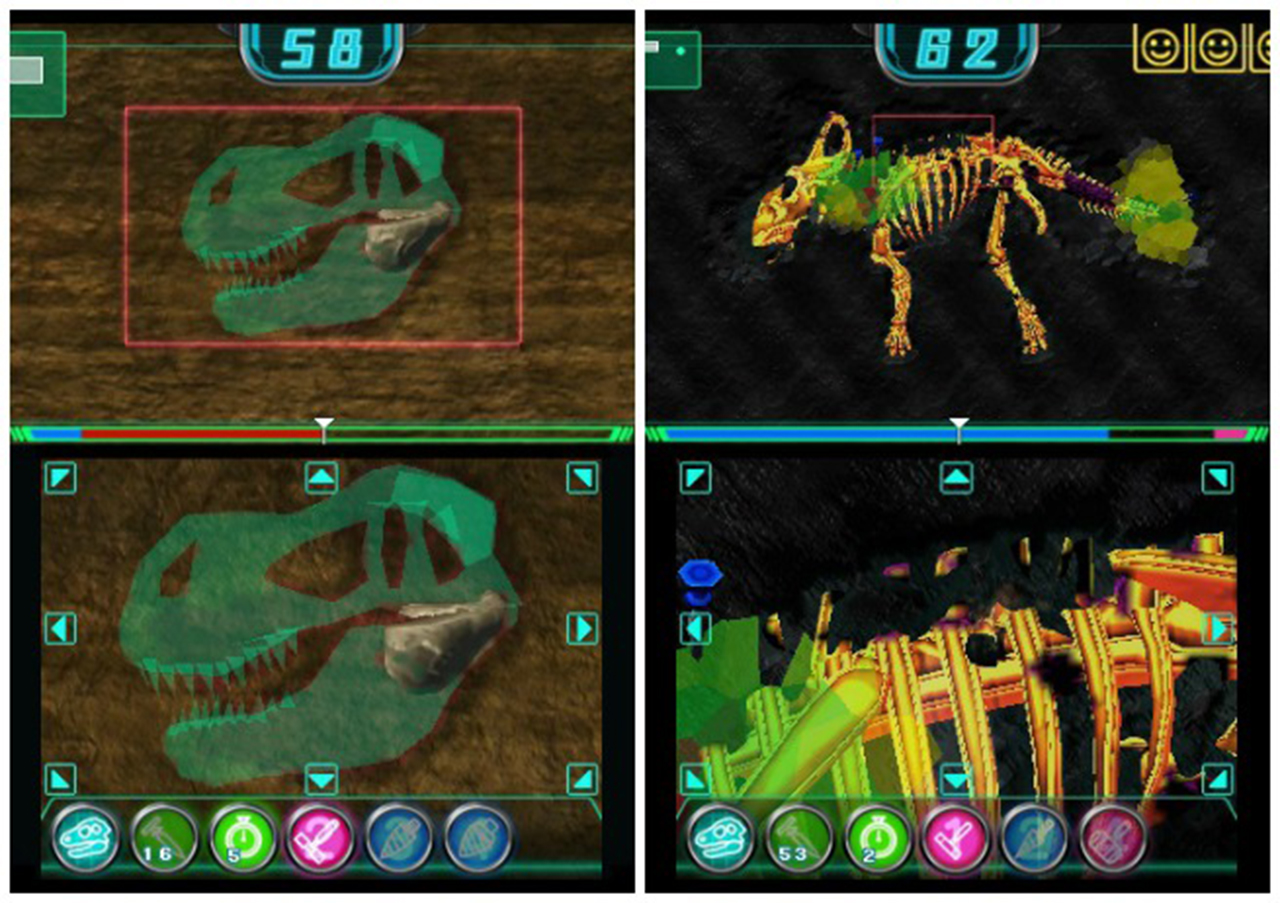 The story plays out like a long wait at home affairs, boring, and with very little excitement. The characters and cast are as dull as an episode of Keeping up with the Kardashians, although I think some of their episodes have better script writing than this. The characters are cliché with the fat kid rolling around on his stomach smashing into things, the rebel becomes an illegal street racer, and the leaders are all full of themselves and need a fat slap.

You spend most of your time in the game driving around a 3D world in what is called a “Bone Buggy”. As you explore the world, or a section of it at a time, you will mine fossils. The mining takes you into a small mini game where you have a certain amount of time to clean a fossil beneath the rock. You get a duster and a drill. The aim it to be as delicate as possible but at the same time you need to clean the fossil as quickly as you can. Damaging the fossil will result in the health of it lowering, when it has been damaged below a certain threshold it will break failing the mini game and resulting in the inability to summon the fossil. This fossil mini game is probably the best part of the game. 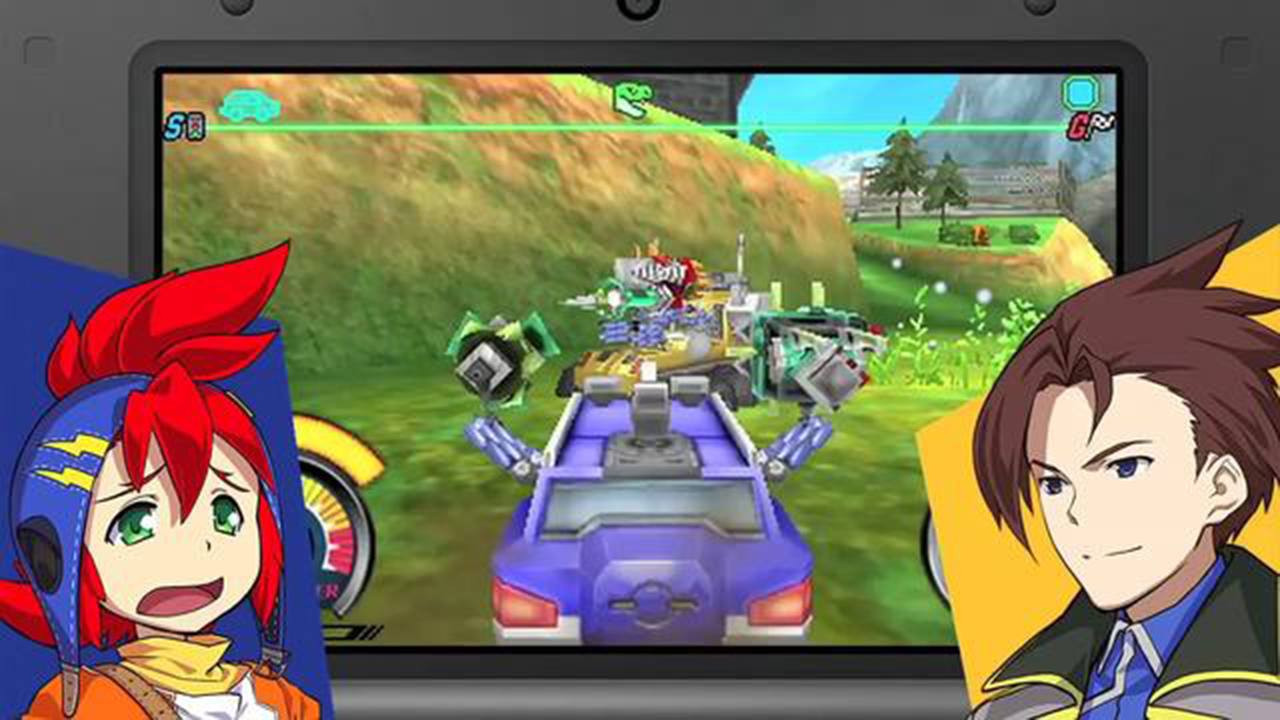 Once you have summoned fossils and have a team with you, you will be ready to take part in battles. These battles always see you take on other Vivosaurs with a team of two other AI controlled team mates. This is all fun and dandy if the AI worked, which it does not. The AI make dumb decisions that often cost you the match as well as drag the battles on by making a slow decision, when all you needed was one more attack to finish the match.

You have an upper hand on certain elemental Vivosaur types as well as a weakness to certain types too. Certain attacks will deal more damage to certain enemies and change the stance in battle. This stance system will allow you to deal greater damage to Vivosaurs depending on what attack you are using and what stance the enemy is in. Saying this system is helpful is not lying, but again the experience is brought down by the game’s shoddy AI, ultimately ruining it. 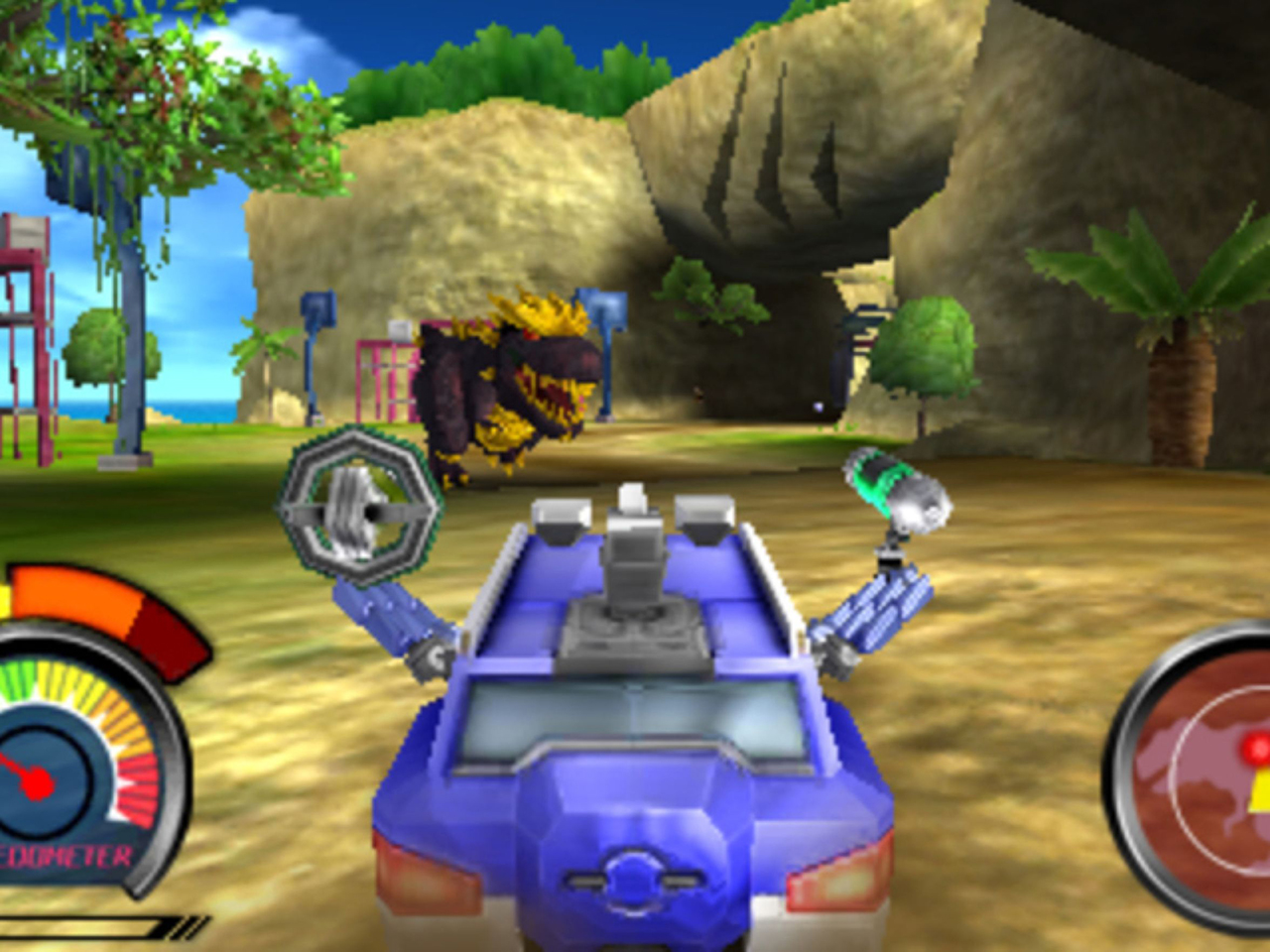 The game has very little going for it. It could have been a great Pokémon clone with simple battles and a great world to explore. You have so many different creatures that would fit into so many different locations, but by going in a completely different direction, it has brought the experience down. The fossil cleaning is fun, and the battles are great if you pretend that the AI is not there, but overall the game is not great.

Disclaimer: This Fossil Fighters: Frontier Review was conducted with a review copy that was sent to Tech Girl.